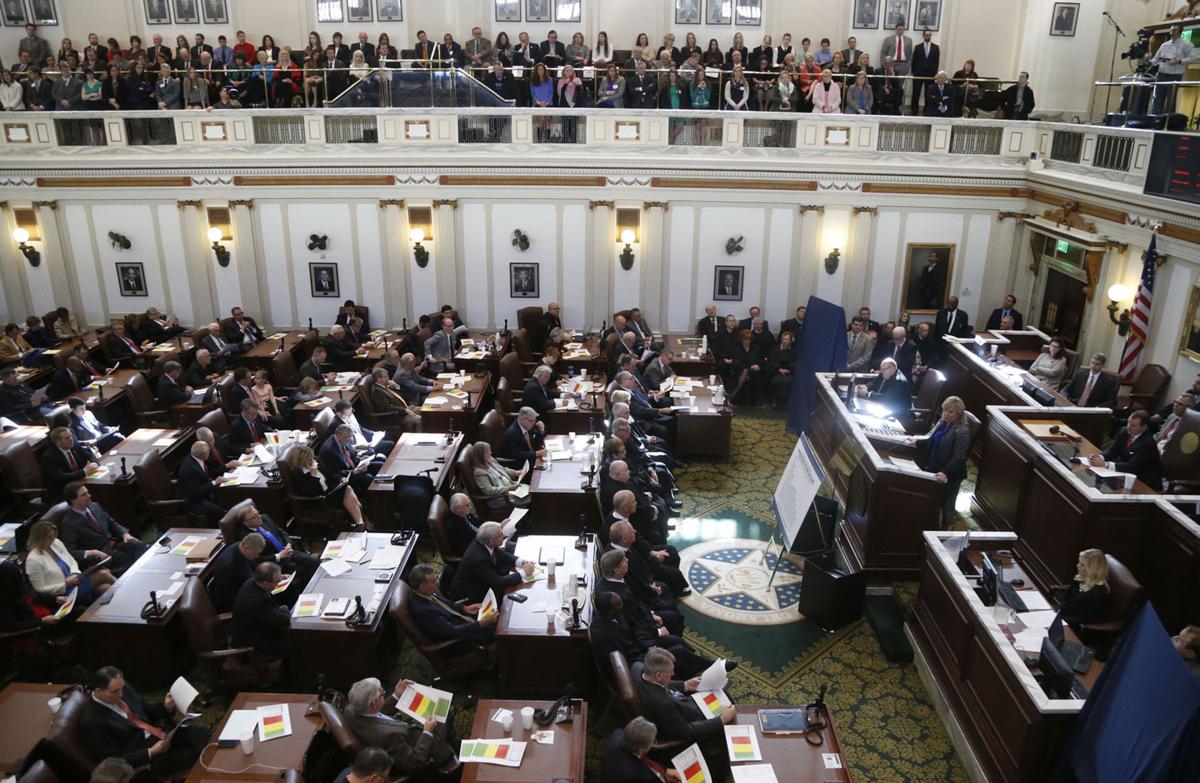 Lawmakers listen as Oklahoma Gov. Mary Fallin delivers her state of the state address at the state Capitol in Oklahoma City on Feb. 1, 2016. In a recent poll, 58 percent of respondents said they have an unfavorable view of Fallin’s job performance, and 57 percent disapproved of the job the Legislature is doing. MATT BARNARD/Tulsa World file 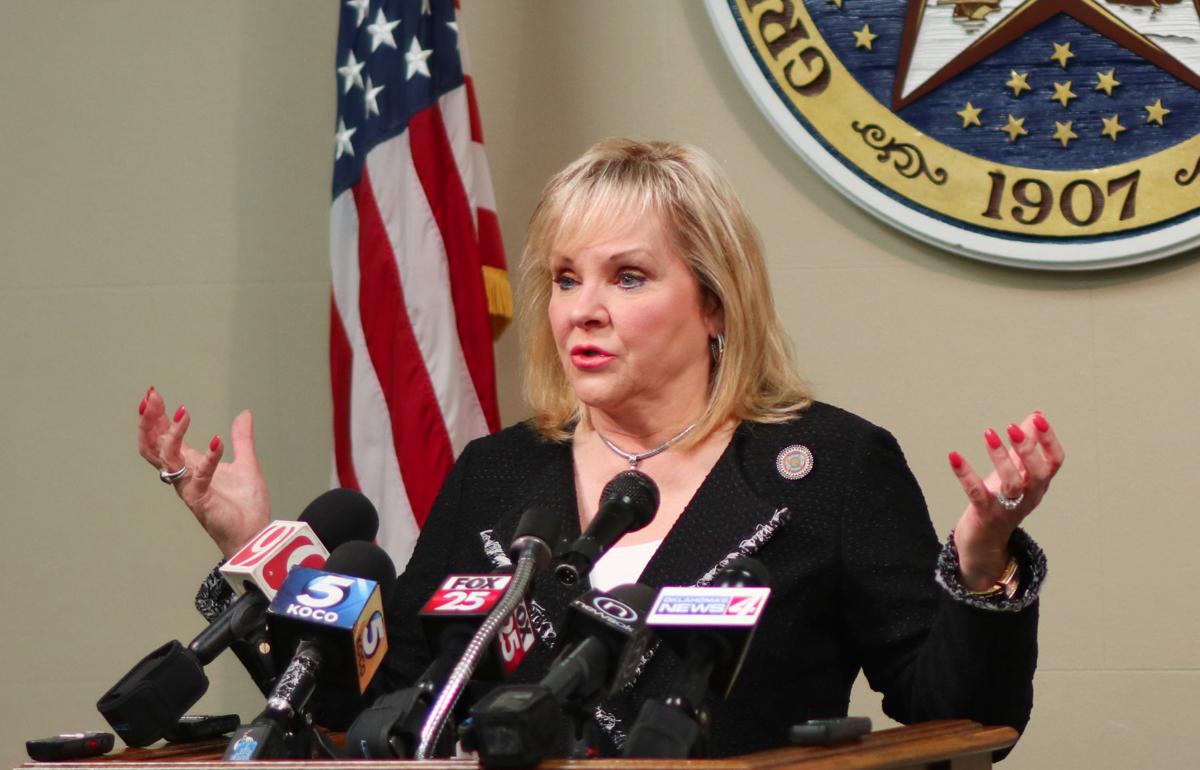 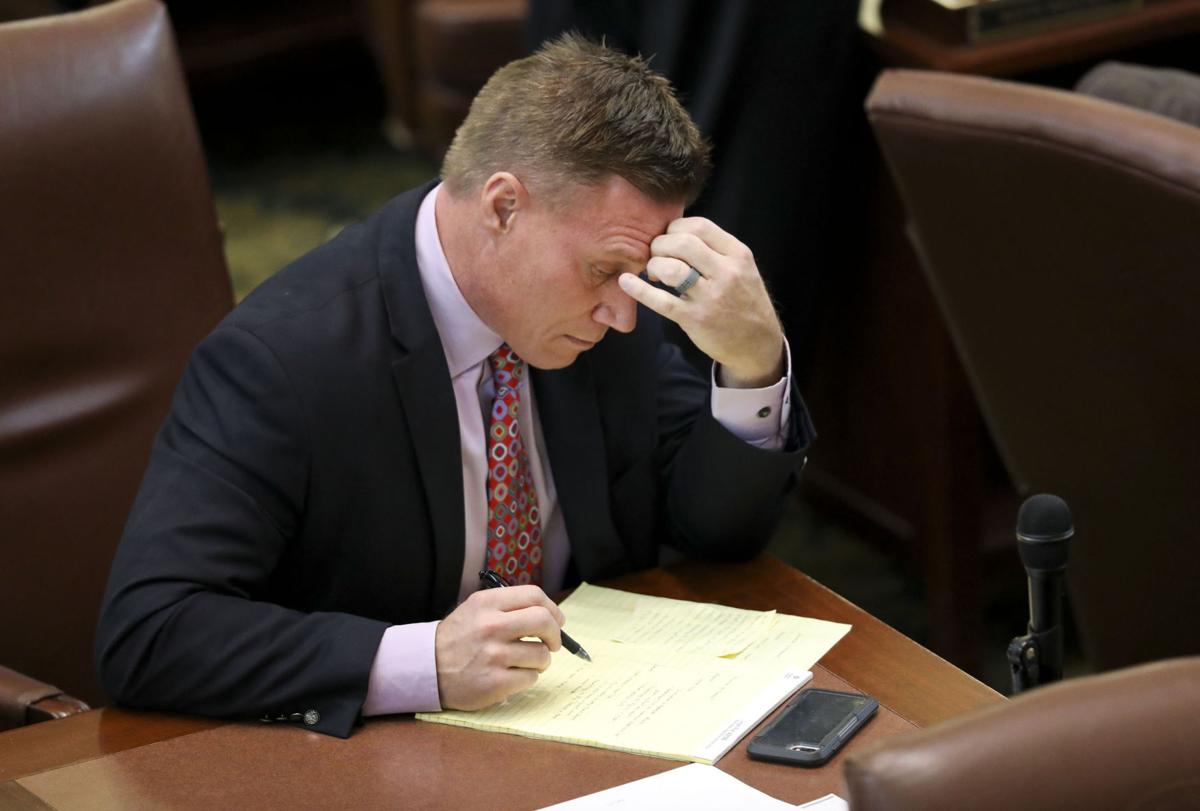 Rep. Todd Thomsen of District 25 reviews his notes during the special session in the House of Representatives at the Oklahoma State Capitol in Oklahoma City on Wednesday Nov. 8, 2017. JESSIE WARDARSKI/ Tulsa World 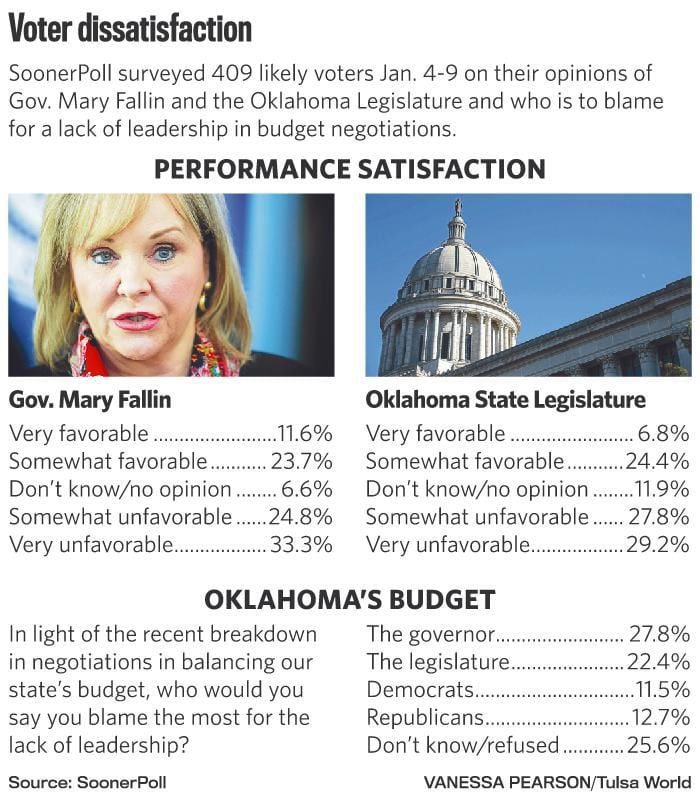 Oklahomans aren’t happy about their state government and are inclined to spread their wrath broadly, according to a recent SoonerPoll.

Budget scrapes, teachers fleeing to other states if not other professions, apparent mismanagement of the state Health Department, prison overcrowding, and interminable bickering between legislative leaders and Gov. Mary Fallin seem to have soured voters on the state’s leadership, the survey of 409 likely voters found.

Fifty-eight percent said they have an unfavorable view of Gov. Mary Fallin’s job performance, and 57 percent disapproved of the job the Legislature is doing. They blamed Fallin slightly more than lawmakers for the state’s budget problems, were they were about evenly divided on whether Republicans or Democrats were most to blame, and more than one in five couldn’t choose just one.

The numbers fit with growing speculation that 2018 could be very difficult for incumbents, several of whom have elected to leave the Legislature rather than seek re-election.

“Legislative bodies never poll well,” said SoonerPoll President Bill Shapard. “The voting public, though, blames Mary Fallin more than the Legislature for the situation. People like finality, and what Mary Fallin is not giving them is finality.”

The only real difference between Fallin and the Legislature is that more people are undecided about the latter. Just 7 percent of those surveyed said they have a “very favorable” opinion of the Legislature, lower than even Fallin’s modest 12 percent. Each was rated “somewhat favorable” by 24 percent.

In another question, respondents were asked whom they blamed most for lack of leadership on the budget. Twenty-eight percent said Fallin, compared to 22 percent for the Legislature. Republicans in general were blamed by 13 percent, and 12 percent blamed Democrats.

Interestingly, the higher the respondent’s level of education, the more likely he or she was to blame the Legislature instead of Fallin.

Republicans have been battered from the right and the left as tightening revenue has created pressure to raise taxes, cut spending or both.

With some success, the minority Democrats have tried to lay blame on the ruling GOP, but that has led to charges of sabotaging Republican efforts to raise teacher pay and adopt revenue-raising measures.

“What people want,” Shapard said, “are solutions to their problems.”

Germany's Rostock Zoo has announced the recent birth of polar bear twins and showed how proud mother "Sizzel" tending to her offspring.

Dr. Jennifer Clark said hospitals could encounter another “nightmare winter” if influenza hits hard: “Given the fact that we did not have a flu season last year, we’re at risk for having the classic twindemic they’ve been talking about."

All 3 men charged in Arbery's death convicted of murder

All three white men charged in the death of Ahmaud Arbery were convicted of murder Wednesday in the fatal shooting that became part of a larger national reckoning on racial injustice.

COVID-19 surge starts sooner than projected, but not expected to be worse than delta wave, OU epidemiologist says

"The question is just how high are those hospitalizations and cases going to go," said Dr. Aaron Wendelboe, a University of Oklahoma epidemiologist. "As long as we don't have an emergence of a new variant, I don't think that the peak will be nearly as high was what we observed in August and September."

Lawmakers listen as Oklahoma Gov. Mary Fallin delivers her state of the state address at the state Capitol in Oklahoma City on Feb. 1, 2016. In a recent poll, 58 percent of respondents said they have an unfavorable view of Fallin’s job performance, and 57 percent disapproved of the job the Legislature is doing. MATT BARNARD/Tulsa World file

Rep. Todd Thomsen of District 25 reviews his notes during the special session in the House of Representatives at the Oklahoma State Capitol in Oklahoma City on Wednesday Nov. 8, 2017. JESSIE WARDARSKI/ Tulsa World