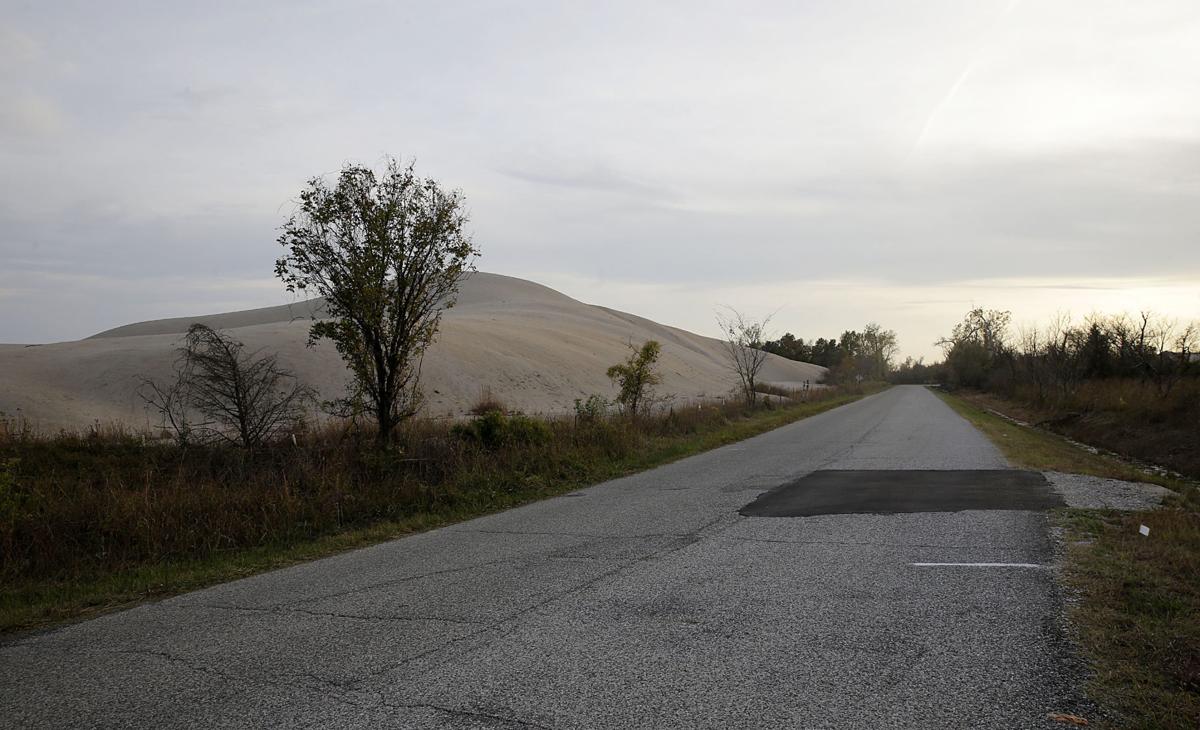 Chat piles consisting of mining waste dot the landscape in what remains of the town of Picher. MIKE SIMONS/Tulsa World file 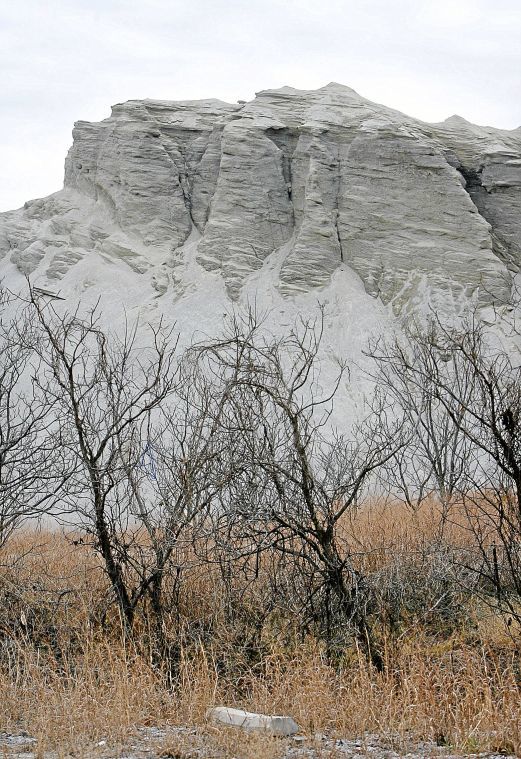 Barren trees are dwarfed by a chat pile in Picher in 2010. MATT BARNARD/Tulsa World file

A federal investigator found no irregularities or law violations related to the handling of a contract to dismantle and remove buildings in the Tar Creek Superfund site in far northeastern Oklahoma, according to a little-seen 2013 report by the Environmental Protection Agency’s Office of Inspector General.

“Extensive record reviews and interviews were conducted and did not disclose evidence to support the allegations,” Special Agent Susan Chandler wrote in the OIG report, which has not been generally available to the public, although a redacted copy was obtained by a trust member in 2014 through a Freedom of Information Act request.

Separately, the Tulsa World obtained a copy through a third party. OIC officials confirmed its authenticity.

Chandler’s conclusions were at odds with those apparently reached by the state auditor and inspector’s office, which conducted an investigative audit of the Lead-Impacted Communities Relocation Assistance Trust, or LICRAT, over several years beginning in 2011.

The A&I audit has never been released, but public and private statements of those familiar with the document indicate it suggests mismanagement and possible criminal conduct related to the Tar Creek contract.

Scott Pruitt, then Oklahoma’s attorney general, ordered the audit sealed in 2015 after giving a portion of it to LICRAT’s attorney, Andy Lester.

At the time, Pruitt said the audit unfairly made “unsubstantiated criminal allegations against private citizens.”

This deepened a feud between Pruitt and Auditor and Inspector Gary Jones, who still insists the audit should be released to the public, and bristles at the suggestion it may have been poorly done.

“If the attorney general thinks the auditor and inspector’s office did shoddy work, I’d think he’d want the public to see it,” Jones said last week.

The audit and the Tar Creek project again became an issue last year when Pruitt, a sworn enemy of the EPA and ally of some of the nation’s largest polluters during his years as Oklahoma’s attorney general, was nominated to and subsequently became EPA administrator.

He is also a protege of, and possible successor to, U.S. Sen. Jim Inhofe, who was instrumental in setting up LICRAT and a foe of environmentalists.

Pruitt has thus become the subject of numerous investigations by journalists and environmental groups, with the emotionally charged and politically fraught Tar Creek saga a particularly appealing rock to look under. In November, Washington-based Campaign for Accountability sued to force the state audit’s release.

The OIG report lists 15 allegations against LICRAT and project engineer Jack Dalrymple. Most deal with claims that Dalrymple and perhaps trust members conspired to rig the bidding process on a $3 million contract to remove and dispose of abandoned buildings and otherwise rehabilitate the Tar Creek site.

“I’m not afraid of that being released because the trust was just hard-working people who did the right thing,” he said. “I can tell you every single person on that trust was honest and true.”

The allegations, made in a 2012 qui tam lawsuit by Billy Freeman Jr. and Joe Crawford of Ottawa County, also included claims that the work was not done properly.

Chandler, in her report, found each claim without merit. She says the work was done satisfactorily, and notes the contract was for a lump sum, which made questions about how components of the contract were carried out irrelevant.

The suit was dismissed in October 2013, in large part on the basis of the OIG investigation.

Chandler’s report, which is marked “restricted” and “for official use only,” was apparently intended for internal use only. Its primary purpose was to determine whether the federal government should join in the qui tam lawsuit.

A qui tam suit is one brought by private citizens alleging fraud against the federal government under the False Claims Act. This particular suit was one of several actions taken by area residents upset with the handling of the Tar Creek operation.

Most complaints dealt with the buyout — offers too high or too low — but the state and federal investigations in question dealt solely with the removal and rehabilitation contract.

The OIG report says LICRAT made several missteps early in the process, and eventually turned the bidding over to what was then the state’s Office of Central Services.

The portion of the A&I audit given Lester dealt with that stage of the investigation, but people familiar with the entire document, who agreed to speak only on background, say it outlines irregularities before and after Central Services took over.

Lester says those allegations are baseless.

The politics of the Tar Creek cleanup have always been complex. Besides the Pruitt angle, they involve the rivalry between Inhofe and his former colleague, Tom Coburn, whose staff indirectly initiated the state audit by bringing documents to Jones’ office in 2011.

Jones sent the material to Pruitt, who returned it with a letter ordering an investigation.

“This is all because of politics,” said Dalrymple, who for decades has been embroiled in lawsuits against the state and federal government over flooding in Ottawa County. “Nobody really cares about our little area. ... I guarantee you (the state is) not trying to protect me.”

Chat piles consisting of mining waste dot the landscape in what remains of the town of Picher. MIKE SIMONS/Tulsa World file

Barren trees are dwarfed by a chat pile in Picher in 2010. MATT BARNARD/Tulsa World file 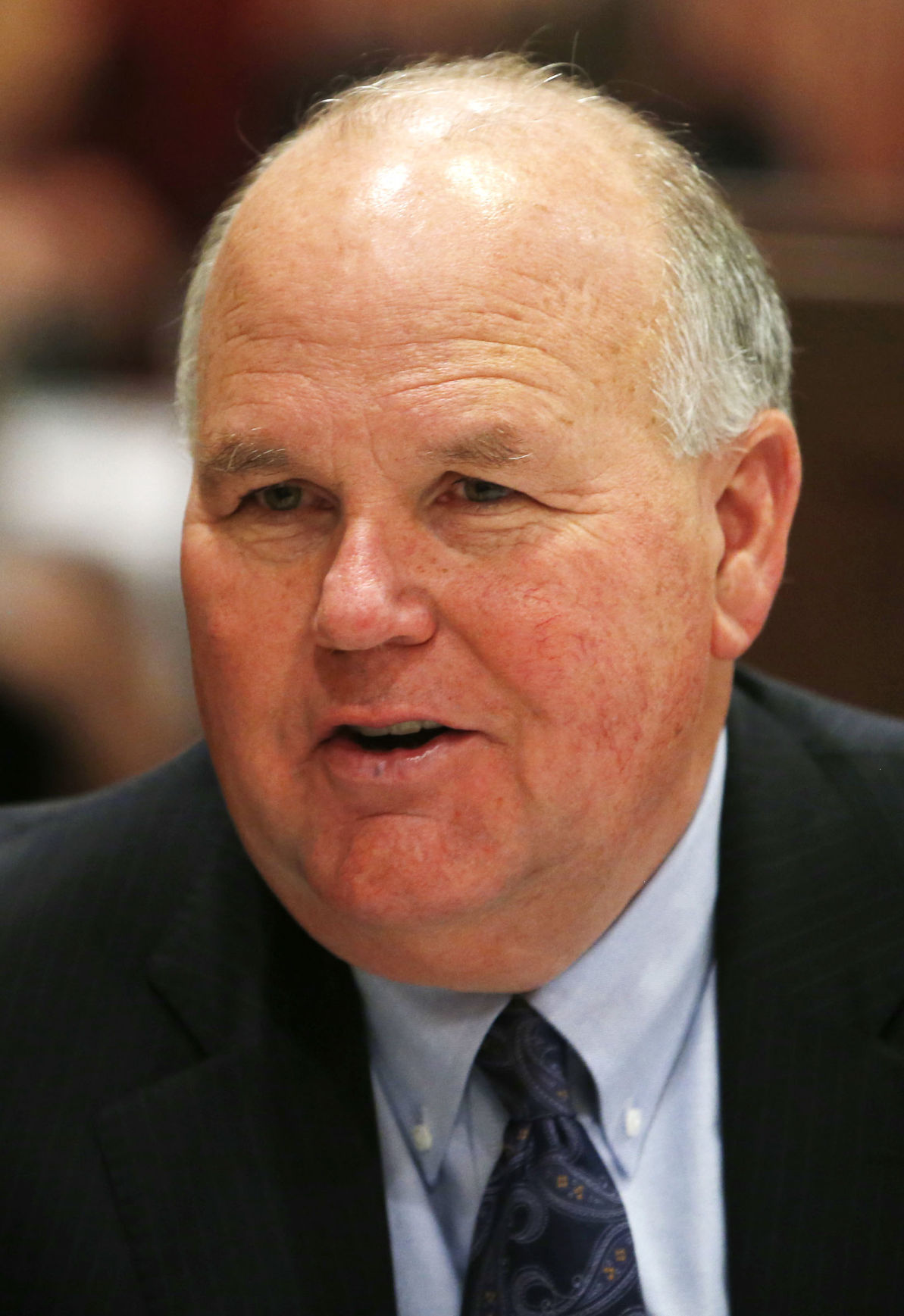