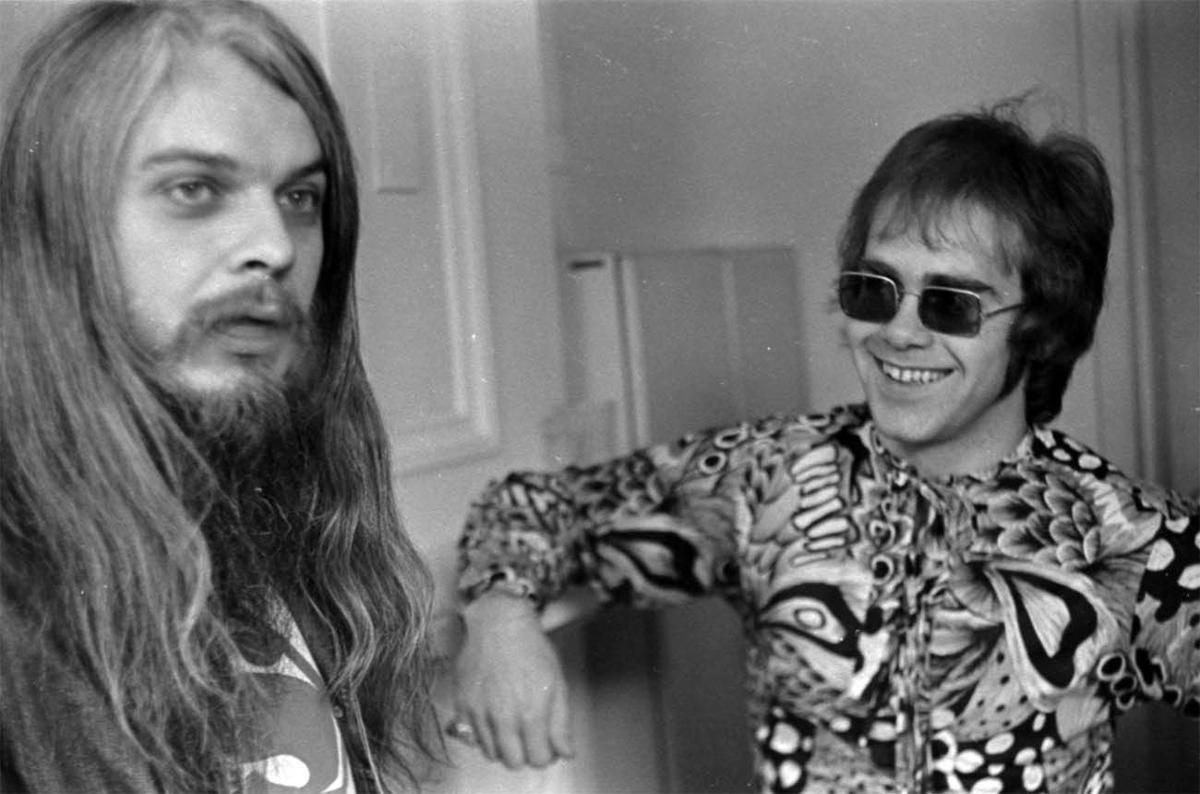 Thanks to a contribution from a superstar in the music world, a memorial to Leon Russell is closer to becoming reality.

“I think it’s great,” Todoroff said. “We had been hoping to get maybe a higher-profile, notable friend of Leon’s to maybe chip in, and we are glad it was Sir Elton because of their shared history and the fact that he raised Leon’s profile again a few years before he passed away.”

Russell, a Rock and Roll Hall of Famer and an alum of Will Rogers High School in Tulsa, died Nov. 13, 2016.

After Russell’s death, a venture was launched to build a planned permanent monument to honor Russell at historic Memorial Park Cemetery in Tulsa. Todoroff said he reached out to Sir Elton about the project, and the music legend green-lighted a $5,000 donation from the Elton John Charitable Fund.

“He loves Leon,” said Todoroff, a Leon Russell historian. “He has for many decades now. I think this was his way to kind of pay tribute with the other donors for a lasting monument there in Tulsa, where people can visit and come pay their respects and pay tribute to Leon.”

“Leon went and saw Elton when he came to the U.S., and I believe it was at the (Troubadour night club in Hollywood),” he said. “Elton was a big fan of Leon’s. There are stories all over the web about that. When he saw Leon out in the audience, he just froze, and Leon told him, ‘Go ahead, go ahead.’ They got together after the show and then he came up to Leon’s house the next day, and they did some playing and recording and actually had some touring together where Elton opened for Leon at a show in Anaheim and then at Bill Graham’s two venues — the Fillmore East and Fillmore West. They had shows together, and Elton opened for Leon back then. When they got back together in 2010, it was reversed. Leon opened for Elton.”

During a 2010 joint concert at the BOK Center, John said Russell was always his hero.

“This night is special,” he said. “Tonight, we’re in Leon’s hometown.”

Todoroff said the Leon Russell Monument Fund is now less than $3,500 away from reaching a goal of $42,000. To donate, go to gofundme.com/leonrussell or preservemusic.org. An illustration of the proposed granite monument is available at both sites.

Among upcoming fundraisers are an April 20 Alarm 58 concert at Cain’s Ballroom and an April 21 event at Circle Cinema. The April 21 event — titled “The Extraordinary History of Leon Russell” — will include a lecture by Todoroff. For tickets and information, go to cainsballroom.com and circlecinema.com.

Coburn, who became a professional musician at age 12, is performing Friday, Sept. 24 at Maggie's Music Box.

Wilderado is a Tulsa-based indie rock trio with a roster of Tyler Wimpee, Maxim Rainer and Justin Kila.

The music artist appreciates the role that Tulsa has played in his career.

The concert is scheduled Friday, Sept. 24.

Sarah Dash, who sang on 'Lady Marmalade' with Labelle, dies at 76

Singer Sarah Dash, who co-founded the all-female group Labelle, best known for the raucous 1974 hit "Lady Marmalade," has died. She was 76.