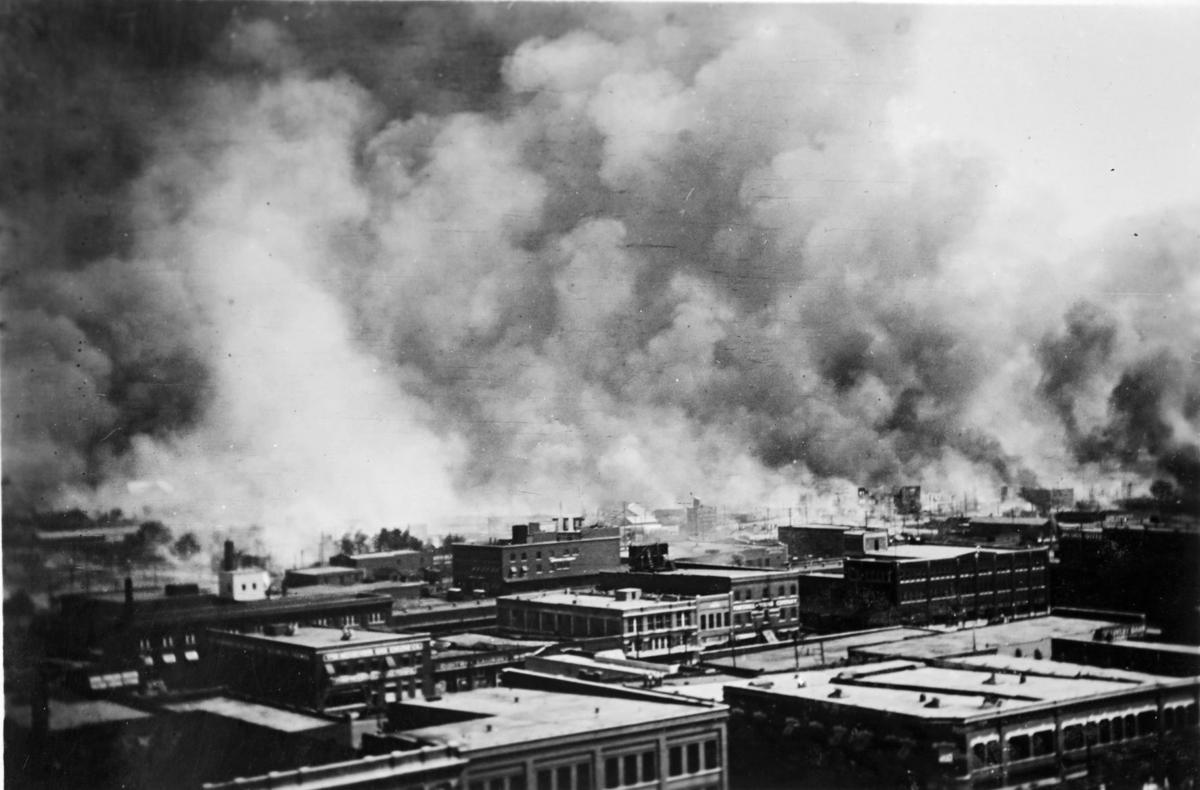 Clouds of smoke rise over the Greenwood District during the Tulsa Race Massacre. 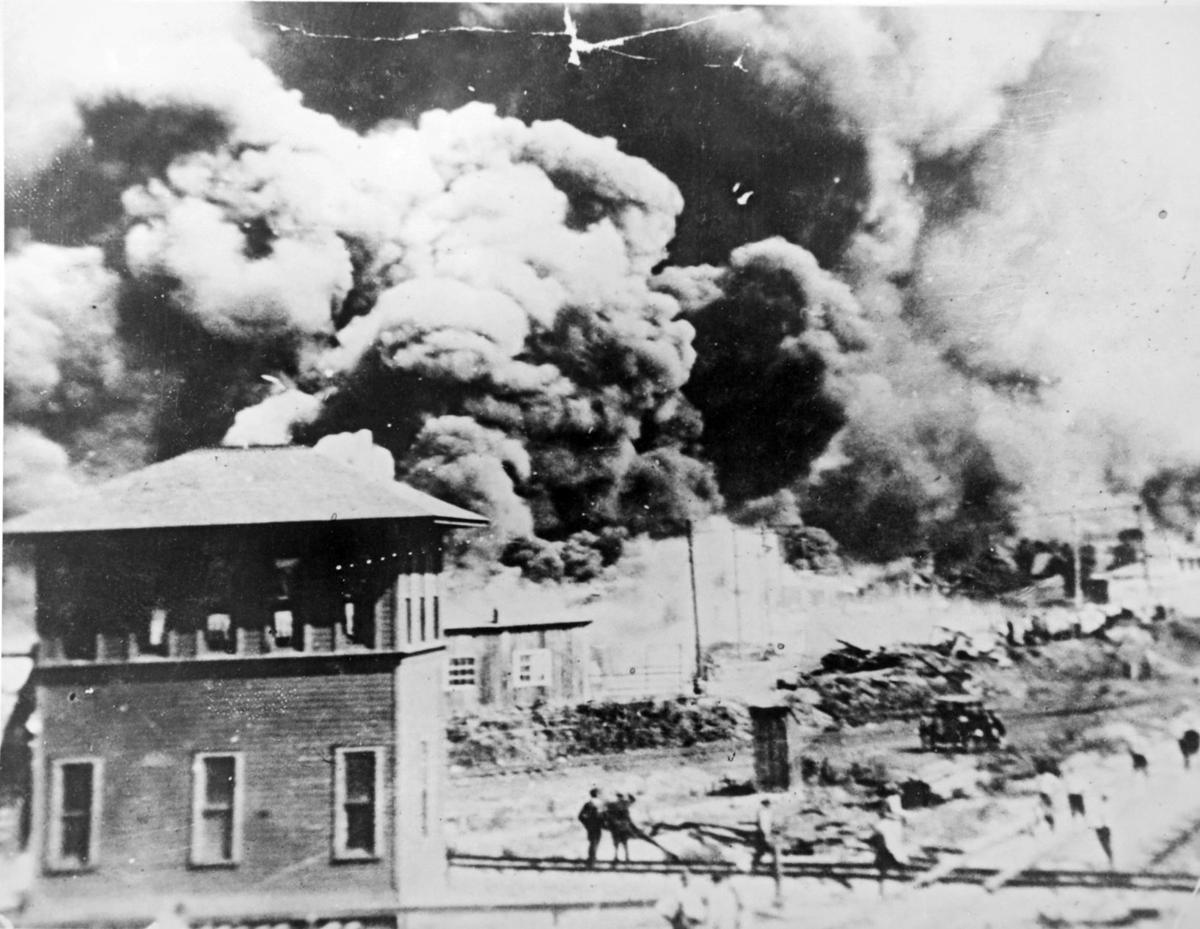 Smoke billows from buildings in Greenwood during the 1921 Tulsa Race Massacre. Photo courtesy of Department of Special Collections, McFarlin Library, The University of Tulsa 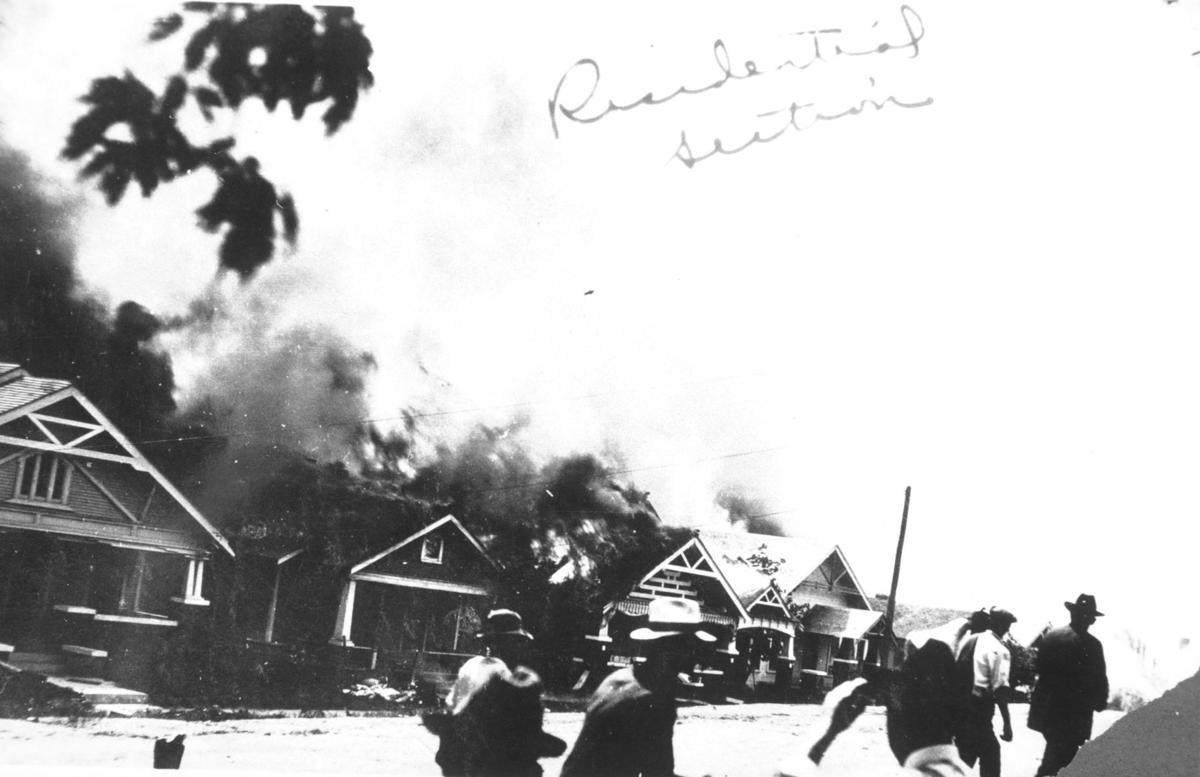 Homes burn in Greenwood during the 1921 Tulsa Race Massacre. Courtesy of Department of Special Collections, McFarlin Library, The University of Tulsa 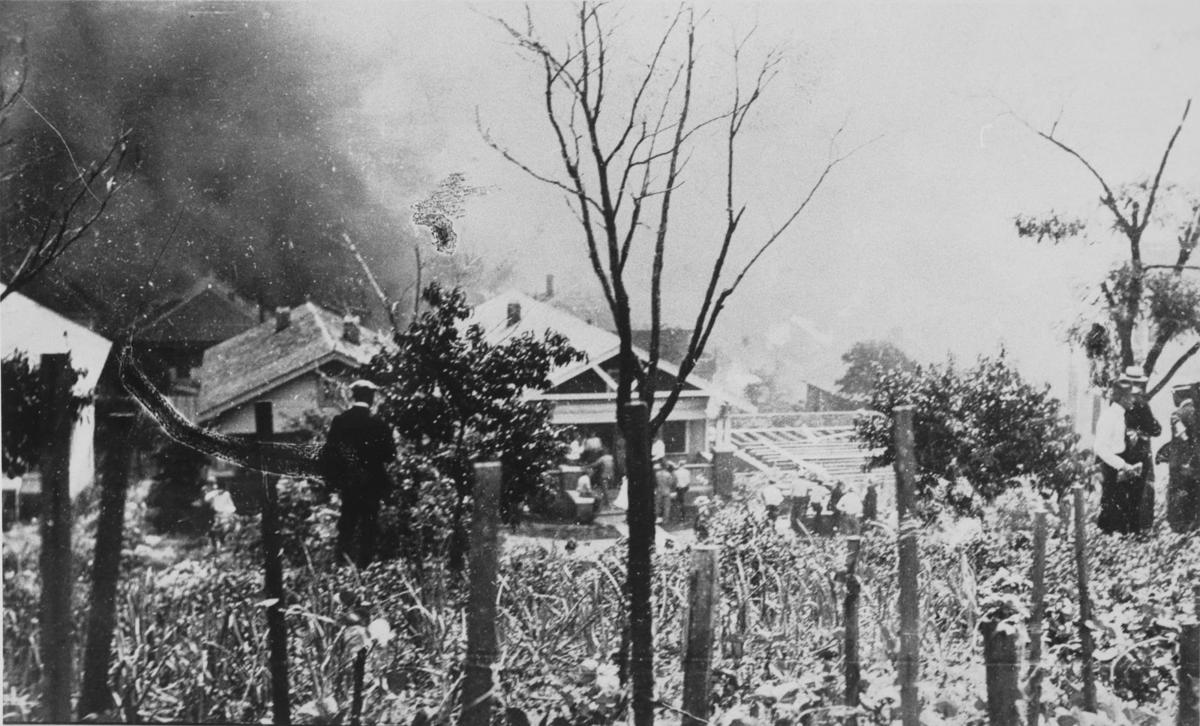 So intent were the white rioters on destroying Greenwood that they stopped firefighters from getting to the blazes.

Firefighters testifying in an insurance case several years later said they were threatened and even shot at when they arrived on the scene of the earliest fires. Later, they received orders from Fire Chief R.C. Alder not to respond to alarms from the Black district because of the danger.

That order remained in effect until the fires were out of control.

“It would mean a fireman’s life to turn a stream of water on one of those (N)egro buildings,” Alder said. “They shot at us all morning when we were trying to do something but none of my men were hit. There is not a chance in the world to get through that mob.”

Unexplained was why no police or National Guardsmen were dispatched to protect the firefighters and perhaps dispel the mob.

Editorial: Delta variant should concern everyone, including fully vaccinated Oklahomans

A virus evolves through the process of natural selection, the editorial says. The more people who are infected, the greater the chances that a more frightening, deadlier pathogen will attack.

Per the Houston Chronicle, OU and Texas "have both reached out to the SEC about potentially joining" the conference.

Clouds of smoke rise over the Greenwood District during the Tulsa Race Massacre.

Smoke billows from buildings in Greenwood during the 1921 Tulsa Race Massacre. Photo courtesy of Department of Special Collections, McFarlin Library, The University of Tulsa

Homes burn in Greenwood during the 1921 Tulsa Race Massacre. Courtesy of Department of Special Collections, McFarlin Library, The University of Tulsa