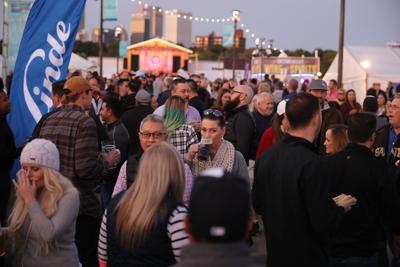 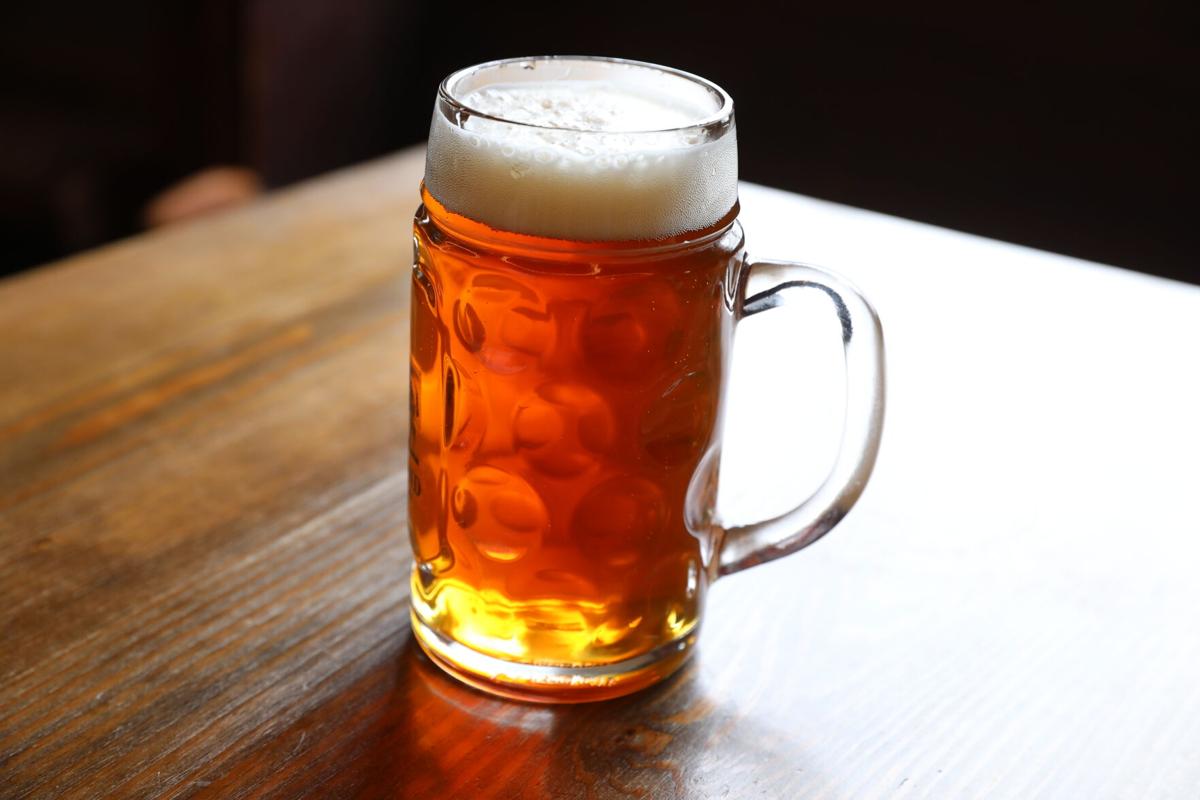 Marshall Brewing Company will be pouring its Oktoberfest lager at this year’s festival. 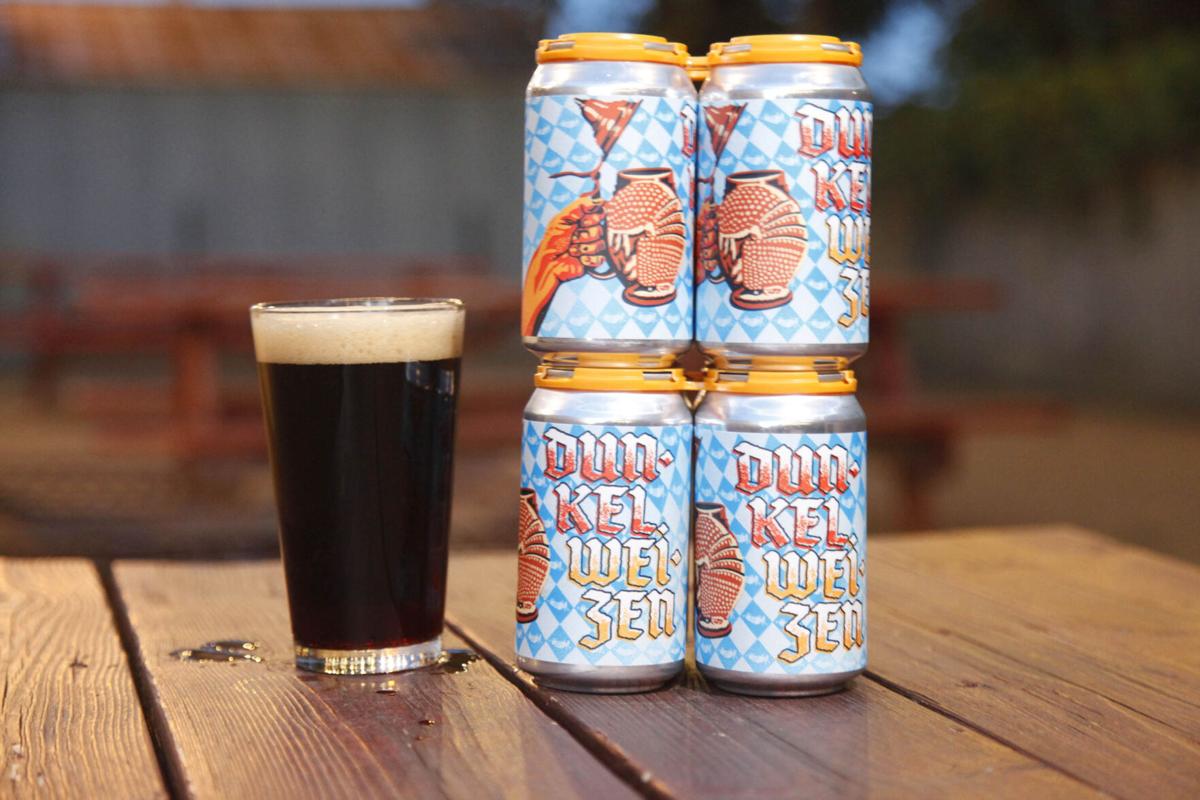 Dead Armadillo will bring its Dunkelweizen to Tulsa's Oktoberfest. 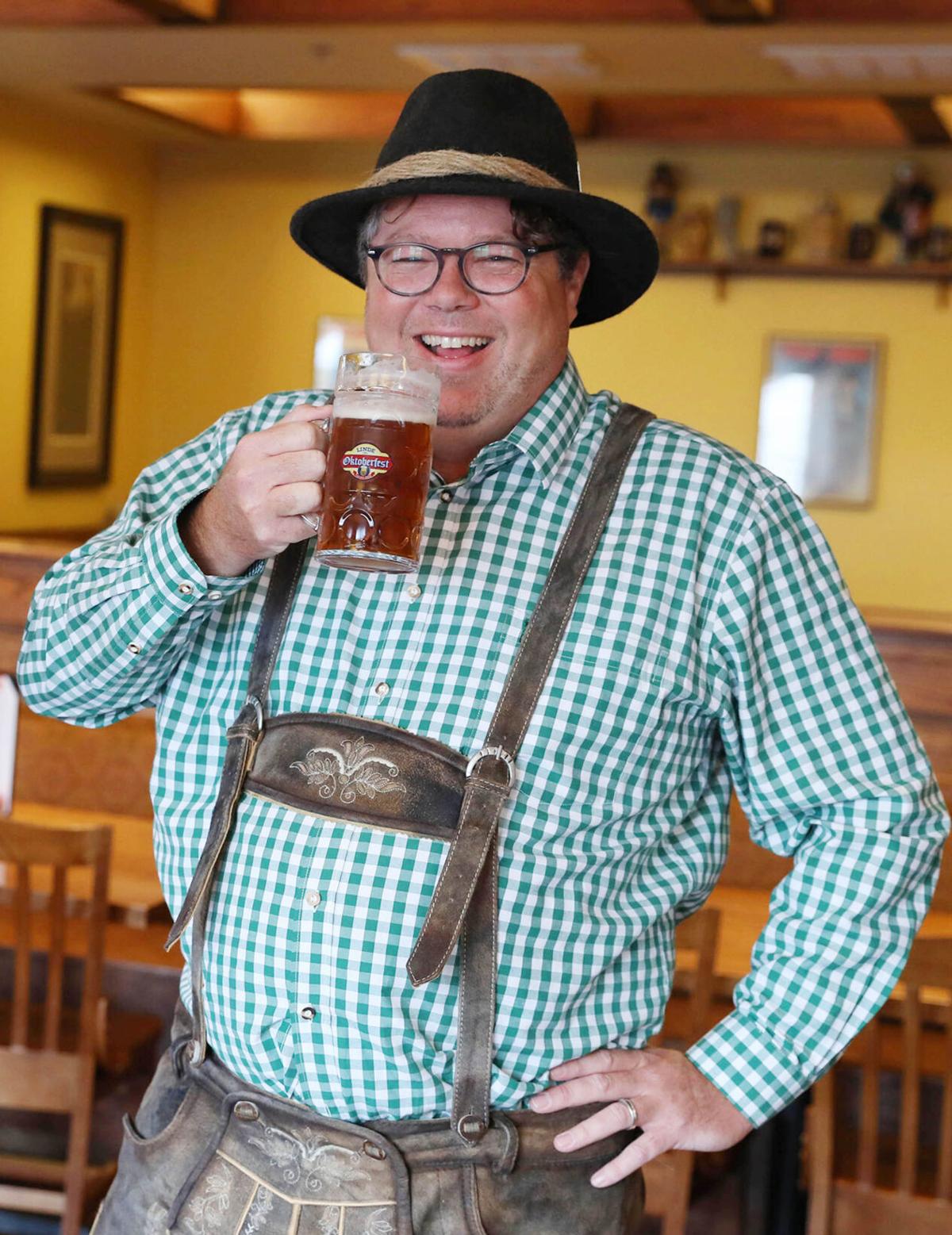 Oktoberfest Biermeister Ashley Webb, shown at Siegi's Sausage Factory on Oct. 10, 2019, says the new OK HOPtoberfest tent is not to be missed at this year's festival. 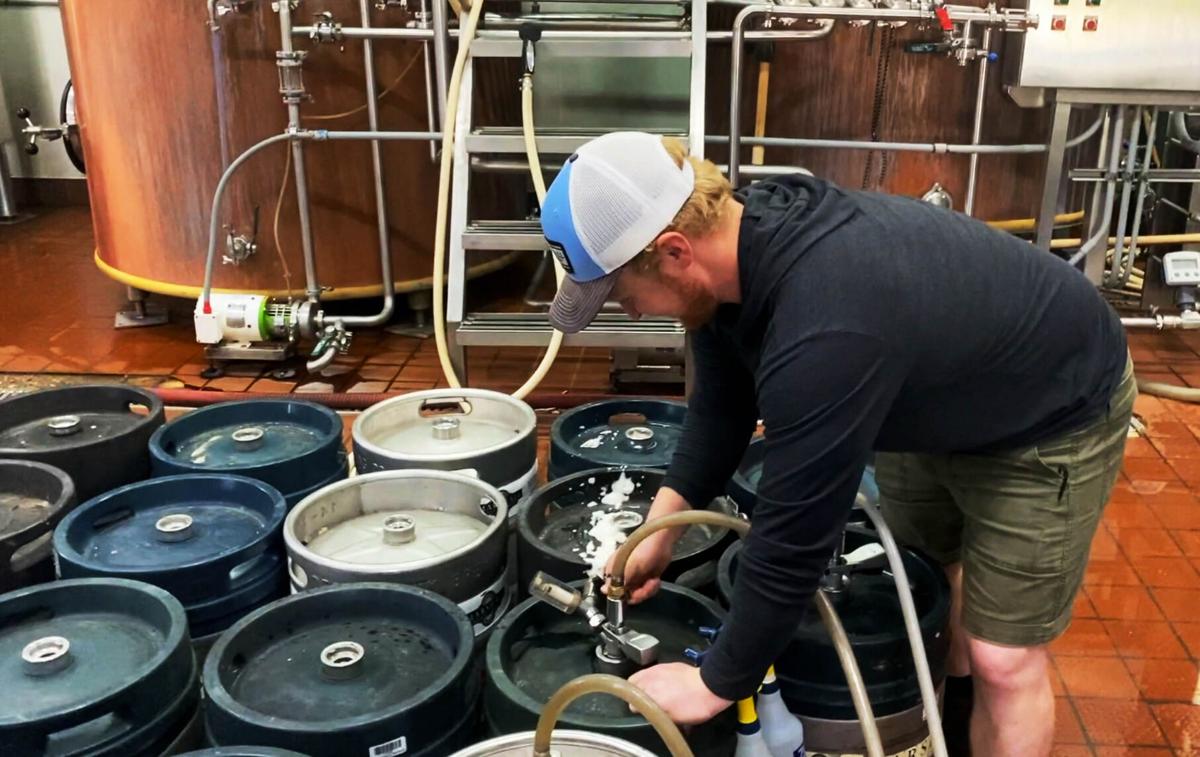 Cody Driscoll fills kegs of Oktoberfest beer to be shipped to the Linde Oktoberfest on Oct. 10. 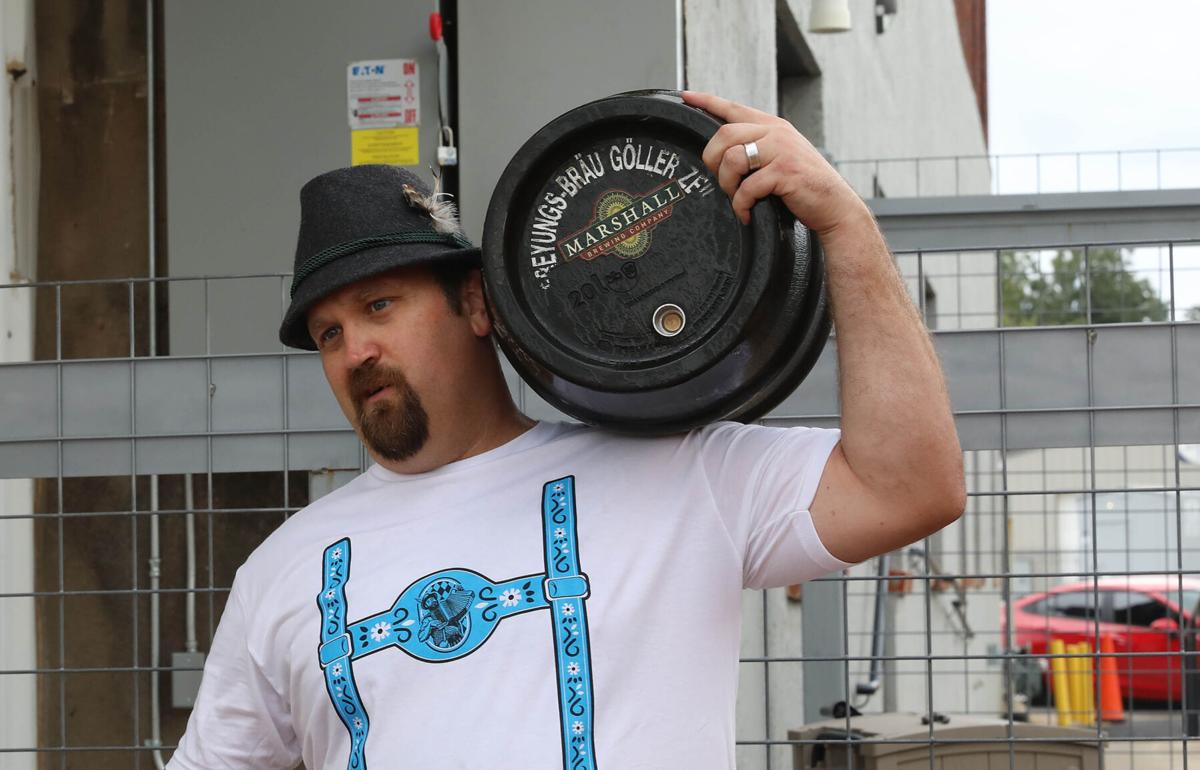 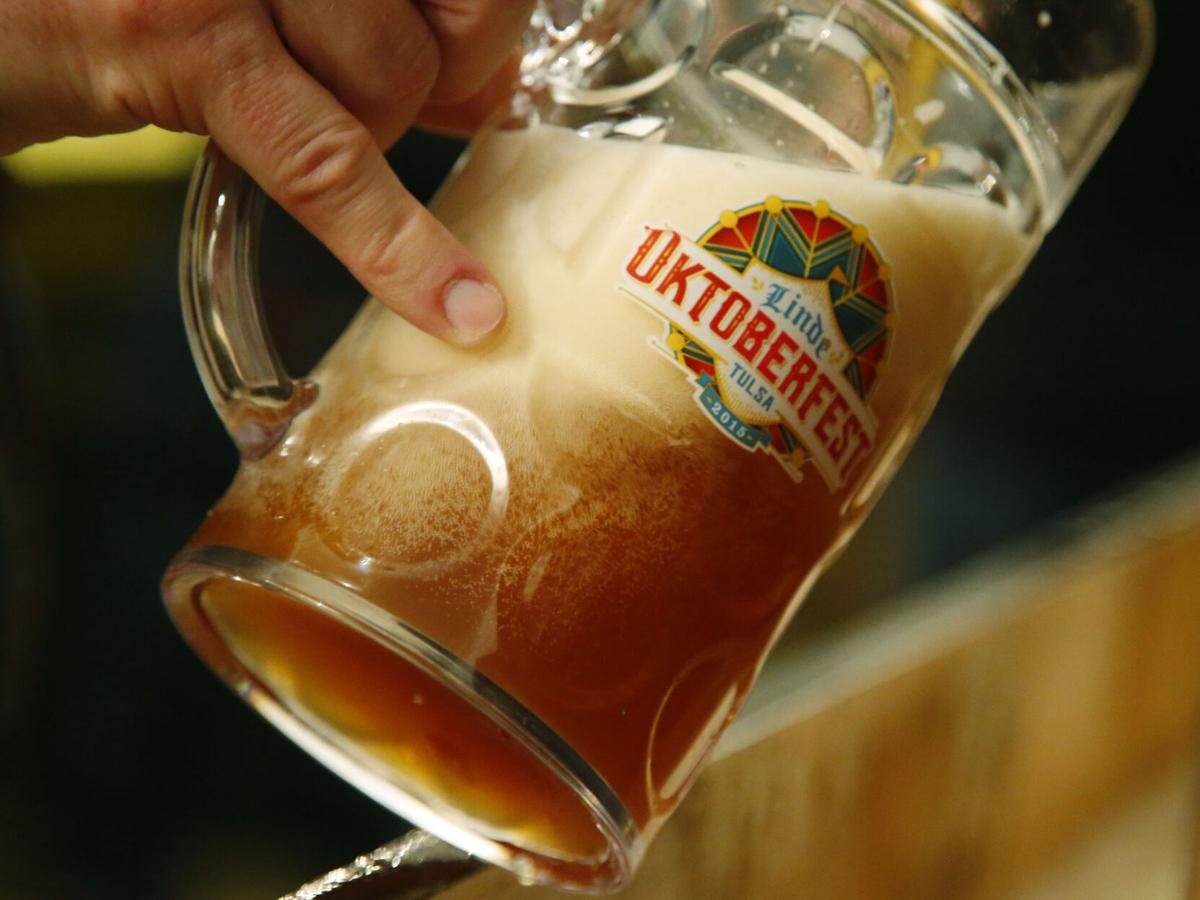 A beer is poured in the Fassler Hall Stammtisch tent presented by Marshall Brewing Company during Linde Oktoberfest at the west festival park on Oct. 21, 2015. 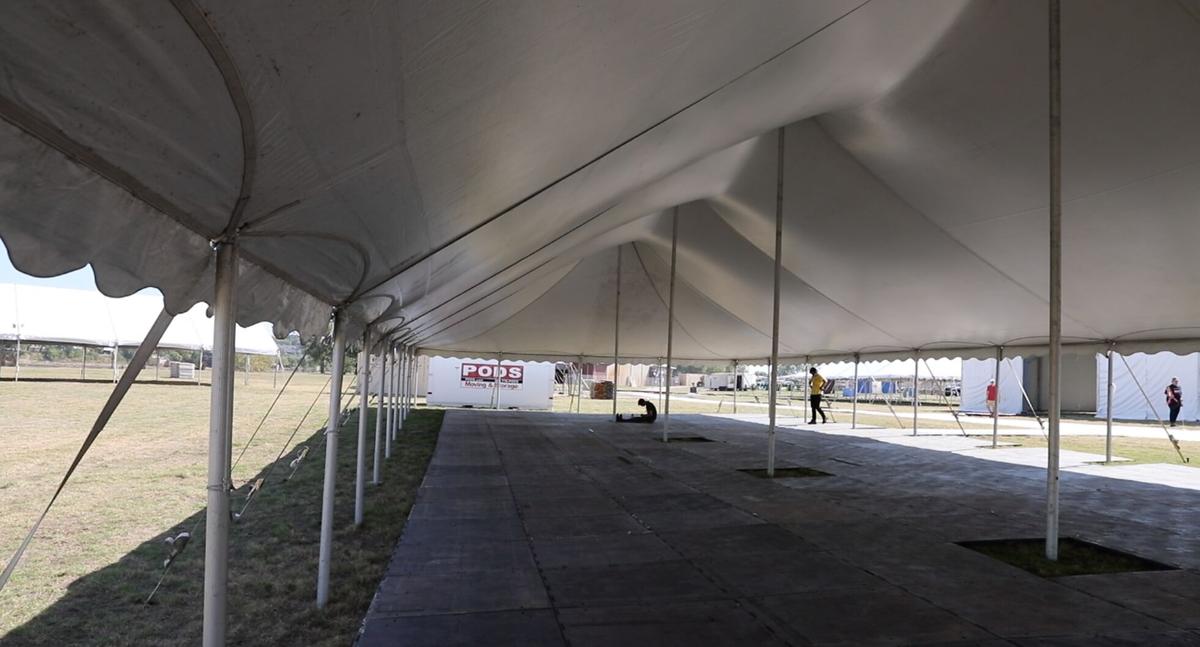 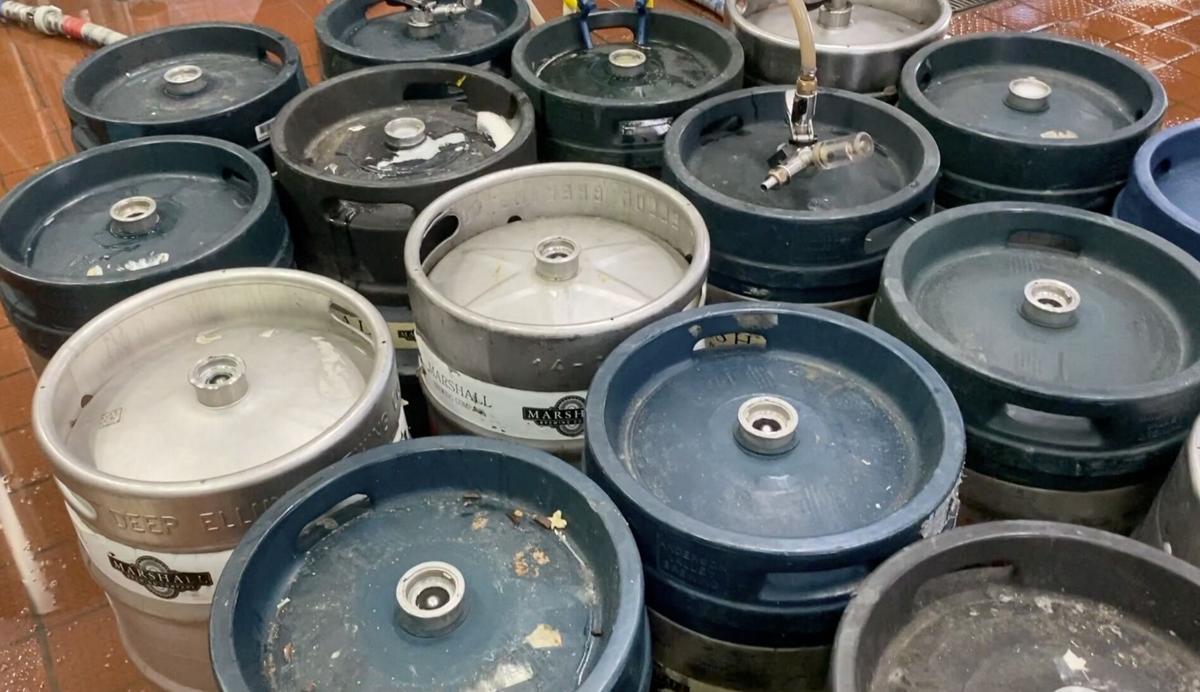 Kegs of Oktoberfest beer are being filled and readied to shipped to the Linde Oktoberfest on Oct. 10, 2021. 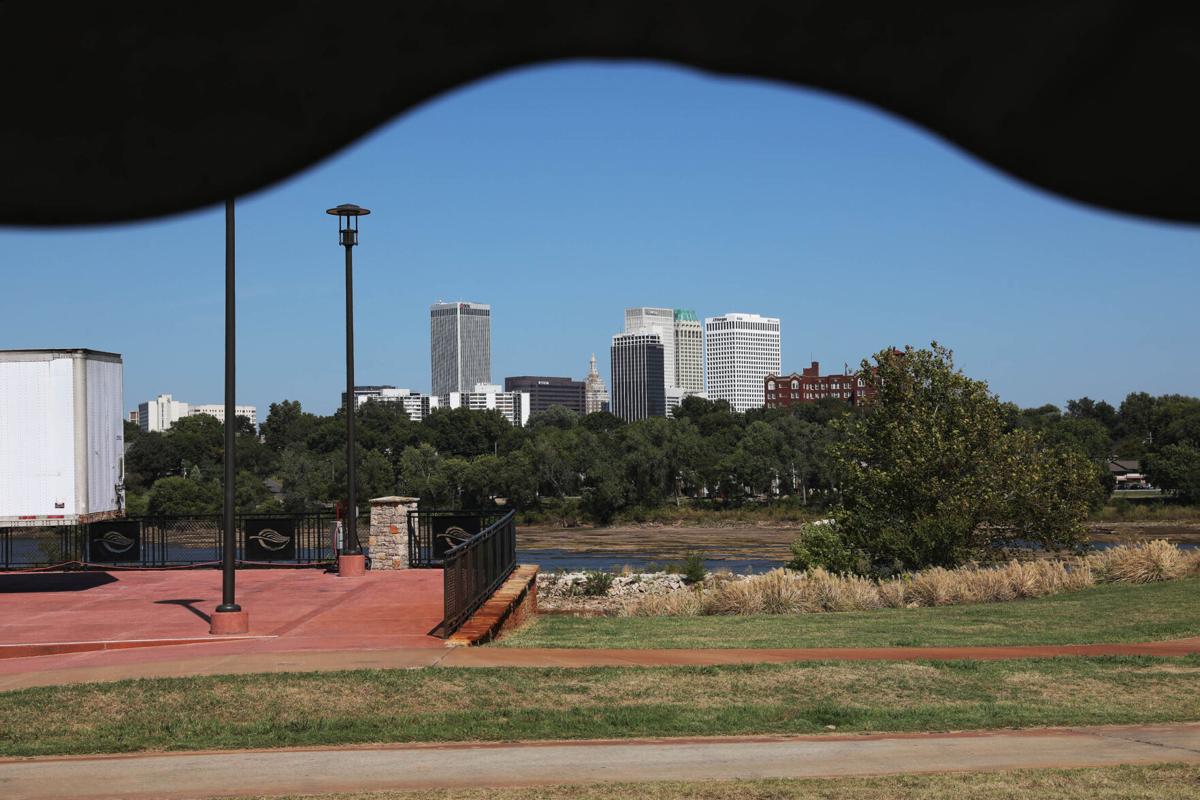 The view of the skyline from the new Marshall Brewing Stammtisch at Linde Oktoberfest.

Linde Oktoberfest Tulsa is back after a year off, and Tulsa’s thirst for German beer is greater than ever. River West Festival Park will have plenty of local and international beers for your pent-up thirst.

Oktoberfest originated in Germany on October 12, 1810, as a wedding celebration of the crown prince of Bavaria, who later became King Louis I, to Princess Therese von Sachsen-Hildburghausen. The following year they added an agricultural fair, then in 1818, beer began flowing. It hasn’t stopped flowing since, except during the pandemic.Tulsa’s Linde Oktoberfest is back this year (after taking a pandemic break last year) and has new offerings in brewery tents and beers.

“2021 will see some new offerings and tents at Linde Oktoberfest Tulsa. One that shouldn’t be missed is the new OK HOPtoberfest tent, featuring brand new selections of German bier from Brauerei Göller as well as unique blends featuring the Sugarland Distillery (think Moonshine recipes) — definitely a new ‘twist’ on some of the more traditional offerings. Also new for 2021 will be our first all-cider tent, which shall be known as Alles Apfelwein,” Ashley Webb, Linde Oktoberfest’s Biermeister, said.

“I would note, too, that Brauerei Göller, commonly referred to as just Göller, is one of if not the oldest craft brewery in the world, tracing its first brewing license back to 1514. Göller, which only recently started exporting to the United States, won the 2019 Gold Medal in Meininger’s International Craft Beer Awards for its Dunkel,” Webb stated.Linde Oktoberfest also will feature new tents for local breweries Marshall Brewing Co. and Dead Armadillo and for Alles Apfelwein, and the Samuel Adams Rathskeller.

Eric Marshall, brewmaster and founder of Marshall Brewing Co., spent time learning to brew in Germany and his beers reflect that experience. Marshall has had a tent and been involved with Oktoberfest since they started brewing. This year they have a new tent in a new location. Marshall Brewing Stammtisch is now located just south of Das Glockenspiel.

“So we’re really excited about the new location. We’ve been working to expand our bar. You know, if you’ve been in our tent at Tulsa, Oktoberfest, you would know that we have what looks like the front of a German-style gas house or a German-style pub. And we’ve expanded that this year. We’ve expanded our draft lineup. I’m excited to announce the addition of our Vienna lager, a traditional German-style lager, amber copper in color, really smooth, and a little hint of light sweetness,” said Wes Alexander, director of Marketing for Marshall Brewing Co.

“This is always one of our favorite things to do,” Alexander said. “We love to really showcase it, this festival, the traditional German-style lagers that we brew and produce and offer. We start traditionally about six months in advance, getting ready for the festival. Our Oktoberfest started being brewed in July.”

Marshall will have lots of beer — 275 50-liter kegs, to be exact. All that beer has to be poured. To do that, it takes volunteers, and Oktoberfest wouldn’t exist without them.

Dead Armadillo’s tent, or Das Lokal Dead Armadillo, is just a couple of tents south of Das Glockenspiel. They will have plenty of brew there, too. They are bringing Tulsa Flag, IPA, Bavarian wheat and their Dunkel.

Marshall Brewing Company will be pouring its Oktoberfest lager at this year’s festival.

Dead Armadillo will bring its Dunkelweizen to Tulsa's Oktoberfest.

Oktoberfest Biermeister Ashley Webb, shown at Siegi's Sausage Factory on Oct. 10, 2019, says the new OK HOPtoberfest tent is not to be missed at this year's festival.

Cody Driscoll fills kegs of Oktoberfest beer to be shipped to the Linde Oktoberfest on Oct. 10.

A beer is poured in the Fassler Hall Stammtisch tent presented by Marshall Brewing Company during Linde Oktoberfest at the west festival park on Oct. 21, 2015.

Kegs of Oktoberfest beer are being filled and readied to shipped to the Linde Oktoberfest on Oct. 10, 2021.

The view of the skyline from the new Marshall Brewing Stammtisch at Linde Oktoberfest.