All you need to make the sort of barbecue served at Oakhart Barbecue is meat, salt, black pepper and smoke.

One could argue that such a recipe is the basis for just about any barbecue preparation. But finding ways to create complex magic with these four simple ingredients takes a unique measure of patience and skill that Oakhart Barbecue co-owners Brian Hodges and Chris Emmons have perfected.

“We’ve always had smokers, but we really didn’t get serious about barbecue until about seven years ago,” Hodges said. “We were thinking about getting into competitions, but we could never get our brisket to the place where we wanted them to be.

“We had heard all about Franklin Barbecue in Austin, and we took a trip down there to see what all the hype was about,” Hodges said. “It was like an epiphany. We knew we had to bring this style of barbecue back to Tulsa.”

The central Texas style of barbecue that Oakhart serves is noted for its simplicity. Seasoning is usually limited to only salt and black pepper, with the cooking done in offset smokers, with the fire box at one end and the chimney at the other, with the meats housed in between. Said smoke is produced from post oak.

“It’s really the most primal way of cooking there is,” Emmons said. “I think that’s one reason why it appeals to me. You have all these relatively simple things, but how you bring them all together to produce exactly what you want is a real challenge.”

That is the reason for Oakhart using only post oak wood to smoke its meats.

“Post oak is the standard in central Texas and is a big part of the flavor we love,” Emmons said. “It pairs perfectly with our seasonings and is especially amazing for smoking beef. It’s also an added benefit that it’s pretty plentiful in the area.”

Oakhart Barbecue is in the building on the southwest corner of Utica Avenue and Third Street, a space that a couple of decades ago was home to the local barber college. It’s been completely remodeled, with seating that includes typical tables and chairs as well as picnic tables to evoke that roadside joint feeling.

One orders at the counter from menus printed on butcher paper and affixed to the walls. The staff is friendly and efficient, so one is usually presented with one’s meal just moments after finishing the transaction. Soft drinks and teas are self-service.

The base menu includes brisket, pork ribs, pulled pork, turkey, beef sausage and jalapeño cheddar sausage; gargantuan beef ribs, which average about 1 1/2 pounds each, are available on Saturdays only.

Meats may be ordered by the half-pound, as the filling in a sandwich, or as part of a plate that comes with sliced pickles, chopped raw onions, a slice of white bread and two sides.

We went with a couple of two-meat plates ($18) during our visits, in order to sample as wide a variety of menu items as possible.

Oakhart Barbecue is only open for lunch, and while its official closing time is 3 p.m., they often sell out of everything before then. We arrived around 1 p.m. for our first visit and learned that the ribs, brisket and beef sausage were all gone for the day, so we ordered the pulled pork and jalapeño cheddar sausage, accompanied by orders of the cole slaw and cheesy grits.

Diners are served on metal trays lined with butcher paper, with the sides in cardboard boats.

The pork was tender and still juicy, and perfectly pulled so that the half-pound or so of meat was free of large amounts of fat and gristle, which we’ve encountered at other places. The house-made Vinegar Sauce, which has a spicier flavor, complemented well.

The sausage, however, was exceptional. It’s also made in-house, and the balance among the savoriness of the well-spiced meat, the sharp bite of the jalapeño, and the tang of the melted nuggets of cheese was perfect. It needed no sauce, but we swabbed each slice through puddles of the House sauce, a thinner-than-expected concoction that melds sweet, heat and tang.

The cole slaw is shredded green and red cabbage in creamy dressing lightly applied, but the side dish star was the cheesy grits, loaded with sharp cheddar cheese. The grits are excellent on their own or slathered on the slice of white sandwich bread served with each meal.

The next time, we made it a point to arrive before the restaurant opened, in order to sample the brisket and ribs, this time ordering the pinto beans and macaroni and cheese on the side.

We liked the beans, which were cooked with bits of brisket; the mac and cheese was a bit more runny than we prefer — we recommend using a spoon for this dish — but the flavor was good, and the small pasta shells were cooked al dente.

But the meats were about as good as it gets. Both the ribs and the brisket boasted a dark flavorful bark, with incredibly tender, juicy meat underneath that crust. The brisket could be cut with a plastic fork and almost melted in the mouth, while the rib meat pulled easily away from the bone. The amount of smoke and spice was perfect.

Oakhart will offer weekly or daily specials that include such items as a baked potato loaded with one’s choice of meat, burnt ends or tamales filled with brisket or pork.

Hodges and Emmons said the restaurant will likely stick with serving only during lunch time for the foreseeable future.

“It’s a quality thing,” Emmons said. “I usually get here around 3 a.m. to get the fires going, and we usually start putting the meats on around 4 a.m. We want to give that attention to detail to give people the best product we can.

“The last thing I want to do is turn people away,” Hodges said. “But I want to be able to give our customers the best, the freshest food we can, rather than something that might have been sitting around all day. And we hope that it keeps people coming back.”

Celebs with local ties talk about their Okie traits

Okies in the News 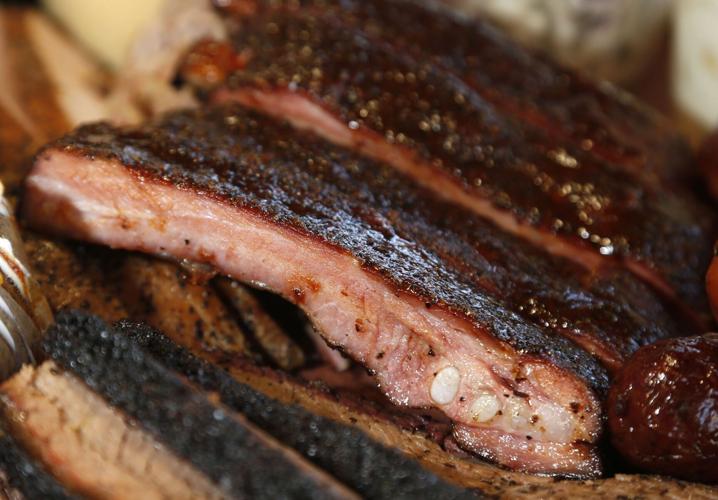 The pork ribs at Oakhart Barbecue receive a light brush of house-made sauce before being served. 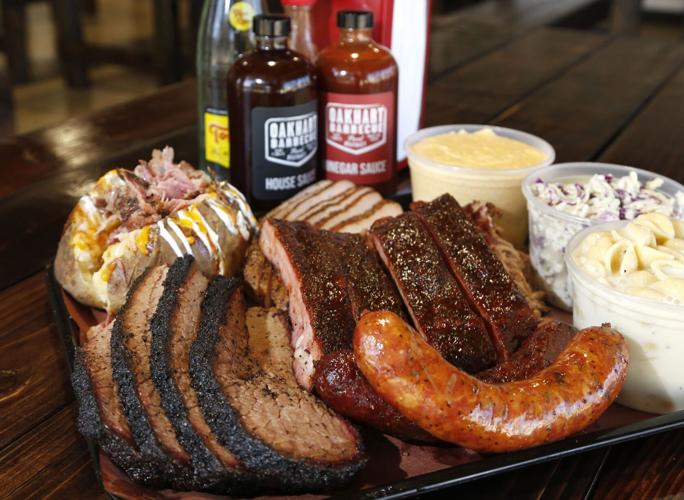 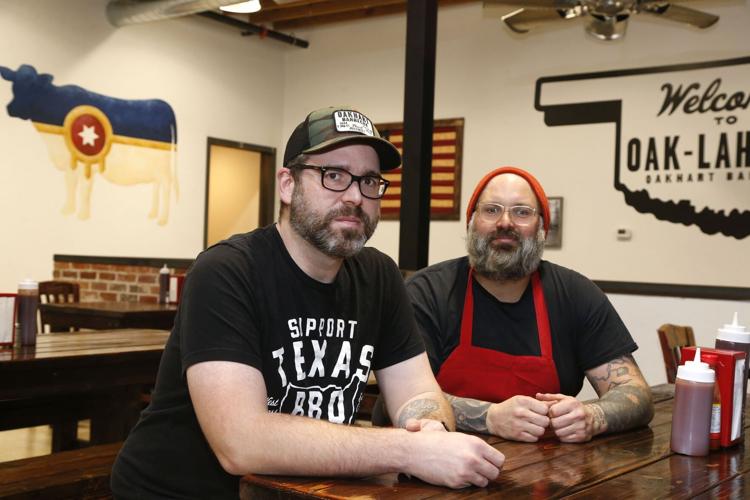 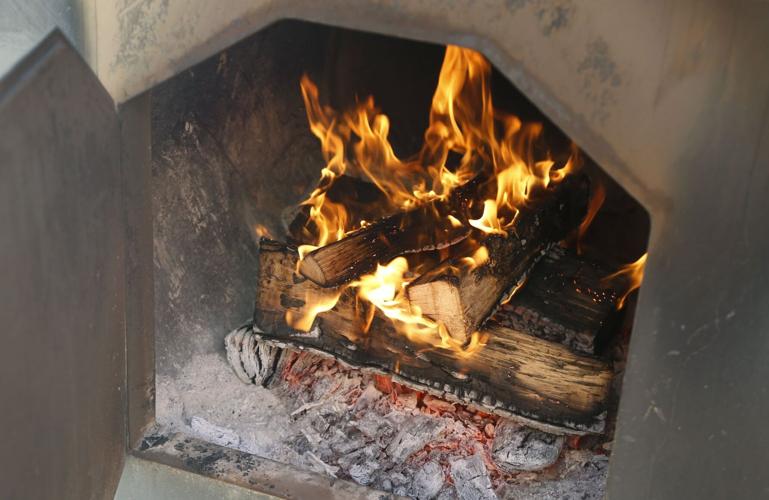 Oakhart Barbecue uses only post oak wood in its smoker, which co-owner Chris Emmons said is an essential element of the restaurant’s central Texas-inspired flavor profile. 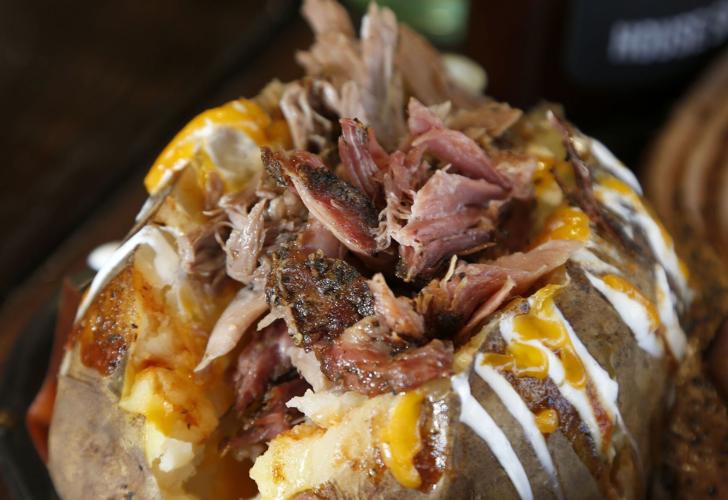 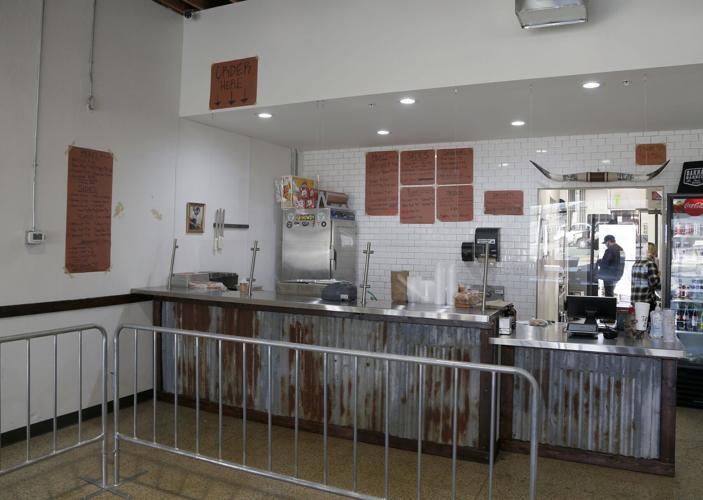 Oakhart Barbecue customers order at the counter. The menu is written on pieces of butcher paper affixed to the walls. 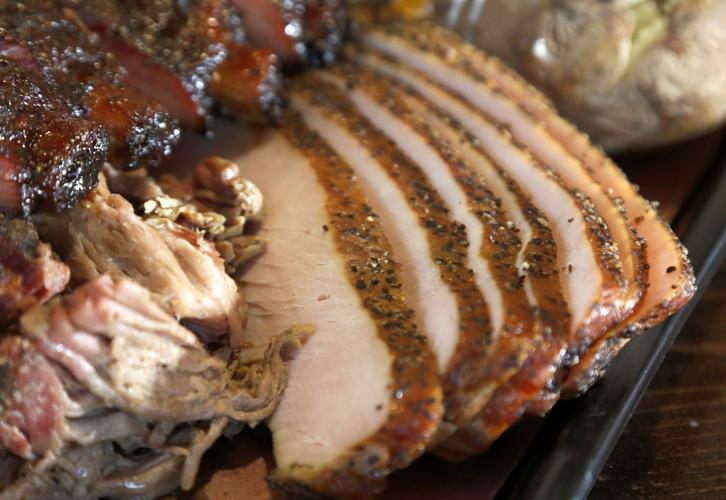 The smoked turkey is one offering at Oakhart Barbecue. 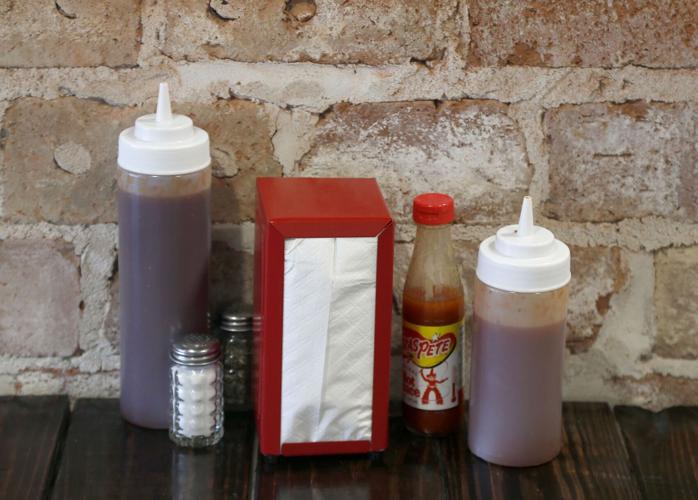 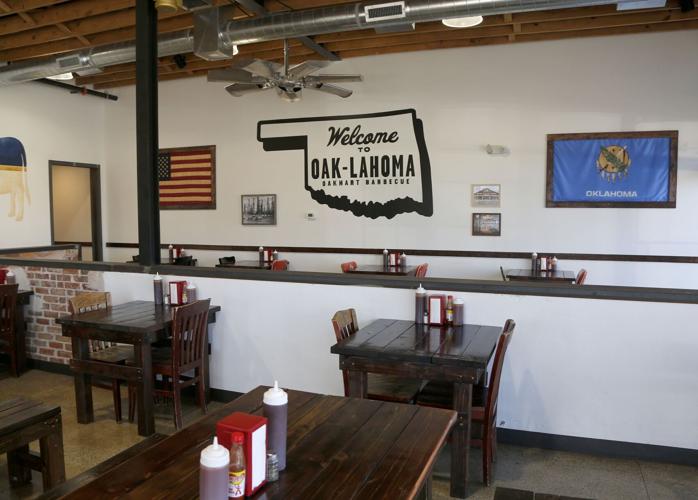 One of the seating areas at Oakhart Barbecue is shown. 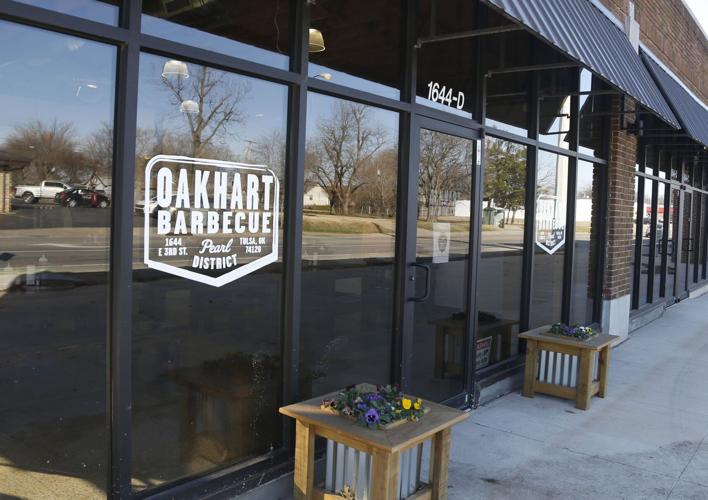 Oakhart Barbecue's front entrance is at the corner of Third Street and Utica Avenue. 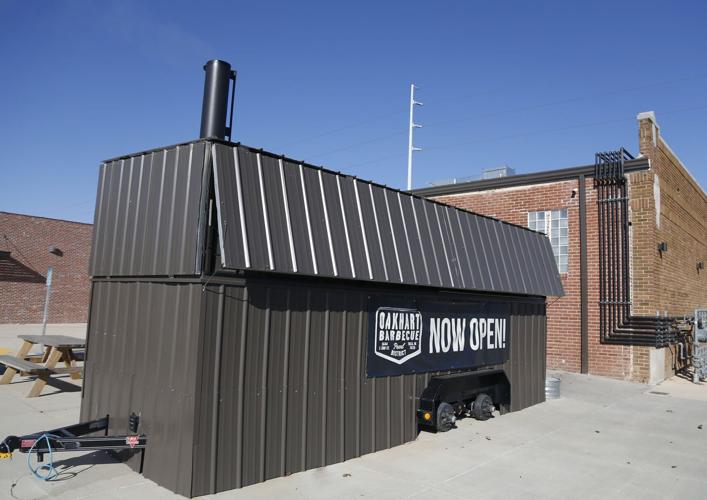 Oakhart Barbecue uses an offset smoker, housed in this building behind the restaurant, to cook its meats.