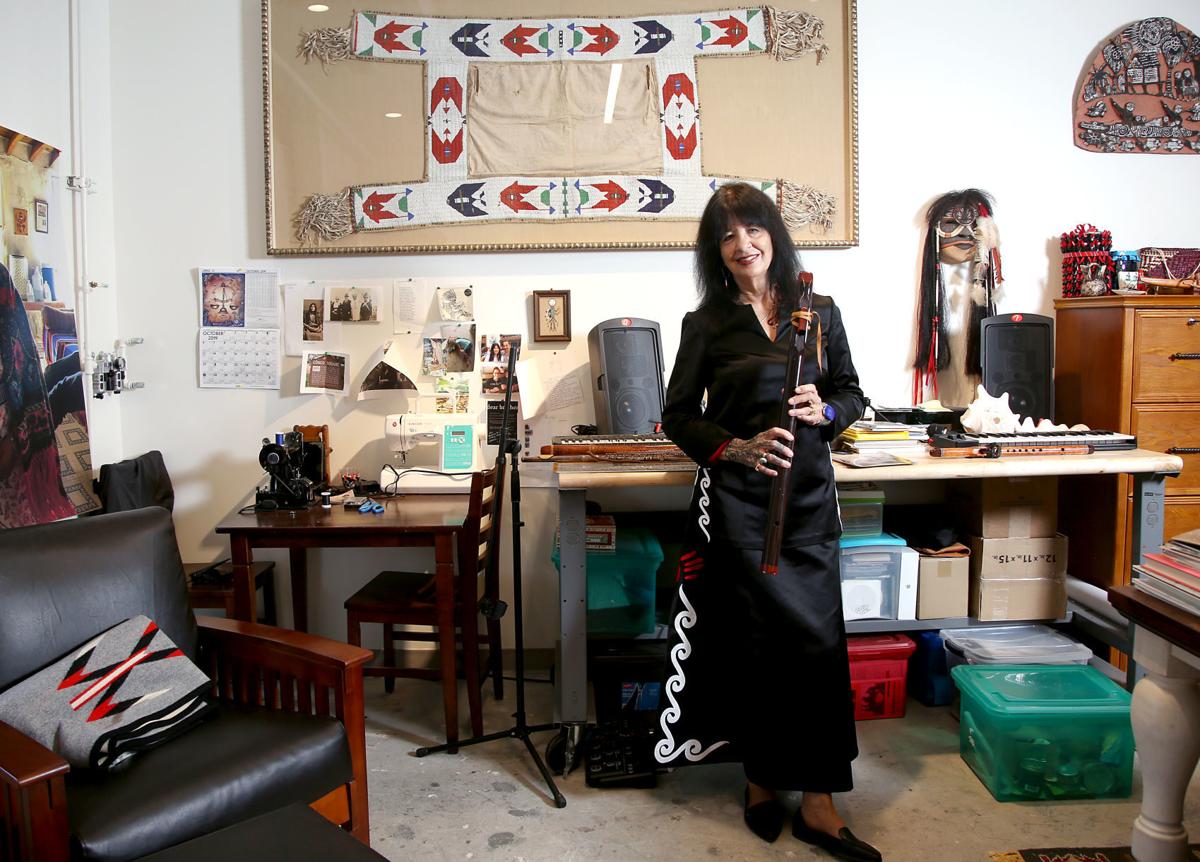 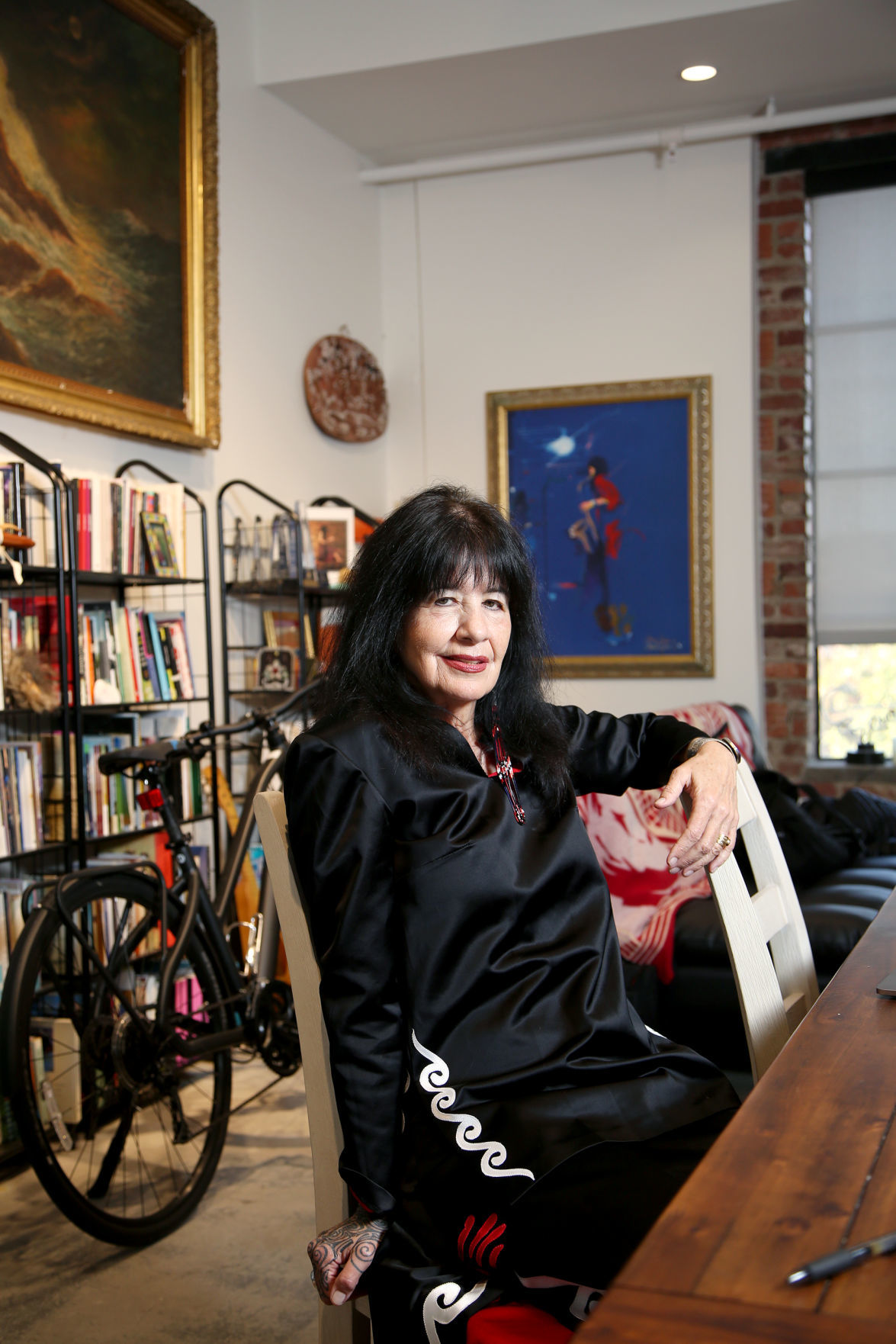 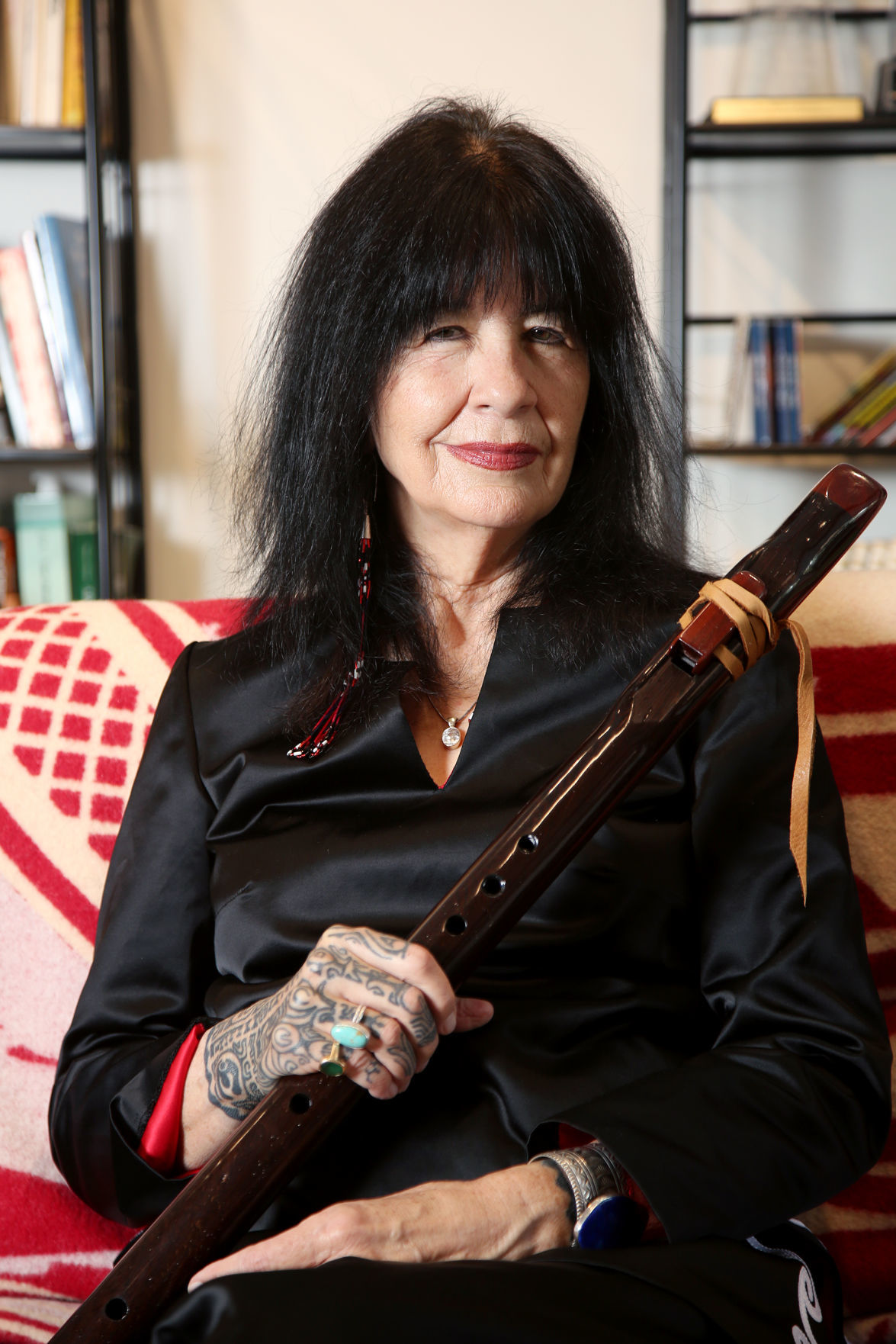 For Joy Harjo, agreeing to serve a second term as poet laureate of the United States was more than an honor. It was something of a necessity.

“A good part of your first year is spent getting over the shock and awe of being selected,” the Tulsa native said, laughing. “I truly did not realize how big this position is. You know it is a national position, and a tremendous honor, but you don’t really understand the scope of it until you actually learn how to move and how to be useful in this job.

“So you’re really just getting going in the first year,” Harjo said. “Then you begin work on a project, and you want to see it through to completion. So it just makes sense, if they ask you to serve another term, you say yes.”

Harjo, a member of the Muscogee (Creek) Nation, became the first Native American and first Oklahoman selected to serve as the country’s poet laureate when Librarian of Congress Carla Hayden announced Harjo’s selection in May 2019.

Hayden announced April 30 that Harjo had been selected to serve a second term, saying that, “Joy Harjo is such an inspiring and engaging poet laureate,” and added that Harjo’s “profound musical and literary talents are a gift to the nation.”

According to the Library of Congress, the U.S. poet laureate is “the nation’s official poet,” whose work is “to raise the national consciousness to a greater appreciation of the reading and writing of poetry.”

For Harjo, that work has focused on bringing greater attention to rich, but often overlooked, contributions of Native American poets.

Her signature project as poet laureate has been “Living Nations, Living Words: A Map of First Peoples Poetry,” a digital online map, developed in conjunction with the Library’s Geography and Map Division and created using ARCGIS StoryMaps, a web mapping application geared toward storytelling.

Once completed, the map will showcase contemporary Native American poets from across the country, including poets’ biographies and recordings of them reading and discussing one of their poems. It will also help build a new collection in the Library’s American Folklife Center featuring the recordings of native poets.

“I’ve always loved maps,” Harjo said. “When I started thinking of what I wanted to do with this position, the idea of creating some sort of map was very important to me — to show how we are all connected and how we cross all sectors of American society.”

Once the online map goes active, users can select a point on the map and hear a native poet read from his or her work, talk about where they are from, along with other information, to give a sense of the writer’s personality and history.

“One thing I’ve learned is that, for most Americans, because of this position, I’m the only native poet they’ve ever heard of,” she said. “But there are more than 500 nations and tribes in this country — and Oklahoma is literally at the center of it all. Creating this map is a way to showcase all these different voices and to include native voices in the American story.”

Showcasing the wealth and diversity of native voices is the impetus behind another of Harjo’s projects — one that began prior to her taking on the job of poet laureate.

“When the Light of the World Was Subdued, Our Songs Came Through: A Norton Anthology of Native Nations Poetry,” for which Harjo served as editor, will be published Aug. 25.

“It has works by 160 native poets, and we could have easily put together a book three times that size,” Harjo said.

Harjo said the “Living Nations, Living Words” map project had been scheduled to go live by now, but the coronavirus pandemic has changed that timeline.

As is the case with most Americans, the threat of COVID-19 has also disrupted Harjo’s life in some expected and unexpected ways.

“I make my living performing,” she said. “I had been planning on doing a lot of traveling during this time of the year, going to two or three places a week. So three months of gigs were wiped out.

“I have a great grandson in New Mexico who was ill, and I couldn’t go be with him, which was very hard,” Harjo said. “I was ready to get in the car and head for New Mexico when everything was starting to shut down. He’s doing OK now but still it was a very difficult time.”

On the other hand, the forced isolation has given Harjo the chance to do such things as learn to play bass guitar and to focus on finishing her second memoir, following her acclaimed “Crazy Brave,” published in 2012.

“I never want to do the same thing twice,” Harjo said, “but it is something of a sequel to ‘Crazy Brave.’ I have been thinking a lot about teachers — not just the ones I’ve had in schools and other institutions, but parents, fellow poets living and dead, ancestors, animals. I think of my own children and the things I’ve tried to teach them. I suppose it’s really a memoir of the teachers I’ve had and the lessons I’ve learned from them.”

Harjo acknowledged that seclusion is a relatively normal state for a writer but added, “I’m also a seriously social person. I’m a Tulsa Artist Fellow, and I have really missed seeing that community. I miss being able to go to my studio and work there.”

Harjo said one thing she has noticed since the coronavirus pandemic began is that people seem more and more drawn to poetry.

“Poetry requires that kind of contemplative space most of us now have because we are all sheltering in place,” she said. “Maybe we’re moved more toward thinking about the meaning of life and our part in it, which is something that poetry has dealt with from the beginning.

“Poetry has a way of bringing people together, and I think at this time, it’s important that we make the effort to move toward each other, that we realize how much we need each other,” Harjo said. “We are essentially the earth, and this pandemic has really brought that into focus. We need to focus on the fact that, for all our differences, we truly are all one people.”