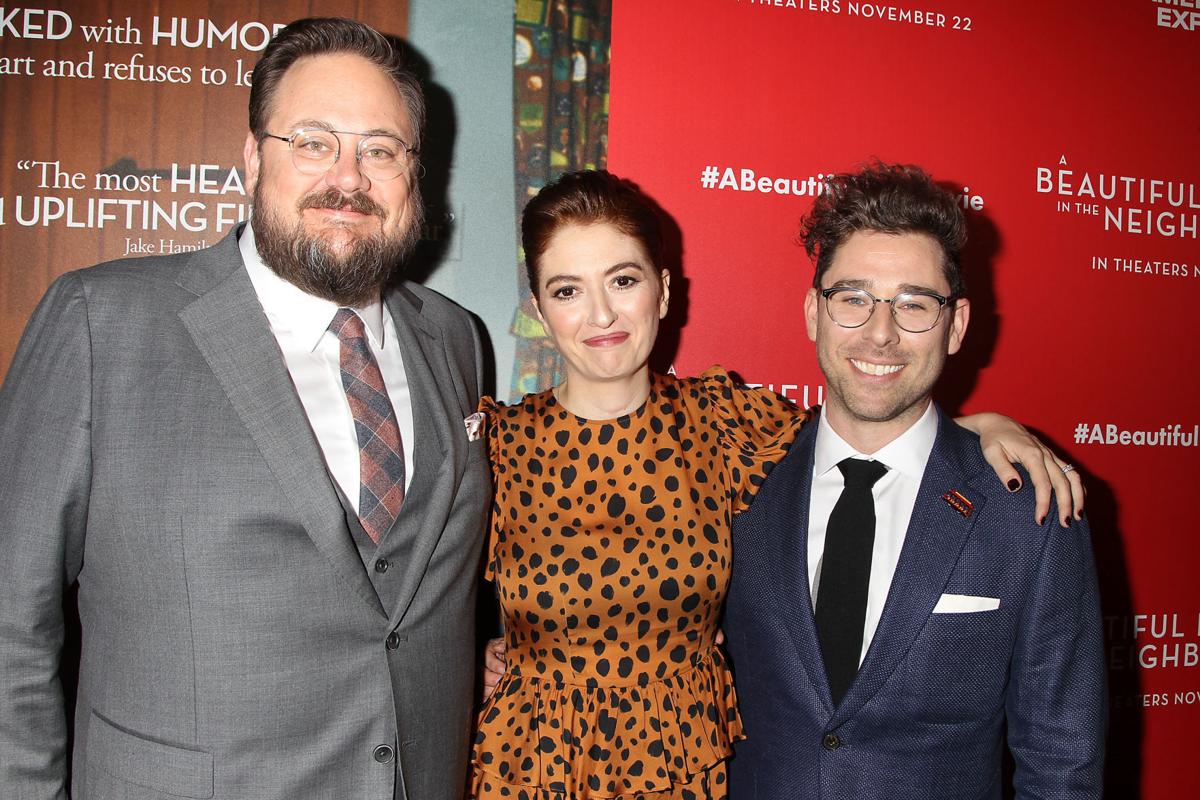 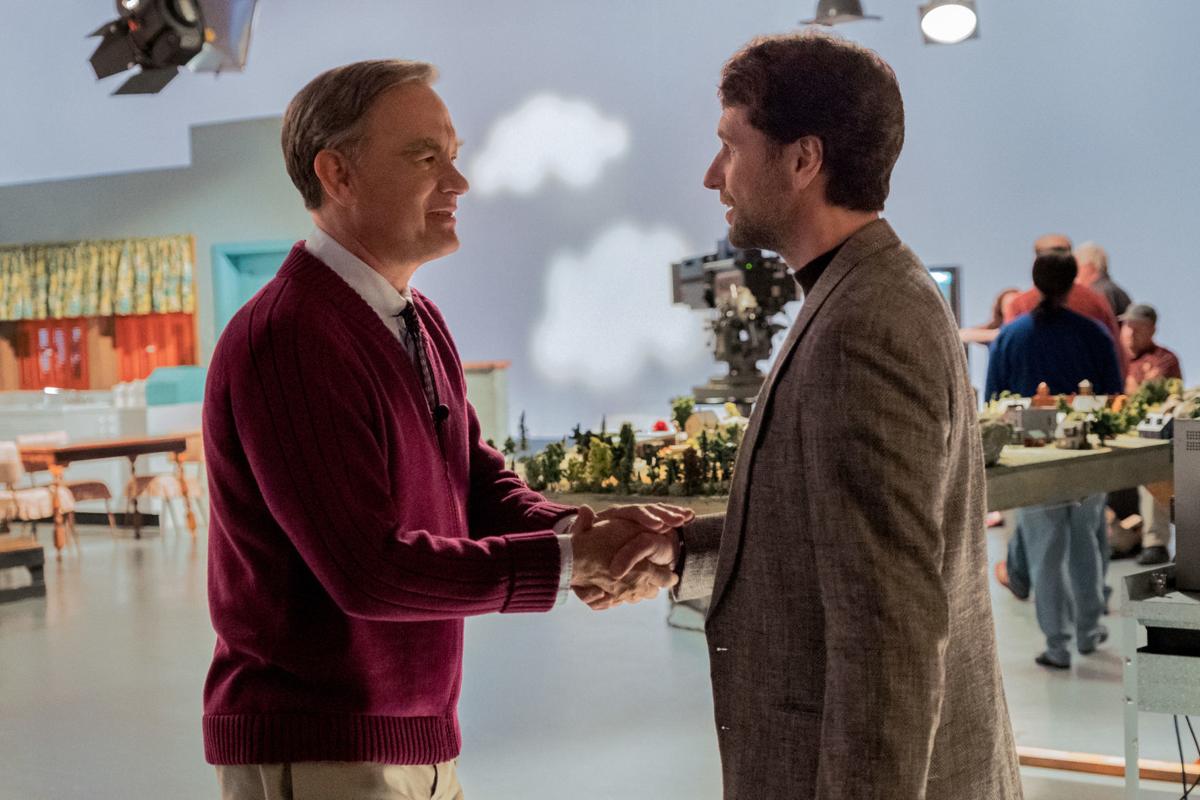 Mister Rogers is having a moment, and a lot of people hope that means that kindness and compassion will, too.

One of those people is Micah Fitzerman-Blue, the Tulsan who co-wrote “A Beautiful Day in the Neighborhood,” which opened this week in theaters and has become one of the most praised films of the year.

The movie is about Fred Rogers, with Tom Hanks portraying the TV icon, but even more it’s about his ideals, which are touching a nerve with a lot of people.

Consider this story from Fitzerman-Blue about his friend who saw the film at a premiere and later approached him.

“So his child was about six months old, and he had a massive fallout with his father after the child was born, and he said, ‘I saw your movie,’ the writer told the Tulsa World in a phone interview.

And what did his friend think?

“Fred asked people to be better people,” Fitzerman-Blue said. “To say that we live in cynical times is an understatement, and as a culture and society, we are struggling to see the good in others, and to love thy neighbor, if I can get Biblical for a moment.

“(Fred’s story) is one of kindness and empathy and being a better person, and in this moment, there is a hunger for that feeling. We’ve spent a decade on this, and maybe it could have come out nine years ago. But maybe this is the moment that has just been waiting for Fred Rogers.”

That decade of work was shared with his writing partner, Noah Harpster, with whom he’s been Emmy-nominated for their work on the Amazon series “Transparent” (the first streaming series to win a Golden Globe for best comedy over network and cable series) and co-written Disney’s “Maleficent” sequel now in theaters.

To say that the pair is in demand is putting it mildly: Their production company, Blue Harp, is developing projects at FX, Netflix, Amazon, Vice, Syfy, Lionsgate and Amblin, and they have a first-look deal with Showtime.

And Fitzerman-Blue’s work is always shared with his family: his wife, Liba, and 3-year-old daughter Zelda in Los Angeles (with another baby on the way), and his parents in Tulsa, Rabbi Marc Boone Fitzerman and Alice Blue.

The graduate of both Holland Hall and Harvard University admits that he was not a “Mister Rogers’ Neighborhood” kind of kid. (“I was a Sesame Street guy,” he said, “and I found the rhythm of how he spoke to be slow in a way, and my young hyperactive mind could not compute.”)

“I think I thought ‘that show is for little kids, not me, I’m a big kid.’ Now I can see how those early years are so tender, when we learn to express our emotions, and it’s so important to get that message to young people in the way that Fred did.”

So how did Fred Rogers come back into his life as an adult a decade ago?

“Noah had a child of his own, and she was incredibly stubborn, and one day out of desperation he pulls up a Youtube video of Fred Rogers and she comes over and listens to every word he says, in a way she had never before listened to her father — and never has since,” Fitzerman-Blue said with a chuckle.

“Noah called me and said, ‘I’ve discovered a warlock who speaks toddler, and we must write about him.’”

Fitzerman-Blue saw the story potential immediately and, of course, his understanding of what Rogers symbolized has deepened with the birth of his own child.

“You work on (a project) so long that it becomes a part of you, and I can say that it’s made me a better father,” he said of writing the screenplay.

“There’s a thing, when your kid starts to cry, and the thought might be to say ‘Don’t cry, it’s OK,’ but Fred teaches how to create a safe space for those emotions, and that it’s OK to feel that way. (Kids) are just little bags of feelings.”

“A Beautiful Day in the Neighborhood” is playing at theaters in Tulsa including Circle Cinema, where Fitzerman-Blue appeared on Friday afternoon to speak after a sold-out screening of the movie.

While most everyone will describe it as the “Mister Rogers movie,” the film is not your standard biopic. In fact, Hanks is going to be categorized as a best supporting actor candidate for awards season.

In the film, a magazine writer (played by Matthew Rhys of “The Americans”) is assigned to write a profile of Fred Rogers. He arrives a cynic and soon learns lessons in decency from the man in the sweater on TV.

“(Fred) was an emotional archaeologist, and he would involve himself in people’s lives. He would collect people. We spent hours with his archives, and the heart was the letters that Fred wrote to hundreds of people who were in need of a kind of spiritual counseling (that) only he could provide,” Fitzerman-Blue said.

“When we found the letters between Fred and (journalist) Tom Junod, it became this project. This was a guy whose life was in shambles, and Fred took it upon himself to help put the pieces back together.”

Their screenplay is now generating buzz as a potential Academy Award nominee. Fitzerman-Blue has long been a fan of the Oscars.

“In my home growing up, I loved movies, my mom loved movies, and she let me watch any movie I wanted as long as it got a good review in the Tulsa World,” he said.

“There were two nights that I could stay up as late as I wanted: election night and Oscar night.”

“A Beautiful Day in the Neighborhood” comes just a year after 2018’s hit documentary that was more biopic in nature, “Won’t You Be My Neighbor?” but there was little thought given to delaying the new movie’s release.

The world apparently needs as much Fred Rogers as it can get right now.

Byron Berline lost hundreds of instruments when a fire destroyed his Double Stop Fiddle Shop in Guthrie. Said Berline: “There are some hurdles in life. It depends on how you want to approach them. You can either fall down and not get up, or you can keep running until you finish.”

ACM Awards 2020: Check out the list of winners and scenes from the show

Entertainer of the year, the top ACM prize, was presented last and produced a surprise. Here's the full list of winners as well as photos from the night's festivities.