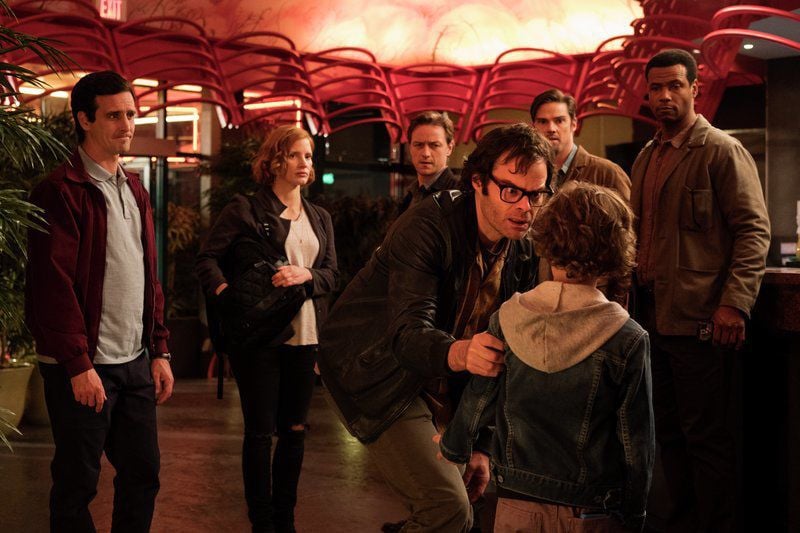 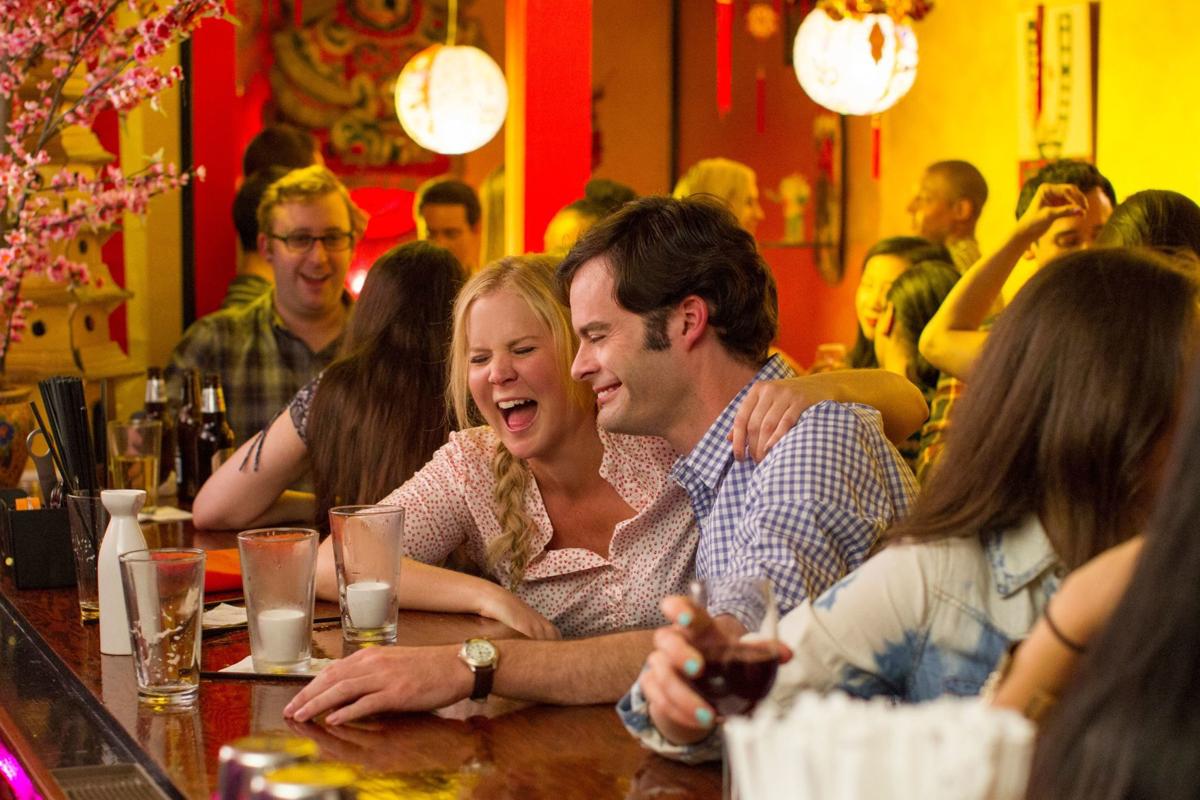 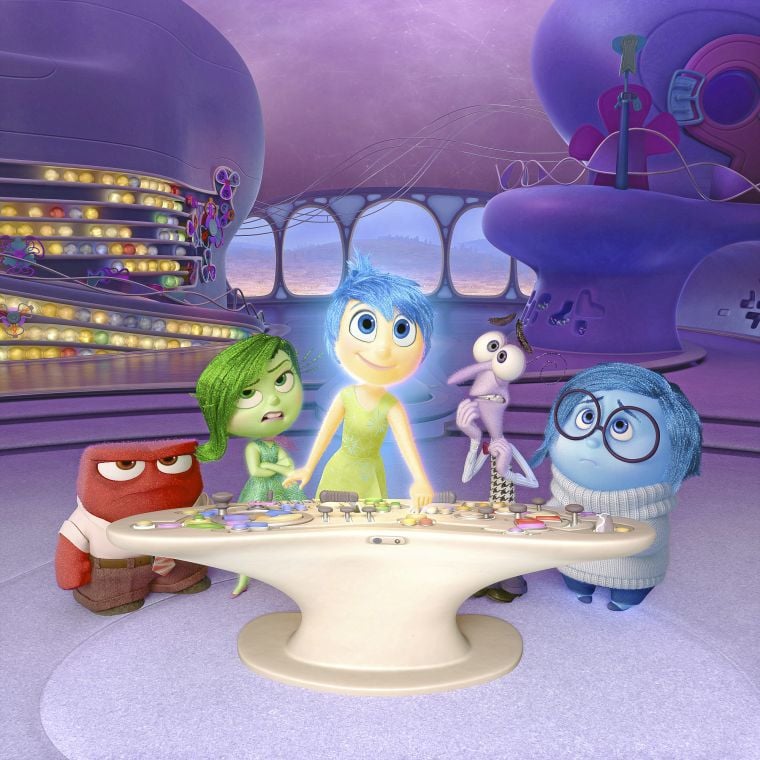 Bill Hader provided the voice for Fear, the purple emotion, in Pixar’s “Inside Out.” Courtesy/Disney Pixar

Bill Hader provided the voice for Fear, the purple emotion, in Pixar’s “Inside Out.” Courtesy/Disney Pixar

Tulsa native Bill Hader is best known for his many character creations as a star of “Saturday Night Live” and now for his Emmy-winning acting on “Barry,” the HBO dark comedy that he co-created.

But he’s more than a TV guy who’s now winning awards for his writing, directing and producing, as well.

He’s a movie star, too, featured in this Friday’s horror sequel “It: Chapter Two,” in which he plays the adult version of the childhood “Loser’s Club” funny guy, Richie Tozier.

When that movie goes beyond the $100-million mark at the domestic box office (the “It” sequel may hit that figure in its opening weekend), the film will be Hader’s 18th to earn that distinction.

Check out the 17 movies that Hader has already appeared in that crossed that mark, from major roles to small roles (for years he’s been one of Hollywood’s go-to guys for comedy cameos) to having become a regular voice talent in many of the Disney-Pixar films.

Hader’s latest Pixar appearance, as a voice-talent, was as Axel the lazy carnie, who sees Buzz Lightyear on the ground at the fair and fastens him to the wall of his carnival game for people to potentially win and take home.

“Wanna get rich playing video games?” That’s a quote from J.P. Spamley, the overbearing, lime-green click-baiter that Hader gives a voice to in the animated hit.

Hader voices Stan, a kelp bass seen at the start of the film meeting baby-fish Dory, who is looking for her parents. Stan and his wife agree to help her look, but Dory and her short-term memory loss has already swam away.

While the new movie sequel appears to be a disappointment at the box office, the original was a hit, and Hader was featured as Leonard, the green pig and the movie’s main antagonist.

The role that really showed audiences, as well as filmmakers — and maybe Hader, for that matter — that he was a gifted actor and not merely a comedy spark plug meant for small roles. Hader was perfect as the nice-guy boyfriend of Amy Schumer’s commitment-fearing woman.

Hader had one of the main voice roles in this Pixar favorite as Fear, the purple emotion — one of the five emotions inside the head of Riley, the little girl who’s the focus of the film who Fear works to protect.

In a cameo role, look for Hader in the end credits, during which future fake installments of the Channing Tatum-Jonah Hill comedies were previewed. This included “27 Jump Street: Culinary School,” with Hader as a chef/villain.

Hader returned as Flint Lockwood, the town scientist who is smart, funny and has a talent for inventing things with the best of intentions but which end up causing trouble. Like giant foods and worse.

Two voice cameos for Hader in this animated Pixar hit: a bright yellow slug monster student on campus, as well as a referee in another scene.

Credited under “additional voices” in the movie, Hader provided the voice of a computer for the USS Vengeance starship.

During a time-travel to the 1960s segment, Hader pops up as artist Andy Warhol at a party scene (but he’s actually Agent W in an undercover role).

This animated surprise smash was the first to feature Hader in the lead protagonist role as Flint Lockwood, a scientist who wants to do great things, especially for his town.

“Eat my dust, dingo!” That’s pretty much Hader’s dialogue in his first animated film performance, as a gazelle, in the movie that was the third in the “Ice Age” series.

Wearing a ridiculous blond wig and facial hair (looking like, as one review said, “a Breck girl” from a shampoo commercial), Hader played silly as Gen. George Armstrong Custer in this “Night at the Museum” sequel.

The raunchy teen comedy saw Hader in his biggest role yet, opposite Seth Rogen as a pair of demented, irresponsible police officers who cross paths with the teen known as McLovin.

“You sound like Jabba the Hut dying” was one of Hader’s earliest movie lines, as he says to the pregnant Alison (Katherine Heigl) as she vomits. In a tiny role, Hader played a video editor for the E! cable channel — which was actually one of the star’s earliest jobs after leaving Tulsa for Hollywood.

Read the What the Ale blog: Tom Gilbert writes about local beers and breweries.