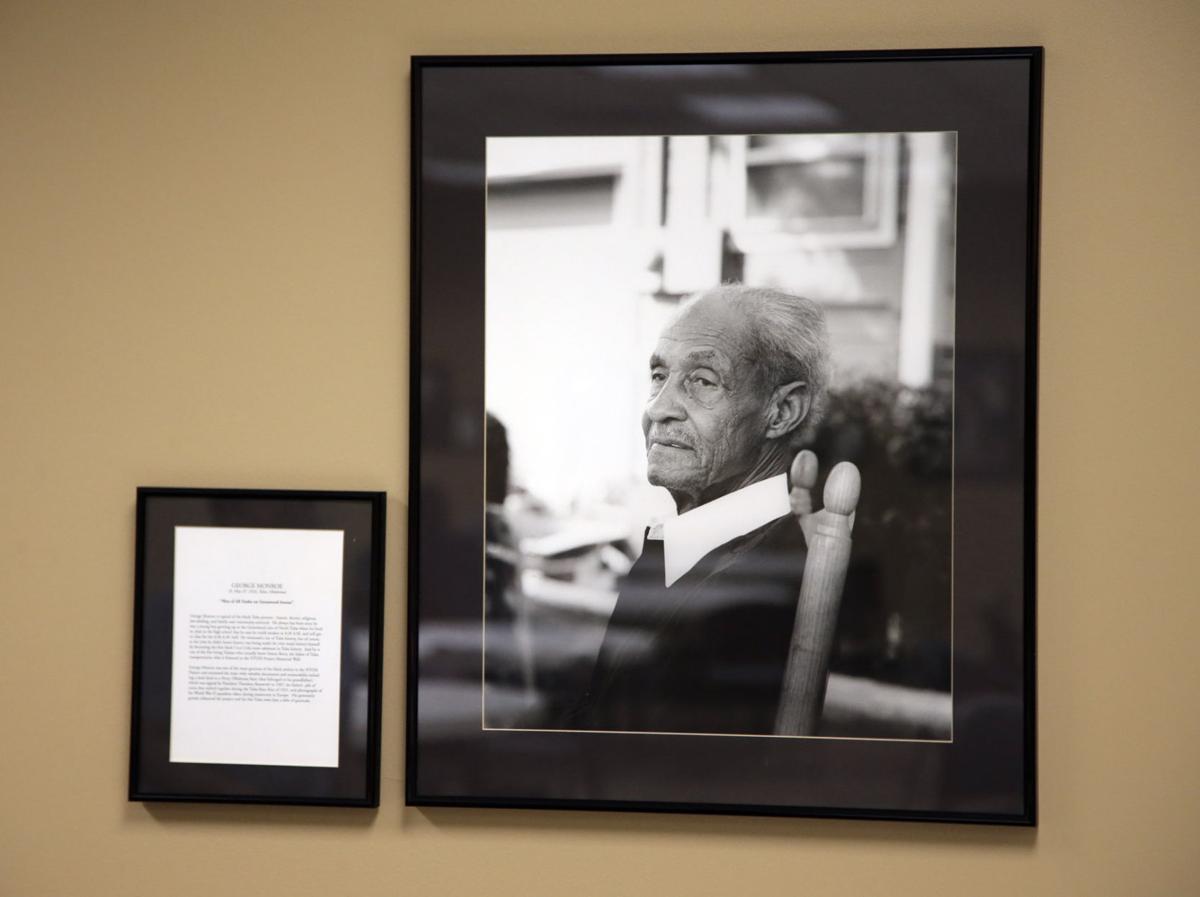 Tulsa photographer Don Thompson captured this picture of a Tulsa Race Riot survivor, George Monroe. Many of Thompson's photos will be on display at the National Museum of African American History and Culture in Washington, D.C.  CORY YOUNG/Tulsa World 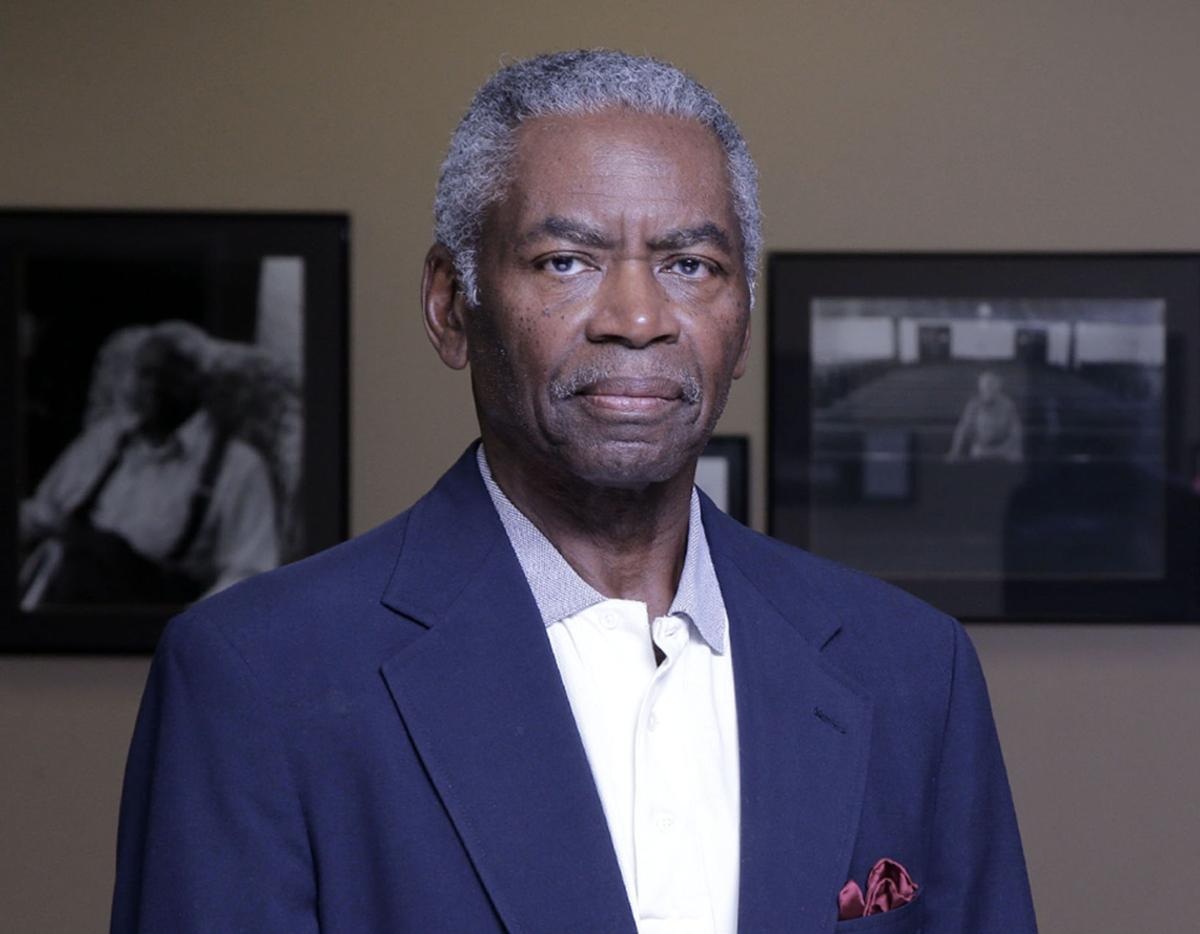 Tulsa photographer Don Thompson stands with his photographs of Tulsa Race Riot survivors inside the B.S. Roberts Conference Room in North Hall of the OSU-Tulsa campus. Many of his photos will be on display at the National Museum of African American History and Culture in Washington, D.C. CORY YOUNG/Tulsa World 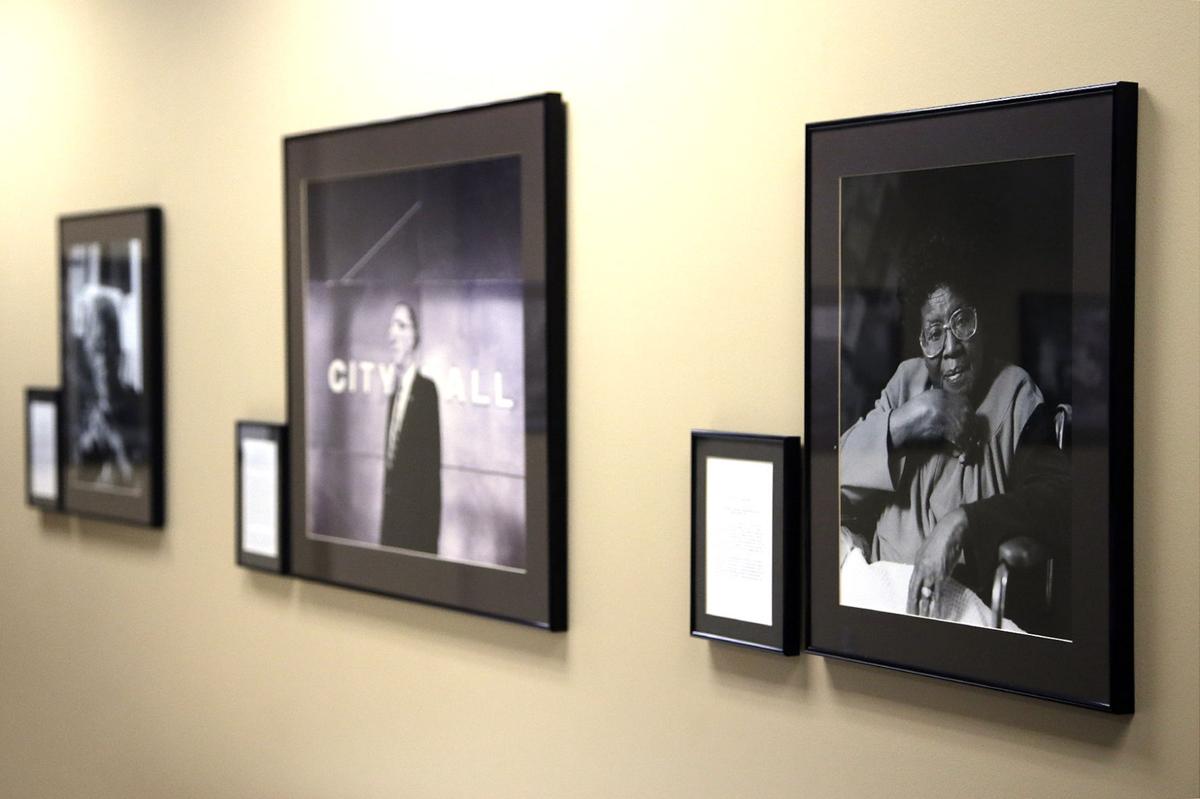 Tulsa photographer Don Thompson photographed these Tulsa Race Riot survivors, and the portraits can be seen inside the B.S. Roberts Conference Room in North Hall of the OSU-Tulsa campus. CORY YOUNG/Tulsa World 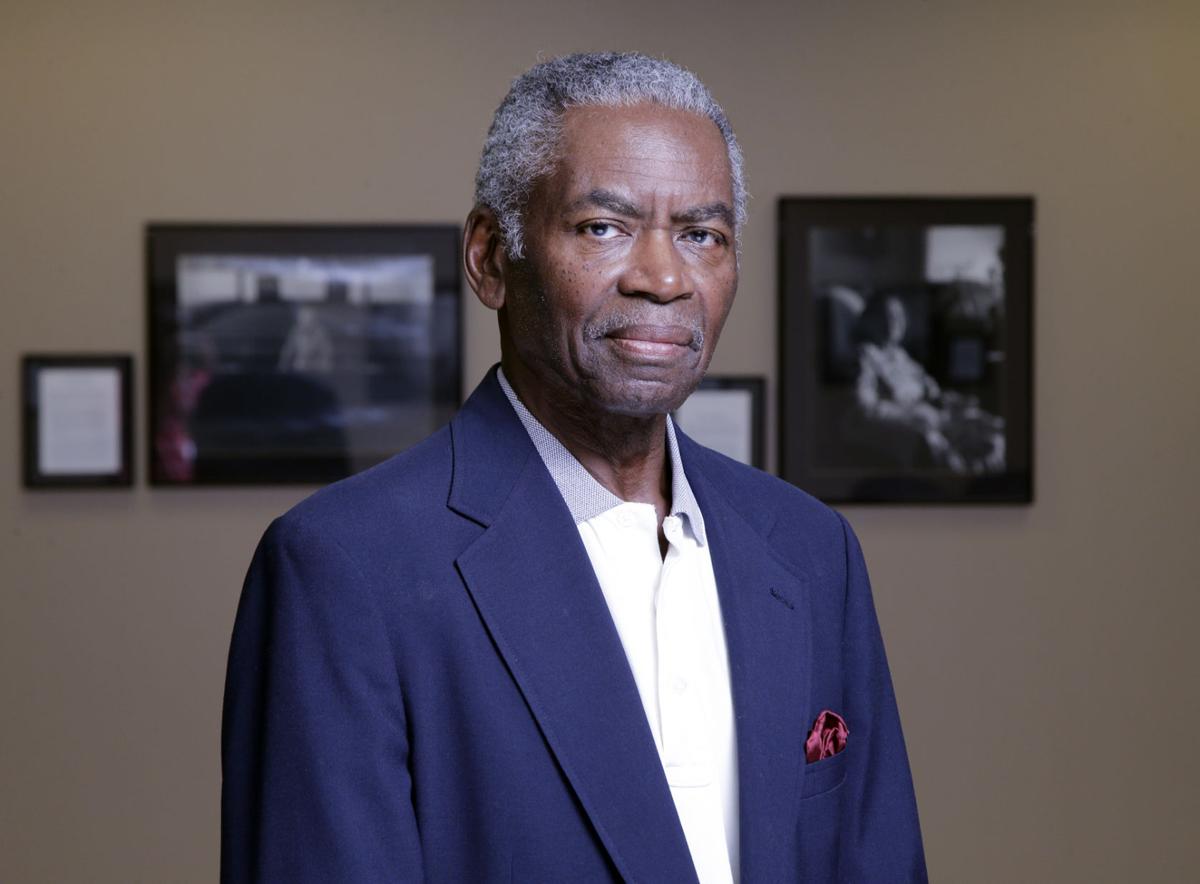 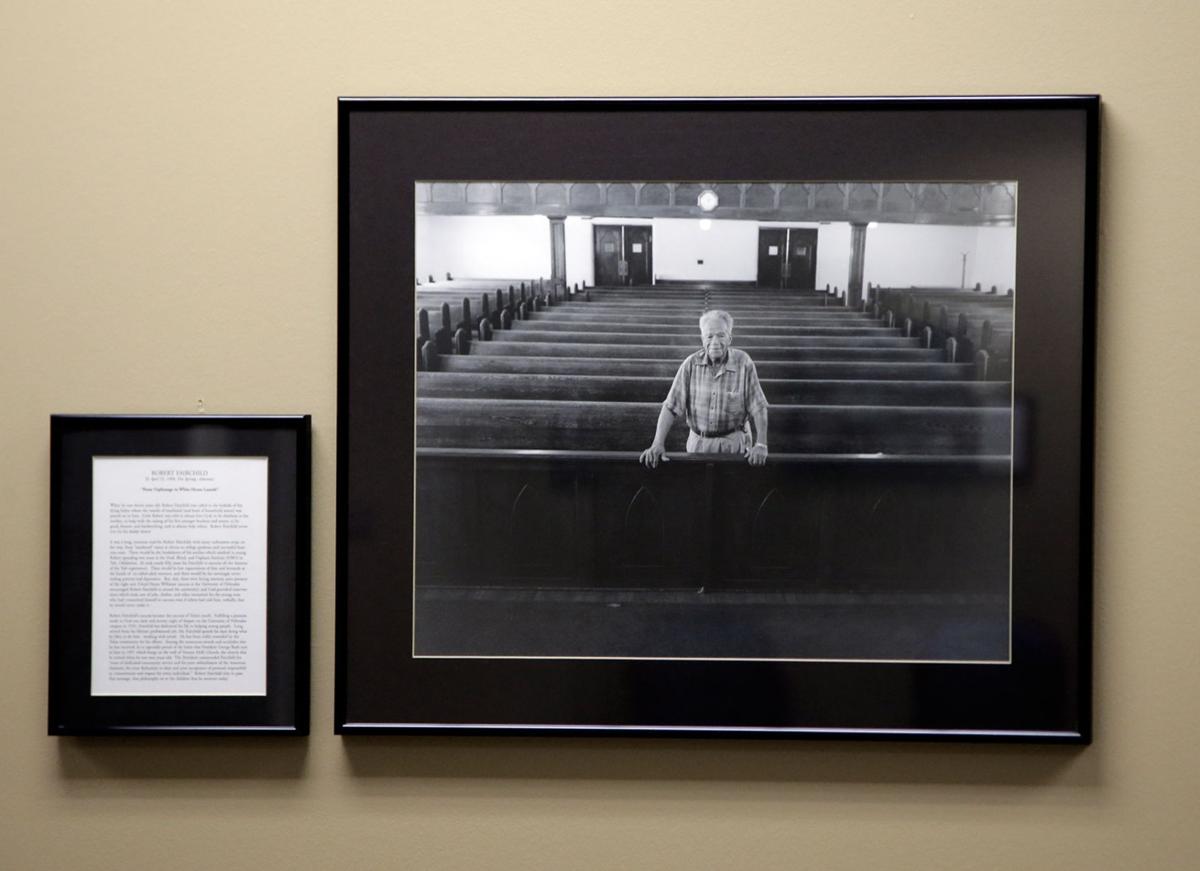 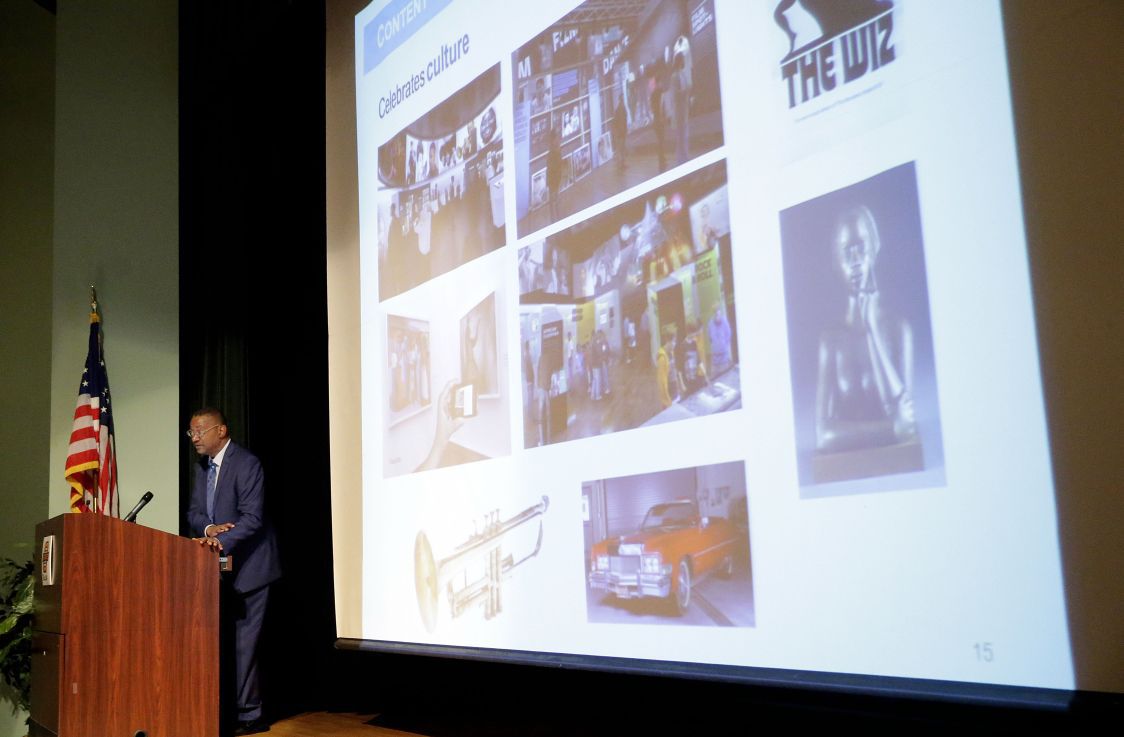 John W. Franklin speaks about items that will be at the Smithsonian National Museum of African American History and Culture during a symposium on reconciliation in May. MIKE SIMONS/Tulsa World

For more than 40 years, Don Thompson has been chronicling the changing landscape of north Tulsa and the resilience of the people who call this area home.

His work has been shown at local galleries, is on permanent display at Oklahoma State University-Tulsa, and has been the subject of two books — “Hush, Someone’s Callin’ My Name” and “And My Spirit Said Yes!”

Now, Thompson’s work will be seen on a national scale, when the National Museum of African American History and Culture in Washington, D.C., opens to the public Saturday.

Seventeen of Thompson’s photographs will be part of an exhibit titled “Riot and Resilience in Tulsa, Oklahoma,” on display in the “Power of Place” gallery on the museum’s third floor.

“I received a phone call from Paul Gardullo, who is one of the curators at the museum, in 2014,” Thompson said. “He talked about the photographs he had seen here at OSU-Tulsa, and he has apparently come across my book ‘Hush.’ ”

The photographs at OSU-Tulsa are a series of portraits titled “Black Settlers: The Search for the Promised Land in Tulsa,” part of an oral history project Thompson did with historian Eddie Faye Gates.

Gardullo is the curator of the “Power of Place” exhibit in the new museum, which includes displays that deal with the idea of place and region as a crucial component of the African-American experience.

In addition to the Tulsa exhibit, the gallery features exhibits about places ranging from New York City and the birth of hip-hop to South Carolina’s low country and the affluent getaway of Oak Bluffs on Martha’s Vineyard.

“I asked him what he wanted, and he said 17 images,” Thompson said. “I was given the choice of which of those images I would submit.”

Thompson chose 10 images from his “Greenwood” series in the book “Hush,” photographs that Thompson took from the early 1970s to the 1990s, capturing the slow decay of a neighborhood that had once been so vibrant to have earned the named “the Black Wall Street.”

The remaining seven images are portraits of survivors of the 1921 Tulsa Race Riot.

“I selected images that I thought were visually exciting, and that conveyed the ideas I wanted to express,” Thompson said. “The Greenwood images have to them a sense of hopelessness, of disenfranchisement, of people watching their home disintegrate.

“The images of the survivors, however, are about the resilience and perseverance of the people,” he said. “I chose portraits of people who I thought had some real, powerful stories to tell.”

They include Rosa Davis Skinner, who recounted how she and others were fleeing the city during the riot, and encountering a woman with a still-born child. The only coffin that could be found for the dead child was a cigar box.

“But they put the baby in that cigar box, dug a hole and buried it, as they were fleeing for their lives,” Thompson said.

Another portrait is of George Monroe, who with his sister hid underneath a bed when rioters broke into their home. Young George was about to scream in fear, but his sister clapped a hand over his mouth.

“Mr. Monroe said, ‘She saved my life by doing that, otherwise we would have been found, and killed,’ ” Thompson said. “They managed to escape the house before it was burned to the ground.”

Like many people, regardless of race, who grew up in Tulsa, Thompson said he heard little about the 1921 riot, whether in school or from those who survived it.

“And I understand that,” he said. “If I had gone through what these people experienced, I wouldn’t want to relive it either. I’d prefer to wipe it out of my mind. I think that’s why a lot of people, both black and white, kept silent about the riot — it was just too horrific.

“But in spite of the carnage and the horror of it, these people kept their faith, and kept going,” Thompson said. “That is why I am so happy to be able to participate in this, to be able to share these stories of resilience and perseverance.”

Thompson and his wife, Barbara, will attend Saturday’s opening ceremonies, part of a three-day celebration of the museum’s public unveiling.

“We are going through so many terrible things right now,” Thompson said. “I hope — I believe — this museum will become part of the healing process, for reconciliation. Because this is truly a museum for all people, as African-American history is interwoven throughout American history.”

The Smithsonian’s National Museum of African American History and Culture has been more than a century in the making. in 1915, African-American veterans of the Civil War first approached the government with the proposal of a national museum showcasing the accomplishments of African-Americans.

The museum was officially created in 2003 by an Act of Congress, establishing it as part of the Smithsonian Institution. The Smithsonian Board of Regents, the governing body of the Institution, voted in January 2006 to build the museum on a five-acre site on Constitution Avenue between 14th and 15th streets N.W., between the Washington Monument and the Smithsonian’s National Museum of American History.

The building was designed by Ghana-born architect David Adjaye of the firm Freelon Adjaye Bond/SmithGroup.

The building features two distinct design elements — the “Corona,” the signature exterior feature that consists of 3,600 bronze-colored cast-aluminum panels weighing a total of 230 tons; and the “Porch,” which serves as the location for the main museum entrance.

Tulsa photographer Don Thompson captured this picture of a Tulsa Race Riot survivor, George Monroe. Many of Thompson's photos will be on display at the National Museum of African American History and Culture in Washington, D.C.  CORY YOUNG/Tulsa World

Tulsa photographer Don Thompson stands with his photographs of Tulsa Race Riot survivors inside the B.S. Roberts Conference Room in North Hall of the OSU-Tulsa campus. Many of his photos will be on display at the National Museum of African American History and Culture in Washington, D.C. CORY YOUNG/Tulsa World

Tulsa photographer Don Thompson photographed these Tulsa Race Riot survivors, and the portraits can be seen inside the B.S. Roberts Conference Room in North Hall of the OSU-Tulsa campus. CORY YOUNG/Tulsa World

John W. Franklin speaks about items that will be at the Smithsonian National Museum of African American History and Culture during a symposium on reconciliation in May. MIKE SIMONS/Tulsa World