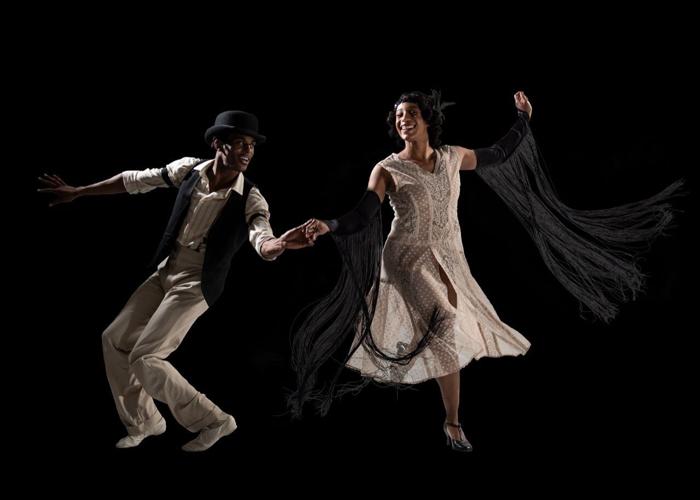 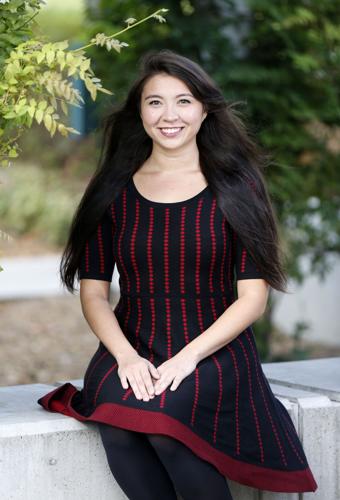 Michelle Honaker returns to play the title role in “Nanyehi.”

Tulsa Ballet will return to the Tulsa PAC for the first time in nearly two years for a special production that features the world premiere of “Breakin’ Bricks,” a multimedia dance work inspired by Tulsa’s Greenwood community.

Choreographed by Jennifer Archibald, the piece combines dance, dialogue and video to address issues of racism, resilience and reconciliation.

Archibald conducted videotaped interviews with a broad spectrum of Tulsans as part of her research for this piece. “The conversation with members of the community gave me a deeper understanding of the city and its citizens,” she said. “There was a significant shift in my creative process while interviewing Tulsans from different cultural backgrounds. Their voices are the spine of the work.”

Tulsa Ballet artistic director Marcello Angelini said the reason behind commissioning “Breakin’ Bricks” was because “Our commitment to the community goes beyond the presentation of dance. We have an obligation to present, without passing judgment or necessarily offering a solution, works that are pertinent to the cultural issues of the past and present. We are a Tulsa cultural institution and it’s unthinkable that we don’t use our platform to reflect on the most transformational event of the past 100 years for our community, and how it has affected our lives in the present.”

Joining the dancers of Tulsa Ballet and Tulsa Ballet II will be seven African-American guest artists, who have performed with such companies as Alvin Ailey American Dance Theater, Dance Theatre of Harlem, Ballet Memphis and BalletMet.

The program will also feature the return of “Flight of Fancy,” a fast-paced and lively piece by former resident choreographer Ma Cong, which he said was created “to impart a feeling of curiosity and playfulness to the audience.”

Tickets are $15. A $5 discount is available for Cherokee Nation citizens and children 12-under. Tickets can be purchased by calling the box office at 918-384-ROCK or by going online to the entertainment section of hardrockcasinotulsa.com.

“Nanyehi,” written by award-winning songwriter and recording artist Becky Hobbs and freelance director and co-playwright Nick Sweet, is the story of Ward, a legendary woman who was first honored in the 18th century as a Cherokee war woman, but then as a peacemaker during the American Revolution.

Halloween at the Abbey

It will host the Tulsa Foundation for Architecture’s “Uniquely Haunting Halloween Bash,” 6:30-8:30 p.m. Thursday, Oct. 28. The evening will be a costume party featuring live music by jazz artist Clark Gibson and a string quartet of students from the bART Center for Music, hors d’oeuvres, tarot card readings and libations, including a signature cocktail dubbed “The Corpse Reviver.“

All activities will be outdoors, so as not to disturb anyone’s eternal rest.

Tickets are $40-$50, with proceeds going to benefit the Tulsa Foundation for Architecture and the historic Abbey Mausoleum. To purchase: eventbrite.com.

The Abbey will also host “A Night at the Mausoleum: A Celebration of El Dia de los Muertos,” 4-10 p.m. Saturday, Oct. 30. The evening will feature contests for best altar display and best costume, with cash prizes awarded, along with live music by such artists as Ana Berry & Bossa, Michael Bremo, Edwin Garcia & Mezclave featuring Madalina, and a showing of the film “Beetlejuice.”

Tickets are $10 in advance, $15 the day of the event. To purchase and more information: theabbeyatrosehill.com.

Former Pittsburgh Steelers quarterback Terry Bradshaw and his wife, Tammy, have relocated to a smaller home and are selling their ranch home in southern Oklahoma.

Roll out the Barrel: Newest Apple Barrel Cafe offers comfort on a platter

Most entrees are served not on plates, but platters, which come to the table crowded with generous portions of all-American comfort foods.

Oklahomans Steve Gaines and Cassie Gaines were among six people killed in the crash, which occurred 45 years ago.

The Golden Driller and downtown Tulsa can be seen in an "Inside Tulsa King" video, which features creator Taylor Sheridan and cast members talking about the series.

Dominic Pace will be at Impulse Creations on Saturday, Oct. 1.

The award-winning, shot-in-Oklahoma TV series has been renewed for a third season.

The 45th anniversary of a plane crash that two band members of Lynyrd Skynyrd from Oklahoma — guitarist Steve Gaines and his sister, backup singer Cassie Gaines — is coming up next month. Former Lynyrd Skynyrd drummer Artimus Pyle is honoring the memory of those whose lives were lost by continuing to make music. Grace Wood and James Watts talk about this and other upcoming Scene features.

One of the main attractions of the festival is the food, which is prepared by volunteers from recipes that in some cases have been handed down for generations.

From arts shows to zombie hunts, there are many options for those who want to get out and enjoy fall events.

This will be the second trip to Tulsa for "The King's Mouth" after its initial run was cut short in March 2020 by the pandemic.

Mila Kunis had to 'power through' Ashton Kutcher's battle with vasculitis

Mila Kunis had to 'power through' Ashton Kutcher's battle with vasculitis

Michelle Honaker returns to play the title role in “Nanyehi.”