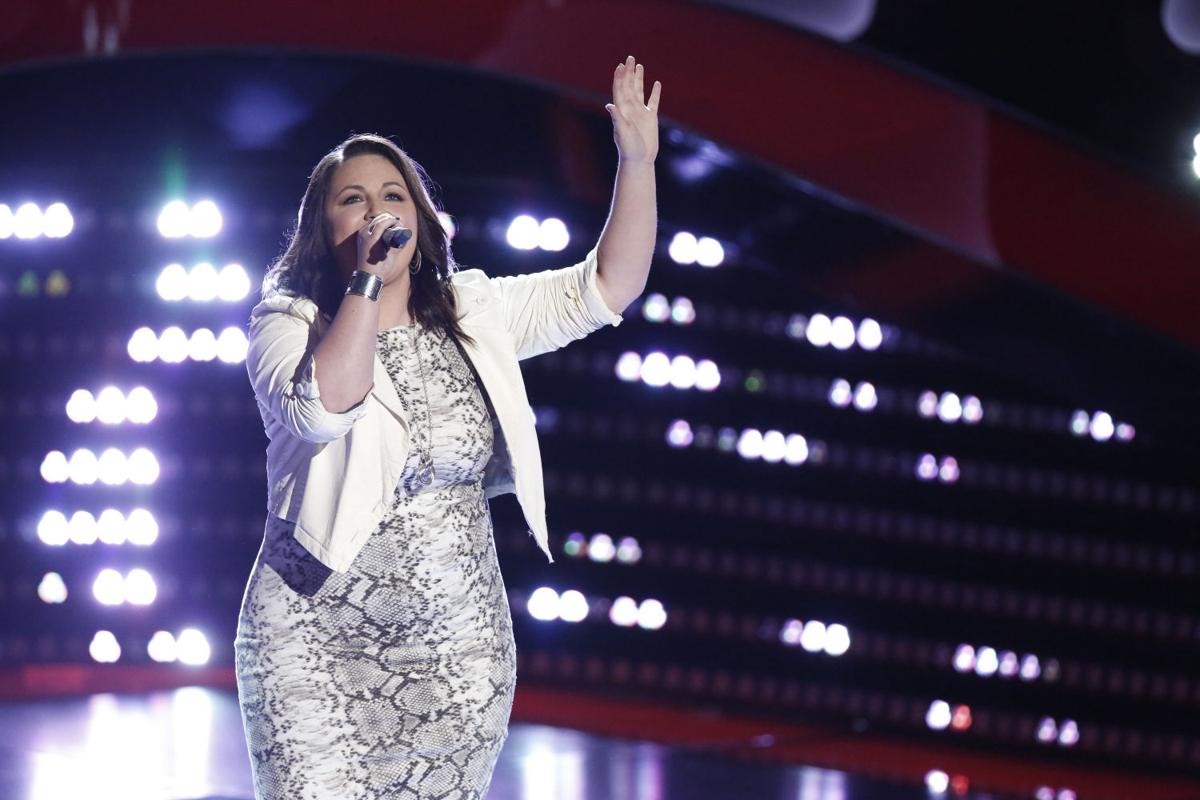 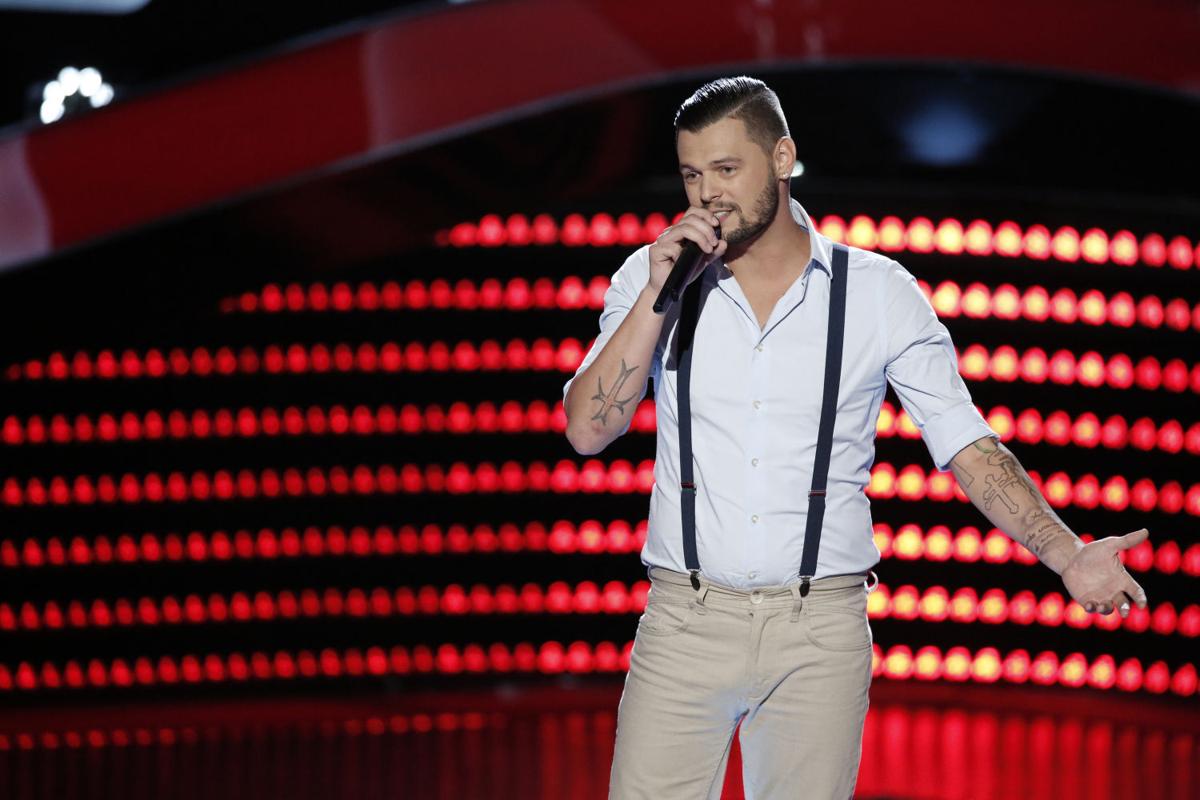 Justin Whisnant from Bearden impressed coaches Blake Shelton and Adam Levine with his rendition of Cole Swindell’s “Ain’t Worth the Whiskey” on Tuesday’s “The Voice.” TYLER GOLDEN/NBC

Justin Whisnant from Bearden impressed coaches Blake Shelton and Adam Levine with his rendition of Cole Swindell’s “Ain’t Worth the Whiskey” on Tuesday’s “The Voice.” TYLER GOLDEN/NBC

TVtype: Tulsan gets 'Happy' on 'The Voice'; OKC artist takes the stage

Fans attending "The Voice" watch party for Mounds' Chelsea Gann on Tuesday expecting to see her full blind audition had to be sorely disappointed.

Gann, 27, who graduated from Liberty Mounds High School, was only shown for a few seconds singing in a montage of three artists. But her performance of "Wild Angels," first performed by country music star Martina McBride, was good enough to draw a chair turn from coach Christina Aguilera.

"You have a super strong, powerful voice," Aguilera said. "I'm glad you're on my team."

"Omg......team Christina Aguilera!!!!!!! Say whaaaaaaa!!!!!! And I got to sing the legendary and incredible Martina McBride?!" Gann posted on her Facebook page after Tuesday's watch party.

To hear her full version of the song, go online to iTunes and download it at apple.com/WildAngels

Gann, the daughter of Debbie and Duane Gann, of Mounds, has performed the national anthem at numerous Oklahoma and Texas events, including the Tulsa Raceway, Arlington Live, 2015 Cavalcade, Professional Bull Riding Association in Tulsa in 2013, Tulsa Drillers games and in Nashville.

She was the last of three Tulsa-area artists, including Hay and Nhira, to have their blind auditions air on the show.

But another Oklahoma artist, the fifth this season, took the stage Tuesday night.

Justin Whisnant from Bearden, a tiny town southwest of Tulsa near Seminole in Okfuskee County, showed off his country music talent with a rendition of Cole Swindell's "Ain't Worth the Whiskey.

While coach Adam Levine was the first coach to turn his chair, Oklahoma's Blake Shelton wasn't going to be left out.

Levine, who thought Whisnant was "ridiculously good," didn't think he had much of a chance with the artist, but Aguilera pointed out that "his shoes have laces, they're not cowboy boots and he has suspenders."

"I don't really care about musical genres," Levine told the artist. "I care about great talent, and that's what I think you are."

"I do care about musical genres, especially about country music," said Shelton, who lives on a ranch near Tishomingo. "That is my passion so when I see, hear a great country artist, I take it to heart because I know there's probably going to be a relationship that goes on long after this show."

That sealed the deal, and Whisnant, who worked in the oil fields while playing with his band Cold Water County on the side, chose Shelton. He is the first Oklahoman to join Team Blake this season.

A special edition of "The Voice" airs at 7 p.m. Wednesday with Carson Daly hosting a recap of the blind auditions, including new footage and a sneak peek at next week's battles. Coaches Aguilera, Levine, Shelton and Williams also look back at their decisions as they head into the battle rounds.

The blind auditions continue at 7 p.m. Monday in the first hour, with the battle rounds beginning in the second hour of the show.

And, here is Whisnant's performance on the show: