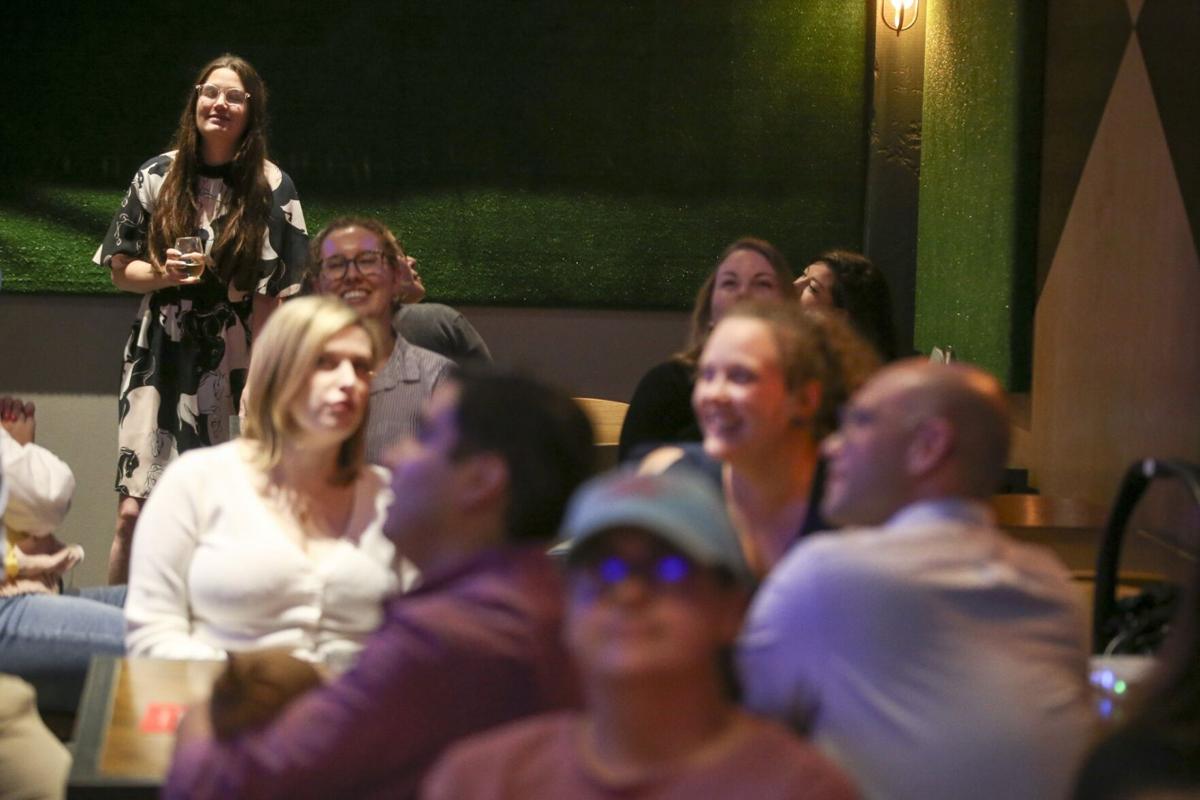 Mackenzie Jones (standing) was accompanied by friends during an Elgin Park watch party for her appearance on the "Jeopardy!" Tournament of Champions. 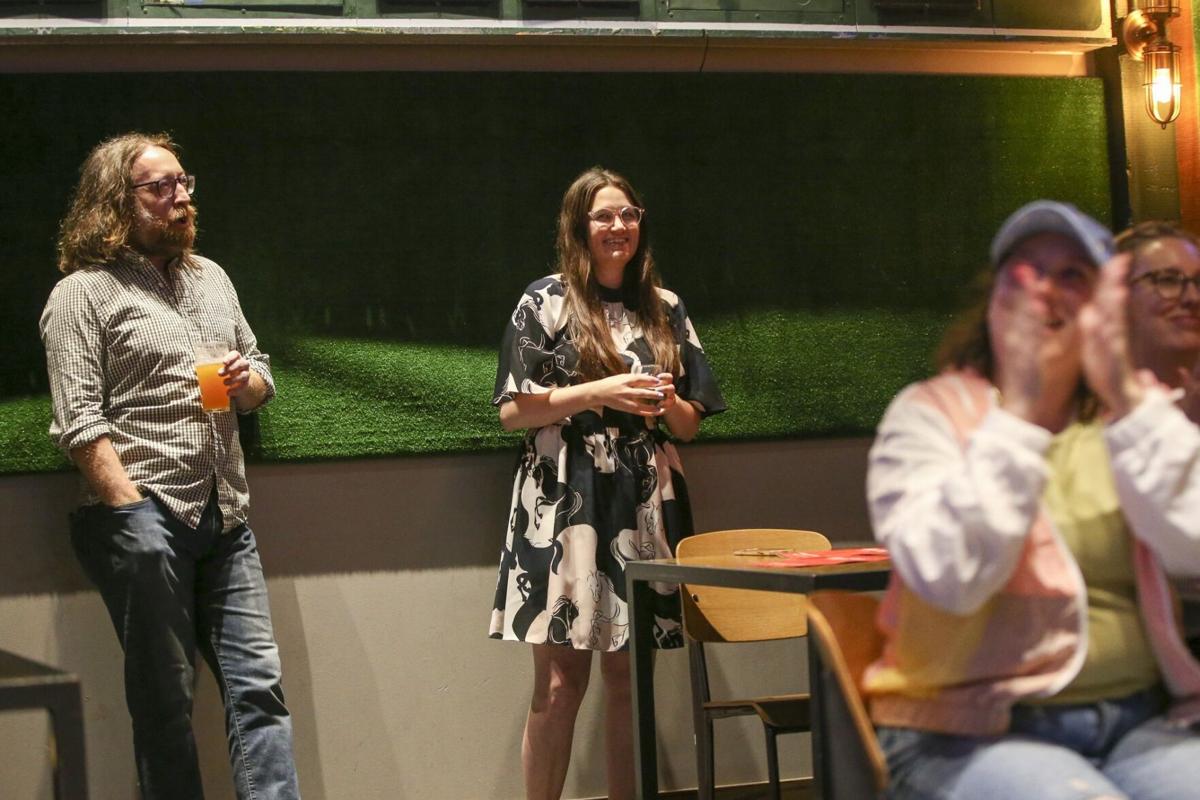 Mackenzie Jones (standing, center) relived her appearance on the "Jeopardy!" Tournament of Champions during a watch party at Elgin Park. She won eight times in episodes that aired in February of 2020. 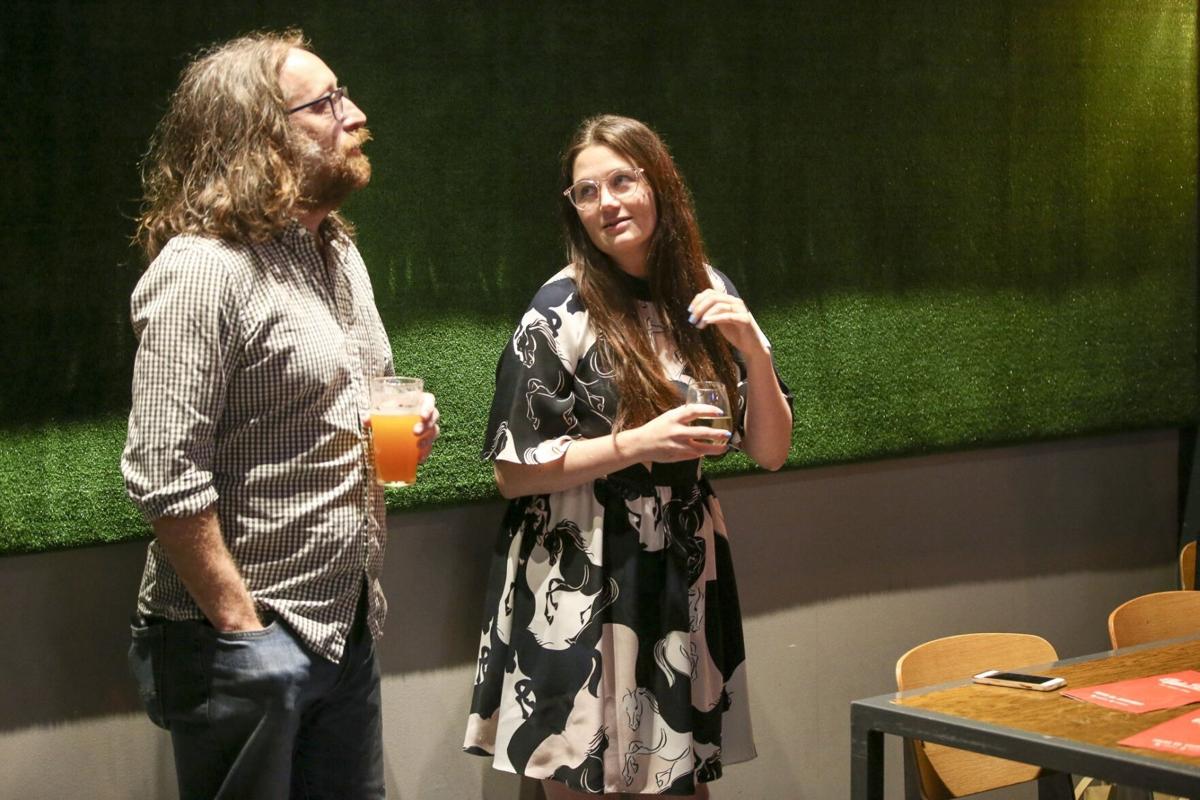 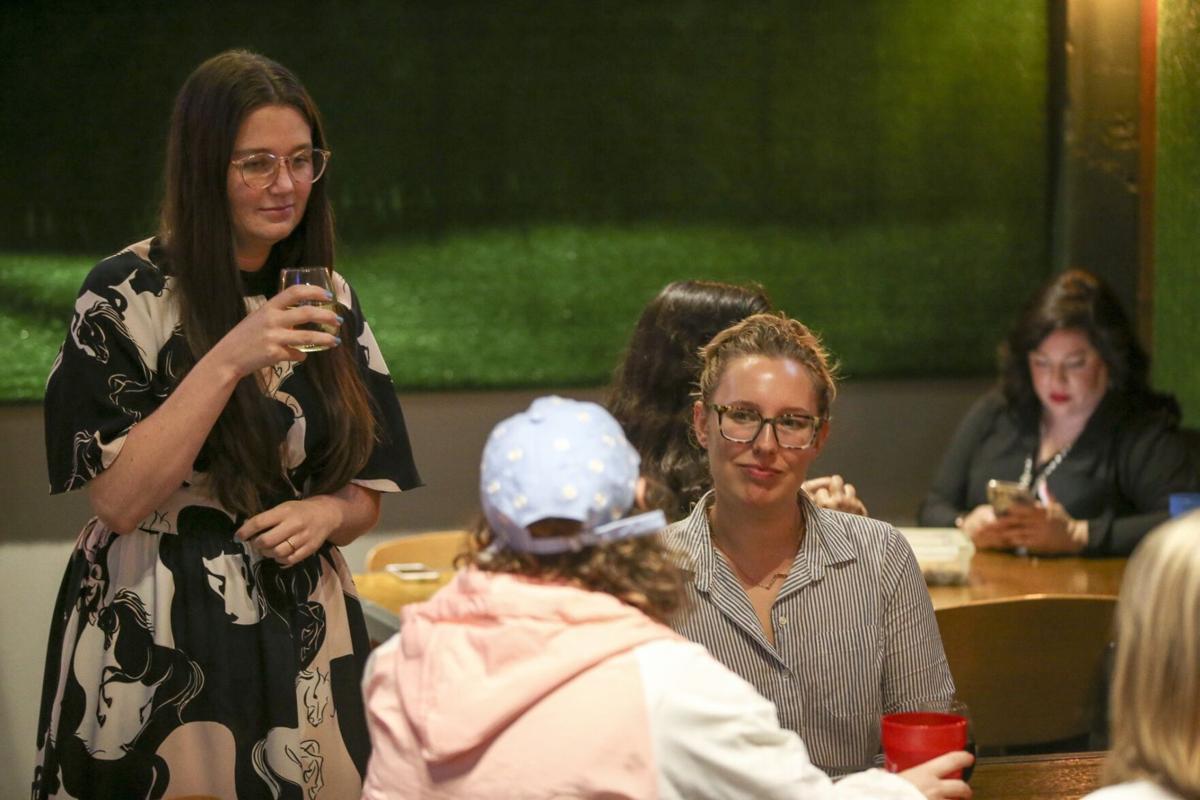 Mackenzie Jones was joined by friends at Elgin Park during a watch party for her "Jeopardy!" Tournament of Champions debut.

Tulsa’s MacKenzie Jones did not win in her “Jeopardy!” Tournament of Champions debut, but she remains in contention for a wildcard spot as the tournament continues.

In a Tournament of Champions episode that aired Thursday on KTUl channel 9, Jones finished second with $9,000. She made a clever gamble by wagering zero in Final Jeopardy, choosing to do so because the category (Colonial America) was not one of her strengths. Unfortunately for her, Kevin Walsh, who entered Final Jeopardy as the leader with $16,000, also chose to wager zero. All three contestants provided incorrect responses to the Final Jeopardy question.

Friends gathered with Jones at Elgin Park to watch the episode with her. She was the early frontrunner, but Walsh took the lead for good with a $2,800 Daily Double gambit. He cashed two Daily Doubles for a total of $5,800. Jones was the only one of the contestants who was not afforded a Daily Double opportunity.

Jones qualified for the tournament with an eight-game winning streak in early 2020 that netted her more than $200,000 in winnings.

In Jones’ return to the iconic quiz show, she told television viewers and Tournament of Champions host Buzzy Cohen that she named a cow on the Muscogee Nation tribal ranch after late “Jeopardy!” host Alex Trebek, who hosted the show during her winning streak. Jones said she wanted to name the smartest cow after Trebek, who resides at the Muscogee Nation’s Looped Square Ranch.

Disney repurposes another of its vintage titles with a series version of the cop-meets-dog comedy "Turner & Hooch." Netflix puts a "Masked Singer" twist on the dating genre with "Sexy Beasts."

WATCH NOW: Disney's parks aren't such a small world after all

Attractions at Walt Disney World and Disneyland are like icebergs. “You’re only seeing maybe two percent of the attraction,” says Brian Volk-Weiss, a Disney producer.

Worth Watching: Pope Francis in His Own Words, ‘Man vs. History,’ ‘Flash’ and ‘Have and Have Nots’ Finales

PBS profiles Pope Francis in a new season of the biographical "In Their Own Words." Historical legends get a myth-busting treatment in History’s "Man vs. History."

New release movies worth watching, Nicolas Cage recommendations, and more on the latest Just to be Nominated podcast

What to watch this week, including M. Night Shyamalan's "Old" in theaters, a roundup of Nicolas Cage's best roles, movie news, and more!

Everything you need to know about the 2021 Emmy nominations

Here's a look at diversity, firsts and more facts from the Emmy nominations announced this past week.

Bo Burnham’s “Inside” grabbed six Emmy nominations this week – a feat for any production.

Eight Emmy hopefuls you may not have considered

The Emmy nominations always turn up shows that may not have grazed your screen. Like “Bo Burnham: Inside,” they bear watching before the awards are given out Sept. 19 on CBS.

Joe Exotic to be resentenced in murder-for-hire case

A federal appeals court has thrown out Joe Exotic's 22-year prison sentence in his murder-for-hire case.

Mackenzie Jones (standing) was accompanied by friends during an Elgin Park watch party for her appearance on the "Jeopardy!" Tournament of Champions.

Mackenzie Jones (standing, center) relived her appearance on the "Jeopardy!" Tournament of Champions during a watch party at Elgin Park. She won eight times in episodes that aired in February of 2020.

Mackenzie Jones was joined by friends at Elgin Park during a watch party for her "Jeopardy!" Tournament of Champions debut.