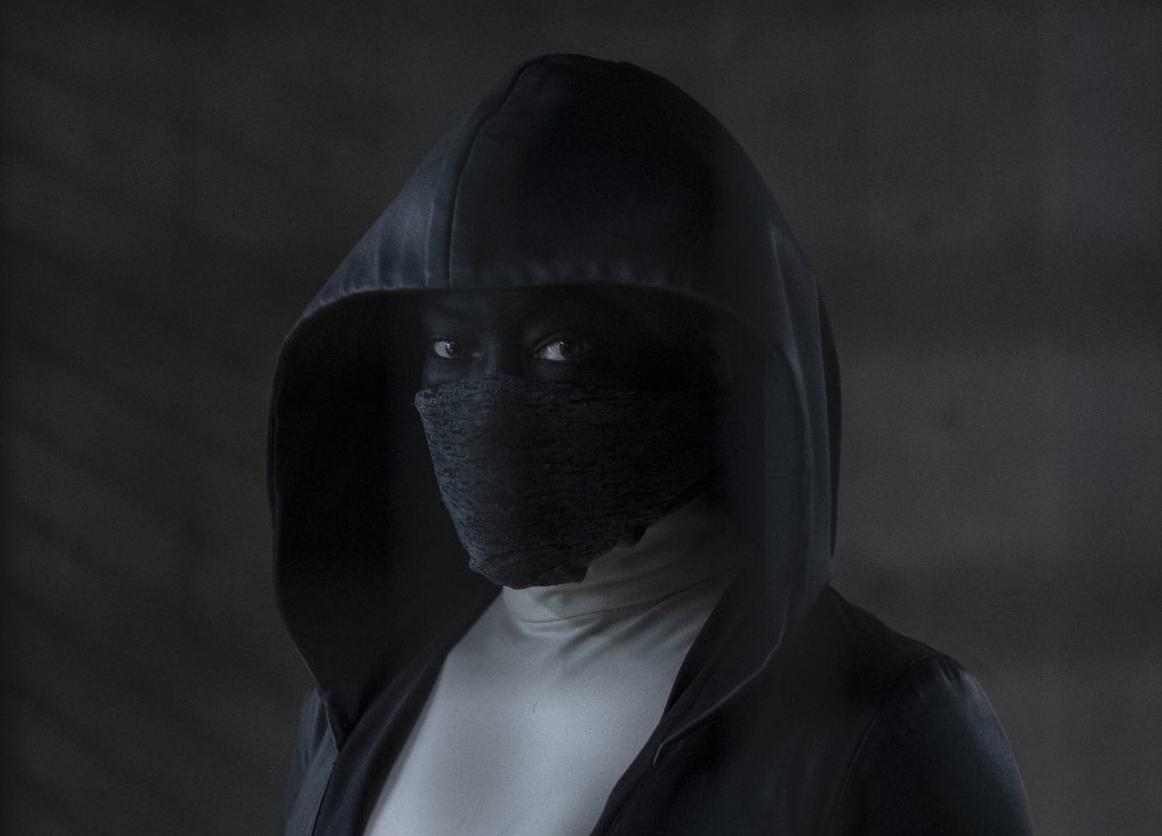 Cast member Regina King is shown in costume as her character in the series “Watchmen.” 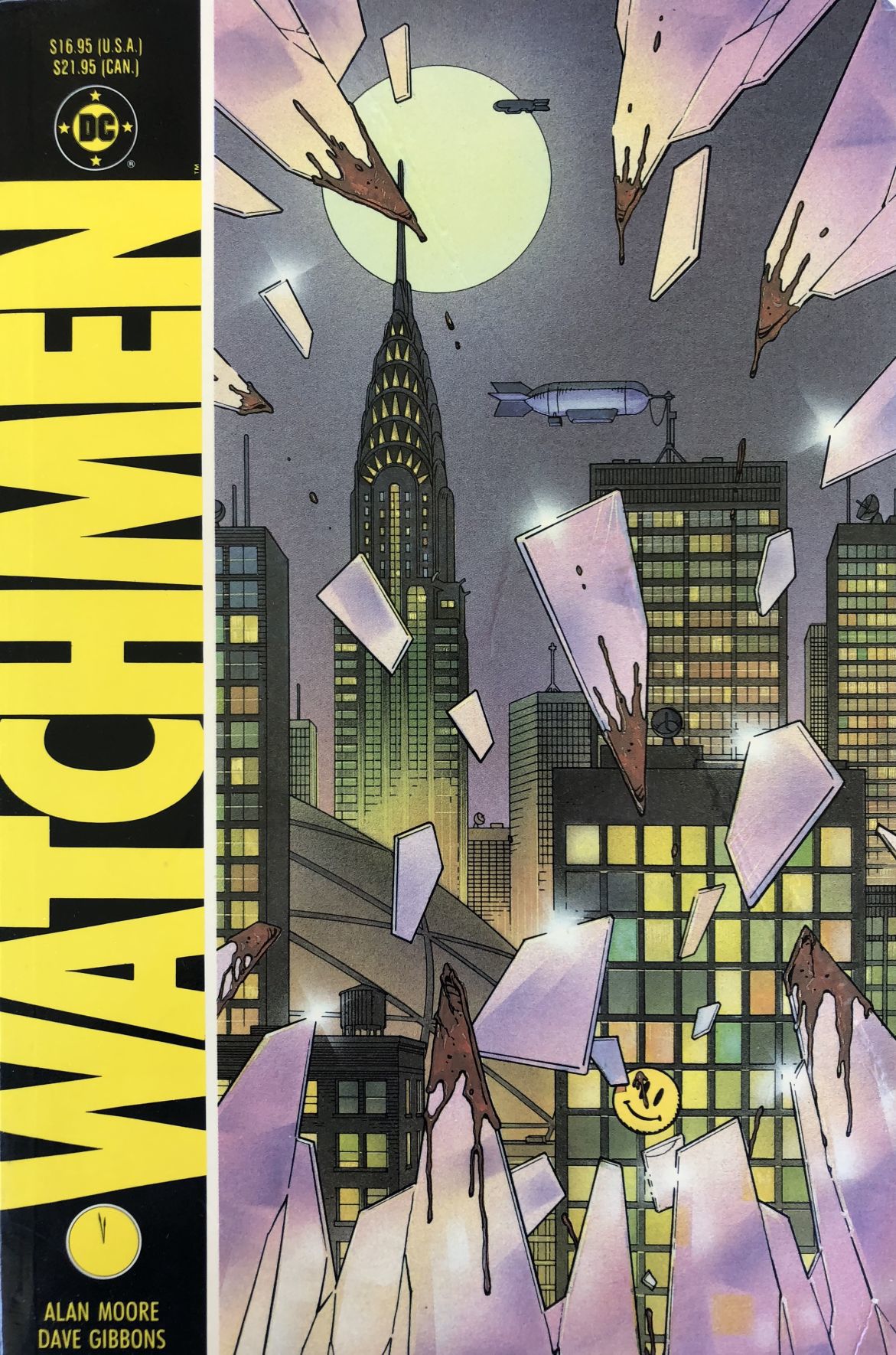 A revered graphic novel from the 1980s is the inspiration for the HBO series, “Watchmen.” This is a photograph of the graphic novel’s cover. Jimmie Tramel/Tulsa World

Want to know more about an HBO series that will be seemingly set in Tulsa?

You’ll have to wait a bit longer.

The series, expected to debut in the fall, is “Watchmen” and it’s a follow-up to source material from a revered 1986 miniseries/graphic novel written by Alan Moore and illustrated by Dave Gibbons.

If you were to ask me what the original Watchmen story was about, instead of attempting a legitimate answer, I might respond with words that sound like a relationship status on social media: It’s complicated. The Watchmen is as good as it gets in the graphic novel field — but it’s not easily nutshelled for those who aren’t familiar with the material.

The miniseries/graphic novel is not set in Tulsa. Neither was a 2009 movie adaptation. But word trickled out (unofficially) in June of 2018 that the pilot for the TV series will be Tulsa-centric.

Macon, Georgia, was used as a film site and unofficial set photos leaked showing the town is intended to be Tulsa. One of the photos showed a copy of the Tulsa World and a copy of a fictional newspaper, the Tulsa Sun.

An HBO publicist was asked recently if a premiere date has been announced and, at some point, can someone tackle the question of why the pilot is set in Tulsa? The publicist responded by saying she would be happy to discuss interviews once more information is released. But, as of now, this is the only info available:

“Set in an alternate history where ‘superheroes’ are treated as outlaws, this drama series from executive producer Damon Lindelof embraces the nostalgia of the original groundbreaking graphic novel of the same name while attempting to break new ground of its own.”

It seemed like we might be due for an outbreak of new “Watchmen” information this week. San Diego Comic-Con will take place July 18-21 and, if you want to promote a project, it’s often done there because SDCC is, at least temporarily, the pop culture center of the universe.

A June 27 news release said HBO is bringing three series to San Diego Comic-Con. “Watchmen” is not one of them. Panels and autograph signing sessions for “His Dark Materials,” “Game of Thrones” and “Westworld” are scheduled at the convention.

However, “Watchmen” was mentioned in the news release, which said fans should look around San Diego’s Gaslamp Quarter for a surprise “in-world” opportunity to engage with the new HBO series. Hmmmm. If anyone from Tulsa is headed to SDCC, check that out for us.

Meanwhile, we’ll keep an eye out for more tidbits.

Last year, a Macon television station reported the filming site for “Watchmen” was being transformed into a town called “Greenwood.” Greenwood is a Tulsa neighborhood that was regarded as “Black Wall Street” prior to the 1921 Tulsa Race Massacre.

Also in 2018, Lindelof posted a five-page letter to Instagram about “Watchmen” and his involvement, saying he was 12 years old when he was given the first two issues of the 12-issue Watchmen miniseries by his father. He has respect for what came before and said he is “remixing” rather than adapting the source material, which he said was canon.

An article on hbo.com said Nine Inch Nails musicians Trent Reznor and Atticus Ross are creating music for the HBO series. The same article suggests watching “The Leftovers” to get a sense of Lindelof’s work on HBO “or ‘Westworld’ if you are looking for another new spin on good guys vs. bad guys.”

A “Watchmen” teaser trailer has been released. It shows Johnson’s character saying, “We convinced ourselves that they were gone. But they were just hibernating.”

Keep up with new breweries, taprooms in Tulsa and around the state

Kim Kardashian is in a legal tussle over new brand name

Only in Oklahoma: Sterlin Harjo shares inspiration for 'Reservation Dogs' before premiere Aug. 9

"Reservation Dogs" co-creator Sterlin Harjo talks about why this TV comedy series could only be set in his home state, and how humor brings people together.

LeVar Burton begins ‘Jeopardy!’ guest host stint, but will he get permanent gig?

LeVar Burton began his long-awaited week as “Jeopardy!” guest host Monday after a wave of fan support and is among front runners for the permanent gig.

New movies worth watching, including 'Jungle Cruise,' 'The Green Knight' and more on the latest Just to be Nominated podcast

What to watch this week, including Disney's 'Jungle Cruise,' A24's hotly anticipated 'The Green Knight,' a French action farce starring JCVD that just hit Netflix, 'The Last Mercenary,' and more!

'Arthur' to end on PBS Kids after 25-season stint

Disney repurposes another of its vintage titles with a series version of the cop-meets-dog comedy "Turner & Hooch." Netflix puts a "Masked Singer" twist on the dating genre with "Sexy Beasts."

If you have no clue who “Ted Lasso” is, now might be the time to learn.

WATCH NOW: Disney's parks aren't such a small world after all

Attractions at Walt Disney World and Disneyland are like icebergs. “You’re only seeing maybe two percent of the attraction,” says Brian Volk-Weiss, a Disney producer.

Fan favorite LeVar Burton begins a week of guest-hosting duties on "Jeopardy!" The Tokyo Summer Olympics continues with Men’s Gymnastics Team finals among many other sports.

Cast member Regina King is shown in costume as her character in the series “Watchmen.”

A revered graphic novel from the 1980s is the inspiration for the HBO series, “Watchmen.” This is a photograph of the graphic novel’s cover. Jimmie Tramel/Tulsa World