Supermodel and businesswoman Tyra Banks will host the new season of "Dancing With the Stars" starting Sept. 14. 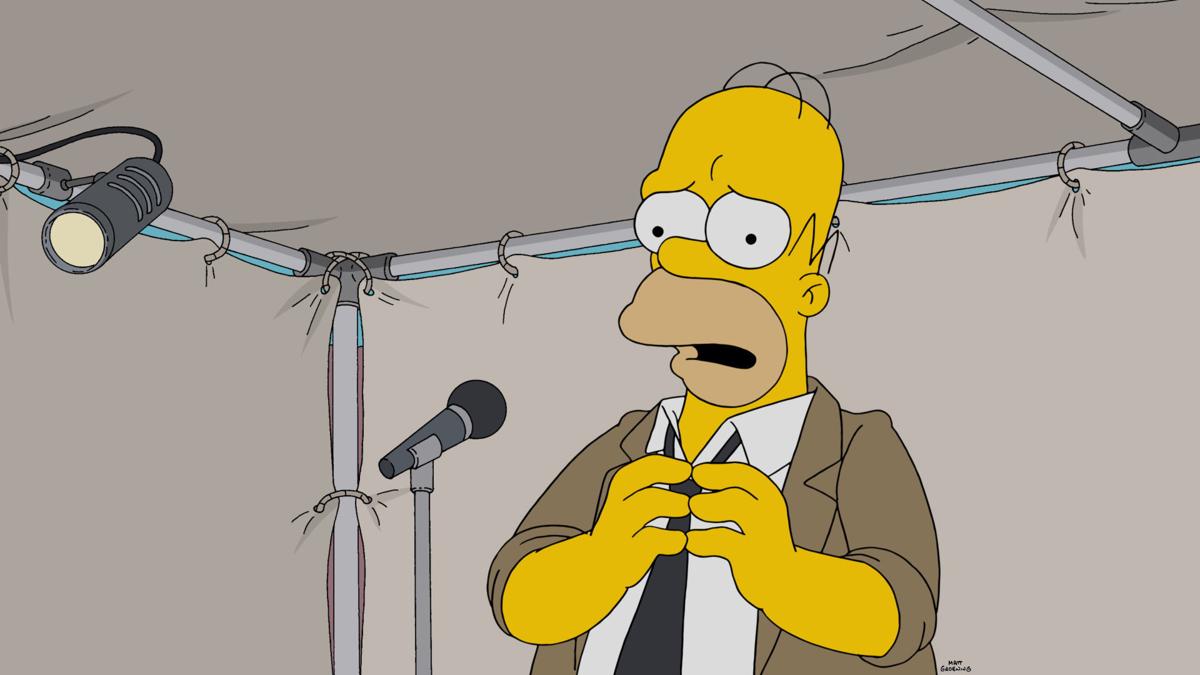 Homer Simpson in an episode of “The Simpsons.” 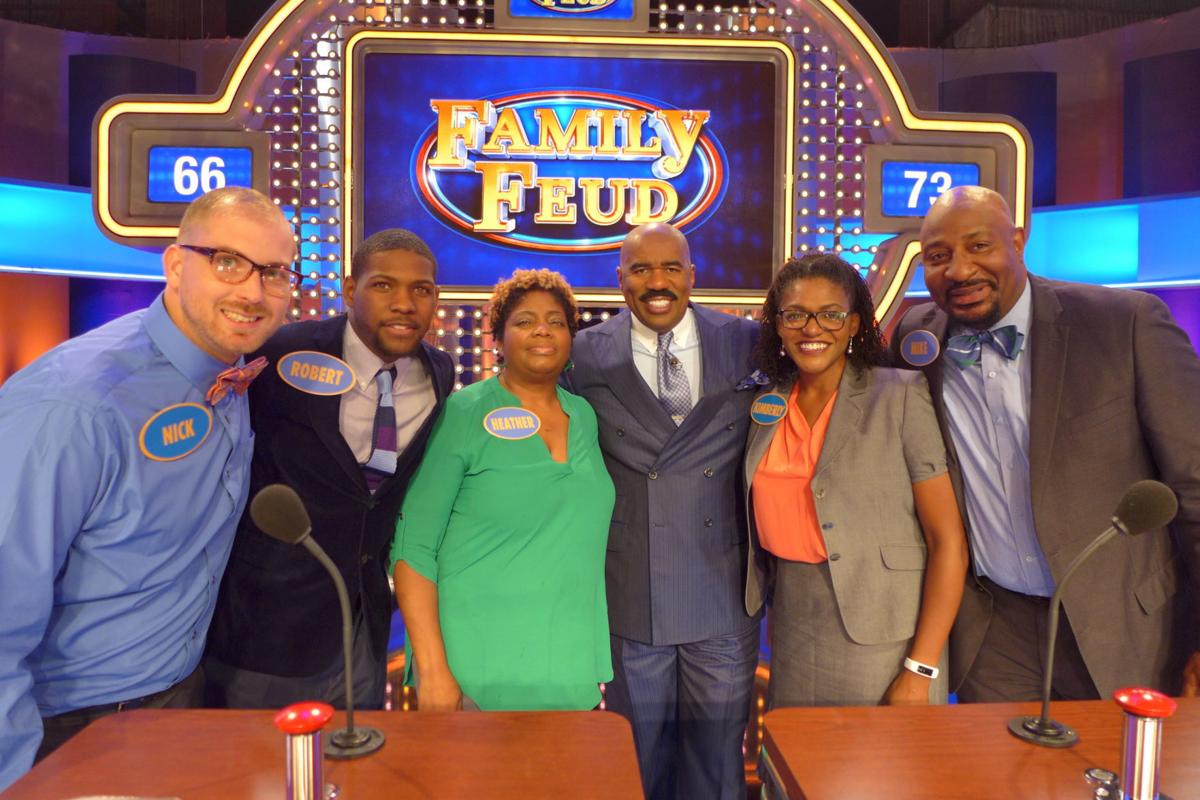 The Green Family of Tulsa, with host Steve Harvey, appeared on “Family Feud" in 2018. 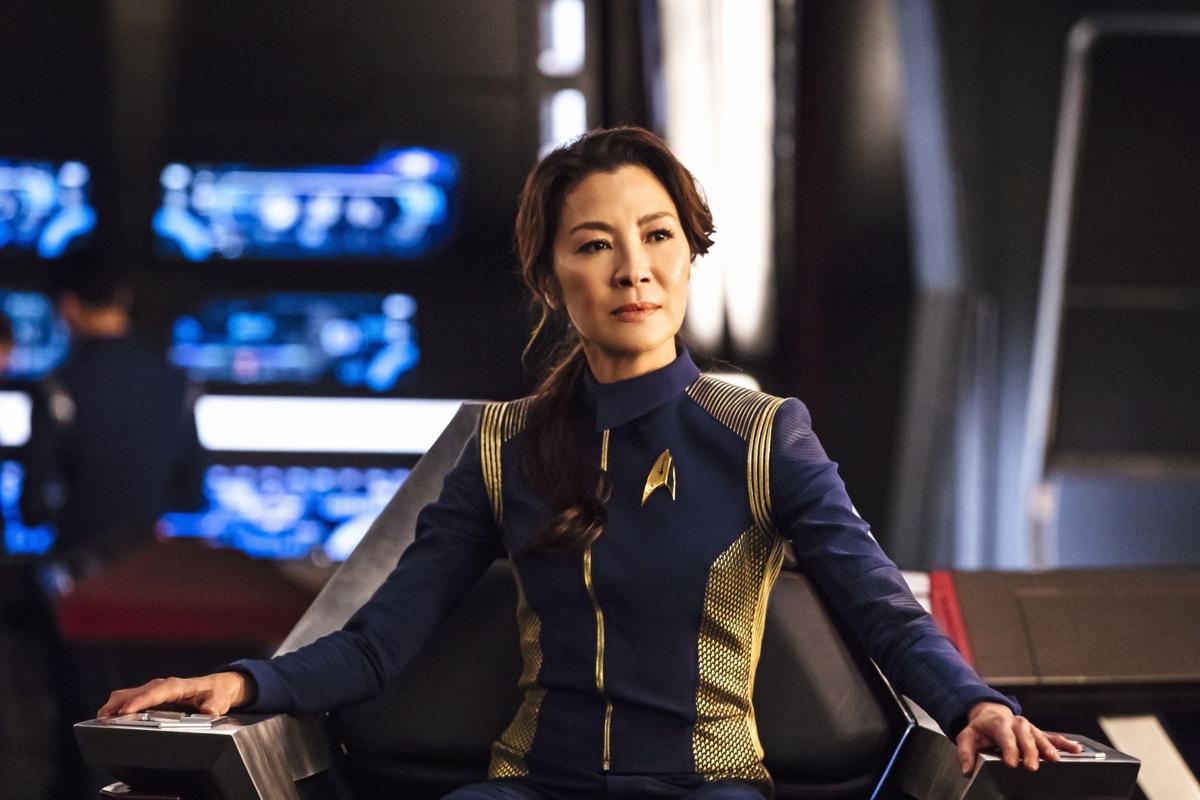 Michelle Yeoh starred on the first two seasons of “Star Trek: Discovery,” which was streamed on CBS All Access. The first season begins showing on CBS on Sept. 24.

If it’s September, it must be time for all of your favorite dramas and sitcoms to make their premieres on CBS, FOX, ABC and NBC.

If it were any other year, that is, and not in the era of a pandemic.

The effects of the coronavirus stopped production on TV shows and films worldwide beginning in March, and production has started back up in stages on your prime-time favorites.

But that doesn’t mean they’ll be arriving this month. Or next month. Some are waiting until the 2021 “midseason” to debut.

So which one of your longtime appointment-TV favorites is making its premiere in September on the “big four” major networks? What will there be to watch that’s new?

The No. 1 show on television, ratings-wise, is Sunday Night Football on NBC, the NFL’s prime showcase hosted by Al Michaels and Cris Collinsworth. Don’t wait until Sunday because the league year begins with an edition of the show Thursday, Sept. 10, with defending Super Bowl champion Kansas City Chiefs hosting the Houston Texans. Then start thinking about Sunday night, when the Dallas Cowboys will visit the Los Angeles Rams for a game in their new stadium.

“Dancing With the Stars” returns at 7 p.m. Monday, Sept. 14, on ABC with a new host in Tyra Banks and new guest contestants like Carole Baskin of “Tiger King” fame. “The Masked Singer” is back Sept. 23 on FOX, and it’s going to have a companion show following it called “I Can See Your Voice,” hosted by comedian Ken Jeong.

You asked for the Sunday Night Animation Domination Block of animated programming on FOX to return, and this year it arrives Sept. 27, full of cartoon fun that’s free of any COVID-19 germs. The lineup opens with the 32nd season of “The Simpsons” at 7 p.m., followed by the sophomore season of “Bless the Harts,” then “Bob’s Burgers” at 8 p.m. followed by the 19th year of “The Family Guy.”

When they are light on series to show, ABC can always plug in new episodes of its game-show lineup, and three return Sept. 24 for Thursday night entertainment. At 7 p.m., “Celebrity Family Feud” will kick things off, followed by “Press Your Luck” at 8 p.m. and “Match Game” closing out the night at 9.

A DRAMA WITH A PAST

“Star Trek: Discovery” was a key component of the debut of CBS All Access, the subscription video-on-demand and livestreaming service that began in 2017. Now, that first season of the series will see the Discovery crew’s tales showing for free on CBS beginning Sept. 24, playing at 9 p.m. Thursdays and giving newcomers a taste of the show that will see its third season launch Oct. 15 on All Access.

What the Ale: Broken Arrow has another brewery opening soon—The Nook Brewing Co.

Get the latest information on hit TV shows and more with our weekly newsletter!

The Damon Lindelof-created series was the leader in nominations going into the Emmys, and it took top prizes that included best limited series; best actress in that same category for Regina King; and best supporting actor for Yahya Abdul-Mateen II.

"Schitt's Creek" made history at Sunday's Emmy Awards with a comedy awards sweep, something even TV greats including "Frasier" and "Modern Family" failed to achieve.

Memorable moments from the weird and sometimes wonderful 'Pandemmys'

Some key moments of an unforgettably unusual night at the Emmys.

An MTV documentary will air Tuesday, Sept. 8, on A&E. Figures in the documentary elaborated on Tulsa's MTV connections during phone interviews.

Emmy predictions: ‘Watchmen,’ ‘Schitt’s Creek’ and ‘Succession’ are the ones to watch

Who’s leading the pack? By category, here’s how the 2020 race shapes up.

TV listings to be available daily in Tulsa World

Readers will still enjoy program listings, content and more, but on a daily basis, versus a weekly publication.

Supermodel and businesswoman Tyra Banks will host the new season of "Dancing With the Stars" starting Sept. 14.

Homer Simpson in an episode of “The Simpsons.”

The Green Family of Tulsa, with host Steve Harvey, appeared on “Family Feud" in 2018.

Michelle Yeoh starred on the first two seasons of “Star Trek: Discovery,” which was streamed on CBS All Access. The first season begins showing on CBS on Sept. 24.