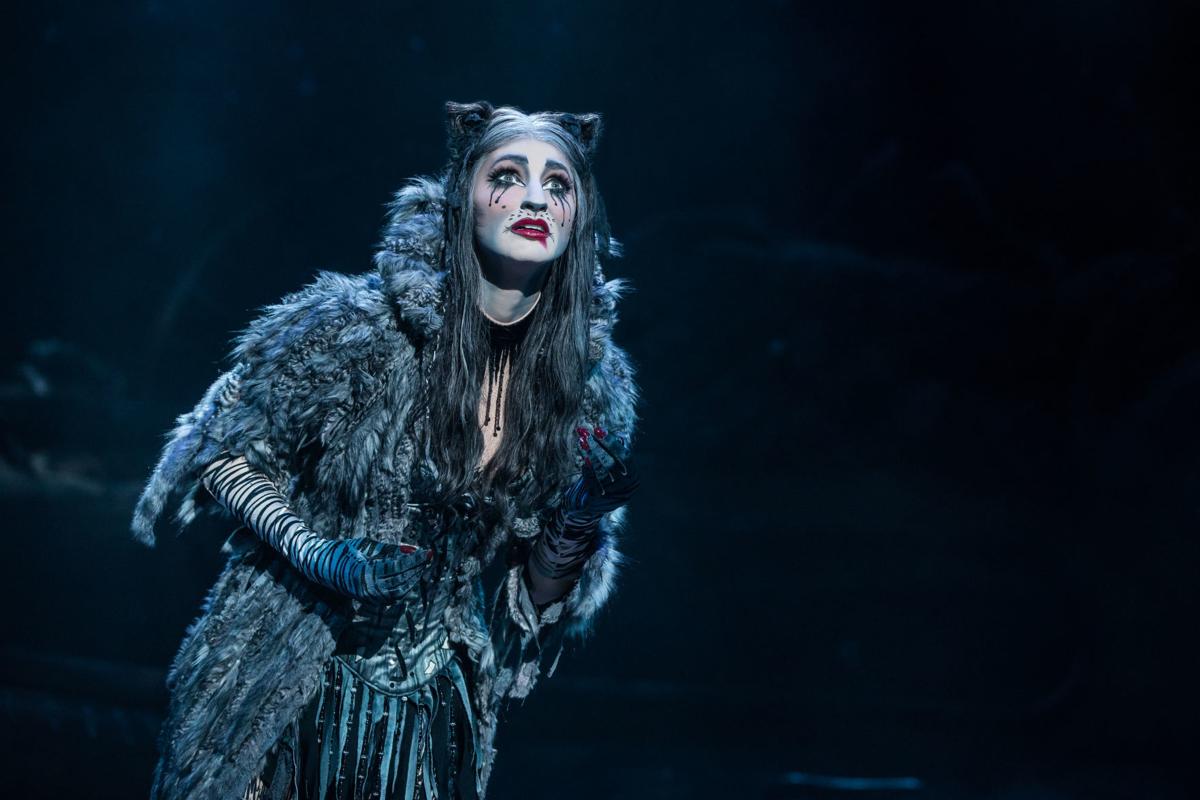 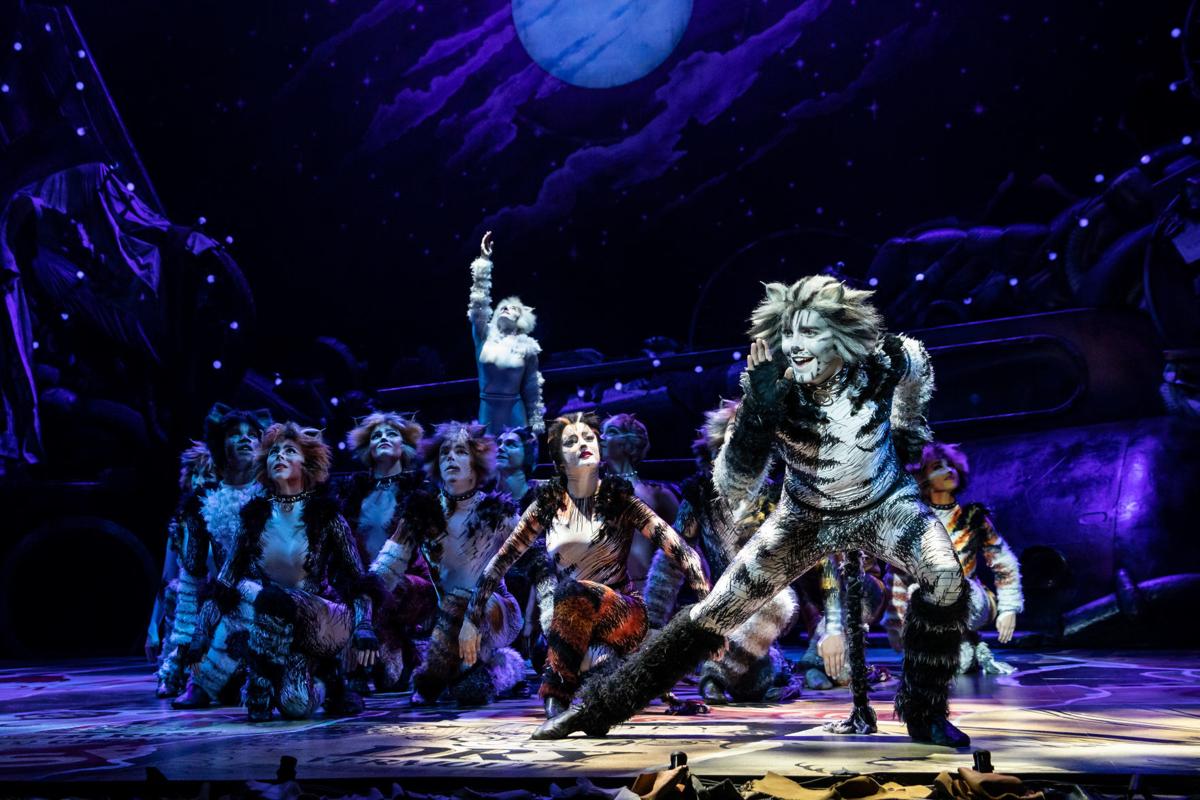 Dan Hoy (right) as Munkustrap serves as the narrator for much of the musical “Cats.” Courtesy/Matthew Murphy 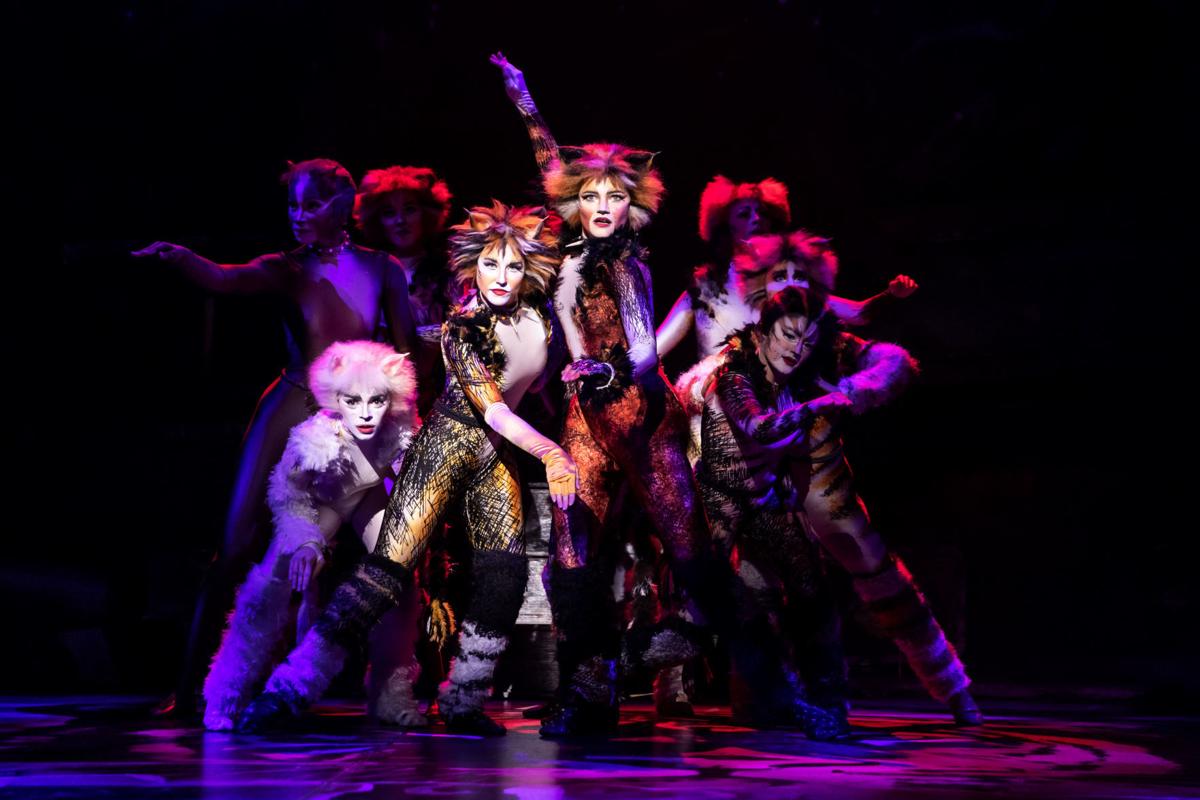 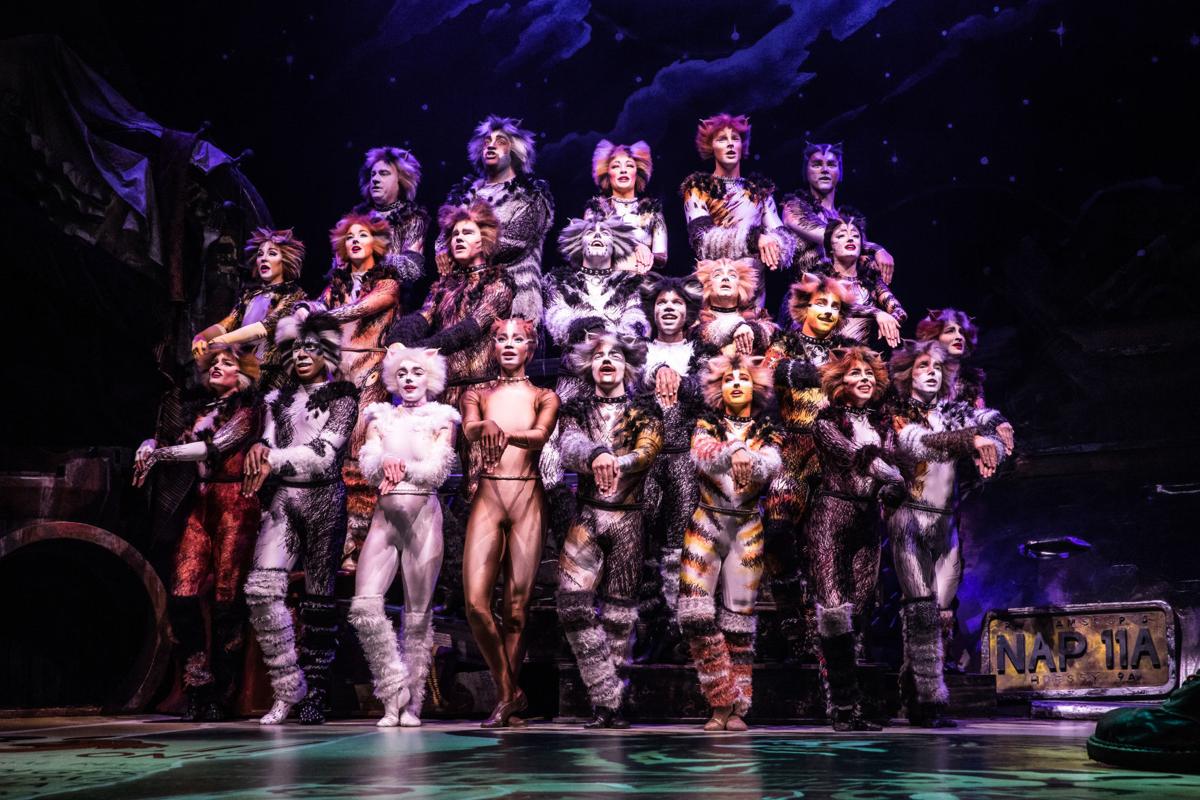 I definitely number myself among the former. I do not, however, consider myself a member of the latter group.

“Cats” — Andrew Lloyd Webber’s adaptation of a volume of feline-centric light verse by T.S. Eliot — is without a doubt a phenomenon, a landmark creation that forever transformed the genre of musical theater, a spectacle the likes of which hadn’t been seen before it slinked onto a London stage nearly 40 years ago.

And its continued popularity is undeniable. The original London and Broadway productions ran for decades, and it toured endlessly through the last quarter of the 20th century, including being presented in Tulsa on eight previous occasions.

The crowd that filled the Tulsa PAC’s Chapman Music Hall Wednesday night for the opening of the current touring incarnation of “Cats,” presented by Celebrity Attractions, was definitely happy to cuddle up for a couple of hours with this clowder of kitties.

This production has undergone more than a few changes. The order of songs has been juggled a bit, with one extended number, “Growltiger’s Last Stand,” excised completely (trust me, it’s no great loss – even composer Andrew Lloyd Webber has stated that he really didn’t like it that much).

This is no small thing, because “Cats” is as much a dance show as it is musical. Lynne’s classical ballet-based anthropomorphic movements mix uneasily with Blankenbuehler’s jazzy, febrile athleticism. It’s for the most part executed well, but what we remember as being explosive and daring now seems safe, even tentative.

But then, that is “Cats” is a nutshell. It’s a revue, an anthology of distinct individual vignettes tenuously linked together with the slenderest of narrative threads. It’s less than the sum of its parts, but that doesn’t matter much, as long as those individual parts amuse and dazzle.

Lloyd Webber began working on what would become “Cats” as a kind of songwriting exercise, and the show is a tribute to his abilities at tunesmithing — it is loaded with melodies that will reverberate in one’s cranium for days.

The words were another matter at Wednesday’s performance. When performers sang by themselves, they could be heard; however, where two or more cats are gathered in one place, too often all one heard might as well have been melodious caterwauls.

Among the standouts were PJ DiGaetano as the balletic Mr. Mistoffelees; Alexa Racioppi and Emma Hearn as Demeter and Bombalurina extolling the bad-boy qualities of Macavity the Mystery Cat; McGee Maddox as the hip-shaking Rum Tum Tugger; and Giovanni DiGabriele as the briskly efficient Skimbleshanks the Railway Cat.

But the best thing about the show is Oklahoma native Keri Rene Fuller as Grizabella the Glamour Cat. Her portrayal of this broken-down, brokenhearted creature is maybe the best of the many I’ve seen, and the way she infuses the show’s signature song with a real sense of anguish even as she rattled the rafters with some powerful singing, made her “Memory” truly live again.

What's behind the backlash to the French independent film that sparked a #CancelNetflix response?

Byron Berline lost hundreds of instruments when a fire destroyed his Double Stop Fiddle Shop in Guthrie. Said Berline: “There are some hurdles in life. It depends on how you want to approach them. You can either fall down and not get up, or you can keep running until you finish.”

Marvel to pay tribute to Native American heritage in November

In addition to publishing a comic written and illustrated by Indigenous creators, Jeffrey Veregge is illustrating Native American-themed covers that will appear on select Marvel titles.

ACM Awards 2020: Check out the list of winners and scenes from the show

Entertainer of the year, the top ACM prize, was presented last and produced a surprise. Here's the full list of winners as well as photos from the night's festivities.

Dan Hoy (right) as Munkustrap serves as the narrator for much of the musical “Cats.” Courtesy/Matthew Murphy