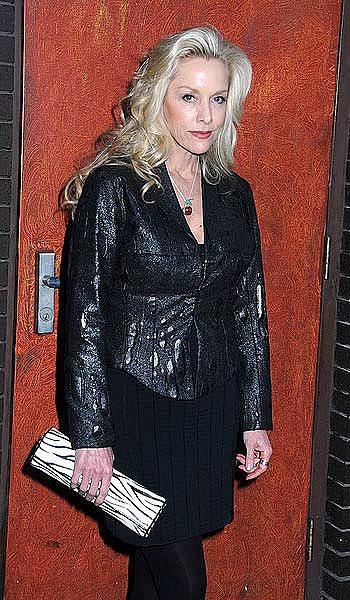 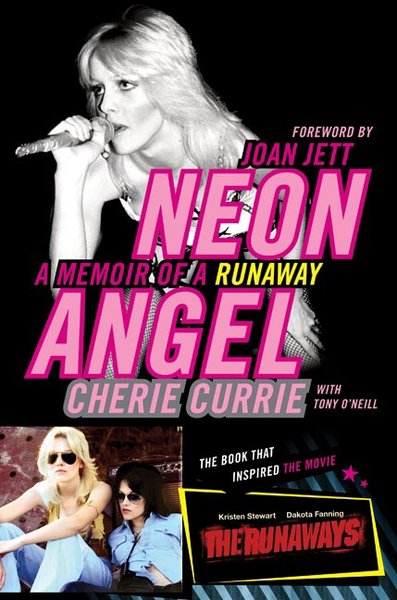 Neon Angel: A memoir of a runaway By Cherie Currie with Tony O’Neill HarperCollins, $24.99

The Runaways are known now mainly as the launching pad for the careers of Joan Jett and Lita Ford. But in the mid-1970s, the band was a phenomenon that stormed the world, with opening acts such as Tom Petty and Cheap Trick at their U.S. shows.

People couldn't believe that this group of "jailbait" (all of the girls were 15 and 16 years old when the band took off) could rock as hard as they did. And they didn't just play the music, they embraced the rock 'n' roll lifestyle, complete with too much sex and too many drugs.

The most horrifying aspect of former lead singer Cherie Currie's book, "Neon Angel: A Memoir of a Runaway," is the lack of adult supervision for five teenage girls who are exposed to the basest elements of society.

That scum includes their manager and producer Kim Fowley. In his role as Svengali for the all-girl rock band, Fowley not only controlled the purse strings (doling out a few dollars in spending money even as the teens performed sold-out shows around the world), but he also mentally and verbally abused the girls (constantly calling them "dogs," "dog puke" and an assortment of other dog-related vulgarities).

Currie and the rest of the Runaways are torn between loathing him and wanting to impress him.

In a weird way, that dichotomy permeates the book. The young Currie vacillates between being a self-assured rebel and an insecure approval-seeker. It's a plight that most teen girls can relate to, and I can't imagine having to live it out in public.

Although the memoir is repetitive at times, it is a riveting and sadly touching story. At 15, Currie develops a deep friendship with her 16-year-old bandmate Jett, and she finds an escape in the band. Reveling in her on-stage presence as a provocative wild child, she comes up with the idea of dressing in lingerie for her big number, "Cherry Bomb."

But off-stage, Currie's family is falling apart. Her dad, whom she adored, is an alcoholic and too weak to protect her from Fowley and the others who would prey on her. Her mother has remarried and moved to Indonesia. Even her twin sister pulls away, jealous and scared of what Currie has become. She is basically left to fend for herself.

Little is said about other parents of band members, but one mother, a nurse, goes on tour with the band and ends up becoming a pharmacy. With this kind of supervision, Currie's drug abuse quickly goes from bad to worse.

Even Currie's early exit from the band doesn't help her get a grip on her problems. Her addiction follows her for years until she hits rock bottom.

"Cocaine had destroyed me; it had taken Cherie Currie far, far away and left in her place this hideous zombie."

With the clarity of hindsight, Currie doesn't shy away from the awful events of her life. For every good memory, she recounts a dozen horror stories: rape, kidnapping, substance abuse, arrests, abortion, betrayal, failure. And most of the time, she names names.

Her brutally honest account is based in part on her 1989 memoir. The new edition includes a foreword by Jett and inspired the recent movie, "The Runaways" with Dakota Fanning and Kristen Stewart.

This book explores dark places, and the exploitation of these young women in the band is depressing to say the least.

Luckily Currie always manages to pull herself back from the abyss, continually reinventing herself. She's been an actor, drug counselor and personal trainer. Now in her 50s, she has a grown son and a career as a chainsaw artist that she loves.

Her growth and maturity end the book on a positive note.

"Neon Angel" is an incredible, searing ride. It is Currie's tribute to the saying "what doesn't kill you makes you stronger."

Neon Angel: A memoir of a runaway By Cherie Currie with Tony O’Neill HarperCollins, $24.99