New book, 'Tulsa 1921,' is product of years of research into Tulsa Race Massacre
Share this
Return to homepage × 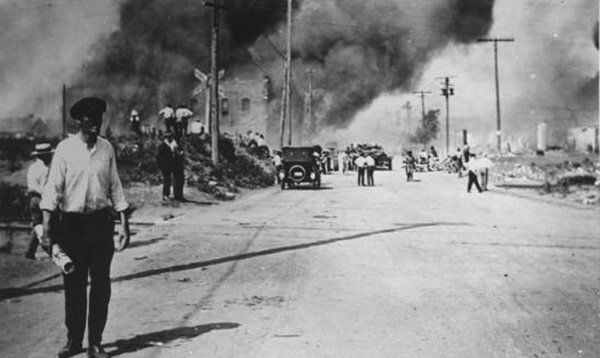 Bystanders mill about as smoke from burning buildings rises in the aftermath of the Tulsa Race Massacre on June 1, 1921. Courtesy/Beryl Ford Collection 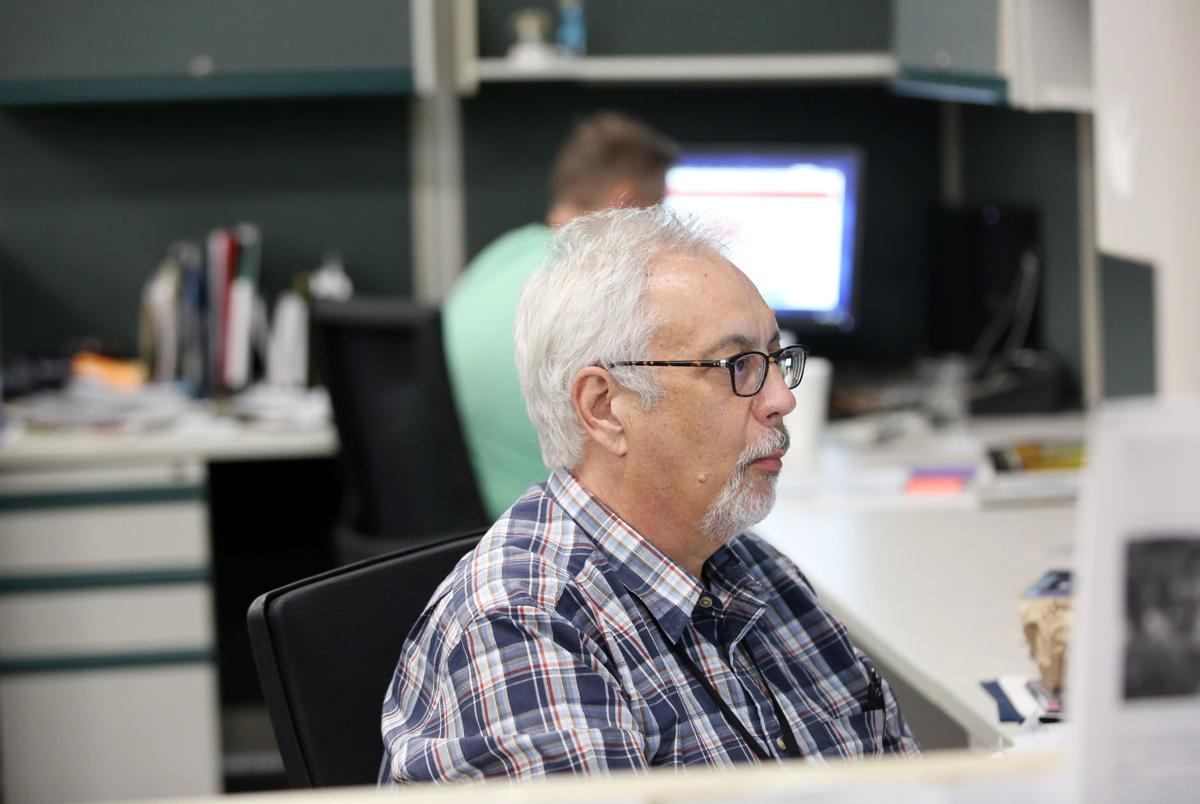 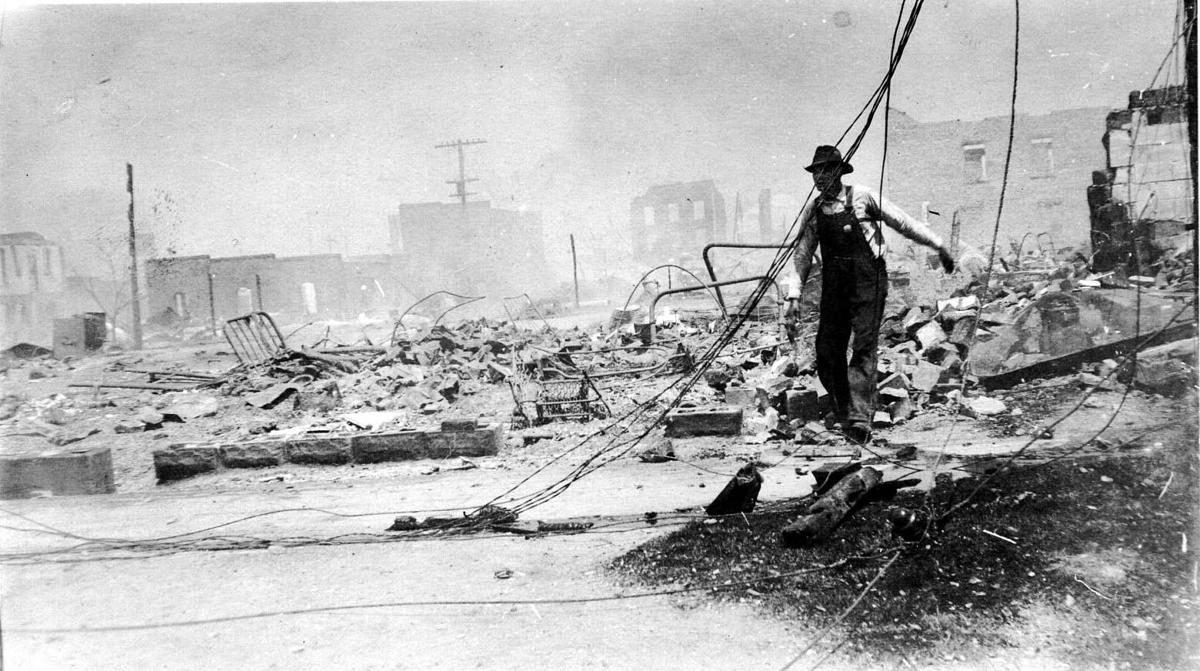 A man walks through the ruins of the Greenwood District in the aftermath of the Tulsa Race Massacre in 1921. Tulsa Police Chief John A. Gustafson was removed from office after the rioting. Courtesy/ Orcutt Family 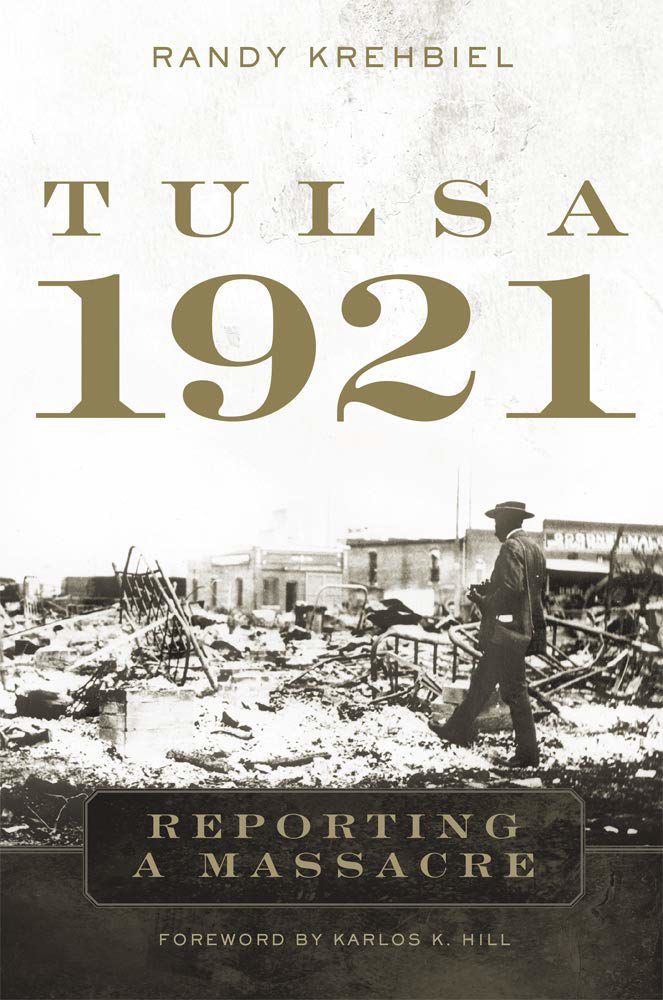 For the last 20 years, not a day has gone by that Tulsa World writer Randy Krehbiel has not thought about the events of May 31-June 1, 1921 — what is now known as the Tulsa Race Massacre.

“I don’t want to say it was an obsession,” Krehbiel said. “But even when I wasn’t actively writing or researching something about the massacre, I would be thinking about where I could find this bit of information, some new angle to take, trying to figure who is being honest and who isn’t.”

The result of these two decades of rumination, research and writing has culminated in “Tulsa 1921: Reporting a Massacre,” published by the University of Oklahoma Press.

The book focuses primarily on how the massacre was presented in the city’s main — and highly competitive — newspapers, the Tulsa Daily World and the Tulsa Tribune.

“What I tried to do in each situation was come up with a statement of fact as to what I had found through my research, and include some insights about how this could have happened, and how it couldn’t of happened, and why I came to that conclusion,” Krehbiel said.

Krehbiel said that the most disturbing and surprising thing he discovered in his research was not the level of violence unleashed on May 30-June 1, 1921.

“All it takes is to look at the photographs of Greenwood after the massacre and you know that something really horrible has happened,” he said. “For me, the real revelation was the everyday racism that existed in society at that time, and the incredible constraints that were placed on African American people. You look for heroes and villains in a story like this, and what you find is that even the white people who did try to help Tulsa’s black community had racist ideas themselves.

“There are a lot of ideas about why the massacre happened,” Krehbiel said. “But the main reason, I think, was retribution. It was about putting ‘those people back in their place.’ It was a way for one group to say to another, ‘It doesn’t matter how far you’ve come, we can take it all away in an instant.’ And that’s exactly what happened.”

When Krehbiel, who joined the Tulsa World in 1979 and has specialized in writing about politics and government, first began work on this project, the idea of writing a book was the farthest thing from his mind.

In 1999, a few years after the Tulsa Race Riot Commission was established, Joe Worley, the World’s executive editor at the time, assigned Krehbiel to put together an archive about the Tulsa Race Massacre that could serve as a resource for future coverage.

“We had at the time very little about the massacre in our clip file, and most of that was inaccurate,” Krehbiel said. “The assumption most people had was that the World and Tribune really didn’t cover the massacre, or that whatever they did publish was missing.

“But once I really started to get into this, I found there was much more material than people realized,” he said.

Krehbiel began creating a timeline of the events, continually expanding on it as new information was discovered, until it ran some 70 typewritten pages. He amassed thousands of documents, including items from the Oklahoma State Archives, and spent hours scrolling through microfiche archives of Tulsa World and Tulsa Tribune newspapers.

About five years ago, Krehbiel decided the time had come to assemble his research into a coherent narrative — again, for the Tulsa World’s own archive. Then a former World colleague put him in touch with someone with the University of Oklahoma Press, and the plans for turning his research into “Tulsa 1921: Reporting a Massacre” began in earnest.

Because Krehbiel’s book is based primarily on published sources as opposed to first-hand interviews and oral histories, “Tulsa 1921” is heavily footnoted.

“That was something I wanted,” he said. “In fact, the OU Press people had me take some of the footnotes out. But my goal was that, if someone wanted to follow me on this, wanted to check out what I was saying, they would be able to do that.

“That’s because I know I’m putting out things that don’t quite follow what’s come to be thought of as the official story,” Krehbiel said. “Things like the Tribune editorial, the number of people who died, the airplanes — yes, there were airplanes, but exactly what, if anything, they did I couldn’t find it.”

The “Tribune editorial” is a reference to one of the persistent legends surrounding the Tulsa Race Massacre — a piece published in the May 31, 1921, edition of the Tulsa Tribune with the headline “To Lynch Negro Tonight.”

“I found it kind of telling that none of the reports that appeared in some of the black-owned publications that covered the massacre, or even in the Tulsa World, made any mention of this editorial,” Krehbiel said. “There were references to the Tribune’s news article about Dick Rowland’s arrest, that had the headline ‘Nab Negro for Attacking Girl in Elevator’ — in fact, the Black Dispatch in Oklahoma City called that ‘The Story That Set Tulsa Ablaze’ — but nothing about an editorial encouraging people to lynch someone.”

The book concludes with a chapter that deals with some of Tulsa’s more recent racially charged crimes, including the Terrence Crutcher killing, the “Good Friday” murders and the murder of Jeremey Lake by former Tulsa police officer Shannon Kepler.

“My editors at OU Press had mentioned they wanted me to include something about the Good Friday murders, and I realized that if I did that, I would need to address these other incidents,” Krehbiel said. “I don’t think there’s any kind of direct connection between the Good Friday case and the Tulsa Massacre. However, there are some parallels with the Robert Bates case, which — as it was in 1921 — was about giving a badge and a gun to someone who shouldn’t have had either, and the tragedy that came from that.”

Nehemiah D. Frank, founder and editor of the Black Wall Street Times, will join Krehbiel for this conversation.

The event, which is sponsored by Magic City Books and BookSmart Tulsa, is free.

Bystanders mill about as smoke from burning buildings rises in the aftermath of the Tulsa Race Massacre on June 1, 1921. Courtesy/Beryl Ford Collection

A man walks through the ruins of the Greenwood District in the aftermath of the Tulsa Race Massacre in 1921. Tulsa Police Chief John A. Gustafson was removed from office after the rioting. Courtesy/ Orcutt Family