We’ve got tickets to give away to the Blake Shelton concert that will be shown Saturday, July 25, at the Admiral Twin and on drive-in theater screens across the United States and Canada.

For a chance to win the tickets, go to the Tulsa World Scene Facebook page and like it; find a post about the concert, like it and tell us who you want to bring with you in the comments. Each ticket will admit one car containing up to six people (as many as there are legal seatbelts).

Or buy tickets at ticketmaster.com/encore-blakeshelton. For more information, visit encorenights.com. 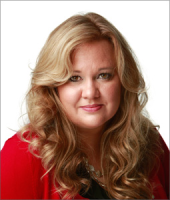