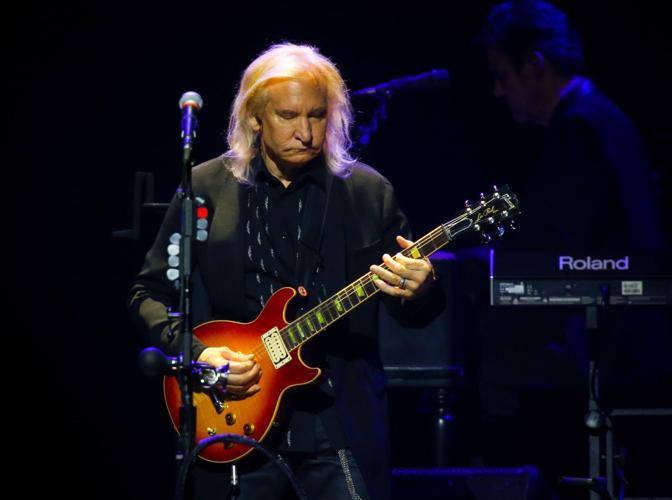 Several Joe Walsh songs were included in the Eagles' setlist on Monday at the BOK Center. 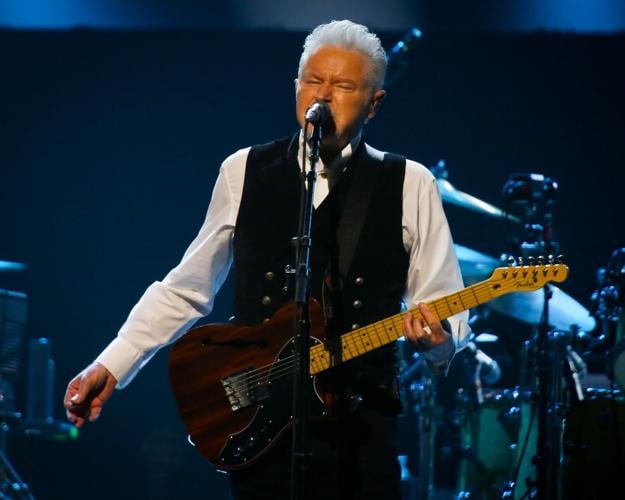 Don Henley's vocals were a highlight of Monday's Eagles concert at the BOK Center. 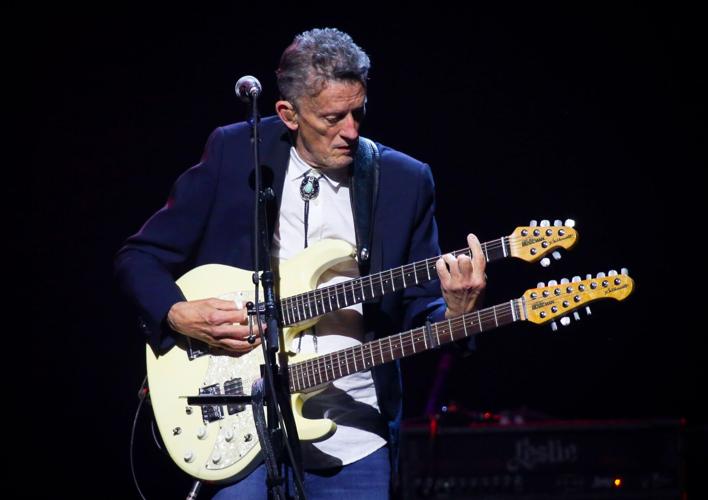 Eagles guitarist Steuart Smith plays the first song of the night, "Hotel California," during the Eagles' Monday concert at the BOK Center. 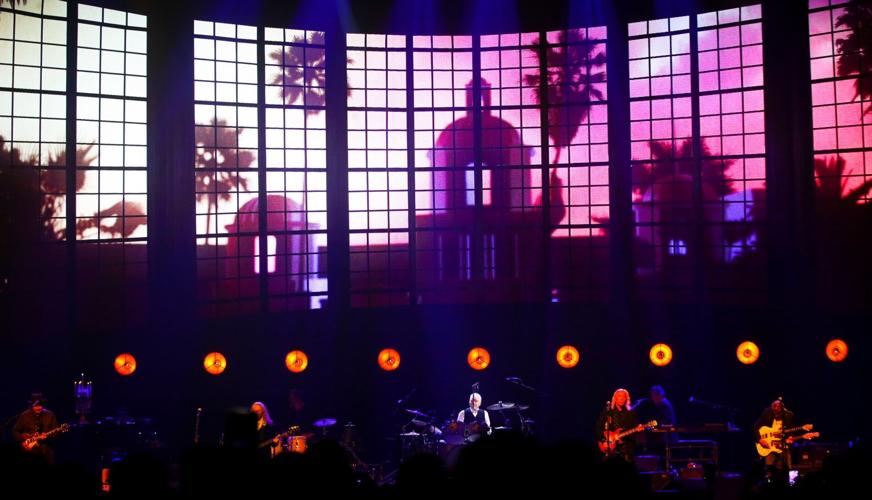 My ticket price for such a remarkable show: $16.50. Only 3½ years had passed since the release of “Hotel California” — a masterpiece that today ranks third all-time on the list of best-selling albums. At No. 2 is Michael Jackson’s “Thriller.” At No. 1 is “The Eagles’ Greatest Hits.”

For $200 on Monday night, you could secure a pretty decent seat for a pretty amazing show.

As the Eagles’ “Hotel California” tour made a stop at Tulsa’s BOK Center, a capacity crowd of about 15,000 watched the band flaunt its status as one of the more commercially potent brands in music history.

By the end of a two-hour, 45-minute performance of the entire “Hotel California” album along with 19 additional Eagles standards, no one groused about the ticket prices. This music is known as “classic rock” for a reason, and the Eagles of 2022 delivered with a loud, clean and infinitely satisfying reminder that they owned the ’70s.

Don Henley, Joe Walsh and bassist Timothy B. Schmit all are 74, and yet the band as a whole seemed more energetic than was the case when the Eagles played Tulsa in 2018.

“Oklahoma has produced so many great musicians,” Henley told the crowd, “and we are privileged and proud to have one here with us tonight: Mr. Vince Gill.”

“You’re in for a treat,” Henley said as Gill stepped up for the stunning lead vocal on “Take It to the Limit” and “Tequila Sunrise.” During the “Hotel California” album portion of the show, the 65-year-old Gill did a beautiful job on “New Kid in Town.”

The show began, of course, with the “Hotel California” single, featuring the Walsh-Steuart Smith guitar duel on the best outro of all time.

The Eagles have become the BOK Center’s house band. On Sept. 6, 2008, they were here for the first concert at Tulsa’s downtown-changing arena. They returned for another show only three months later, and in 2018 they were at the BOK Center for their first Oklahoma show after the 2016 death of band co-founder and co-captain Glenn Frey.

During the 2018 show, Frey’s son Deacon essentially played the Glenn Frey role on rhythm guitar and vocals on several songs. After four years, Deacon Frey no longer tours with the band.

The 2018 Tulsa show felt like “the Eagles with special guest Vince Gill.” He now appears to be a full-fledged Eagle, and that the Norman native no longer is on loan from country music. Gill has not abandoned his country career, but his talent and the Eagles' songs are a perfect marriage.

Henley’s vocal strength was especially evident on “Wasted Time” — in my opinion the prettiest and most touching of all Eagles songs. It was during “Wasted Time” that the Eagles revealed a cool surprise. Providing backing strings were two dozen members of the Tulsa Symphony.

The incredibly underrated Smith has been an Eagle side man for 21 years, known for his exact replications of former Eagle Don Felder’s solos. While Henley, Walsh and Gill overpowered the audience with their stardom, Smith is a weapon — a special force who completes the Eagles’ concert brilliance.

Monday’s performance occurred, Henley reported, 50 years and two weeks after the release of the Eagles’ first single — “Take It Easy.”

Photos: The Eagles along with Vince Gill perform at the BOK Center

Flint, survived by his bride, Brenda, was named Breakout Artist of the Year at the We Are Tulsa Music Awards in 2019.

Jean Rodgers, soon to be 92, has seen almost every BOK Center event

A concierge and "people person," Jean Rodgers was hired before the BOK Center opened in 2008. The venue is turning 15 in 2023.

Among Kent Blazy's seven No. 1 songs is "If Tomorrow Never Comes," a song he co-wrote with Garth Brooks.

There are many ways one can celebrate the season — and support Tulsa's creative community — through the arts.

We asked Underwood for her favorite Christmas memory of growing up in Checotah. Here's what she told us:

Ticketmaster blamed "bot attacks" after its Taylor Swift ticket fiasco. Now feds are being pushed to enforce a law designed to fight such "attacks."

It's Zach Bryan's first Grammy nomination. Also, Reba McEntire was nominated along with Dolly Parton in the category of best country duo/group performance.

Several Joe Walsh songs were included in the Eagles' setlist on Monday at the BOK Center.

Don Henley's vocals were a highlight of Monday's Eagles concert at the BOK Center.

Eagles guitarist Steuart Smith plays the first song of the night, "Hotel California," during the Eagles' Monday concert at the BOK Center.