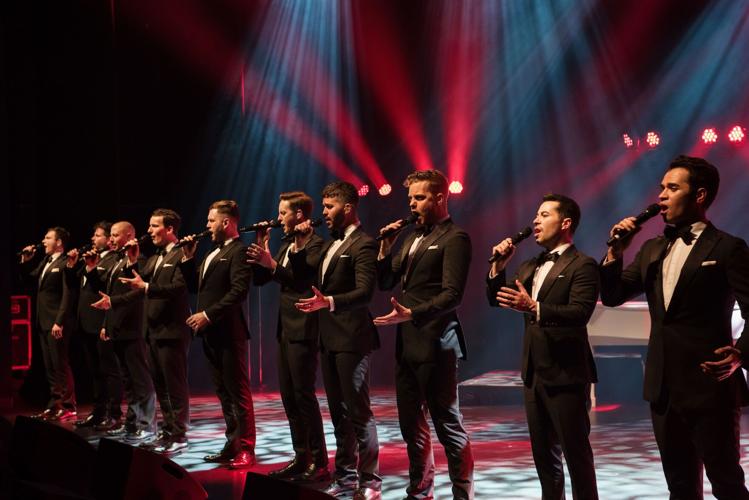 The Australian vocal ensemble the Ten Tenors bring their “Love Is in the Air” concert to the Tulsa PAC March 1. 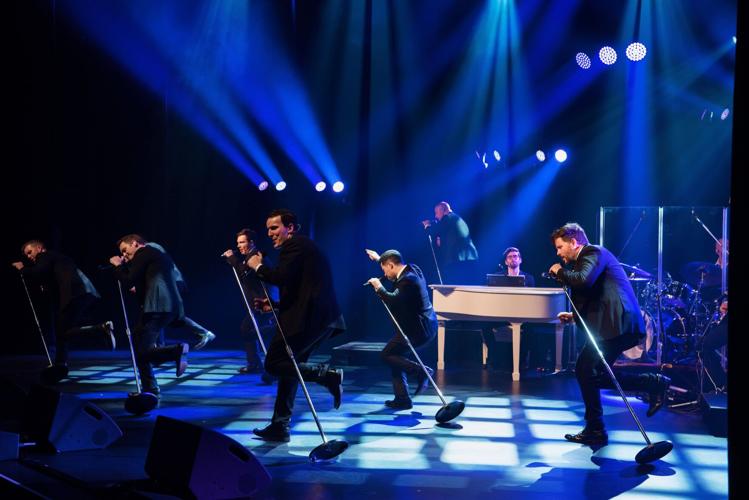 The Australian vocal ensemble the Ten Tenors bring their "Love Is in the Air" concert to the Tulsa PAC March 1.

The Ten Tenors’ most recent recording might never have happened if one of their number had not decided to get married.

“Paul Gelsumini, who had been with the group since 2011, wanted the song ‘Perfect’ by Ed Sheeran to be sung during the husband-and-wife dance,” said fellow tenor Michael Edwards. “And he asked if the rest of us would sing it at his wedding.

“And I guess that was what really started the whole thing,” Edwards said. “We started talking about songs that people use for that first dance, or the walk down the aisle, and thought that would make a great project.”

That idea became “Love Is in the Air,” which the Ten Tenors released in late 2019. The group had planned a major international tour to promote the album, including a trip to the United States in early 2020.

“We ended up cutting the tour short in February of 2020, when things were beginning to get bad,” Edwards said. “We’ve done some touring around Australia, but this is our first time to come to the States in two years.”

The Ten Tenors’ “Love Is in the Air” tour comes to Tulsa for one performance, Tuesday, March 1, at the Tulsa PAC.

The program will draw from the album of the same name, which features such songs as “Unchained Melody,” Adele’s “Make You Feel My Love,” the Beach Boys’ “God Only Knows,” and Lady Gaga’s “Shallow,” as well as other songs of love that might not be quite so familiar.

But, Edwards said, even the well-known songs might sound a bit new.

“When you are doing what essentially are cover versions, you want to try to think of ways to make it seem original,” he said. “That’s why we try to give everything we do a ‘Ten Tenors twist.’”

The Ten Tenors got their start in 1995, when the original members were students at the Queensland Conservatorium of Music in Brisbane, Australia. They put together a group to do corporate shows, just a few gigs yearly, to help earn money to pay for their studies.

Three years later, the group decided to see if there was enough interest in 10 Australian guys singing arias and pop songs with an operatic flourish to make a career. The Ten Tenors have been on the road ever since, and more than two dozen performers have passed through the group’s ranks.

“I was basically the understudy in case someone wasn’t able to perform,” he said. “After about six months, though, I was made part of the main group.”

Edwards joined the Australian Boys Choral Institute when he was 8, and later performed with such groups as the National Youth Choir of Australia, the Adelaide Chamber Singers and The Consort of Melbourne.

He studied opera at the Melbourne Conservatorium of Music and performed with the Victorian Opera in Melbourne before joining the Ten Tenors.

“What appealed to me about the group was that it has a quite varied repertoire,” Edwards said. “While I pursued a classical music degree, there are a lot of other styles of music I enjoy that I probably wouldn’t have the chance to perform if I focused on opera.”

Edwards serves as musical director on the tour, a job he describes as “just trying to keep the boys in line.”

“It’s really just a matter of keeping the show tight while we’re on the road,” he said. “And while people may think there has to be a whole lot of egos crashing around, the truth is we’re all pretty collegial.”

And that sense of personal as well as vocal harmony is key to what for Edwards is one of the highlights of the current show.

“If I had to pick a favorite moment, it would probably be the song ‘Il Libro dell’Amore,’ or ‘The Book of Love,’” he said. “It’s a song we perform a cappella, so all the harmonies really have to stand out, and it really is a showcase for our collective voices.”

"The Ten Tenors: Love Is in the Air," presented by the Tulsa PAC Trust

Oklahomans Steve Gaines and Cassie Gaines were among six people killed in the crash, which occurred 45 years ago.

Wynonna Judd can feel her late mother Naomi 'nudging' her

In her first interview since her mother Naomi Judd died by suicide in April, Wynonna Judd is reflecting on trying to move on without her.

The event is free to attend and will take place on Third Street. You do not have to have tickets to the Thomas Rhett concert to attend.

Singer Janet Rutland revisits her youth with ‘That ’70s Show’

Known for her themed cabaret shows, Rutland aims to take her audience back to a time when Top 40 was king.

The event is free to attend and will take place on Third Street. You do not have to have tickets to the Thomas Rhett concert to attend.

"The American Band," Grand Funk Railroad, is celebrating 53 years of hard rock with its 2022-2023 tour, and the band will be coming to Tulsa i…

The Australian vocal ensemble the Ten Tenors bring their “Love Is in the Air” concert to the Tulsa PAC March 1.

The Australian vocal ensemble the Ten Tenors bring their "Love Is in the Air" concert to the Tulsa PAC March 1.