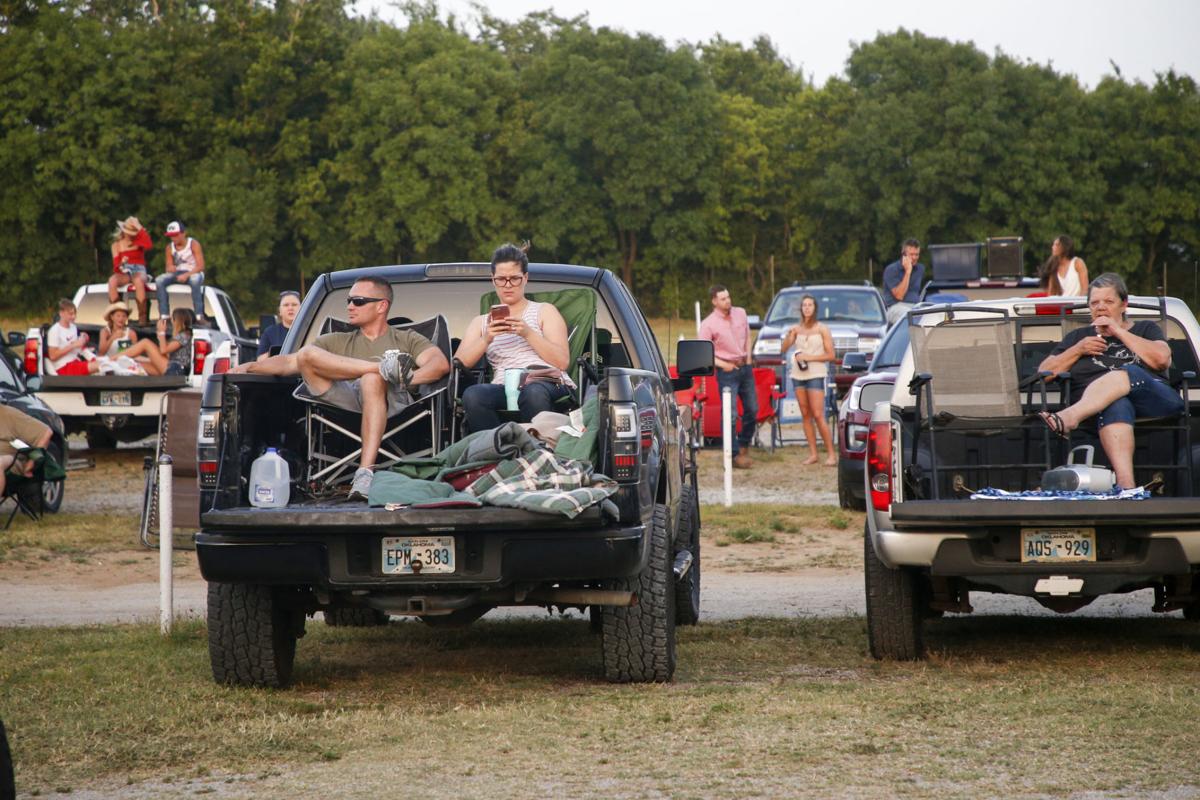 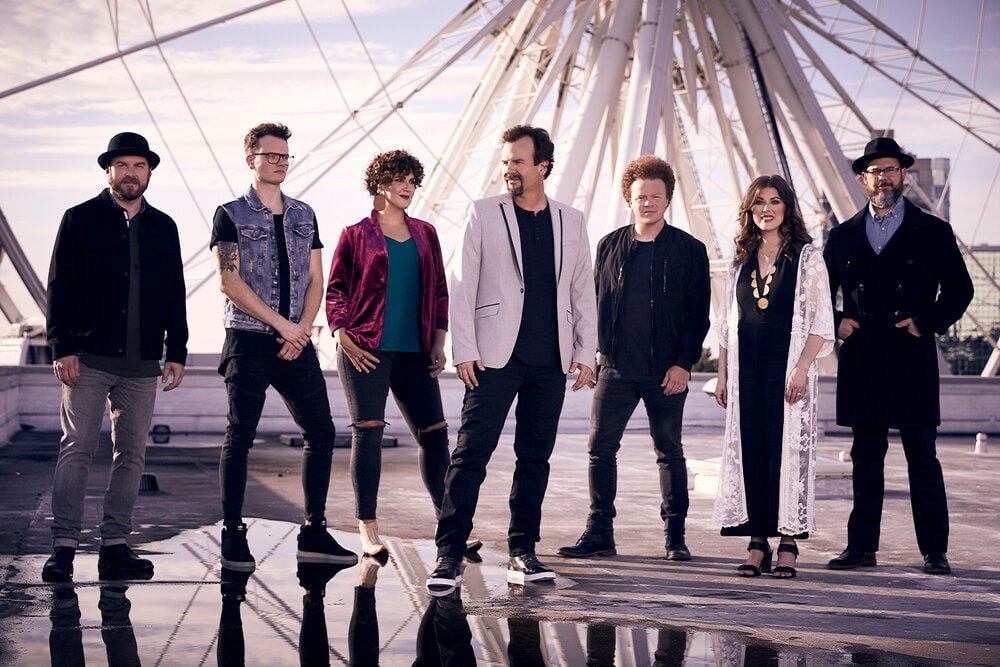 Casting Crowns will perform a live show at the Admiral Twin Drive-In. 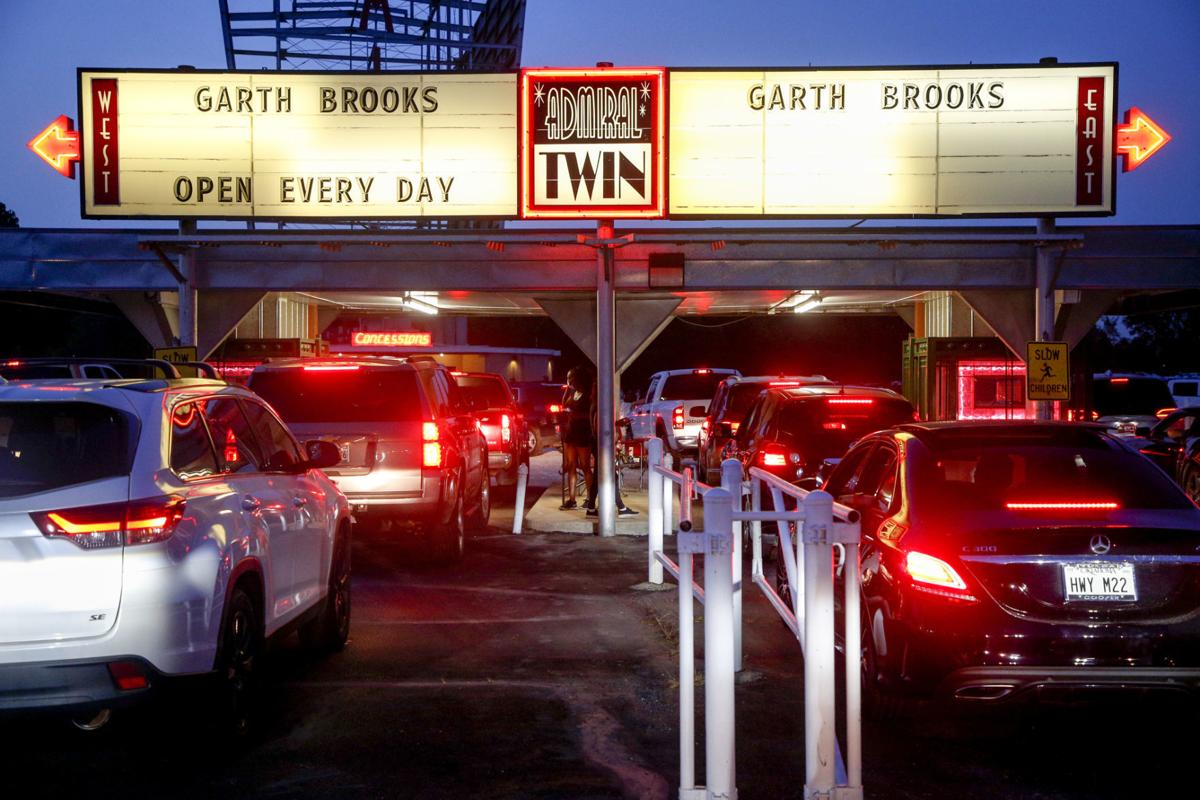 Casting Crowns will perform a live show at the Admiral Twin Drive-In.

Scoggin is the drummer for Casting Crowns. How long has it been since you have seen live music? The Grammy-winning Christian rock band, embracing resourcefulness during the age of social distancing, is embarking on a tour of drive-in theaters. The tour begins with a Wednesday, July 15, sold-out show at 112 Drive-In in Fayetteville, Arkansas. The next stop will be a Thursday, July 16, gig at the Admiral Twin Drive-In.

A publicist for the band offered up Scoggin for a phone interview in advance of the tour. Because all the shows are going to be at drive-in theaters, it seemed natural to ask Scoggin about his drive-in history.

Scoggin said he hasn’t seen a movie at a drive-in theater since he was a child in Leesburg, Florida.

“If you know anything about Florida, there are these things called sand spurs,” Scoggin said. “Any time you would walk from your car to your concession stand at this particular theater, you would be covered from the ankles down in sand spurs.”

Sand spurs? They’re from the evil end of the plant spectrum. Scoggin described them as “balls of thorns.” Stepping on them is painful.

Scoggin (been a long time) can’t recall the title of a movie he might have seen at a drive-in theater when he was a kid. But ... “I remember getting sand spurs and thinking I’m not interested in this at all.”

He is interested, however, in returning live music to people who miss it. And just to be clear, the Admiral Twin date will be a stage-and-all live show rather than video footage originating from another location. Scoggin said video of the Casting Crowns performance will be shown simultaneously on the theater screen as the band plays on site.

A Garth Brooks concert video was screened June 27 at the Admiral Twin and drive-in theaters around the country. More than 350,000 people packed into cars and headed to drive-ins. Blake Shelton is following up with a July 25 concert that will be shown at drive-ins nationwide, Admiral Twin included.

Casting Crowns, which has sold 11 million albums, has been dormant since the COVID-19 pandemic zapped tours. The day the music paused in Tulsa was March 12. That’s when KISS tour buses were in Tulsa for a BOK Center concert. For safety reasons, the show did not take place.

Casting Crowns? Said Scoggin: “We were parked at a venue waiting to load in and the building said, ‘Not so fast.’ Several hours later, we realized this is not going to happen at all, anywhere.”

After wrapping up a big tour, Casting Crowns took off most of December and played only a handful of events in January and February. The band launched another big tour in March and got in only a few shows before the plug was pulled.

Scoggin, asked if he misses “it,” said, “So much of what we do, we do it at home too, the ministry side of it. It kind of carries over. Obviously, it’s comfortable to be at home.”

But Scoggin said you miss people and he talked about the importance of encouraging people.

“It’s easy when you are doing this — night in, night out — for your lens to change,” he said. “But I just have to remember how many times I have been to a production or an event where it was fresh for me and I needed it, like it really encouraged me. So you can’t lose sight of that, what it means to people who aren’t doing it every night and they have been looking forward to this for a while. It’s a big deal, man, to encourage people in this way, so we do miss that for sure. That’s what we’re ready to get back to.”

Scoggin said the drive-in tour came about after it was pitched to Melanie Hall, wife of Casting Crowns lead vocalist Mark Hall. She’s essentially the “gatekeeper” for the group.

“She had already been praying, ‘Lord, we don’t know what to do, but we will say yes to anything that you bring to us.’ When this happened, she felt like this was an answer to a prayer and a call to obedience,” Scoggin said.

“That’s kind of how we are approaching this. It is so different than what we are used to. Very little is the same, and no one besides the people that are just now starting to do this have ever really done it, that we know of anyway. So we don’t know what to expect day-to-day, but we are willing to do it because we feel like God wants us to and he is going to do something special on these nights for people and for us. That’s all we are going to do is understand what God wants and do it, and the rest is up to him.”

Though a drive-in tour is uncharted waters, Scoggin imagines shows will be a lot like outdoor festival performances.

“The only difference is, when you do a festival, usually they have some trailers that you can utilize to get dressed in and get off the bus and stretch your legs and put your suitcase out,” he said.

Scoggin — no worries — said he and his band mates will figure it all out.

Back to the way-up-high topic: Scoggin was asked if he has been tempted to catch a movie at a drive-in theater since his sand spur days. He said nostalgia is cool.

“But I’m the guy who is really excited that all the theaters are putting in recliner chairs,” he said. “I’m going more that direction when it comes to watching a movie.”

According to a release by Awakening Events, tickets will be sold on a per-car basis, with a limit of six people per vehicle, which will be parked “in order of arrival in the tier purchased.”

Tickets are $100 per car, with a few $175 tickets for “the best spaces in the lot closest to stage and screen” available, the release said.

Tickets can be purchased at the eventbrite.com website, which can also be accessed through the drive-in’s website at admiraltwindrivein.com.