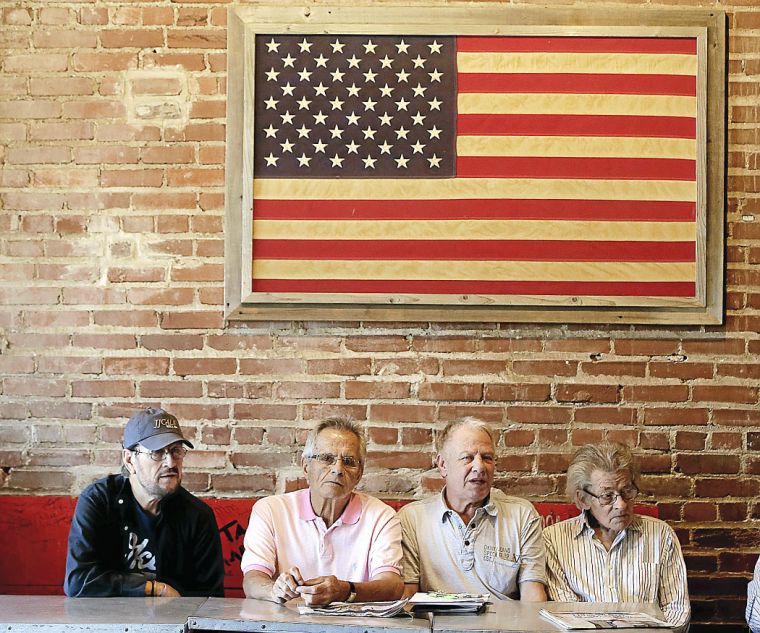 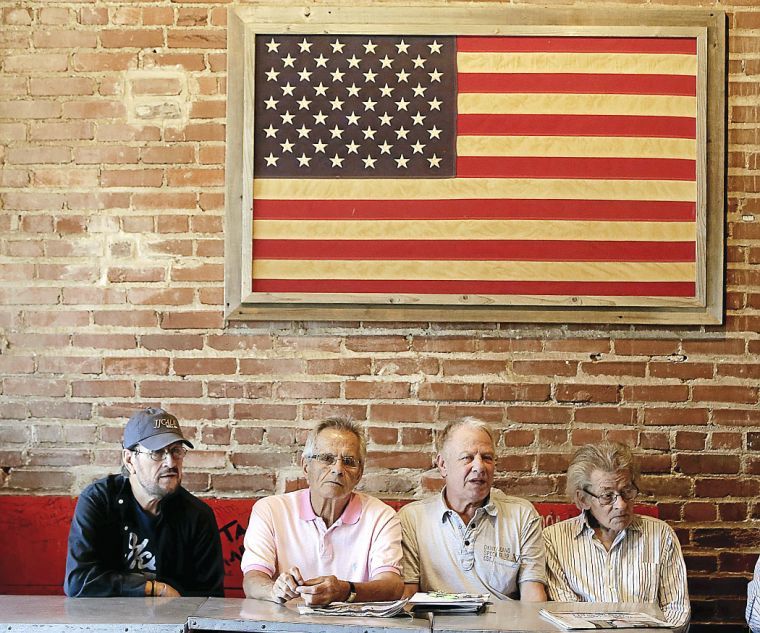 The Oklahoma Music Hall of Fame is filling up on the Tulsa Sound as the 2014 inductees were announced Tuesday at Cain’s Ballroom.

The new inductees include many of the rock and blues musicians from Tulsa who helped bring that sound to a national audience, including the iconic JJ Cale.

The announcement was made Tuesday, about a year after the death of Cale and the same day of the release of a Cale tribute album produced by Eric Clapton that features performances from several Tulsa musicians, including Keltner.

“This is the first time they’ve all had a common thread,” Jim Blair, executive director of the Oklahoma Music Hall of Fame in Muskogee, said of the inductees all being Tulsans.

To welcome the new inductees into the Hall of Fame, the museum will host the induction ceremony on Nov. 1 at Cain’s Ballroom. Tickets start at $30 and go on sale to the public Aug. 15. More information is at omhof.com.

The induction ceremony will include performances from Bishop, Keltner and Blackwell. Cale and Fulson are being honored posthumously.

Also performing at Cain’s for the ceremony are Tulsa musicians who were part of the music scene that produced Cale, Leon Russell and others who helped to cultivate the Tulsa Sound in the late 1950s and 1960s.

“Both he (Keltner) and Chuck Blackwell were my idols when I was a kid,” said David Teegarden, a fellow drummer and Tulsa native who is set to perform on Nov. 1. “It’s fun to see them get the recognition and play, as well.”

Several of the performers slated for the Nov. 1 show also contributed to the Cale tribute album that was released this week.

White was one of the featured performers, as well as Clapton, Willie Nelson, John Mayer, Mark Knopfler and Tom Petty.

In a recent interview discussing the album, “The Breeze: An Appreciation of JJ Cale,” White said how Cale described the Tulsa Sound.

“There wasn’t no Tulsa Sound — that’s just the way we played,” White said. “Cale said, ‘Yeah, we used to hear those blues guys and we’d try to play like them and we couldn’t, so it kind of came out like this.’ That’s the best explanation of the Tulsa Sound I ever heard.

Many of the performers at the event Tuesday helped to grow that sound, which caught the ears of many fans with its combination of blues, rock, country and rockabilly.

Cale’s songwriting and playing ability caught the attention of Clapton, who still describes Cale as one of his heroes.

Cale penned “After Midnight” and “Cocaine,” which went on to be massive hits for Clapton.

Despite his popularity and influence among musicians, Cale never reached the level of fame of those he influenced, and he seemed to like it that way.

“He didn’t want to be any more famous than he was,” White said. “He could have been if he wanted to. But I think he was fine just the way he was.”

Elvin Bishop was born in California but moved with his family to Tulsa at 10. His teenage years were spent in Tulsa in the 1950s as the Tulsa Sound was growing.

Bishop made waves as a blues musician but rose to fame with his rock work, including his biggest hit, “Fooled Around and Fell in Love,” which was released in 1976 and reached No. 3 on the Billboard Hot 100 chart.

Jim Keltner rose to fame especially among musicians as a go-to session drummer, performing with several groups and performers, including three members of The Beatles, Bob Dylan, Joe Cocker and more.

Keltner continues to work throughout the industry, most recently performing on the Cale tribute album.

Chuck Blackwell started playing the drums in Tulsa bars and clubs when he was 13. He made a name for himself at a young age, which helped him land spots performing with Cocker, Little Richard, Taj Mahal and more.

Lowell Fulson will also be honored posthumously. Known for his big blues guitar sounds, Fulson was born in Tulsa but moved to California where he helped grow the West Coast blues scene.

They won the 2021 Gospel Music Association Dove Award for Inspirational Recorded Song of the Year.

More than 120 projects from 21 countries and five continents were submitted for consideration.

Tickets are on sale for an Oct. 21 show.

REO Speedwagon will perform Saturday, Oct. 9 at The Cove.