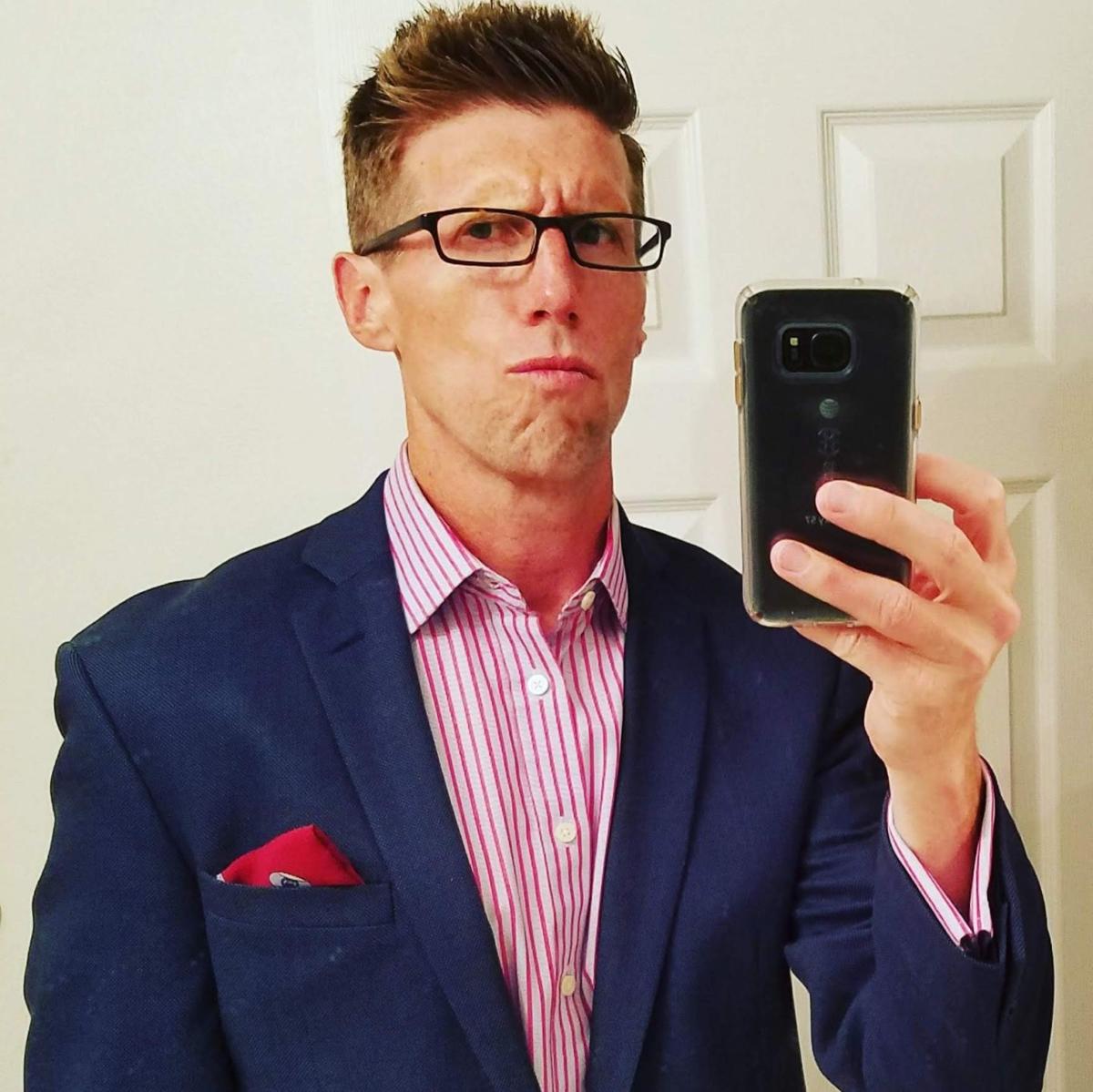 Tulsa filmmaker Jason Connell’s documentary “GLOW: The Stories of the Gorgeous Ladies of Wrestling” won best documentary at the San Diego Comic-Con in 2012. 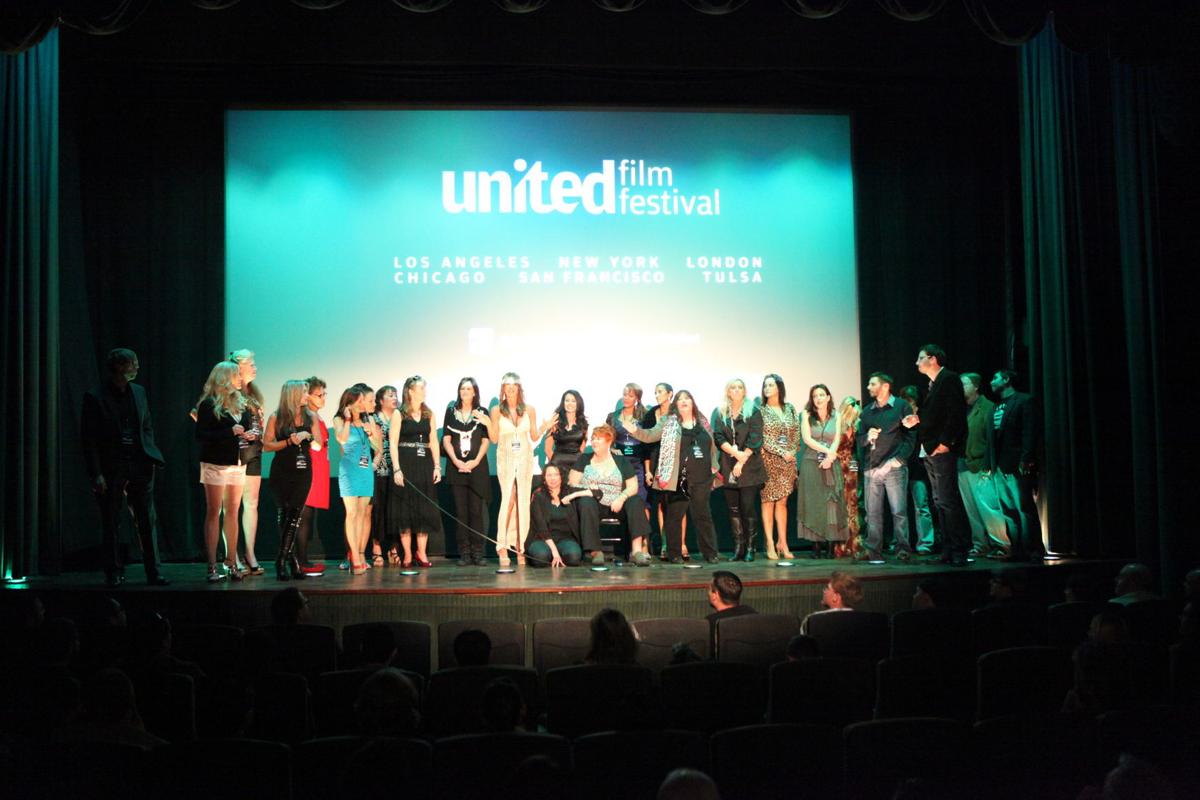 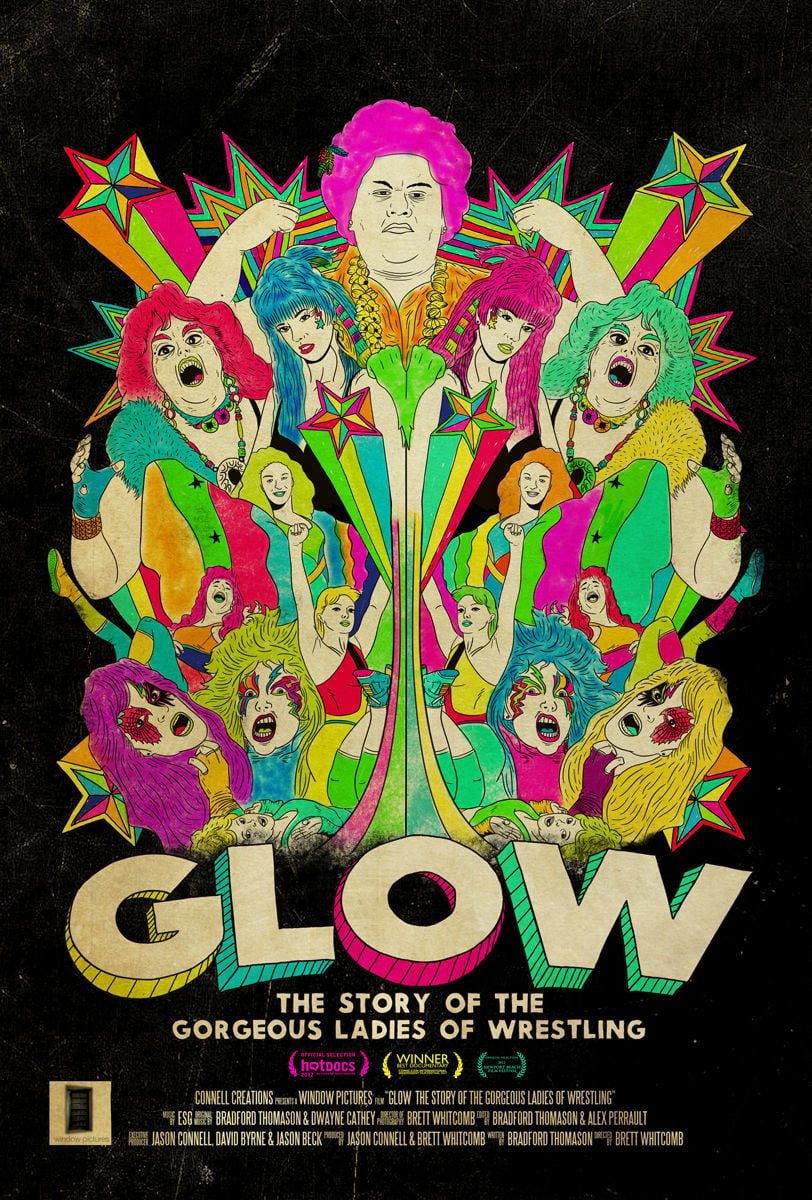 The original poster for the 2012 documentary “GLOW: The Story of the Gorgeous Ladies of Wrestling.” Courtesy/Jason Connell

The Netflix comedy “GLOW” has become a success showcasing the relationships among its quirky characters, with actresses portraying women who form a rag-tag crew of wrestlers.

They argue, they fight — both verbally and physically — and they become friends who empower one another as they attempt to entertain audiences, make a living and succeed in a man’s world.

One reason the show exists is obvious: Watch “GLOW” on Netflix, and when the streaming service suggests programs to “watch because you watched ‘GLOW,’ ” pick the one that says, “GLOW: The Stories of the Gorgeous Ladies of Wrestling.”

That would be the 2012 documentary produced by Tulsa native and Edison High School graduate Jason Connell that features interviews with the real women of the 1980s “GLOW” TV show.

The bottom-line is that the Netflix show is inspired by the real events of the women and that organization from three decades ago.

But without the documentary’s heart — such as a reunion it stages, seeing the women together for the first time in 20 years, laughing and crying about everything from memories to injuries — it’s difficult to believe the Netflix show would exist.

“I don’t think it’s bragging because in plenty of interviews the (showrunners of the Netflix series) gave us full credit, saying they had watched the doc over and over,” Connell said in a phone interview from Los Angeles.

The Netflix show “was full of these empowered women and we loved that. That was what we loved about the (documentary), so I love what they’ve done. I cried after the pilot episode, like tears of joy, because they got the tone and the beat and the characters right.”

“I’m a fan,” he said of the Netflix hit, which he has no connection to — one of the wrestlers bought the organization nearly 20 years ago and owns the “intellectual property” that was sold to the streaming service.

For the documentary, Connell was busy in his producing duties raising money to create the film and providing what the director and crew members needed to make it.

But following all the individual interviews with the women behind GLOW characters like Mt. Fiji, Hollywood and Matilda the Hun, it’s the reunion filming that Connell said provided the emotional take-down.

“I really bonded with them there at a time when their guard was down, and they all just wanted to tell their story, and it was a love fest. A total love fest,” he said.

“They were just so touched, thanking us for putting this thing together — remember, they hadn’t even seen any footage yet — as much as anything for having this film bring them all together again.

“And then they saw it, and all of the emotions came out. It was so incredible. I remember thinking it can’t get any better than this, and then the show came out, and it’s a whole new thing.”

As a producer, Connell went to work getting “GLOW” entered into festivals — it won best documentary at San Diego Comic-Con in 2012 — and then into theaters, on DVDs and then a continuing life on streaming services.

It’s been showing on Netflix since before the TV show began, and other Connell-produced documentaries can be seen on services including Amazon Prime Video.

That includes “Strictly Background,” his first movie, a spotlight on movie extras that he also directed; “The Rock-afire Explosion” (Showtime Pizza Place and its animatronic band); and “Holy Rollers: The True Story of Card Counting Christians.”

Connell may still be best-known locally as the creator of the Tulsa United Film Festival.

He staged the juried indie-film showcase annually for more than a decade — and five other annual festivals, expanding to Los Angeles, New York, Chicago, San Francisco and London — before ending the events in 2014.

“It was a great triumph to have a 12-year run, but I wanted to focus on other things,” he said, which included making films until his 10th and final one with 2017’s “Not Such a Bad Guy: Conversations With Dabney Coleman.”

“What a great guy he is, 80-something and so sharp, so funny,” Connell said, calling the actor a “good friend.”

He has several friends seven years after the “GLOW” documentary, including several of the wrestlers who contact him “sometimes wanting some of the posters or the DVDs. It’s important to them, and they’re proud of it.”

His newest focus is creating a new podcast company. It’s so new that the website for it — justcuriousmedia.com — just launched last week.

It explains that programming is being developed and will include “Let’s Talk: Cobra Kai” (about the popular new TV series) and “DogGone” (“Dog owners share the emotional and heartfelt stories of their dogs life”), both of which will be hosted by Connell.

Beginning such a new venture is always a risk, but it helps when you can tell others that something you produced was an inspiration for a hit show on Netflix.

“It has become the first time in my life that I was involved with something that people know when you say the name, that they’ve seen passing on buses,” Connell said.

“It’s opened doors for me, and that feels good.”

* The Netflix comedy series "GLOW" recently premiered its third season on the streaming service, with a fourth season expected.

* "GLOW: The Story of the Gorgeous Ladies of Wrestling," the 2012 documentary produced by Tulsa native Jason Connell, has been on the service for multiple years.

The news was announced Thursday by Regal Cinemas.

Michael Noble Jr., the Tulsa World’s newest staff photographer, was just 2 when “Twister” was released. He fell in love with “Twister” after randomly seeing it on television. He began renting a VHS tape of the film — same store, same tape — over and over again.

Watch Now - 'Twister' at 25: Let's go for a spin with stories about Wakita and storm chaser vehicle from shot-in-Oklahoma movie

Reid will be joined at Circle Cinema by Clifton Taulbert for a Greenwood documentary and a screening of "Once Upon a Time When We Were Colored."

The day we honor mothers is almost upon us. For the occasion here are six great films about mothers. So hug your mom. And avoid wire hangers.

Watch Now: The Men Who Would be Scene: Episode 11

Ray Park and other celebrities will be present at the show, scheduled May 8-9 in Oklahoma City. Park will be a Saturday-only guest.

Tulsa filmmaker Jason Connell’s documentary “GLOW: The Stories of the Gorgeous Ladies of Wrestling” won best documentary at the San Diego Comic-Con in 2012.

The original poster for the 2012 documentary “GLOW: The Story of the Gorgeous Ladies of Wrestling.” Courtesy/Jason Connell