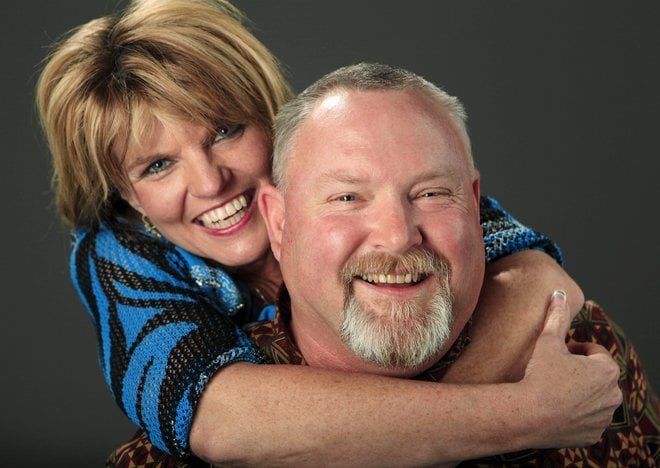 The principal characters in the 1984 movie "Footloose" were based on Oklahoma natives Mary Ann Temple-Lee and Leonard Coffee. JIM BECKEL/The Oklahoman file 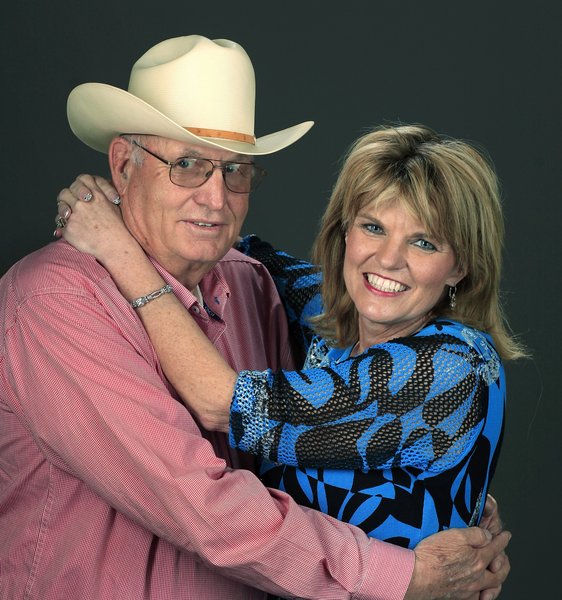 Related story: Remake of ‘Footloose’ tramps on its own toes.

Thinking back 31 years, Leonard Coffee can recall the first prom in Elmore City's history starting off slow. That part of "Footloose," the 1984 movie inspired by the southern Oklahoma town's ban on dancing and the teens' fight for a prom, was no Hollywood fiction.

"Nobody really knew how to dance. We could move around a little, but we were clueless as to what we were doing," Coffee said with a laugh. "I'd say that 'Clueless' would have been a better title for the movie than 'Footloose.' I make no claims to being a John Travolta on the dance floor."

If there were two so-called instigators of the push for that 1980 prom in the small Garvin County town (about 150 miles southwest of Tulsa, with a population of 697 in the 2010 census), they would be Coffee and his high-school girlfriend and date for the prom, Mary Ann Temple-Lee.

A remake of "Footloose," featuring a loose interpretation of the events that took place in Elmore City, opens in theaters Friday.

Coffee was a junior-class officer, and Rex Kennedy was the junior-class president who was tasked with presenting the prom request to the Elmore City school board. Put together Coffee's first name, Leonard, with Rex, and you get Ren - the unusual first name of Kevin Bacon's character in "Footloose."

"I was naively unaware that Elmore City didn't have a prom," said Coffee, who had moved to Elmore City in sixth grade. "We were having the junior class meeting and people were talking about fundraisers and a banquet, and then there was talk of what we would do afterward, like, 'Do we go bowling, or do we go to a movie?'

"I said, 'We dance. We dance at a prom.' That's when they told me that we don't dance in Elmore City."

The other part of "Footloose" that was accurate was the religious community's backlash against dancing.

As the Rev. F.R. Johnson of the United Pentecostal Church in nearby Hennepin was quoted in People magazine as saying at the time: "If you have a dance, somebody will crash it, and they'll be looking for only two things - women and booze. When boys and girls hold each other, they get sexually aroused."

Temple-Lee recalls the threats of court orders at the time.

"Oh yes, the controversy came from the people who didn't believe in dancing," she said. "The theme of that prom was 'Stairway to Heaven,' but there were people who thought the whole thing was going to be a gateway to hell."

From the time of Elmore City's incorporation in 1898, there had been no public dancing for 82 years. A city ordinance forbid residents to shake or shimmy. They could shout, but they couldn't twist.

Elmore City leaders steered clear of the dust-up. They decided that a school prom wouldn't be a public dance but more of a private function. That put the decision square in the lap of the school board, recalls Lisa Rollings, the current Elmore City clerk who in 1980 was a sophomore who helped serve at the banquet and prom.

"I just remember that every year after the banquet, they'd release the kids, and most of them would end up in a pasture drinking," she said. "Or they would drive to the bowling alley in Lindsay and drive back drunk. By the end of the night, pretty much everyone was drunk."

The teens' plan for the evening - a banquet and prom, as well as movies and a breakfast that would essentially lock them in together for the night - would not only allow for a dance, but also would promote safety, figured Temple-Lee.

"I always dreamed of having a prom, but the idea never went anywhere. With my dad being on the school board, he said to me that in my junior year, we were going to do everything we can to make it happen," she said.

So the idea of John Lithgow's character in "Footloose," the father of the young woman based on Temple-Lee, being aghast and against the idea of teens dancing the night away was a case of Hollywood license.

To what degree? Temple-Lee's father, Raymond Temple, was the one to cast the deciding vote in a 3-2 school board decision granting approval for a spring 1980 prom.

The resolution didn't stop the debate on religious grounds ("There are people who are still against us," Temple-Lee said), but juniors and seniors would be allowed to kick up their heels.

"I was so proud, and one of my favorite moments of that prom night is dancing with my father," she said of the man with whom she still runs a cattle ranch in the area.

The big night arrived. There would be a prom. But would there be dancing?

The banquet was held, and Rollings remembers the spread of chicken-fried steak and mashed potatoes that was barely touched. "I think everybody was too excited to eat, really," she said.

The banquet tables and chairs were moved out to create space for a dance floor, and students changed clothes for the prom. This was the first moment that members of the media were allowed inside Elmore City Grade School. In came TV cameras, newspaper reporters from across the world and electrical cords that ran everywhere.

"There were like 60 media people watching, and only like two people on the dance floor, so that was a little awkward because we were so shy that we didn't know what to do," Rollings recalled.

Coffee said: "There were 29 people in our junior class, and we were like an extended family. But it was kind of funny the way we had to dodge the TV cameras and still cameras. I remember it as being more like an obstacle course than a dance floor."

What he remembers better than the students battling church leaders to stage a dance or the first "Footloose" film ("playing chicken on tractors? That wasn't us ...") is the respectful manner in which the youths went about making a change. It's a change that he's always believed was for the betterment of the community.

"A lot of people had fun that night, but there were also a lot of eyes opened," Coffee said. "To this day, my biggest joy in all of this is knowing that they still have a prom every year at Elmore City."

Actor from 'Back to the Future' films schedules Tulsa store appearance

J.J. Cohen will be at Impulse Creations Thursday, Aug. 5.

Outsiders House Museum curator Danny O'Connor posted photos of himself and the Academy Award-winning actor together at the museum.

Scenes for "Stillwater" were shot in Oklahoma towns. The movie is scheduled for a July 30 release.

The third Circle Cinema Film Festival will showcase a wide range of films, the majority of which were made by Oklahomans.

The principal characters in the 1984 movie "Footloose" were based on Oklahoma natives Mary Ann Temple-Lee and Leonard Coffee. JIM BECKEL/The Oklahoman file