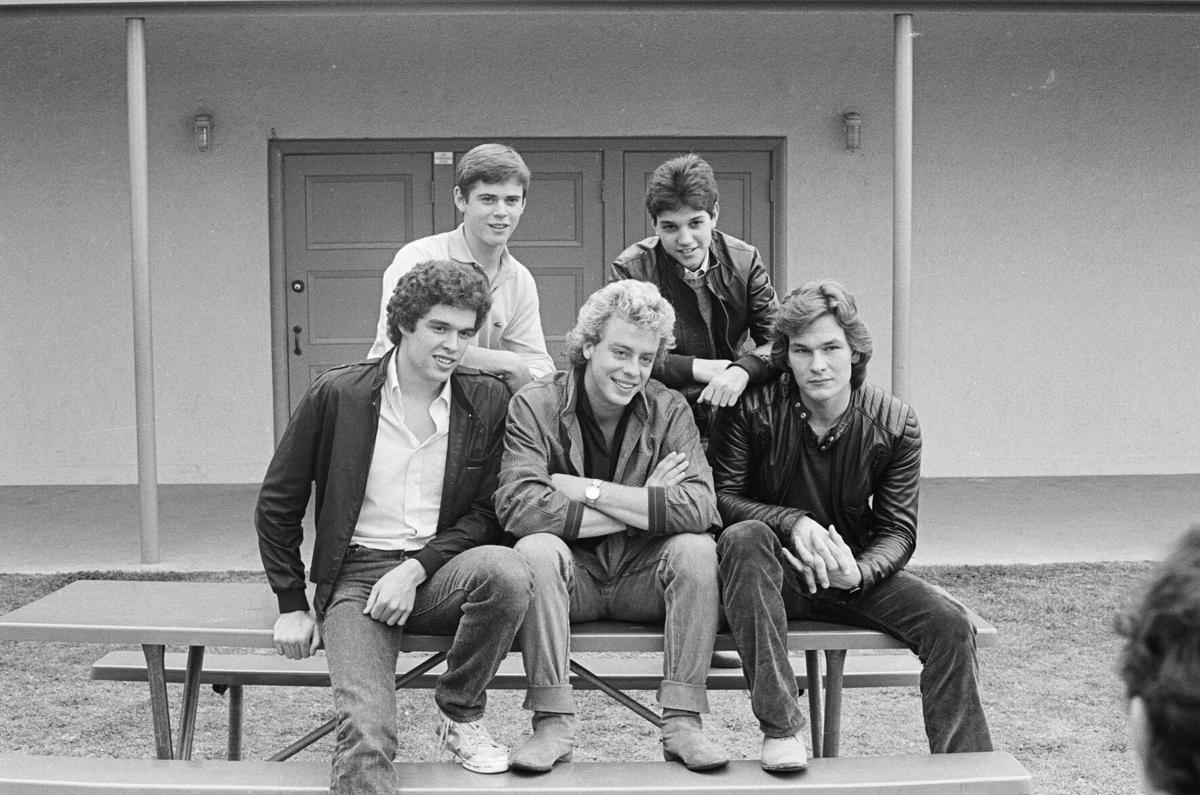 Students in Fresno, California, signed a petition to get “The Outsiders” transformed from a book into a movie. Actors C. Thomas Howell (back left), Ralph Macchio (back right), Darren Dalton (front left), Leif Garrett and Patrick Swayze visited Fresno when the movie was completed. 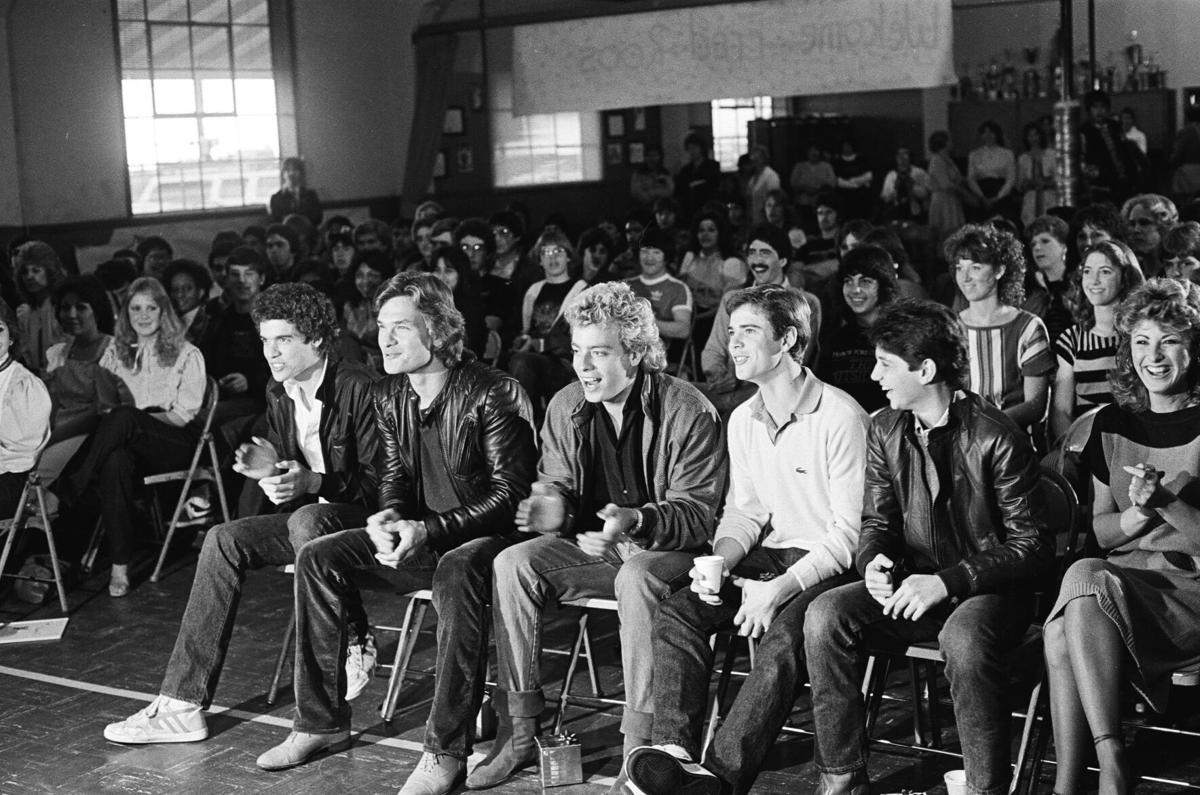 California students signed a petition to get "The Outsiders" transformed from a book into a movie, and actors from the film visited when the movie was completed. Tickets are sold out for a Saturday, Sept. 25 outdoor screening at the Outsiders House Museum. 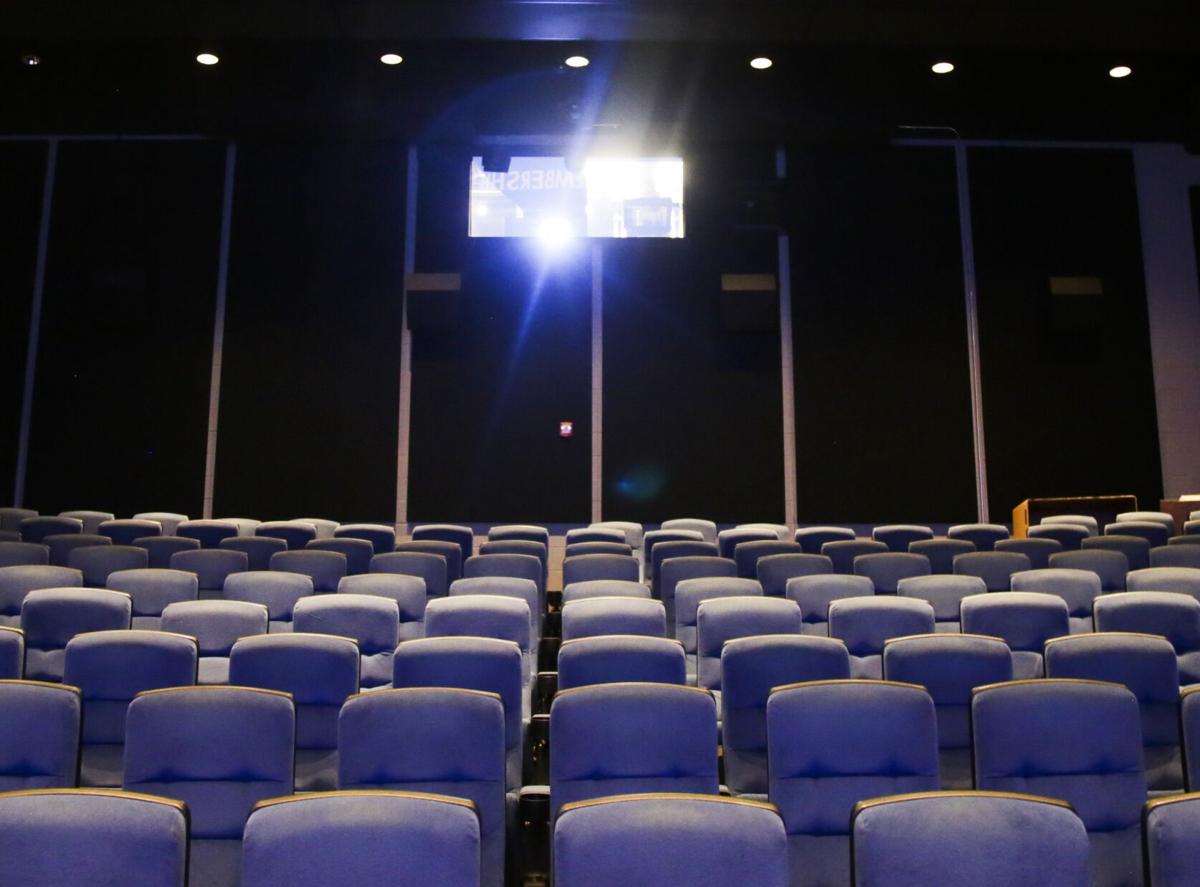 A new 4K projector has been installed at Circle Cinema, just in time for an updated version of "The Outsiders." 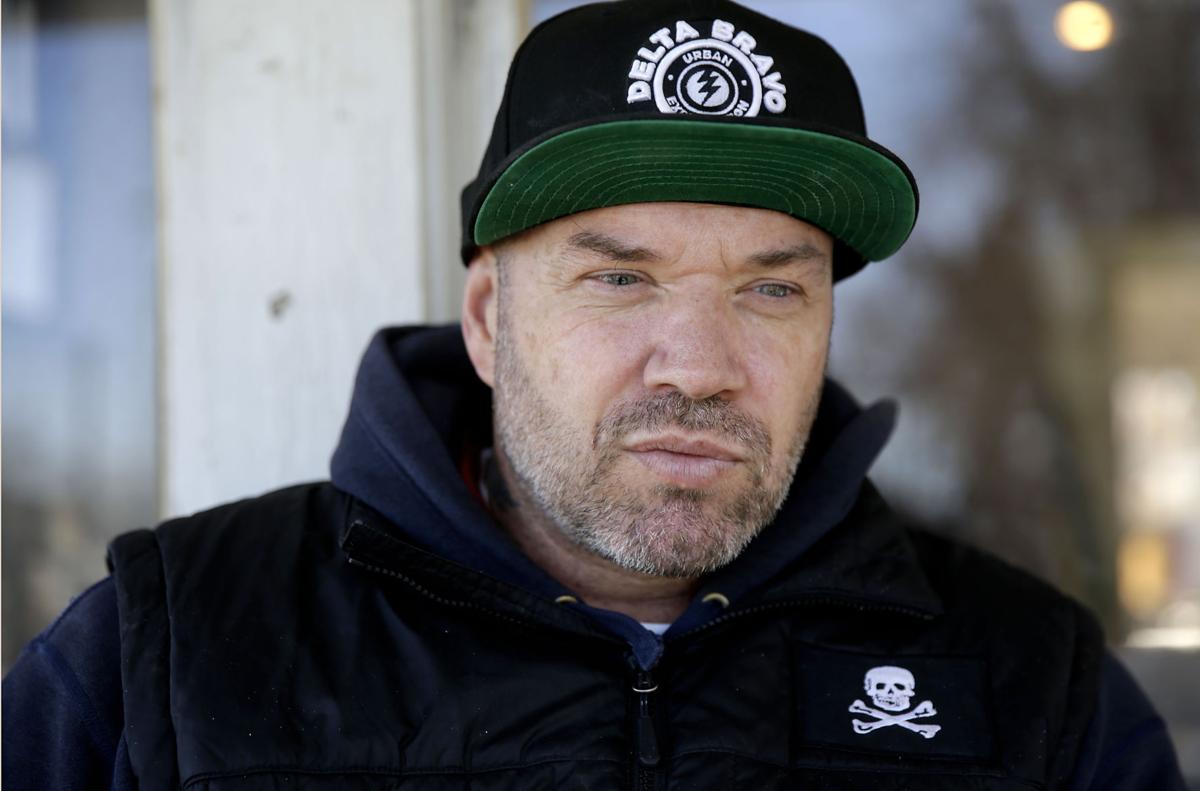 Danny Boy O’Connor of the hip-hop band House of Pain is the founder of The Outsiders House Museum.

Most Tulsans are familiar with this chapter of local movie history: C. Thomas Howell, Ralph Macchio, Tom Cruise, Emilio Estevez, Rob Lowe, Patrick Swayze and Matt Dillon were launched to stardom after coming to Tulsa in the 1980s to star as “greasers” in Francis Ford Coppola’s “The Outsiders.”

For Tulsa, the positives of being “The Outsiders” city continue to present day.

The city’s profile in the pop culture universe has been elevated because celebrity visitors (among them: Academy Award winner Leonardo DiCaprio) keep showing up at the Outsiders House Museum. The museum, located at 731 N. Saint Louis Ave., is dedicated to the movie and its source material, a book by Tulsa author S.E. Hinton.

But do Tulsans know about the educator who was a pivotal figure in the book becoming a movie?

Misakian worked in the library of a K-8 school in Fresno, California, when she, in 1980, encouraged middle school students to sign a petition to urge Coppola to make a film version of “The Outsiders.”

Anyone want to calculate the odds of a big-time filmmaker giving consideration to an-out-of-the-blue pitch from a bunch of school kids?

Score one for Misakian and the kids.

Misakian should be a candidate for a hero’s welcome when she visits Outsiders turf this week for the theatrical debut of a 4K restoration of “The Outsiders: The Complete Novel.”

Tickets are sold out for a Saturday, Sept. 25 outdoor screening at the Outsiders House Museum.

This isn’t just a Tulsa story. It’s an Oklahoma story.

Misakian was born in Oklahoma and spent the first eight years of her life in Allen (northeast of Ada) before becoming a Californian. She’s not sure if she has ever been to Tulsa (maybe when she was a child?), but she said it’s great that Danny O’Connor of the Outsiders House Museum invited her to visit the town and museum. She is scheduled to attend the Saturday screening at the museum.

Now retired, Misakian was drawn to her career because she loves kids and loves reading. She said it seemed like a job “made in heaven for me.” Problem in heaven: It was sort of difficult to get boys at the school interested in reading. “The Outsiders” became her go-to book when she wanted to get them hooked. Boys would come back to her and say “do you have another book like this?”

Misakian also shared the book with faculty members. A teacher suggested to Misakian that “The Outsiders” would make a good movie. Hmmmm. Misakian said she brainstormed with two young ladies and asked their opinion about whether kids would endorse a petition recommending that “The Outsiders” be made into a movie. More than 100 students signed the petition.

“I’m sure the kids thought nothing would come of it,” Misakian said. “Neither did I. It was just a promotion to get them interested in reading.”

But Misakian felt obligated to do something with that petition. Since students had gone to the trouble of circulating it and signing it, she couldn’t just toss it aside.

Misakian read a Newsweek magazine in which Coppola was praised for sticking closely to the book for one of his films. Misakian identified her target. She phoned a public library and got an address for Coppola’s New York office, which was not where he was, but it turned out to be the right place to send the petition after all. Misakian said she was told the petition she sent to Coppola was forwarded to him in a packet from his New York office to his Hollywood studio. That’s why he read it.

Coppola asked Fred Roos, a producer who frequently worked with him, to check out the package, which included a letter, a petition and a copy of “The Outsiders.” Roos read the book to pass time on a flight and agreed with the kids that the book was movie-worthy.

Misakian was shocked when she received a confirmation letter from Roos. She indicated that her interactions with Roos and Lucy Fisher, a Warner Bros. vice president, shattered her perceptions of Hollywood. Misakian was sent a first script for the “The Outsiders,” and it had a Western flavor. Misakian told Roos she didn’t like it. He listened and the script got a makeover.

Often, Hollywood turns great books into something less, according to Misakian. She loves the “Outsiders” book, indicating that readers (O’Connor among them) find something they can relate to in the characters. She believes the film adaptation did justice to the source material.

Before seeing “The Outsiders” for the first time, Misakian was warned to expect a surprise. These words appeared on the screen: “The film ‘The Outsiders’ is dedicated to the people who first suggested that it be made — librarian Jo Ellen Misakian and the students of The Lone Star School in Fresno, California.”

Warner Bros. sent the film and a delegation of actors to The Lone Star School for a pre-release preview.

“Those actors were not famous before the movie, but they went on to unbelievable careers after the movie,” Misakian said. “And they were nice boys. All of them were just really nice to us all.”

Misakian received a standing ovation at the school event. She told the New York Times it seemed like a fairy tale and that kids began looking for other books that had movie potential.

Misakian was asked during a recent phone interview what her takeaway is from the whole experience.

Misakian said Fisher said it best in a letter to her that dealt with kids discovering reading.

“That’s what I’m hoping,” Misakian said. “All the students who came through my library, I wanted them to discover what a joy it is to read.”

The Men Who Would Be Scene: Episode 26

From ruins to Tulsa icon: The story behind the famous Outsiders House

Many Tulsans know Danny O’Connor only as the music artist who led the charge to rescue the Outsiders House and turn it into a museum. There’s much more to his story.

A multi-page profile of O’Connor will appear in the next issue of Tulsa World Magazine, which will be included in Sunday, Sept. 26 editions of the Tulsa World.

Copies of the magazine are available for $4.95 and can be mailed to readers who call 918-581-8584. Tulsa World Magazine also is available at more than 100 locations around town in magazine racks.

Prop guns: What they are and how they can kill

Even when there is no "bullet" in a prop gun, there are still projectiles, including gun powder and gas that can be dangerous within a certain range.

A special effects artist, Steinsiek channeled an early love of monsters into a career.

The awards ceremony will take place in February.

Celebrate Halloween by watching these 10 cinematic delights that cover the gamut from scary to funny and even kid-friendly.

Jamie Lee Curtis reprises the role of Laurie Strode in "Halloween Kills," the second film in a new trilogy.

Students in Fresno, California, signed a petition to get “The Outsiders” transformed from a book into a movie. Actors C. Thomas Howell (back left), Ralph Macchio (back right), Darren Dalton (front left), Leif Garrett and Patrick Swayze visited Fresno when the movie was completed. 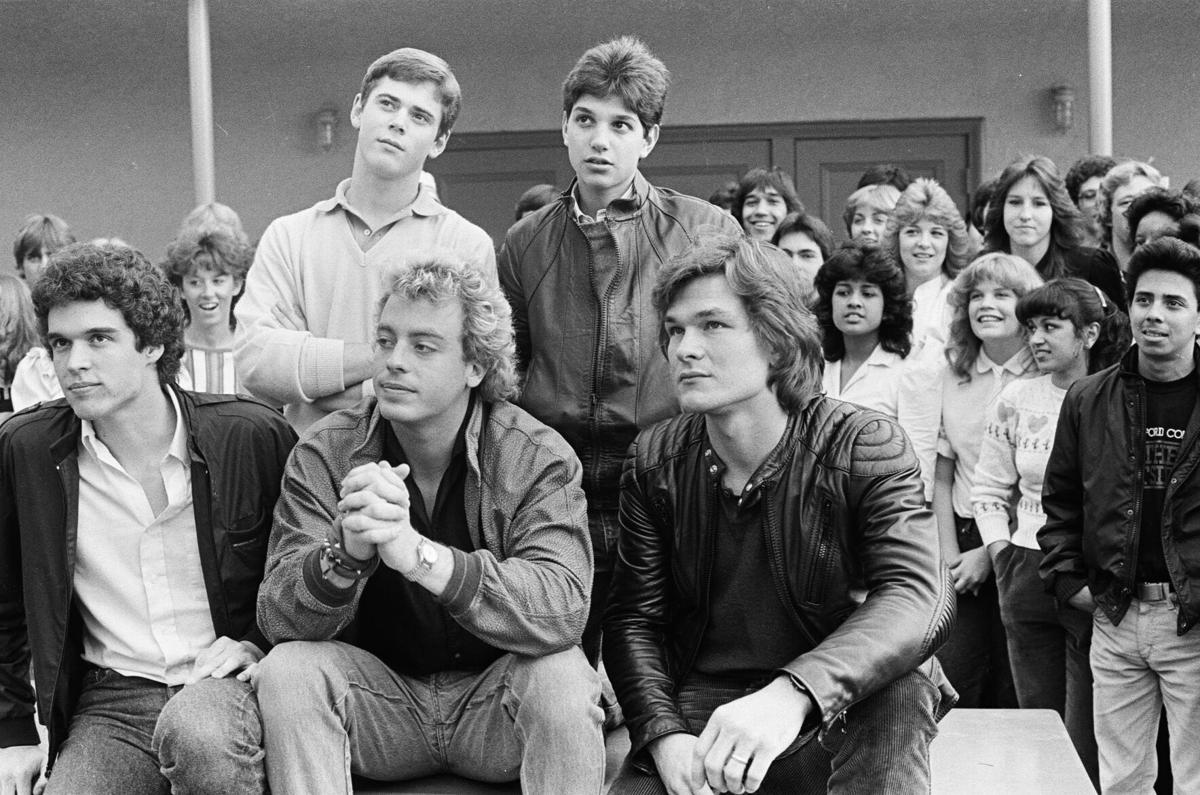 “They were nice boys," librarian Jo Ellen Misakian said of the "Outsiders" actors who visited Fresno. "All of them were just really nice to us all." 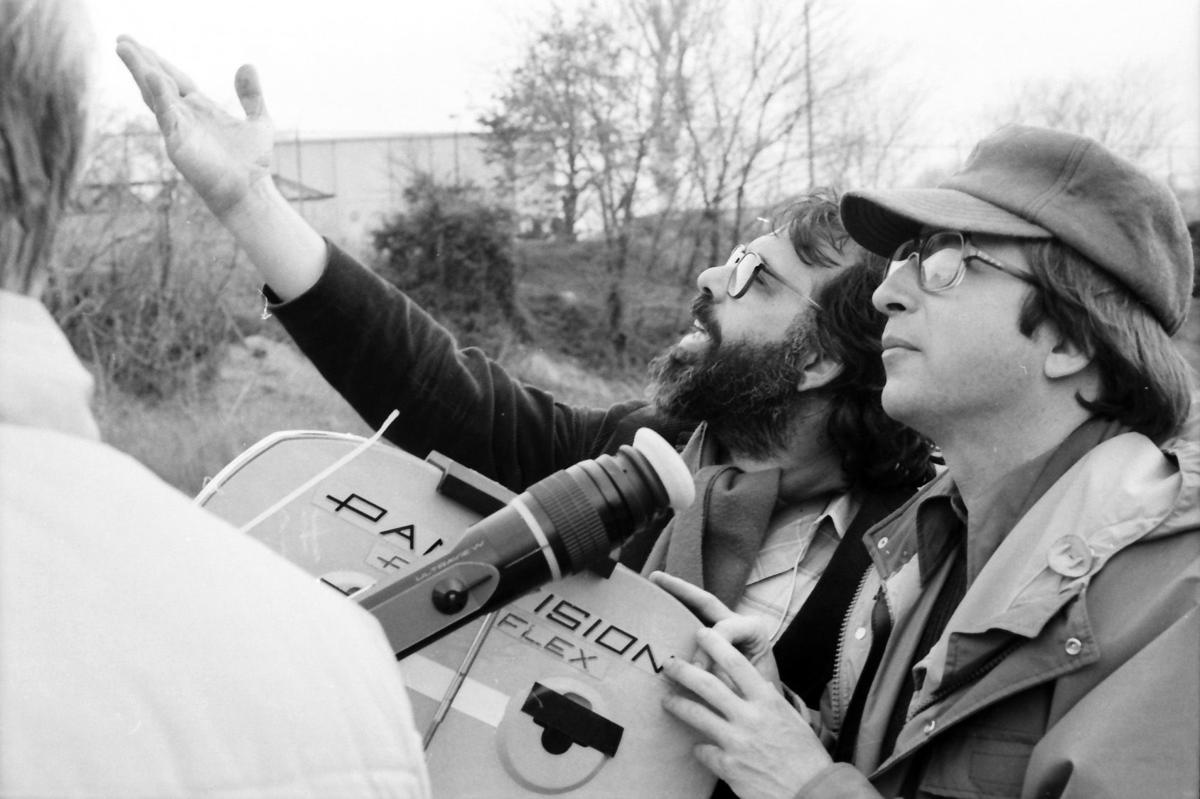 Director Francis Ford Coppola (left) is shown during the filming of “The Outsiders” in Tulsa in 1982. 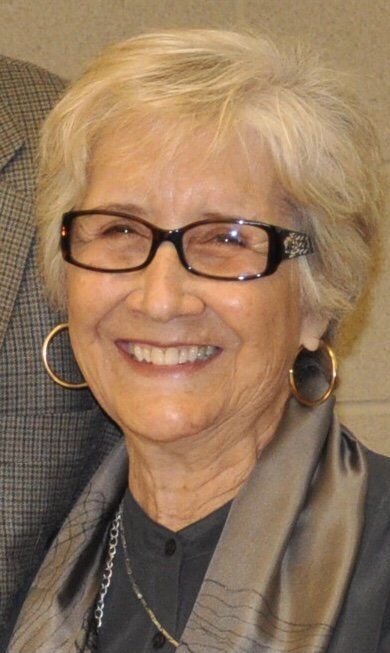 Jo Ellen Misakian, whose student petition helped get "The Outsiders" turned into a motion picture, is coming to Tulsa for screenings of a new version of the film at The Outsiders House Museum and Circle Cinema.

California students signed a petition to get "The Outsiders" transformed from a book into a movie, and actors from the film visited when the movie was completed. Tickets are sold out for a Saturday, Sept. 25 outdoor screening at the Outsiders House Museum. 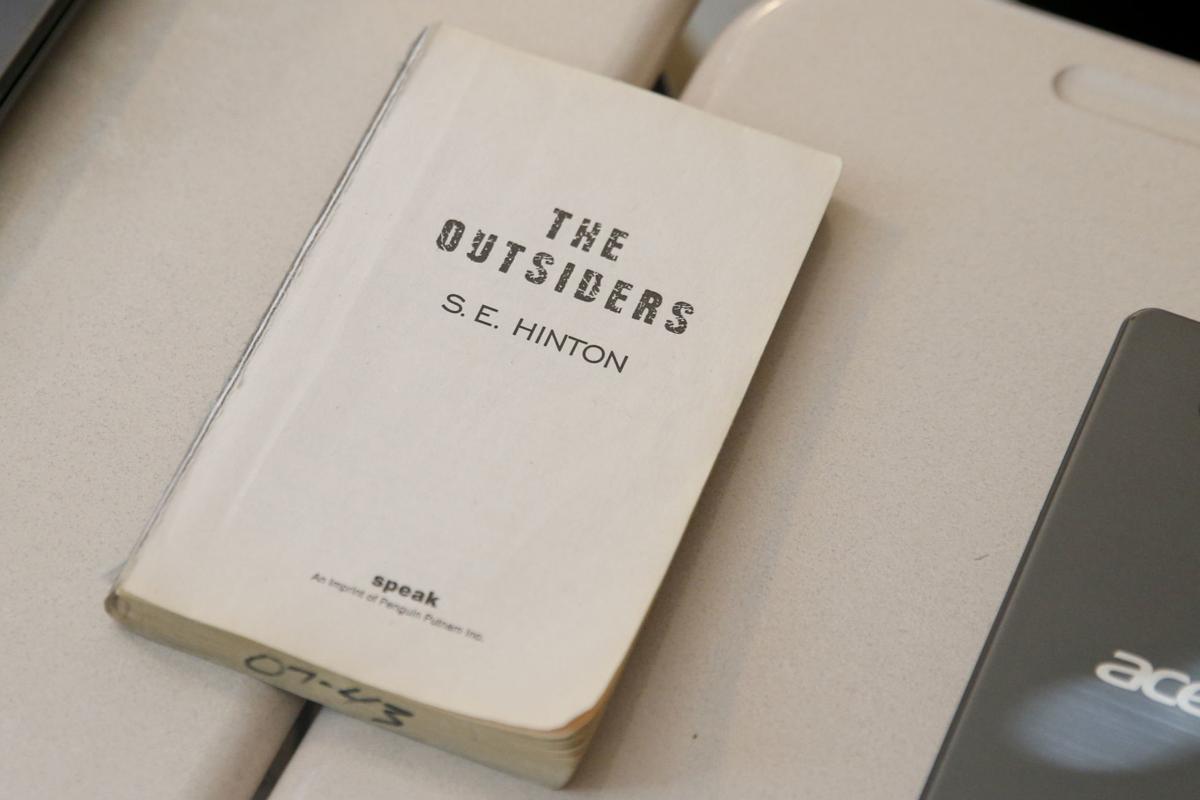 A copy of “The Outsiders” sits on a desk during a recent class at Will Rogers High School, evidence that the book and the movie remain popular.

A new 4K projector has been installed at Circle Cinema, just in time for an updated version of "The Outsiders."

Danny Boy O’Connor of the hip-hop band House of Pain is the founder of The Outsiders House Museum.