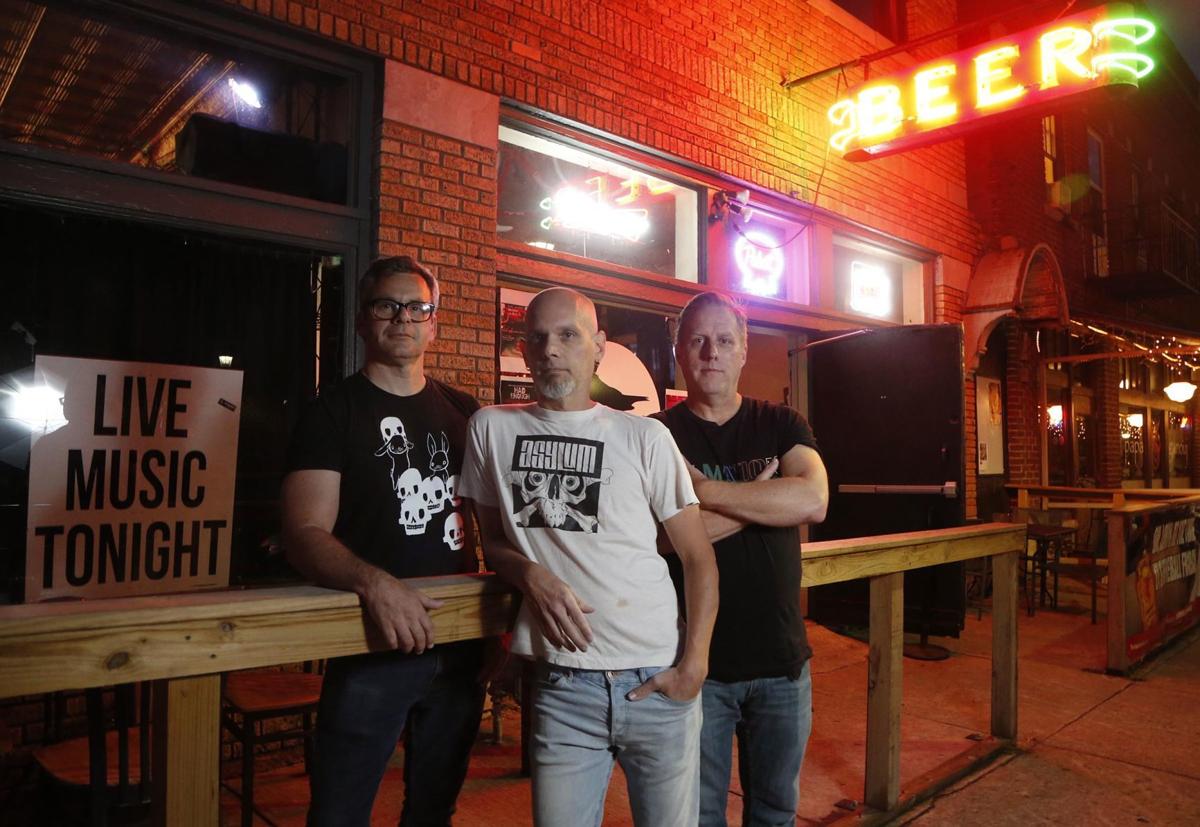 Filmmakers Dave Cantrell (left), Terry Waska and Bryan Crain gather outside the Blackbird on Pearl, the former home of punk and alternative music clubs Club Nitro and Eclipse, ahead of a screening of their documentary “Oil Capital Underground” at Circle Cinema. The film looks at the evolution of punk music in Tulsa clubs from the late 1970s to the mid-1990s. MATT BARNARD/Tulsa World 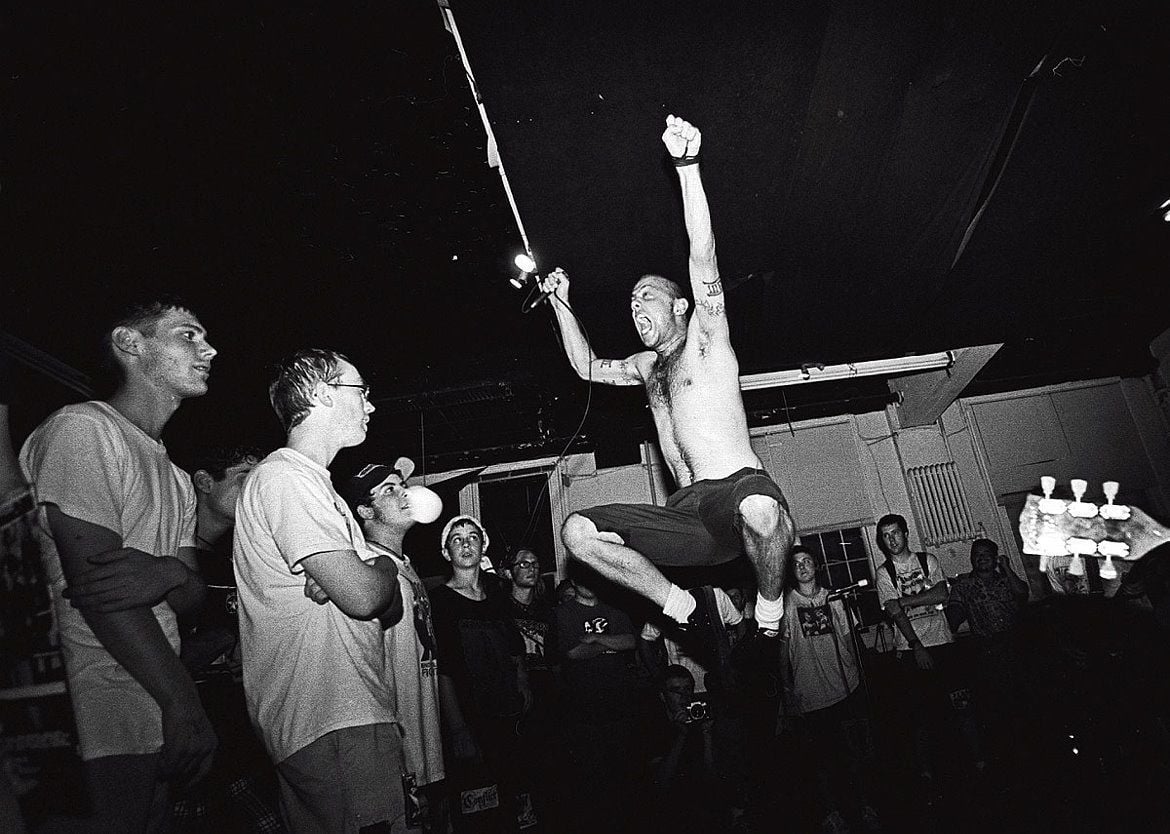 Correction: This story misstated the category of award the film won in Barcelona. The story has been corrected.

The title of the documentary may strike people as oddly specific and obscure at the same time: “Oil Capital Underground: The Genesis and Evolution of Punk Rock in Tulsa — Late ’70s to Mid ’90s.”

But for what was essentially an underground music movement in Tulsa — decades ago — this home-made movie is making some big noise.

Filmmaker and former Tulsa punk player/aficionado Bryan Crain and his collaborators staged a preview screening last year at Circle Cinema for local friends and fans, and 200 seats weren’t enough for the sold-out show.

Then interest in the film’s content went beyond Tulsans seeking nostalgia.

Crain added new interviews and photos of the era, re-edited the documentary, entered it in film festivals, and it won a Gold Lion Award at the Barcelona Film Festival in Spain.

Or no-budget, as the case may be.

“It’s basically my labor and making it on my own equipment, with people donating photos of the shows and videos of the performances and our interviews,” said Crain, an Emmy-winning producer-director for RSU-TV.

This is a man who heard a story of influential punk band Meat Puppets playing Tulsa’s Crystal Pistol bar in the 1980s, and of smoke emerging from their vehicle, and he re-enacted the scene for the movie using a little homemade smoke and one of his old Hot Wheels.

“These film festival applications would ask for the movie’s budget, and more than once I thought about putting down zero because that’s pretty close,” the creative and cost-conscious filmmaker said.

So now “Oil Capital Underground” is returning to Circle Cinema on Friday, Aug. 3, with a Q-and-A and an after-party planned for this official premiere, with a full week of showtimes, and with thoughts of a DVD release in the future a possibility.

Thanks to those images, rare live footage and the memories expressed in interviews, an audience will get a feel for how punk music in Tulsa went from hardcore to thrash-metal and, finally, the alternative sound of the 1990s, as well as for the city’s social climate.

It will be a celebration for those who recall bands like Los Reactors, New Mysterians, Brother Inferior and NOTA, as in “none of the above,” playing decades ago at smoke-filled Tulsa venues like Bleu Grotto, Club Nitro, 424 and Ikon.

The clubs and the bands are long-gone from the Tulsa area, but some of the musicians remain, as does the affection for those sweaty, high-energy shows that could feature slam-dancing, crowd-surfing and a police presence that saw a potential for teen abandon.

“For some people (outside Tulsa), the film is a bit of a hard-sell because it’s not like some legendary punk band came out of Tulsa” like Leon Russell did for rock or Bob Wills for swing music, Crain said.

“But there is a great story there, with a lot of colorful characters and good humor.”

It doesn’t hurt that Tulsa’s punk scene kicks off following the 1978 appearance of the Sex Pistols at Cain’s Ballroom, a story that also finds its way into the movie.

“We just wanted to shoot for the stars and try to put Tulsa out there on the punk map,” Crain said, adding that a new trailer includes praise from Tulsans in artistic fields, like actress Jeanne Tripplehorn and artist Joe Andoe, who were familiar with the era.

Crain, who dabbled in punk music himself during that era (“but none of the bands in the film,” he said) will be on hand Friday for a Q-and-A after the movie, along with Dave Cantrell (vocalist for Bunnies of Doom and Asylum) and Terry Waska (bassist for Pitbulls on Crack and Asylum).

Crain is the writer-director-producer and more for the film.

Cantrell is also a producer, and he rounded up Tulsa punk rockers from the past for interviews.

Waska, a skilled graphic designer, created artwork and animation to illustrate moments for the film for which photos no longer exist.

“We’re just a part of those who helped to make the movie happen,” Crain said, “and we’re just three of the many who have fond memories of this time in Tulsa.”

Note: Documentary followed by Q-and-A with filmmakers on Aug. 3, which is followed by a 10:15 p.m. after-party at the nearby Beehive Lounge, 2405 E. Admiral Blvd., featuring live music.

“Summer of Soul” premiered at the Sundance Film Festival, winning both the Grand Jury Prize and Audience Award.

Filmmakers Dave Cantrell (left), Terry Waska and Bryan Crain gather outside the Blackbird on Pearl, the former home of punk and alternative music clubs Club Nitro and Eclipse, ahead of a screening of their documentary “Oil Capital Underground” at Circle Cinema. The film looks at the evolution of punk music in Tulsa clubs from the late 1970s to the mid-1990s. MATT BARNARD/Tulsa World