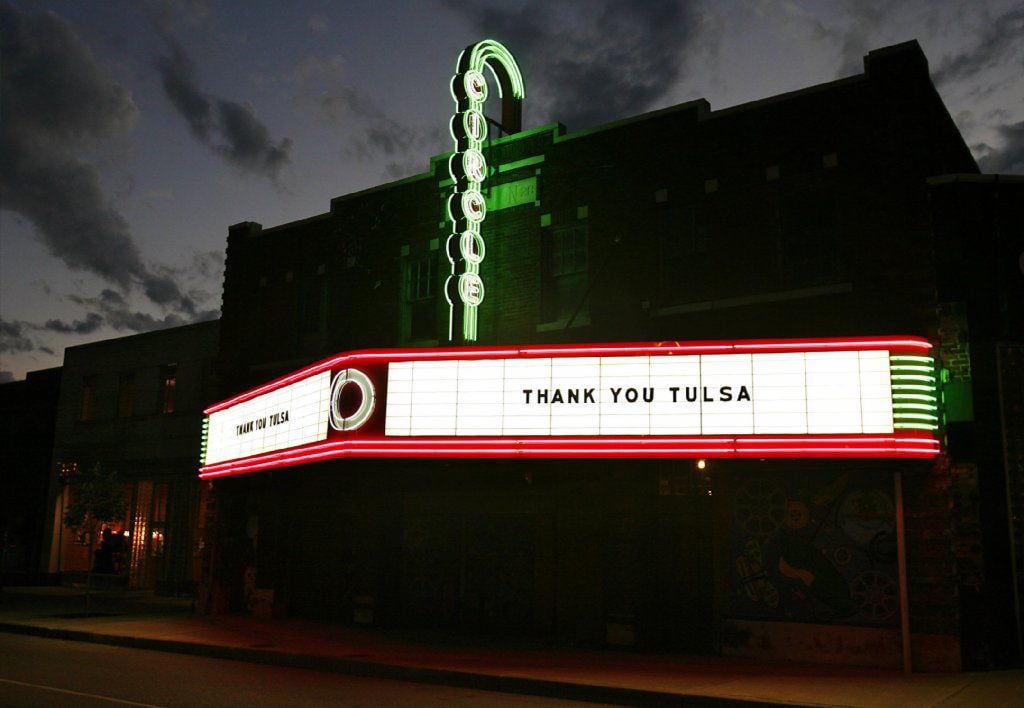 Circle Cinema is making plans for reopening in June or July. For now, you can visit circlecinema.org to view “virtual screenings,” and you can also rent the neon marquee for a personal message. Courtesy/Chuck Foxen 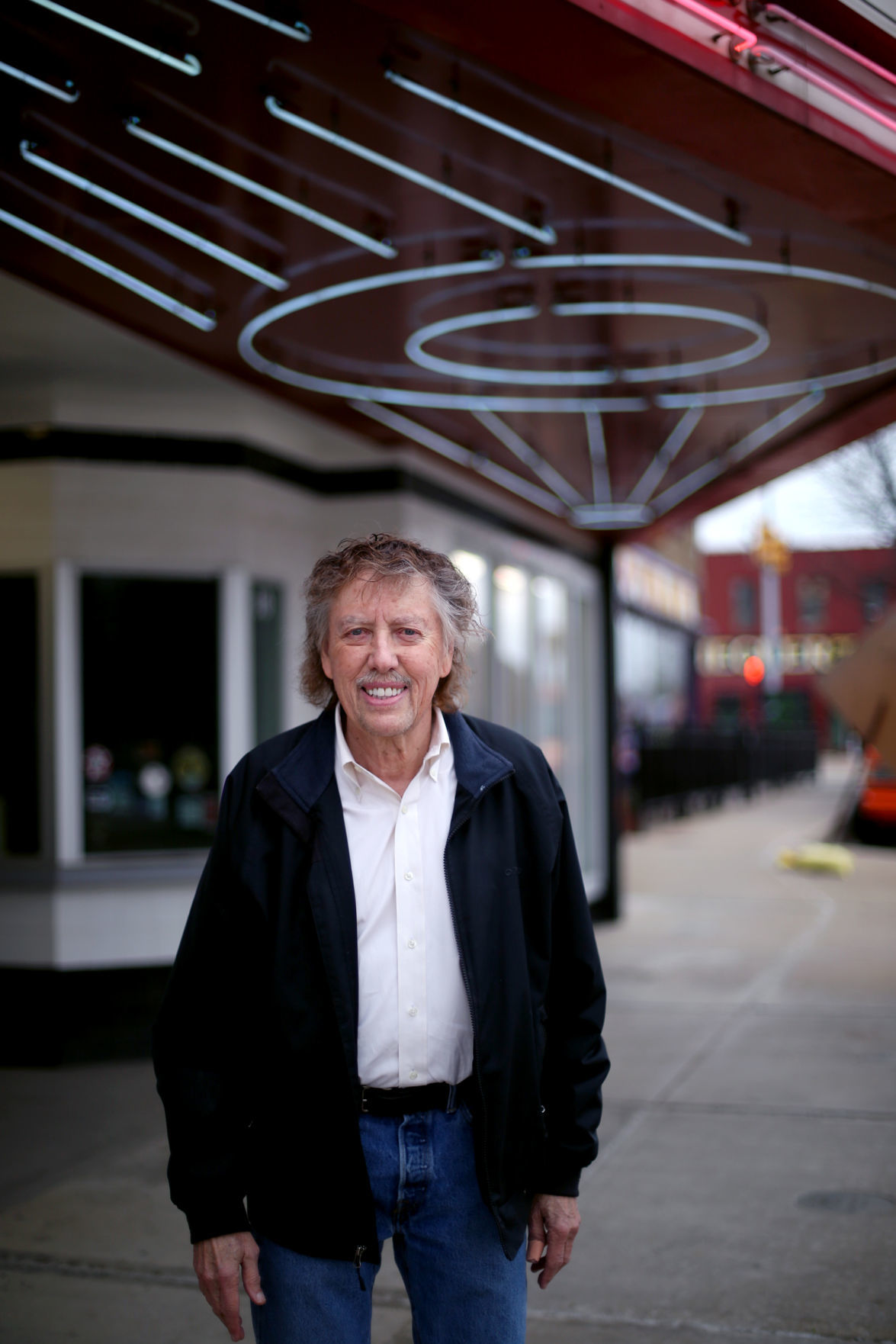 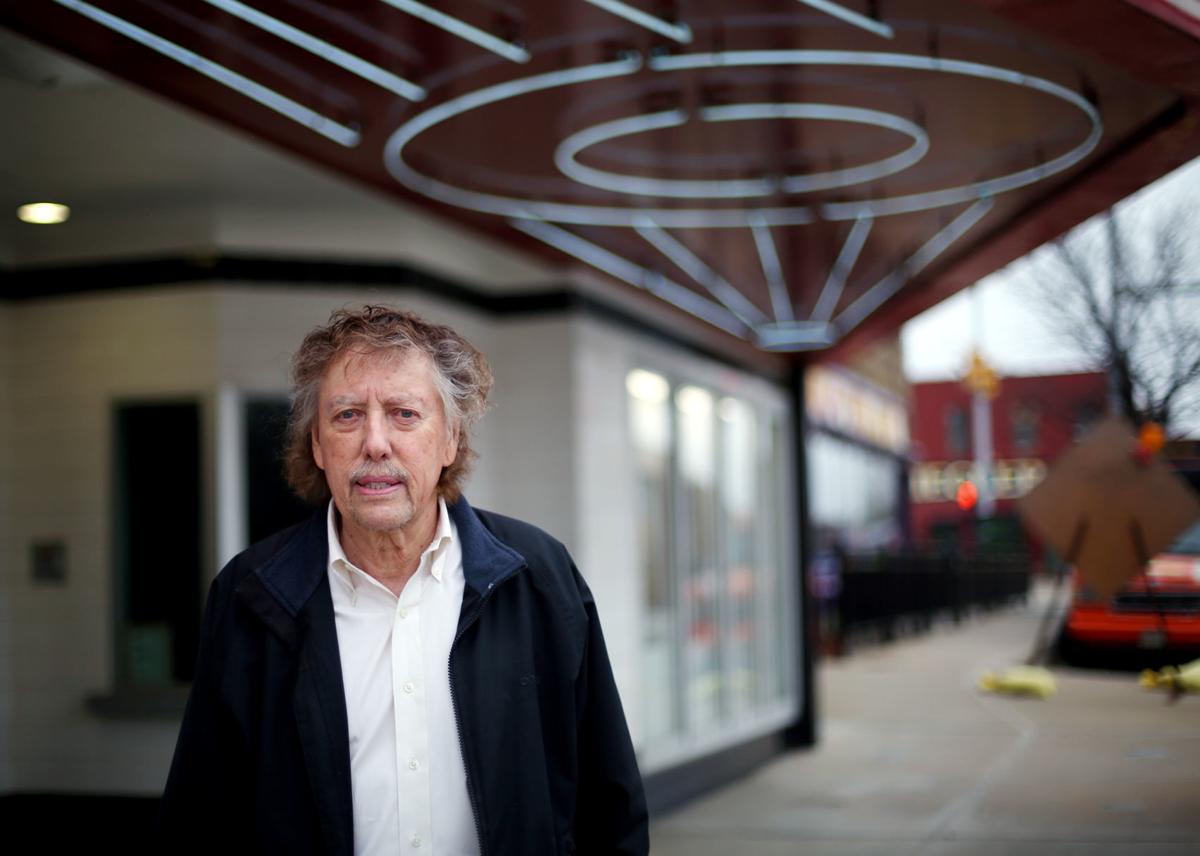 Circle Cinema is making plans for reopening in June or July. For now, you can visit circlecinema.org to view “virtual screenings,” and you can also rent the neon marquee for a personal message. Courtesy/Chuck Foxen

Following the governor’s declaration that Oklahoma will begin a “phased reopening” of the economy Friday, movie theaters are among the businesses that can again open the doors.

Don’t head to Circle Cinema this weekend. It’s not ready to reopen because Tulsa isn’t ready to go back to the theater.

“We will only open when it’s safe to do so. We’re a community theater, and we won’t do anything that harms our community,” said Clark Wiens, co-founder of the nonprofit foundation that operates Tulsa’s historic art-house theater.

“We can’t determine when we open. The community will determine that.”

No movie theaters in the Tulsa metropolitan area plan to open this week, with large chains like AMC and independent operators considering the May 1 date to be a nonstarter.

If Wiens had a crystal ball, he might project late June or early July — ahead of the cinema’s 92nd birthday July 15 — but there’s plenty of work to be done before that happens, he said.

And plenty of community safety, as well as emotions, to consider.

His staff and board of directors are all working to figure out a plan for reopening once the coronavirus crisis eases, following local, state and federal health guidelines.

And perhaps going even further.

Among options being considered is the installation of plexiglas sheets between cashiers and customers.

“Maybe we can get that installed in May. Right now, the only person going to the theater is the person putting letters on the marquee,” Wiens said in reference to the theater renting out its neon marquee sign for messages ranging from the inspirational to birthday and anniversary wishes.

Also under consideration for the cinema’s eventual reopening: employees wearing masks and gloves, as well as social-distancing seating, which could feature no seating beside another customer and with no one seated directly in front of or behind a patron.

Salt shakers at the condiment stand for popcorn may also disappear in favor of salt packets. And then there’s the butter to consider.

“We need to do things to where you wouldn’t have that kind of contact, to get away from things that are universally touched,” Wiens said, like having auditorium doors remain open until a film begins.

“We anticipate that perhaps it will be possible that a gradual, soft reopening process could begin sometime later in May by simply offering curbside popcorn as we continue to provide online film streaming opportunities for people to watch at home,” said Stephanie LaFevers, executive director of the Circle’s foundation.

A selection of film distributors have been working with art-house theaters like Circle Cinema to provide “virtual screenings,” with half of proceeds for renting titles that might otherwise be currently playing at the Circle going to the theater.

Those interested can visit the theater’s website and find links to view these titles. Streaming and online programming offered through Circle Cinema can be found at circlecinema.org/now-showing.

“We greatly appreciate the local and national support Circle Cinema has received through donations, memberships and gift card purchases” since the theater voluntarily closed March 16, more than a week ahead of the shelter-in-place order, LaFevers said.

Upon reopening, it’s likely that the theater will plan some free events and “some programming that you wouldn’t see anywhere except here,” Wiens said.

“We’re looking forward to seeing everyone at the Circle again,” he said, “but only when the time is right.”