Tribal officials and representatives of the Cherokee Nation’s film office were on set in Claremore to visit with the cast and crew of “A Christmas … Present.” Filming wrapped in mid-October, and the movie is scheduled to premiere on the Great American Family network on Sunday, Nov. 27.

“‘A Christmas … Present’ filmed entirely within Cherokee Nation’s 7,000 square miles of reservation, which demonstrates how truly versatile Cherokee Nation is in serving as a perfect backdrop for productions of all types,” Jennifer Loren, director of Cherokee Nation Film and Original Content, said in a news release.

“It is an excellent example of why we are bringing productions here and how northeast Oklahoma is quickly becoming a national hub for filmmaking.”

The Cherokee Nation and its businesses launched an economic tool within the tribe’s reservation earlier this year and expanded an effort to help grow the film and television industries in Oklahoma when the Cherokee Nation Film Office became the first tribal film commission to offer an annual $1 million film incentive for productions filmed within the tribe’s boundaries.

Throughout filming, local residents and visitors were treated to an early look at the upcoming holiday season as a neighborhood in Owasso and the streets and businesses of downtown Claremore were transformed into a winter wonderland.

“Cherokee Nation was the ideal backdrop for us to create this film,” said Bill Abbott, president and CEO of Great American Media.

“From the terrific people of Cherokee Nation to the great cities of Owasso and Claremore, the hospitality we were shown was second to none, and we’re grateful for the Cherokee Nation Film Office for paving the way to bring this production to northeastern Oklahoma.”

Brad Krevoy, CEO of Motion Picture Corp. of America and co-producer, said of the film: “The locations that we found on the Cherokee Nation Reservation were incredible and really served to elevate the Christmas movie. I hope we’re able to come back with future projects and explore more of Owasso, Clare-more and beyond.”

The holiday-themed endeavor is projected to have spent more than $1.5 million — including retail expenses to Native-owned businesses and wages for talent and crew — while filming within the tribe’s 14-county reservation, according to the release. Local Native American citizens represented 40% of the movie’s total crew.

The movie follows Maggie Larson (Bure), a busy real estate agent and type-A mom, as she brings her family, including husband Eric Larson (Marc Blucas), to celebrate the holidays with a niece and widowed brother. The project marks a first from Bure’s Candy Rock Entertainment and Great American Media’s new partnership, which has Bure developing, producing and starring in original content across the company’s portfolio.

“A Christmas … Present” will be part of Great American Christmas, the network’s programming event featuring original holiday movies every Saturday and Sunday with Christmas movies airing throughout the end of the year.

America's largest movie chain announced that the prices of a ticket will now be based on seat location. Here's how it will work.

Oscar nominations, '80 for Brady,' 'How I Met Your Father' and 'Murf the Surf' director R. J. Cutler | Streamed & Screened podcast

"Fancy Dance" stars Lily Gladstone, who is in the cast of the upcoming Martin Scorsese film “Killers of the Flower Moon.” 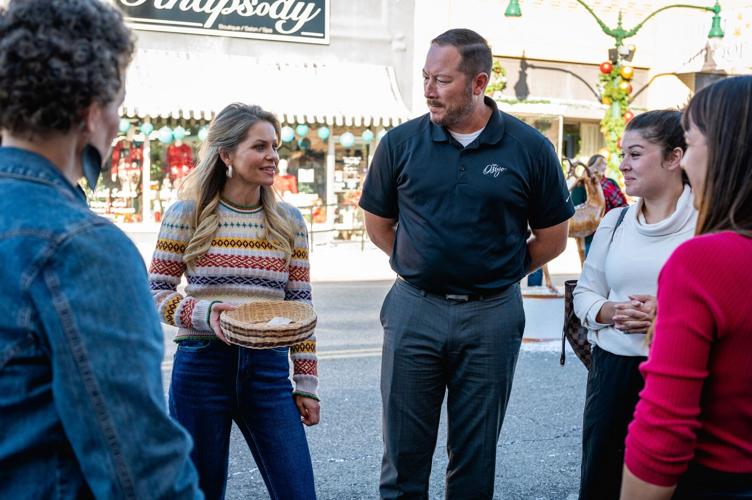 Cherokee Nation Deputy Chief Bryan Warner visits with the cast and crew of “A Christmas … Present” in Claremore and presents star Candace Cameron Bure with a Cherokee woven basket. 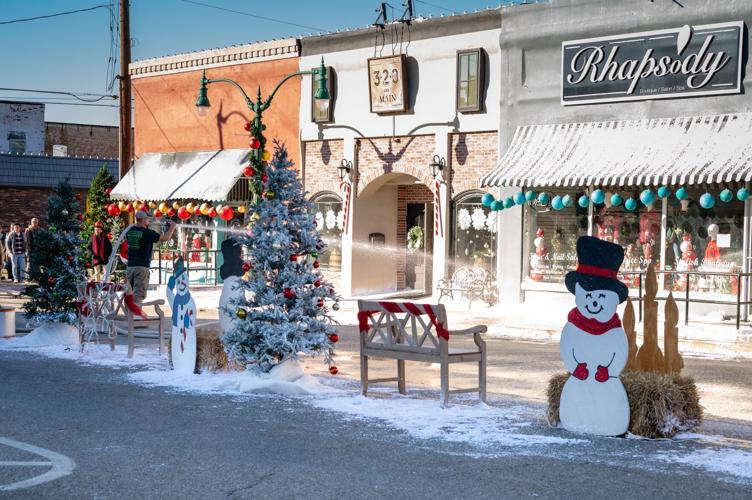 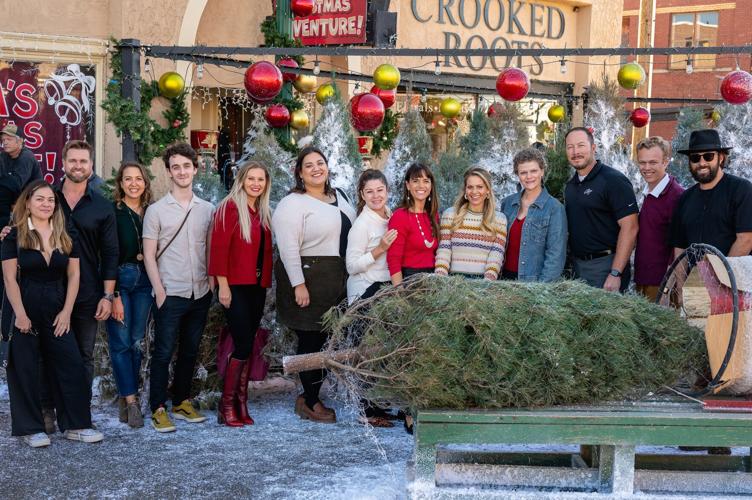 Cherokee Nation Deputy Chief Bryan Warner (third from right) and Cherokee Nation Film Office staff pose with cast, including Candace Cameron Bure (fifth from right), and crew on the set of “A Christmas … Present” in Claremore. The film, scheduled to debut Nov. 27, was shot entirely within the Cherokee Nation Reservation.