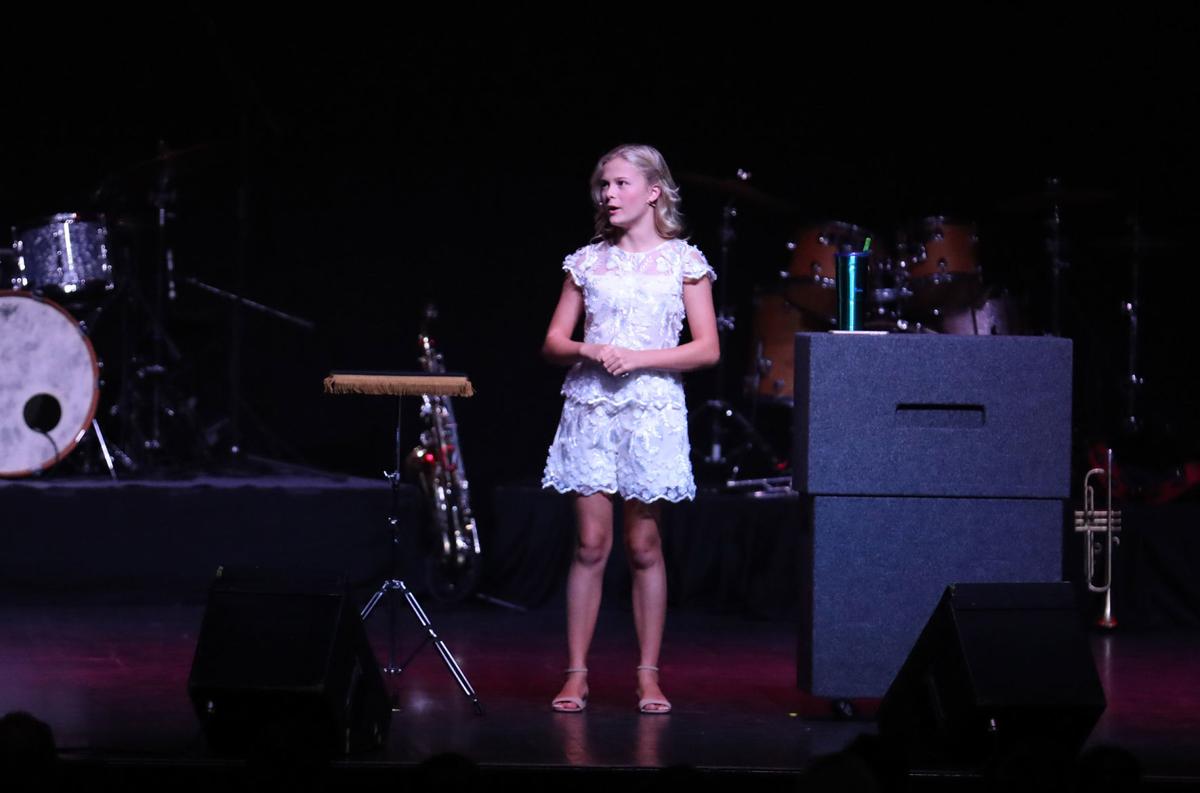 Former “America’s Got Talent” champ Darci Lynne Farmer is among the stars of “A Cowgirl’s Song,” a film that was scheduled to begin filming this week in Chickasha.

Cheryl Ladd, shown at the Los Angeles premiere of “Unforgettable,” is filming a movie in Chickasha.

Cheryl Ladd of “Charlie’s Angels” fame, former “America’s Got Talent” champ Darci Lynne Farmer and Savannah Lee May are among stars of “A Cowgirl’s Song,” a film that was scheduled to begin filming May 19 in Chickasha.

“A Cowgirl’s Song” is the fourth installment of Timothy Armstrong’s Cowgirls ‘N Angels series and will include contributions from Maggie McClure and Shane Henry of the Oklahoma music group The Imaginaries.

“A Cowgirl’s Song” is a coming-of-age drama that follows an aspiring but adrift teen singer who goes to live with her grandmother. The grandmother, once a country music legend, has fallen on hard times after the death of her husband. Together, they overcome adversity and find redemption through their love of music.

“I’m so excited to come back to the wonderful state of Oklahoma to film this new Cowgirls ‘N Angels movie and thrilled to be filming in Chickasha,” said Armstrong, writer and director of “A Cowgirl’s Song.”

“It’s such a beautiful classic Oklahoma town, and the support and cooperation from city officials and residents has been remarkable.”

“We always love working with Timothy Armstrong on his films,” said a statement from The Imaginaries in a news release. “This one is very special to us as our music is such a huge part of the film and we get to have great roles in it as well! We’re very thankful for the opportunity and thrilled to be working with such an excellent team and project.”

The news release said the cast and crew wants to thank the Chickasha Economic Development Council and the city of Chickasha for opening up the city to them during a three-week shoot which will see the cast filming “all over,” including the Grady County Fairgrounds, Canadian River Brewery and the Chickasha Hotel.

‘Twister’ movie truck salvaged and can be seen in Guthrie

Admiral Twin at 70: Check out these drive-in theaters from the past (including one that may come back)

Tulsa's landscape was speckled with drive-in theaters during the glory years of outdoor movies. The Admiral Twin is the sole survivor, but it's getting some company.

All pairs on this list have the same basic plot once you strip away the details.

The documentaries coincide with the centennial of the 1921 Tulsa Race Massacre.

The festival, now in its 21st year, will have several films by Tulsa-area film makers.

'In the Heights,' 'The Fast & Furious' franchise, and worst final films, all on the latest 'Just to Be Nominated' podcast!

The hosts of the 'Just to Be Nominated' podcast talk 'In the Heights,' recommend films that 'Fast & Furious' heads would love, take a dip into entertainment news, and more!

“Summer of Soul” premiered at the Sundance Film Festival, winning both the Grand Jury Prize and Audience Award.

Former “America’s Got Talent” champ Darci Lynne Farmer is among the stars of “A Cowgirl’s Song,” a film that was scheduled to begin filming this week in Chickasha.

Cheryl Ladd, shown at the Los Angeles premiere of “Unforgettable,” is filming a movie in Chickasha.