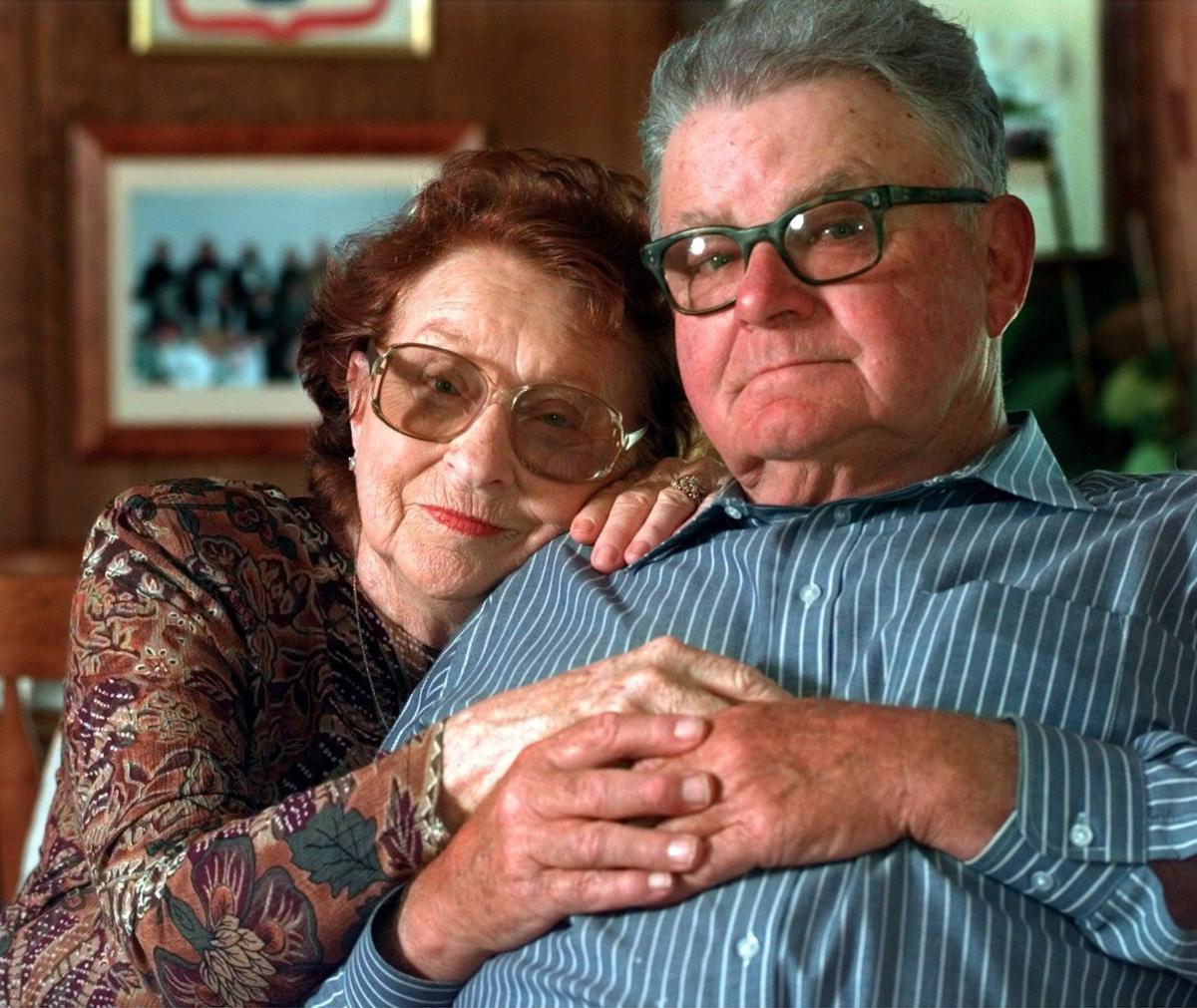 Clark McEntire is being inducted into the Hall of Great Westerners at the National Cowboy and Western Heritage Museum in Oklahoma City. McEntire, who died in 2014, is shown here with his wife, Jacqueline “Jackie” McEntire. Tulsa World file 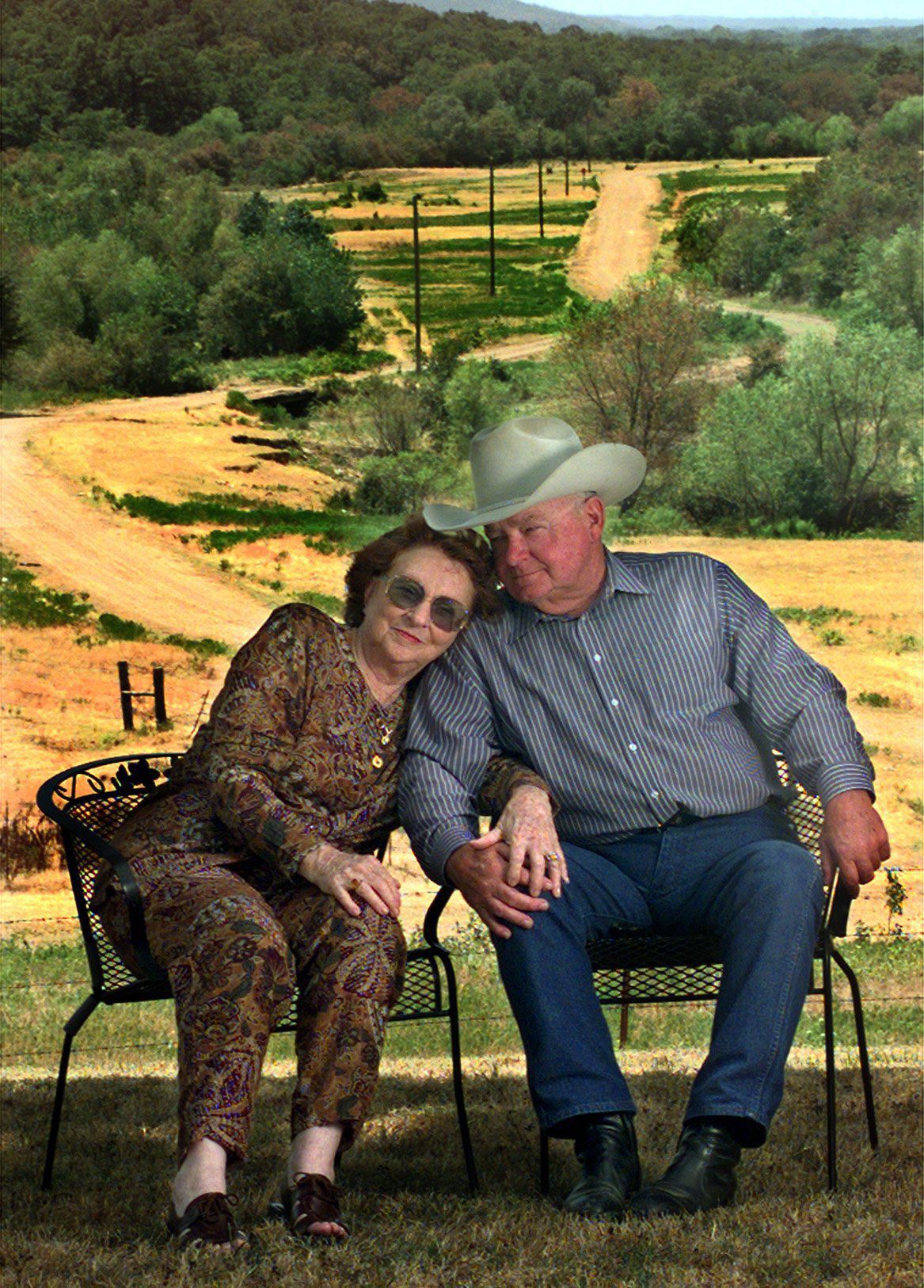 Clark McEntire, who died in 2014, is shown here with his wife, Jacqueline McEntire, known as Jackie, on their ranch in southeastern Oklahoma.

Four kids had to coexist in the back seat of a car during long trips to rodeo destinations.

The car didn’t have a radio or the radio couldn’t pick up a station, according to the person sharing this story.

“And so, four kids in the back seat of a car — it usually ended up in an argument,” the storyteller said.

To keep the kids from arguing and thus prevent them from incurring the driver’s wrath, the children’s mother taught the kids to sing three-part harmony to help pass the time during road trips.

Three of the children went on to become professional singers. The most famous of them is Reba McEntire.

But this story isn’t about Reba or her brother, Pake, or sisters Susie and Alice. This story is about the driver.

Clark McEntire, the father of those back-seat singers, will be inducted posthumously into the Hall of Great Westerners during a sold-out ceremony at the National Cowboy & Western Heritage Museum in Oklahoma City on Saturday.

McEntire, who died in 2014 at the age of 86, already has a place in the National Cowboy & Western Heritage Museum because he is in the Pro Rodeo Hall of Fame. Inducted as a steer roper in 1979, he won world championships in 1957, 1958 and 1961. He holds the record for being the youngest competitor (19) to win the all-around title at the Pendleton (Oregon) Round-Up, which has been around since 1910.

Unfortunately, McEntire is no longer around to tell his story. But daughter Susie, who was one of those back-seat singers, agreed to provide details that can’t necessarily be found in a biography. For instance, when Clark was young, he allegedly roped dinner chickens for his grandmother. He later ’fessed up that his dog, Fido, chased down the chickens so he could get ’em.

Susie said her father, born and raised in southeastern Oklahoma, was an only child who was raised primarily among adults.

Clark aspired to own land and cattle. He loved ranching and roping. His ability to win money with a rope allowed him to realize his dream.

“That was his goal was to win money so he could bring it back and build a ranch,” Susie said during a phone interview.

“A lot of the people in this part of the country said, ‘Why would you want to buy that old sorry land down there?’ But it was his home. It was at Limestone Gap, where he was raised. He and Mama started buying land right here at Chockie, and that’s where we live. I’m looking at it right now on the porch. He and Mama started buying land just 15 or 20 acres at a time at $10 to $15 an acre and finally put together 8,000 acres here on this particular plot of land that the family owns now.”

There were no ponds on the property before, but Clark (with the help of soil conservation folks) built “bunches” of ponds and fenced the ranch without big crews, according to Susie.

“People have told me they watched him carry a roll of baling wire up the hill or two big old bunches of steel posts on each shoulder up a hill,” she said. “And I’ve seen his handiwork. There were no cross fences and no barrier fences around. It was just virgin land. And he made it better. He is perfect for the Hall of Great Westerners.”

Susie said she thinks her daddy finished the eighth grade. By that time, he had experienced enough schooling to navigate road signs and go up and down the road, so he dropped out of school even though his mother was a teacher.

“He never really learned to read that well,” she said. He consistently misspelled ‘beef’ (as ‘beaf’). Yet he had the most common sense and ability to figure out things. He was taught early to figure it out for himself. He didn’t understand when other people had to be told to figure things out. He was always telling us kids, ‘You guys need to go make you a living somewhere else. You need to go figure it out.’ None of us really wanted to leave here. We wanted to be part of this land. I think that’s when we decided we had a gift for singing, and Mama was our greatest teacher, and so we all started singing because he encouraged us to do something else. So we did, and that’s how the singing started and we went all our different ways.”

Susie described her father as a throwback kind of guy.

“They don’t make them like him anymore. He worked from daylight to dusk. And he and Mama instilled that in us kids. … Being on time is being 30 minutes early. You worked until your work is done, and you do a great job so that they will want you back.”

Late in Clark’s life, he told others if he had known he was going to live so long, he wouldn’t have worked so hard. Are you buying it?

Susie said she was honored to be asked to sing the national anthem at the induction ceremony for her father and the other honorees. She said all four kids will be there with their mother, Jackie, and other family members.

“It’s going to be a really, really huge night for our whole family,” she said.

The filmed-in-Oklahoma movie will be based on David Grann's best-selling novel about the Osage Reign of Terror.

The film, scheduled for release in July, stars Matt Damon.

Michael Noble Jr., the Tulsa World’s newest staff photographer, was just 2 when “Twister” was released. He fell in love with “Twister” after randomly seeing it on television. He began renting a VHS tape of the film — same store, same tape — over and over again.

Watch Now - 'Twister' at 25: Let's go for a spin with stories about Wakita and storm chaser vehicle from shot-in-Oklahoma movie

Clark McEntire is being inducted into the Hall of Great Westerners at the National Cowboy and Western Heritage Museum in Oklahoma City. McEntire, who died in 2014, is shown here with his wife, Jacqueline “Jackie” McEntire. Tulsa World file

Clark McEntire, who died in 2014, is shown here with his wife, Jacqueline McEntire, known as Jackie, on their ranch in southeastern Oklahoma.