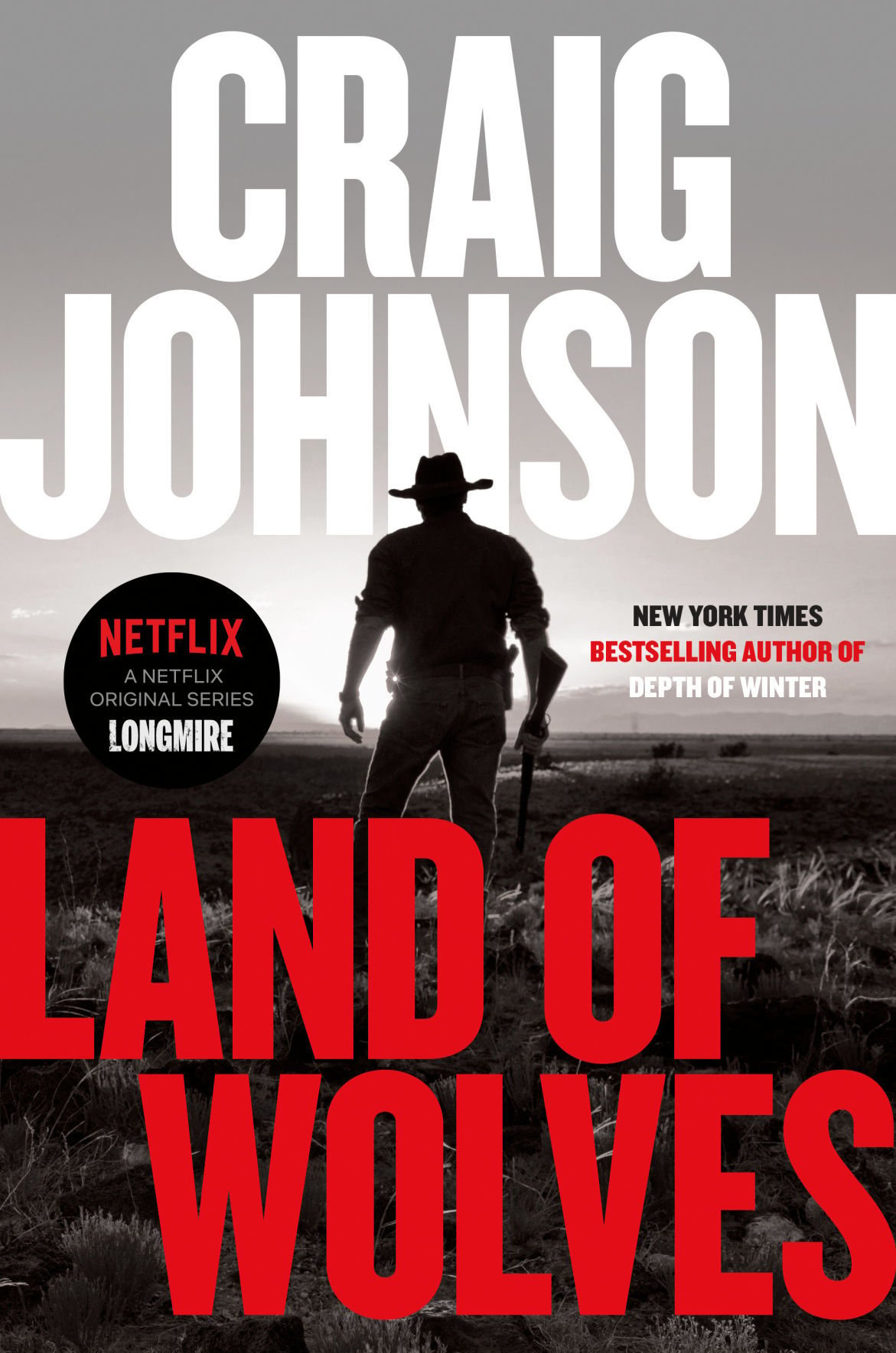 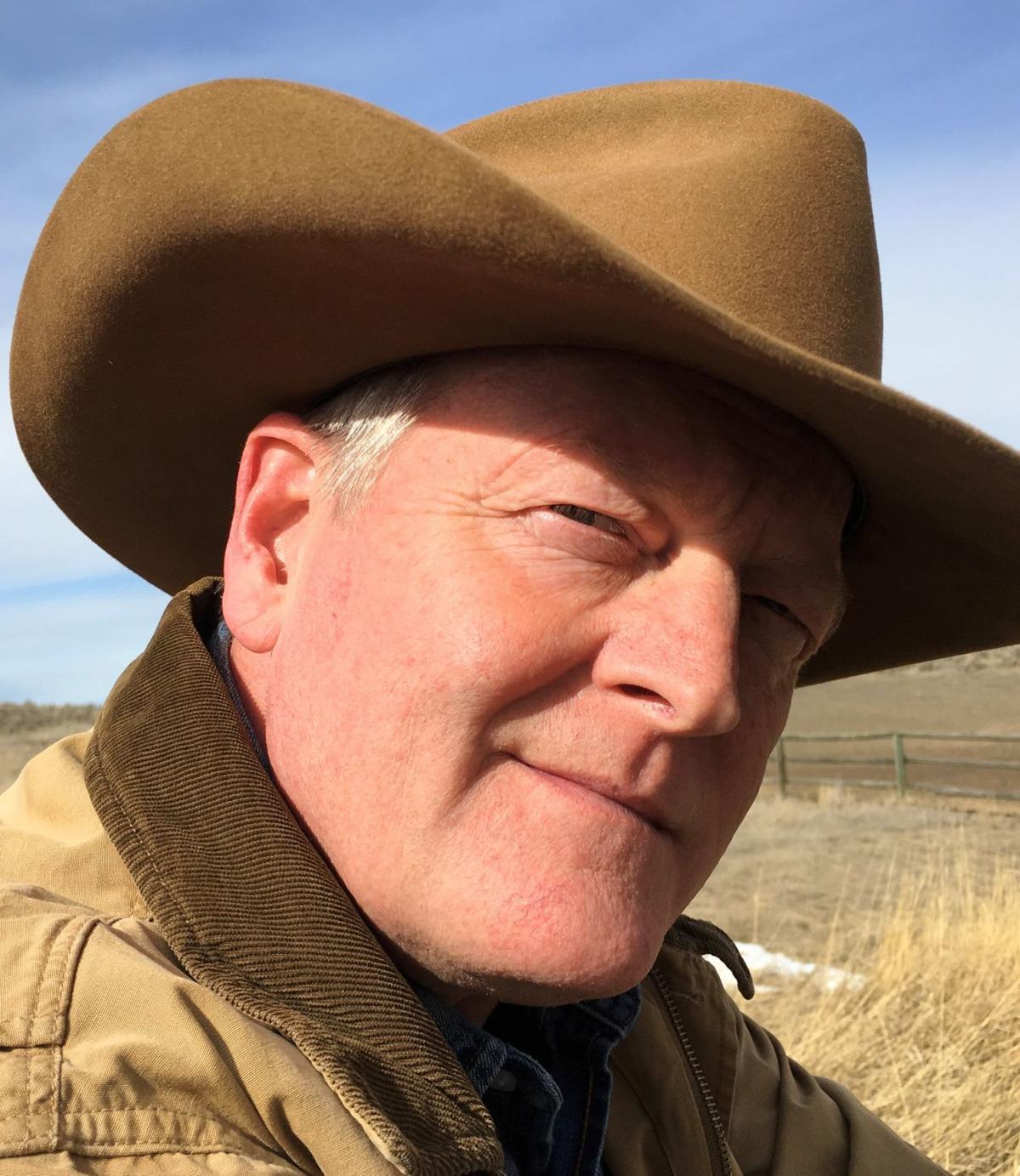 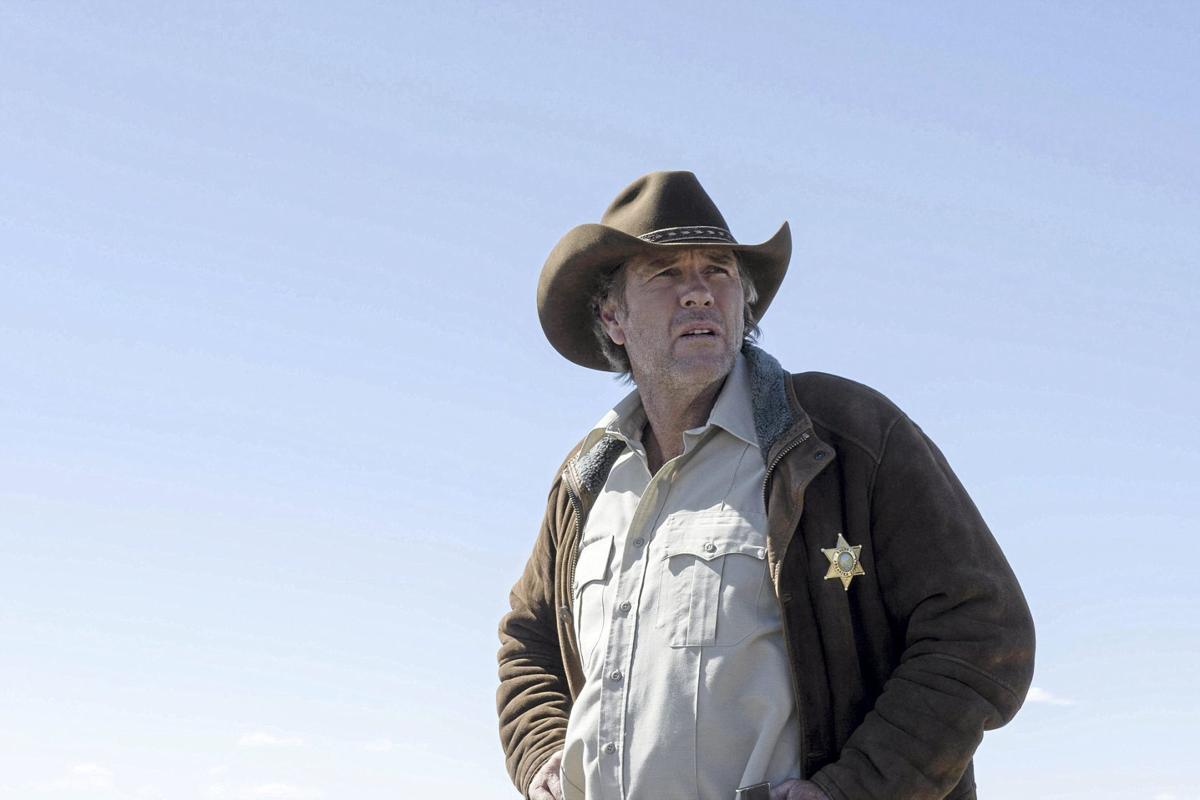 It doesn’t bother Craig Johnson that some express surprise that their favorite character — Walt Longmire, the laconic sheriff of Absoroka, Wyoming, who has been at the center of six seasons of the TV series “Longmire” — got his start in books.

“I’m always getting emails from people who said they didn’t know about the books until they had become real fans of the TV show,” Johnson said. “I always tell them it doesn’t matter. What matters is that they found me and the books. That’s the important part.”

Johnson created Walt Longmire as the protagonist of his first novel, “The Cold Dish.” Johnson had intended the book to be a one-off, stand-alone novel, but his publisher was so taken by the character and the world Johnson had created around him that Johnson was encouraged to consider writing a series.

“Now, I hadn’t had one book published, and I’m getting asked for more,” Johnson said, laughing. “At the time, I wasn’t too sure about it, but they said, ‘Just go back to the ranch and give it some thought.’

“It took a bit, but I realized that these characters — not just Walt, but all the supporting characters — had more stories to tell,” he said. “It’s about assembling a universe into which the reader enters, and then as time goes on, you rearrange the facts, so that what you thought was case at one point completely changes. Life’s like that.”

Since “The Cold Dish” was published in 2004, Johnson has published 16 novels in the Longmire series, as well as novellas and short stories, with each installment in the series roughly corresponding to the seasons of year.

“Depth of Winter,” published last year, was a departure in a number of ways. The story took Longmire far outside his usual jurisdiction to Northern Mexico in pursuit of Tomas Bidarte, a sadistic killer who has kidnapped Longmire’s daughter.

The physical, emotional and spiritual toll of that adventure hangs over Johnson’s just-published novel, “Land of Wolves.”

“I thought that Walt needed an arch-nemesis — there is a saying the Northern Cheyenne have, that you judge a man by the strength of his enemies,” Johnson said. “The Bidarte story line started about five books back, with ‘Serpent’s Tooth,’ and when it came time to culminate that story, I knew I couldn’t have it take place in Wyoming, Walt had to be forced to go some place where he didn’t fit in, where he would be on thin ice all the time.”

In “Land of Wolves,” Longmire may be back in Wyoming, but the effects of what happened in Mexico aren’t easily hidden away under bandages and bravado.

“Walt may be home, but he finds himself as something of a stranger in a strange land,” Johnson said. “He doesn’t recognize who he is anymore, because in order to have survived his last adventure, he had to unpack the sort of person he had to be when he was a Marine Corps investigator during the Tet Offensive in Vietnam. That guy is not going to go easily back into that dark night.”

What starts the action in “Land of Wolves” is the discovery of a sheep that has been slaughtered, perhaps by the wolf that Longmire sees skulking around the edge of the forest. The dead sheep soon leads to a dead shepherd, found hanging in a tree.

The dead man is a Chilean immigrant — “another stranger in a strange land,” Johnson said — who has been tending to the flocks owned by some of the Basque people who call Wyoming home.

“It was a way for me to address, in my own way, the immigration situation,” Johnson said. “People will be brought in to take care of sheep, and they are pretty much left to their own devices for months at a time. And sometimes, they end up going nuts — it’s hard on a human being to be by themselves for so long. There’s even a name for it — we call it ‘sagebrushing.’”

However, in Longmire’s world, what has befallen the young Chilean is something more than just another case of “sagebrushing.” And when a young child disappears, the case becomes much more complicated and much more dangerous.

“When you’re writing a series, there is always the temptation to just go with the flow, to develop a formula and just insert different plot points,” Johnson said. “But that was never interesting to me. It’s important to me that the character develop through the years. I don’t think readers would hang around if Walt was the same character he was 15 books ago.”

Johnson had already published seven books in the Longmire series when Hollywood came calling, wanting to turn the books into a TV series. “Longmire,” starring Robert Taylor, Katee Sackhoff and Lou Diamond Phillips, debuted on A&E in 2012, and ran for three seasons before moving to Netflix for the next three seasons.

The TV series concluded in 2017, although the term that Johnson prefers is “went on hiatus.”

“We do have a contract (with Netflix) to stream the series, which is great for me,” he said, laughing. “It’s still one of the most popular shows on Netflix, which means it can still garner new readers.”

Some writers who have seen their characters take on new life in film or TV adaptations have allowed themselves to be influenced by how their stories have been interpreted. The early books about Inspector Morse by Colin Dexter, for example, described a very different sort of character than the one played by John Thaw in the TV series, but in subsequent novels the character has all the physical characteristics of the actor who portrayed him.

Johnson hasn’t had that problem.

“I had very strong ideas about the characters and who they were long before the TV series,” he said. “I know some writers have some unobtainable expectations when it comes to adaptations, but I knew they would make changes. I just pleased that they always stayed true to the tone and detail of the world of the books.”

Read the What the Ale blog: Tom Gilbert writes about local beers and breweries.

Tickets are $32 and include a copy of "Land of Wolves."