'I, Too, Am America' celebrates Juneteenth with music, presentations and more
Share this
{{featured_button_text}}
1 of 6 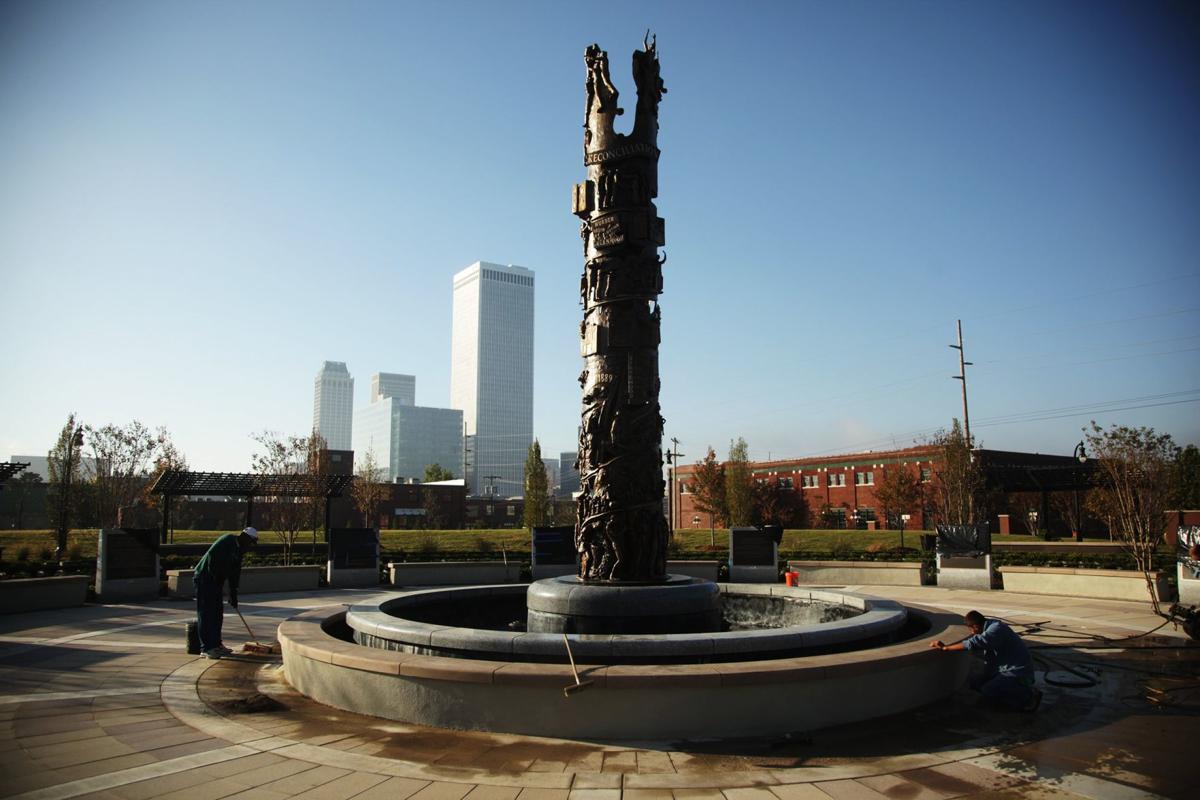 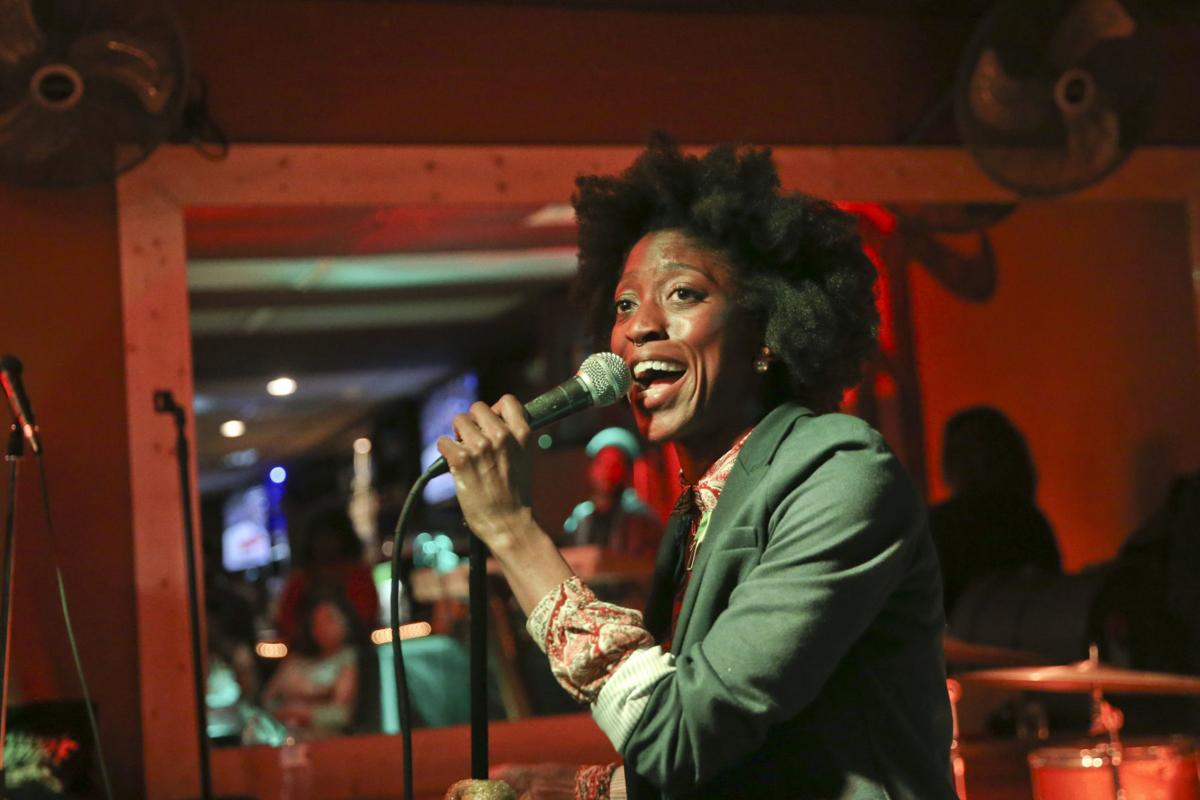 Branjae Jackson is shown at the Retro Bar & Grill in Tulsa. 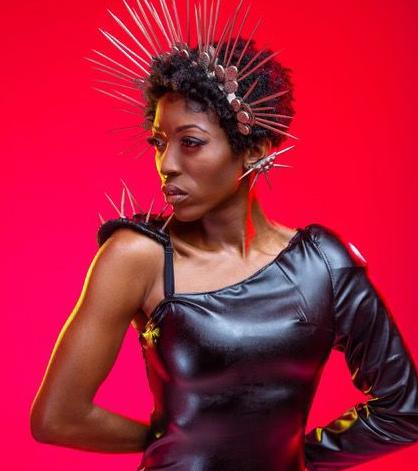 Vocalist Branjae will be one of the artists performing at “I, Too, Am America: Juneteenth Rally for Justice.” Courtesy/Josh New 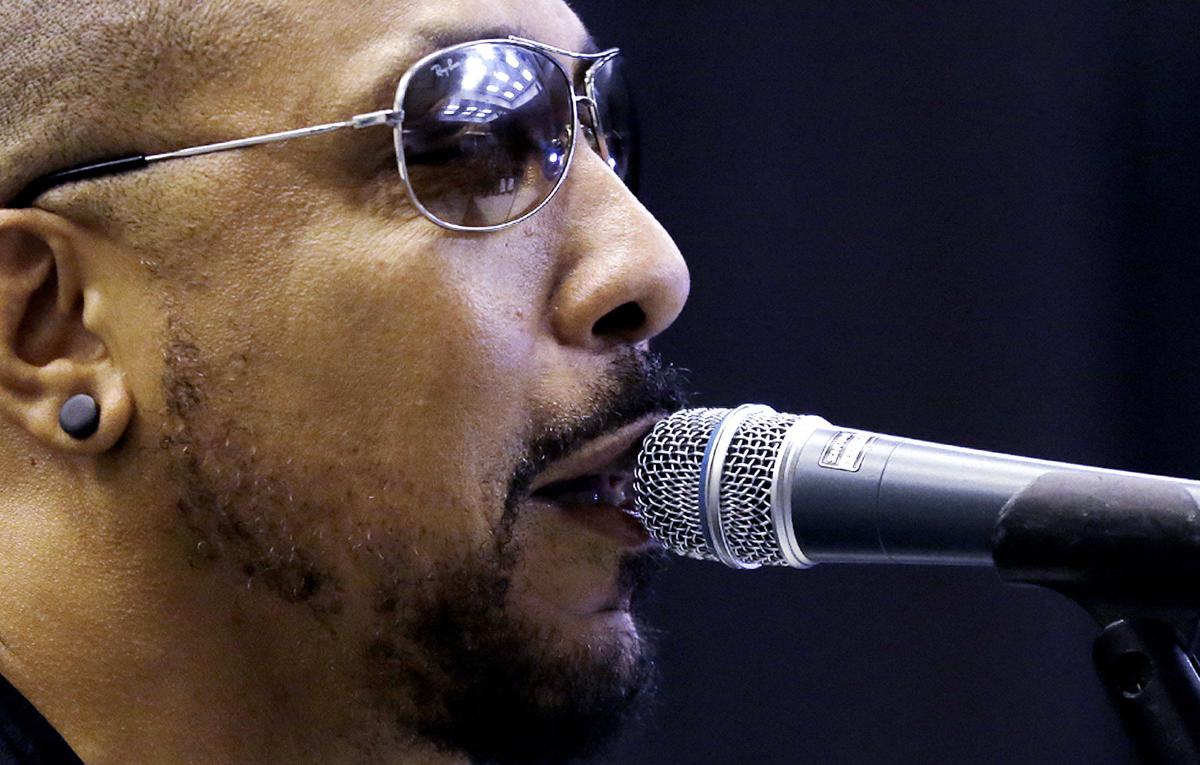 Charlie Redd and his Full Flava Kings will perform as part of “I, Too, Am America: Juneteenth Rally for Justice.” Tulsa World file 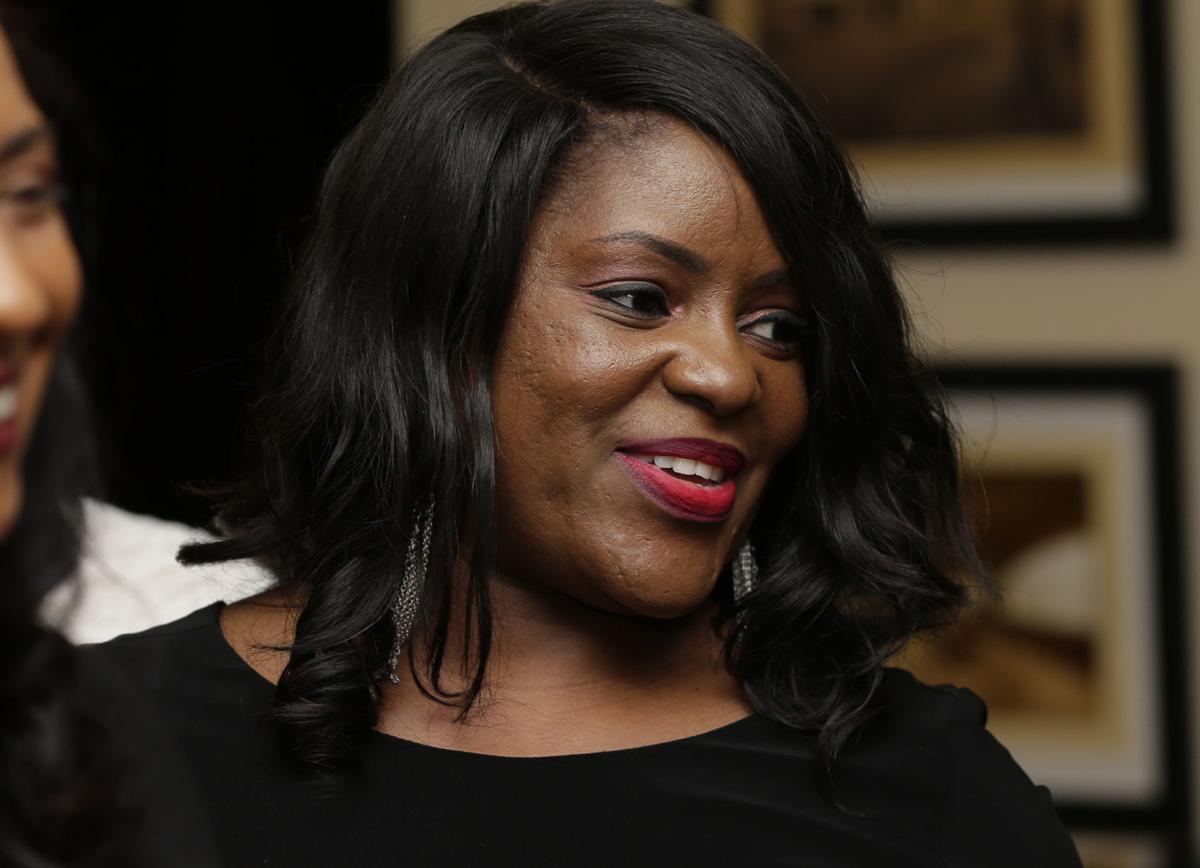 Dr. Tiffany Crutcher is the founder of the Terence Crutcher Foundation, named for her twin brother who was killed by a former Tulsa police officer. 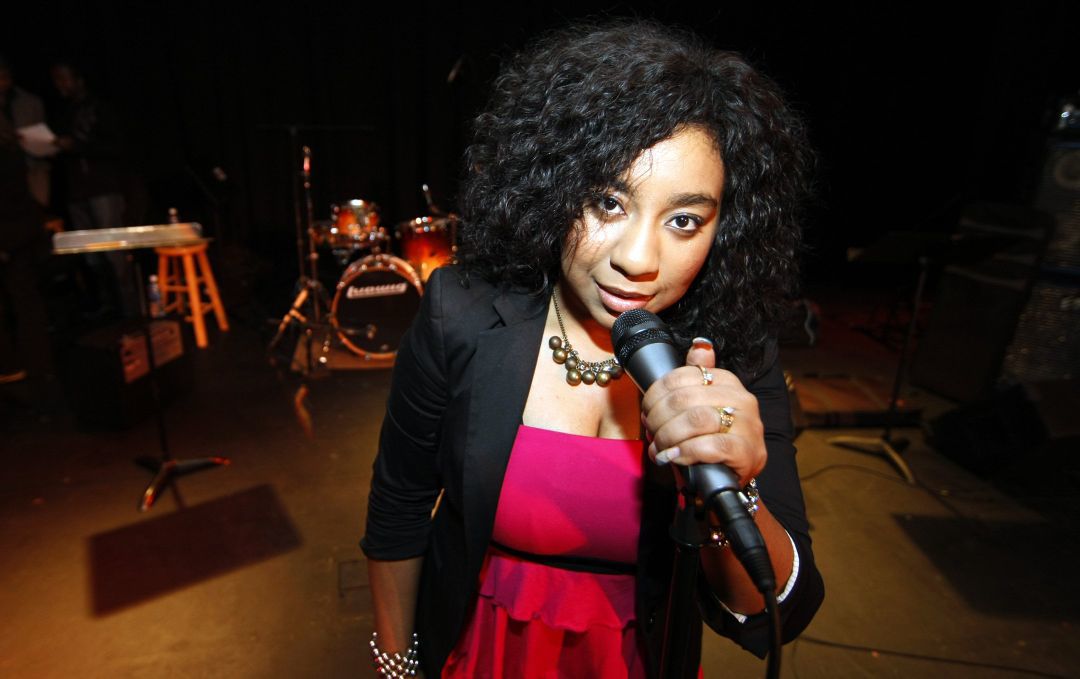 What started as plans for a block party-style celebration of African-American music has evolved into an event whose purpose is summed up in its title: “I, Too, Am America: Juneteenth Rally for Justice.”

The free event will take place from 11 a.m. to 10 p.m. Friday, June 19, in the Greenwood District downtown and will feature performances by local musicians and artists, food trucks, vendors, a car and bike show, a place to register to vote, and presentations by religious leaders, activists and elected officials from Tulsa’s African-American community.

Noted civil rights activist the Rev. Al Sharpton will deliver the keynote address at the event. Other headline performers and speakers will be announced at a later time.

Among the local performers scheduled to take part in the event are Charlie Redd and the Full Flava Kings, Branjae, Adrion Robbins and the AR Experience, OmaleyB, the Wisemen Band and Tony Mason.

A special kid’s zone will have horse riding, field sports such as kickball, table games and more.

Admission is free, but tickets can be reserved. Tickets are available through eventbrite.com.

The idea for the event began when Tulsa Juneteenth, the organization that oversees the city’s Juneteenth celebrations, announced that it was canceling the 2020 Juneteenth festival out of concerns over the spread of COVID-19 and the Centers for Disease Control’s restrictions on large public gatherings.

“This is such a sacred holiday in our region, we knew we wanted to do something to commemorate Juneteenth this year,” said Starr Fisher, a local performer and cultural curator for the Greenwood Chamber of Commerce. “Basically, about a year’s worth of work was accomplished in about two weeks.”

Juneteenth gets its name from June 19, 1865, when Union soldiers arrived in Galveston, Texas, to announce that the Civil War had ended and the Emancipation Proclamation had been issued two years earlier, which marked the beginning of the end of slavery in the United States.

The day has been celebrated in Tulsa for more than two decades, usually with a weekend-long event featuring performances by local, regional and national artists. Last year’s event, for example, including tributes to Prince, with performances by percussionist Sheila E and Morris Day & The Time.

“June is also Black Music Month, so the first thought was to put together a music festival of some kind, like the Jazz on Greenwood festivals,” Fisher said. “We established a partnership with the Tulsa Black Educators because we wanted to target young people. Because of the pandemic, they’ve been cooped up for weeks, and we thought we could give them a chance to get out and burn off some of that energy.”

The decision of President Donald Trump’s campaign to stage its first public rally since the COVID-19 outbreak in Tulsa on June 19 changed all plans.

“Suddenly, all eyes were on Tulsa,” Fisher said. “I started getting calls from all over the country, from a very diverse group of organizations and individuals who wanted to do what they could to help. It made me realize that this was a real opportunity for our country to band together and really get this movement for unity and a genuine love of humanity in front of people.”

Dr. Tiffany Crutcher, founder of the Terrence Crutcher Foundation, said the decision to take part in the event was a needful one.

“We felt it was necessary to make the effort to honor this day of freedom and rally for justice, especially in light of all the things that have been happening in recent days,” she said.

This includes the nationwide protests against racism and police brutality launched in response to the murder of George Floyd by Minneapolis police officers; the recent commemoration of the 99th anniversary of the Tulsa Race Massacre that destroyed north Tulsa’s thriving African-American community in 1921; the continuing coronavirus pandemic, of which African-Americans are among the most vulnerable; and recent incidents of police brutality in Tulsa, and the announcement of the Trump at Tulsa’s BOK Center on June 19.

The Trump campaign later acquiesced to public outrage and rescheduled the rally for Saturday, June 20.

But that, Crutcher said, doesn’t change the need to “give voice to people to express what they are feeling. There is a great deal of bottled up anger, fear and anxiety. We want to create a space where that energy can be channeled in positive ways.”

Crutcher said the “I, Too...” event is cognizant of concerns over the COVID-19 pandemic, adding that a “safety team” will help maintain social distancing among the attendees and that face masks and hand sanitizing stations will be available in the festival area.

“We want to make sure the safety of our citizens is a priority,” she said.

There has been some talk of extending the event into the weekend, but a confirmation was not available by press time. Organizers are working to formalize the schedule of speakers and performers and will be announced in the Tulsa World when it is available.

The Sky Gallery and the new Decopolis are the latest additions to a stretch of arts-related business in the Meadow Gold district of Route 66.

Davis, who starred in a Nowata-based movie about football, wrote hits for himself and Elvis Presley.

The series won a total of nine Emmy Awards for its final season, including best comedy series. The show's four lead actors also won in their categories, the first time such a sweep has happened in Emmy Award history.

An animal rights organization has sent notice to "Tiger King" star Jeff Lowe to give up all his big cats forever or be sued.

Branjae Jackson is shown at the Retro Bar & Grill in Tulsa.

Vocalist Branjae will be one of the artists performing at “I, Too, Am America: Juneteenth Rally for Justice.” Courtesy/Josh New

Charlie Redd and his Full Flava Kings will perform as part of “I, Too, Am America: Juneteenth Rally for Justice.” Tulsa World file

Dr. Tiffany Crutcher is the founder of the Terence Crutcher Foundation, named for her twin brother who was killed by a former Tulsa police officer.