One can find the root vegetable that gives the restaurant Radish its name in just about every dish served here — even if it’s used mainly as an accent or a decoration, rather than an ingredient.

It shows up most often as needle-like batons sprinkled over the roasted new potatoes that accompany the roast chicken, or tossed into the mix of meat, vegetables and sauces that fill the pita wrap sandwiches. A slice of radish might be speared on the toothpick that helps hold those well-stuffed wraps together, or show up in one of the salads.

Yet the ubiquity of radish isn’t the only reason why the restaurant is named Radish.

“It’s really hard to come up with a name for a restaurant,” chef and owner Melissa Grace said, laughing. “When my daughter Sadie was about 4 or 5 years old, she got hold of a packet of radish seeds and planted them, and they grew like crazy. We ended up with so many that we were putting radishes on everything. So the name is a bit of a nod to that.

“But it’s also because we try to give a little twist to the food we do,” she said. “It’s why I call it ‘Midwesterranean,’ taking Mediterranean recipes and giving them an Midwestern, Oklahoma accent. It’s kind of a ‘rad’ idea, so you could call it ‘rad-ish.’”

Regardless of what it’s called, the restaurant Grace opened a few months ago in the place that once was home to Doubleshot Coffee serves up some truly tasty food.

Grace and her husband, Seth Smith, operated a catering business called Taste for more than a decade, and Smith worked for a time as executive chef at the Philbrook Museum of Art before coming up with the idea for Radish, which was one of the original restaurant concepts at Mother Road Market when the food hall opened in 2018.

But just a few months after opening Radish, Smith died unexpectedly at the age of 42.

“Seth trained at Le Cordon Bleu in London, and had worked in a lot of fine-dining places around the country,” Grace recalled. “And if Radish had been a fine-dining concept, I would have been lost. But the menu we do here is the sort of food I love to eat and love to cook. So I knew I could do this, and continue on. Besides, I had kids who needed a roof over their heads.”

After two years at Mother Road, Grace was able to move into the brick-and-mortar location at 1730 S. Boston Ave.

The menu is very much the same as that which was offered at Mother Road Market, with a few minor adjustments. For example, the roast chicken dinners used to be served with hasselback potatoes — whole potatoes scored into thin slices that can be roasted or deep-fried.

“We don’t have the same capacity deep fryer here that we had at Mother Road Market, so we had to take the hasselback potatoes off the menu,” Grace said. “Hasselback potatoes live up to the first part of their name — they’re a hassle to prep — but they went so well with our Awesome Sauces.”

Those sauces still come with roast chicken dinners ($18 for a half-chicken, $28 for a full bird), which is an excellent thing, because they go well with both the chicken and the creamy roasted new potatoes that have replaced the hasselbacks. The bright orange spicy chili carrot sauce is closer to a puree, and packs a solid bite of heat. The roasted garlic sauce has a mellow garlic flavor, and the kalamata olive aioli has a citrusy herbaceous taste that is addictive.

The dinners also come with a substantial serving of the house mezze salad ($12, if purchased as an entree), which include many of the items also featured on the Mezze Tray ($17), such as large cubes of feta cheese, stuffed grape leaves, pickled onions, artichoke hearts, olives, a sprinkling of radish threads, and creamy dressing with hints of balsamic vinegar.

We’ve talked about everything around the chicken, so as for the chicken itself, it’s about as good a roast chicken as you will find. The meat is flavorful and tender, with the white meat retaining its juiciness. The chicken also is used in several of the pita wraps, such as the shawarma, the “Okie Buffalo” and the tahini chicken salad ($10 each). It also can be added to the salads for an additional charge.

We also tried the gyro pita wrap ($10), made with seasoned chopped lamb and a good amount of fresh vegetables and herbs, as well as with some of the sweet pickled onions. It was a tasty variation on the classic preparation.

Grace said she plans to expand Radish into the other half of the old Doubleshot space once her application for a liquor license is approved.

Christina Ricci was almost 'arrested' while babysitting as a teenager

Christina Ricci was almost 'arrested' while babysitting as a teenager

The new location will offer more outdoor dining space, as well as a rooftop bar.

Elmer's, and its catchphrase, "It Be Bad," has been a mainstay of Tulsa's Brookside neighborhood for close to 40 years.

Three special dishes will be available at the restaurant, at 1921 S. Harvard Ave., beginning at 11:30 a.m. Thursday.

Charcuteray also offers special workshops, such as its upcoming Floral Arranging and Charcuterie Workshop on Feb. 12.

The strawberry pie, as is the case with all McDonald's pies, is made at Tulsa's Bama Pie Company.

What the Ale: Beer of the Week, Good Cause Brewing's Pluto

Restaurants wishing to be included in the list should send all pertinent information, including special menus, prices, reservation deadlines, etc., to james.watts@tulsaworld.com.

Sandos Rockin' Deli & Provisions opened a few weeks ago in the space that formerly was home to Poke Bowl Love. 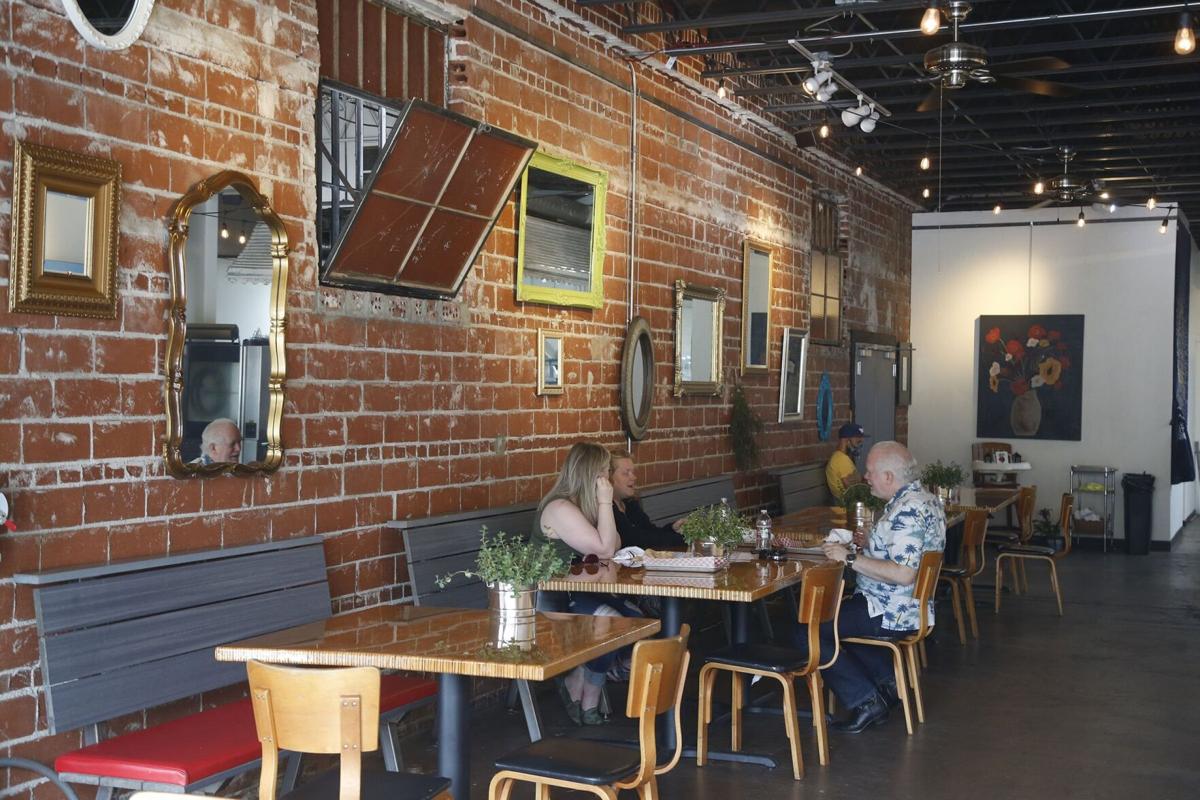 Exposed brick walls give the interior of Radish its atmosphere. 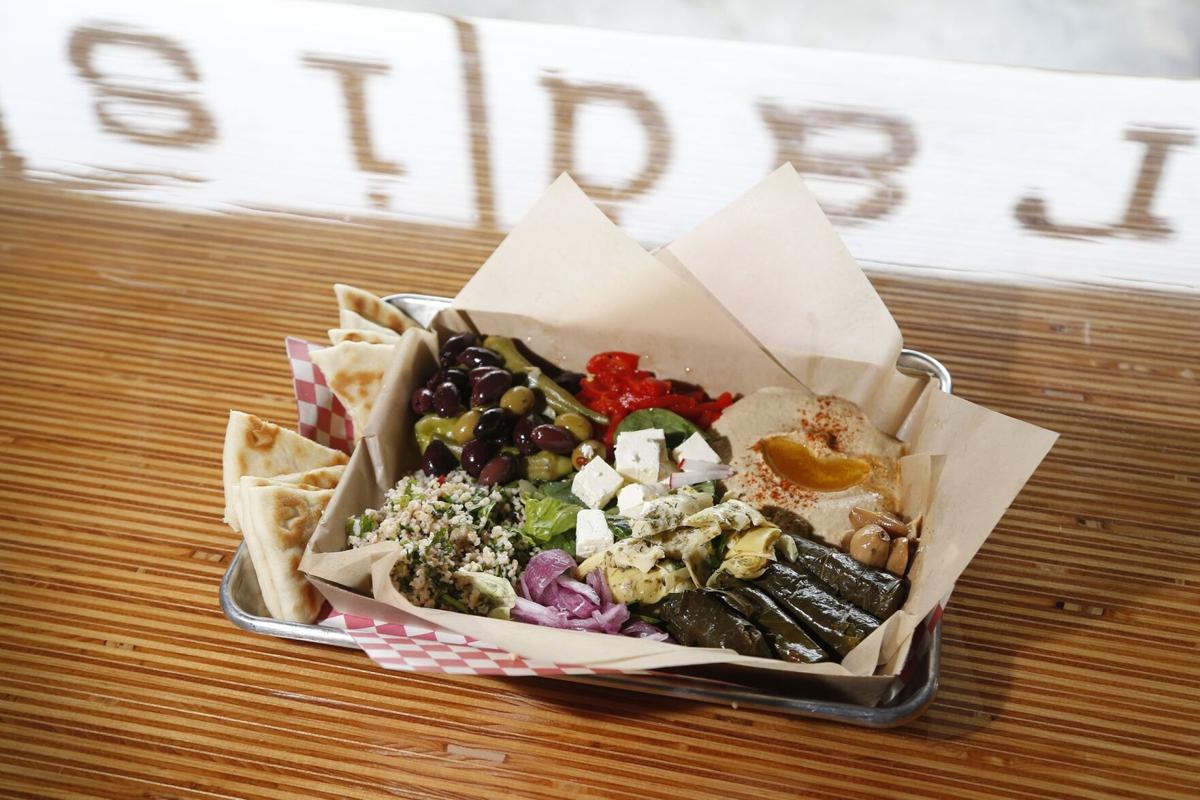 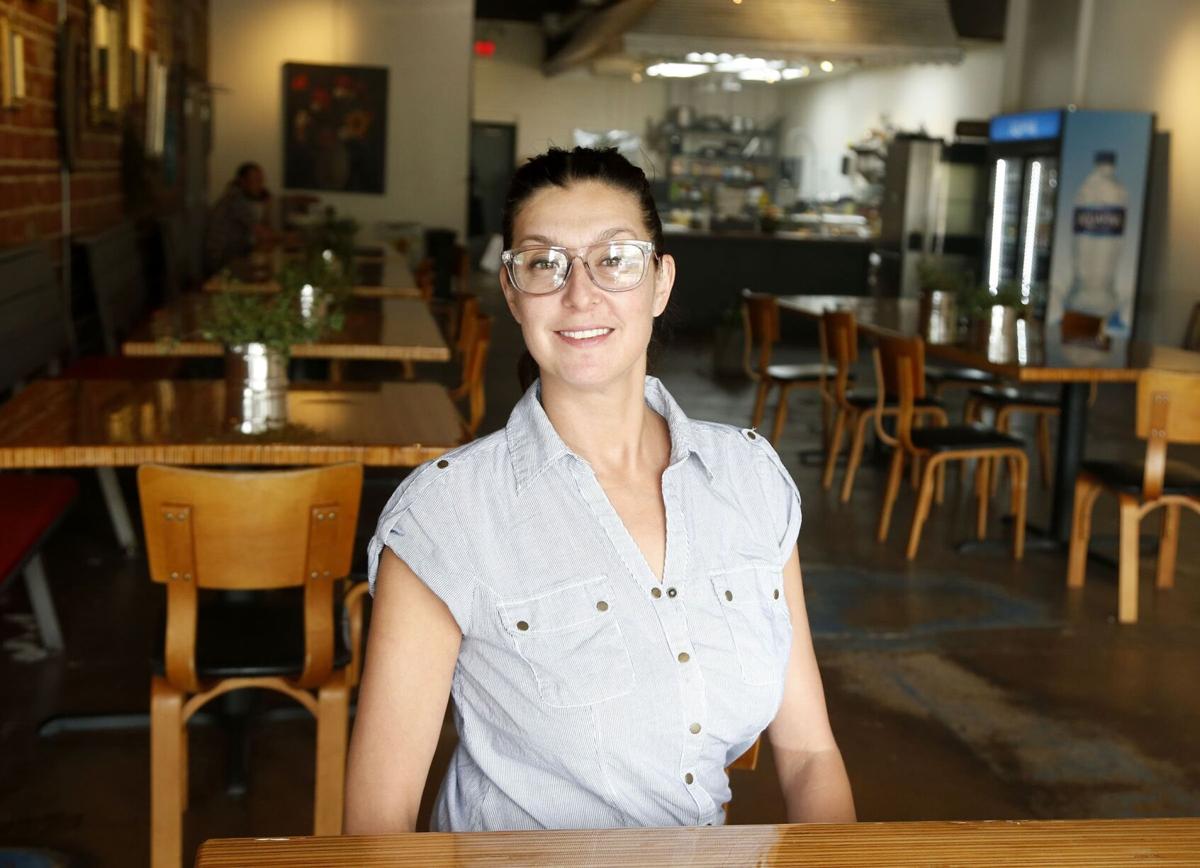 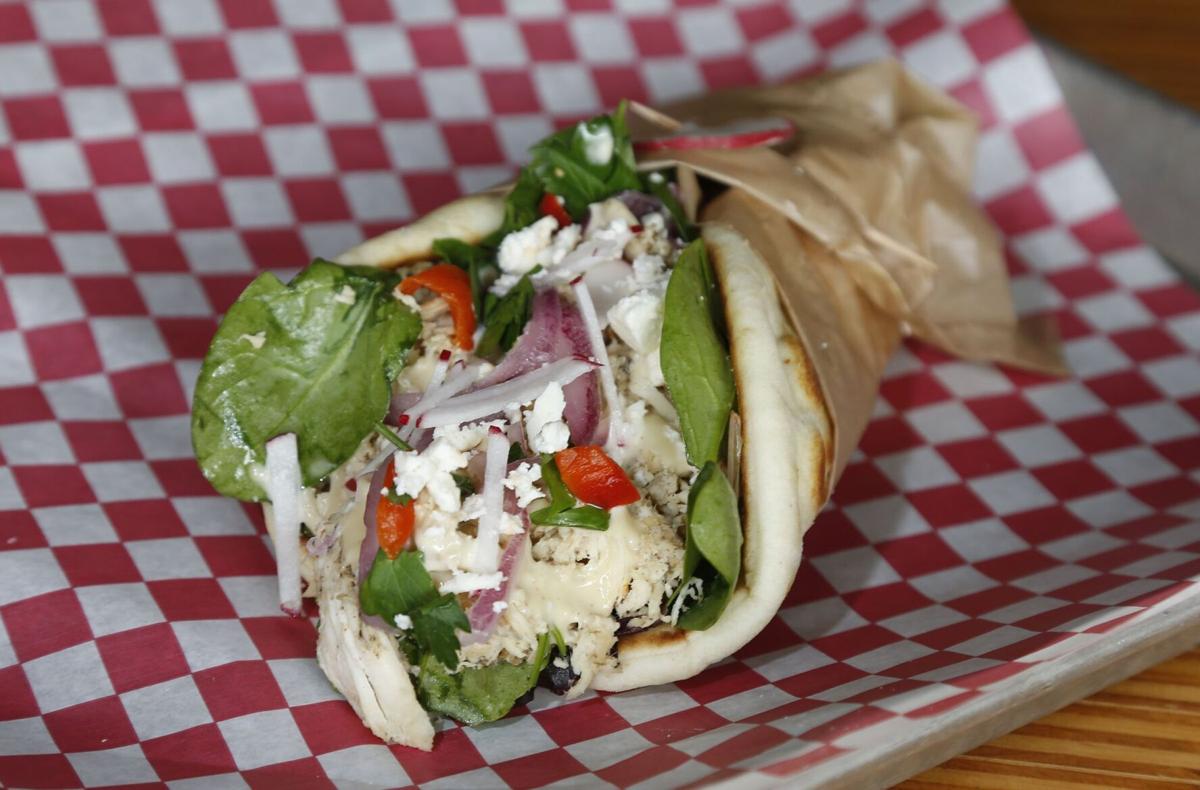 Roasted chicken in an garlic aioli sauce is wrapped with fresh and pickled vegetables in the shawarma pita wrap at Radish restaurant. 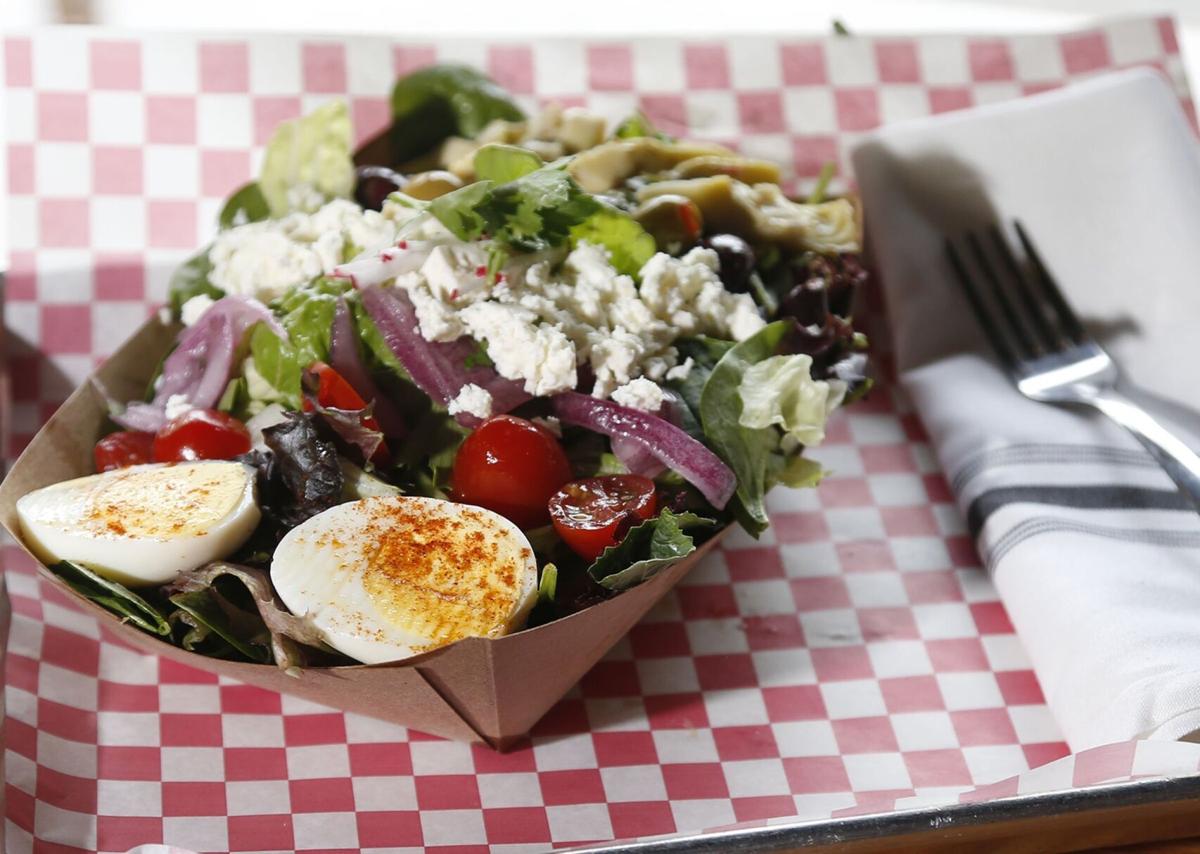 The Mediterranean Cobb Salad at Radish restaurant can be ordered as is, or topped with roasted chicken, falafel or gyro meat. 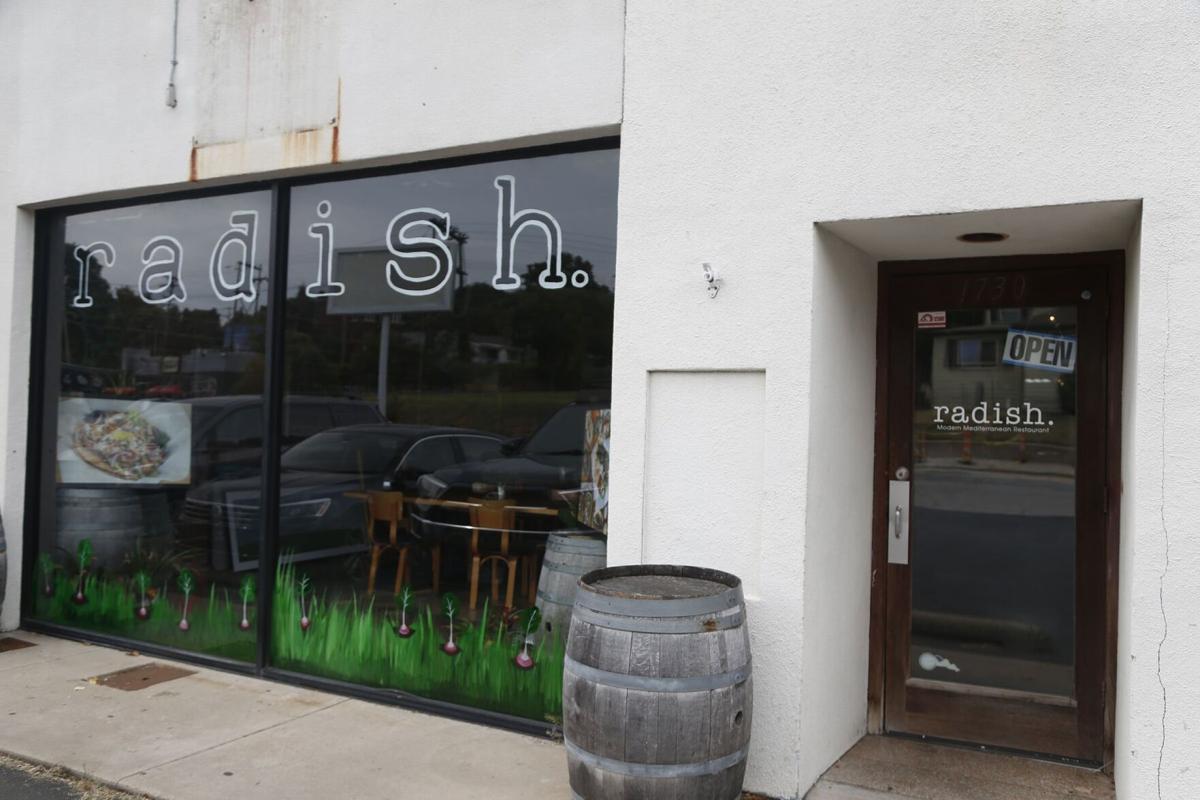 Radish is in the space once occupied by Doubleshot Coffee.