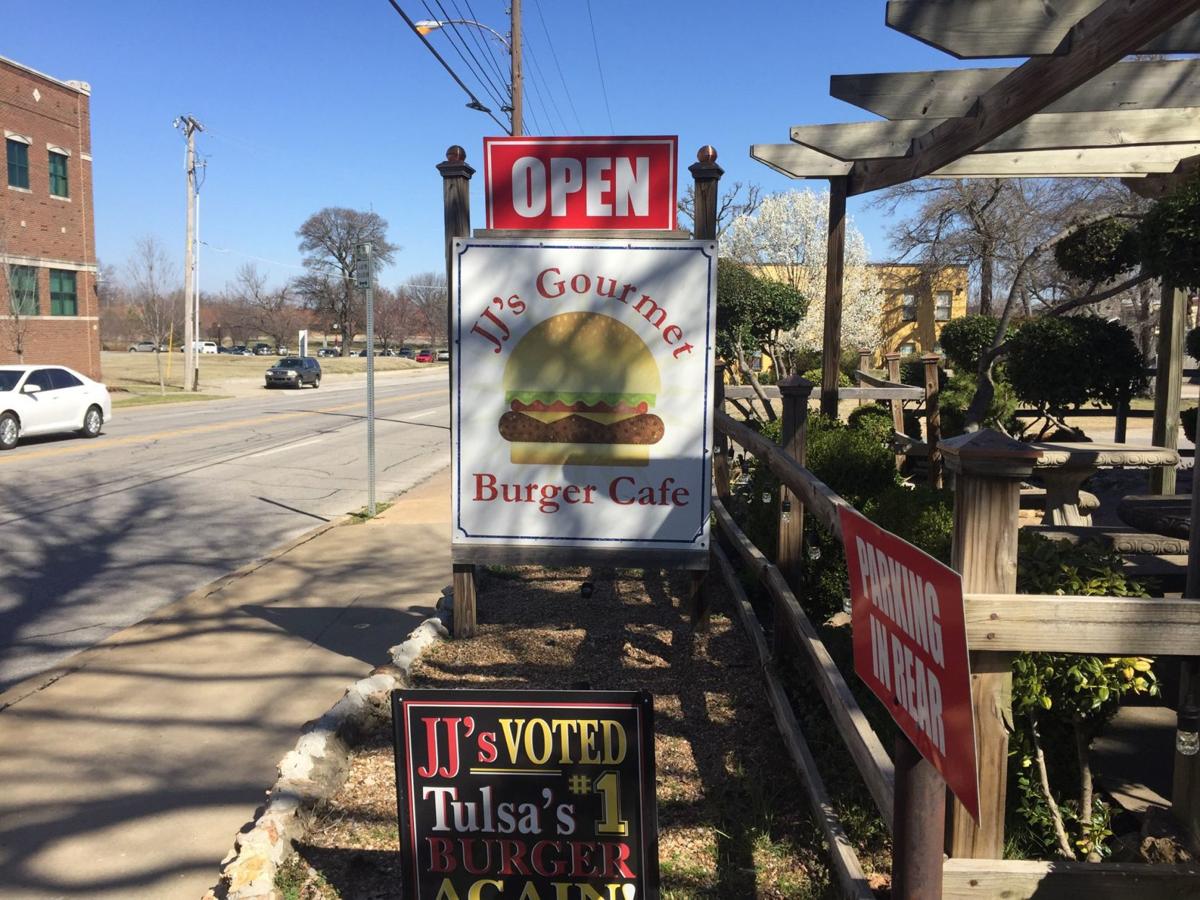 J.J.’s Gourmet Burger Cafe has been a fixture at 647 S. Peoria Ave. for more than three decades. SCOTT CHERRY/Tulsa World 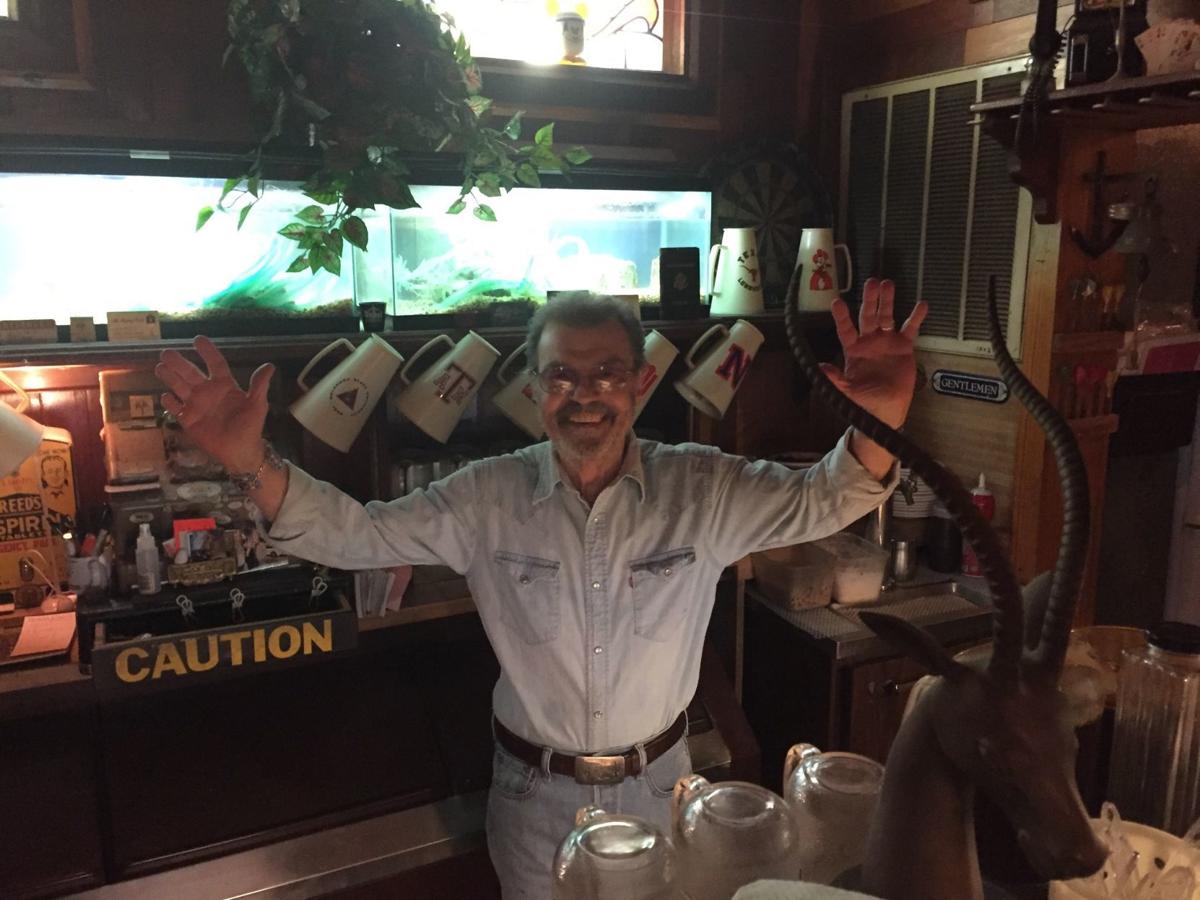 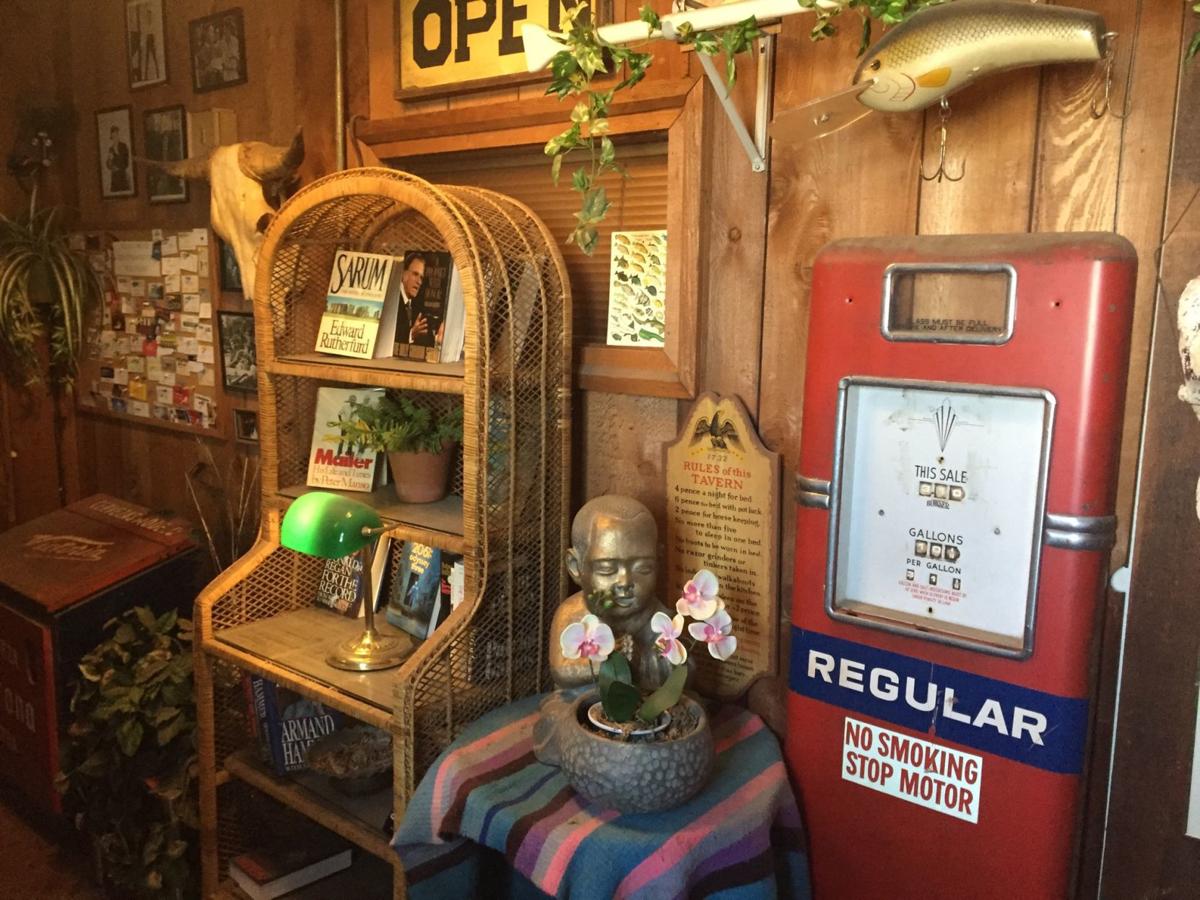 J.J.’s Gourmet Burger Cafe will be closing later this spring or early summer, according to owner J.J. Conley.

“I’m 78 years old, and I’ve done about all I can do here,” Conley said Thursday.

He said he is entertaining offers on the building at 647 S. Peoria Ave., where he has operated businesses since 1973.

Conley, known in foodie circles as the Burger Nazi, has been serving his gourmet burgers, mostly rib-eye with a little chuck, since the late 1980s.

It comes one way — rare. Don’t even ask for anything else, or Conley might just send you down the street to McDonald’s. He was a fan of the old Connors Corner near 31st Street and Harvard Avenue, which also cooked its burgers on the rare side.

Conley is a Vietnam veteran and former set designer in Hollywood. He returned to Tulsa in 1973 and opened Rubicon in the same building. It sold California-style jewelry, beads and head shop items.

In 1983, in the days of liquor by the wink, he turned the business into Ricco’s Blue Rose, a member’s-only speakeasy in the truest sense.

When liquor by the drink was legalized a few years later, the business morphed into J.J.’s Gourmet Burger Cafe. The entrance and dining room are decorated with an eclectic array of items, many acquired on Conley’s travels around the world.

For many years, J.J.’s was cash only. He started taking credit cards about three years ago.

J.J.’s is a two-person operation. Conley has a cook, and he waits tables himself. He sometimes cuts off the burger orders at about 25 a day.

The restaurant, which has parking in the back, is open from 11 a.m. to 1 p.m. Tuesday-Friday.

Conley said he has had a number of inquiries about the property but doesn’t expect much to happen before later in the spring or summer.

“Of course, if someone walked in here with a suitcase full of money, it might happen sooner,” he said. “I’m doing the negotiations myself. Commercial real estate guys don’t even need to bother to call.

“You will know when a deal is done when I put a sign up outside.”

Watch Now: The Men Who Would be Scene: Bob Hope, the trading card boom and throwing tomatoes at performers

Prince Philip Dies at 99: A Look at His Legacy

Prince Philip Dies at 99: A Look at His Legacy

The offer is good at participating McDonald's in northeast Oklahoma from 6 to 9 a.m.

Plan your Easter feast with these area restaurants

While many area restaurants are open for in-person dining, they also are offering to-go dishes and full menus for those who prefer to do their Easter feasting at home.

J.J.’s Gourmet Burger Cafe has been a fixture at 647 S. Peoria Ave. for more than three decades. SCOTT CHERRY/Tulsa World