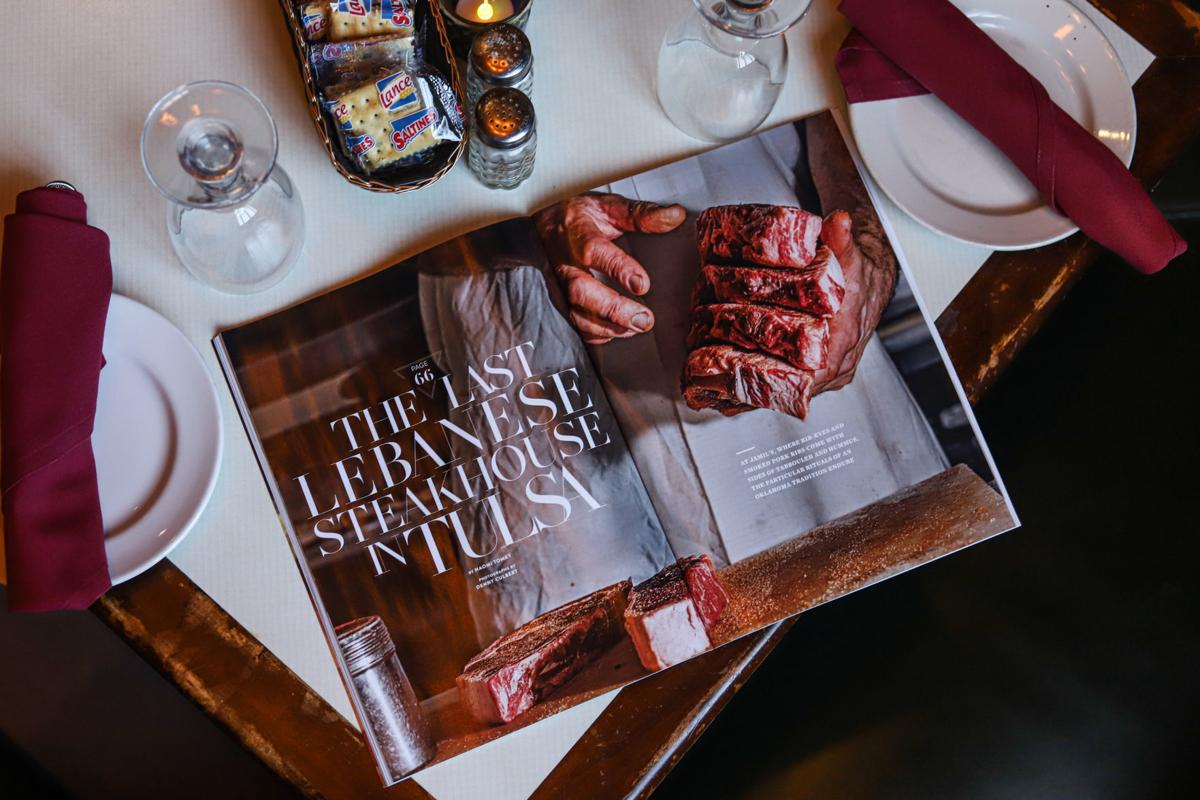 The August edition of Saveur magazine features an eight-page spread on Jamil’s. The article, “The Last Lebanese Steakhouse in Tulsa,” explores the history of Lebanese steakhouses in Oklahoma. MEGAN ROSS/Tulsa World 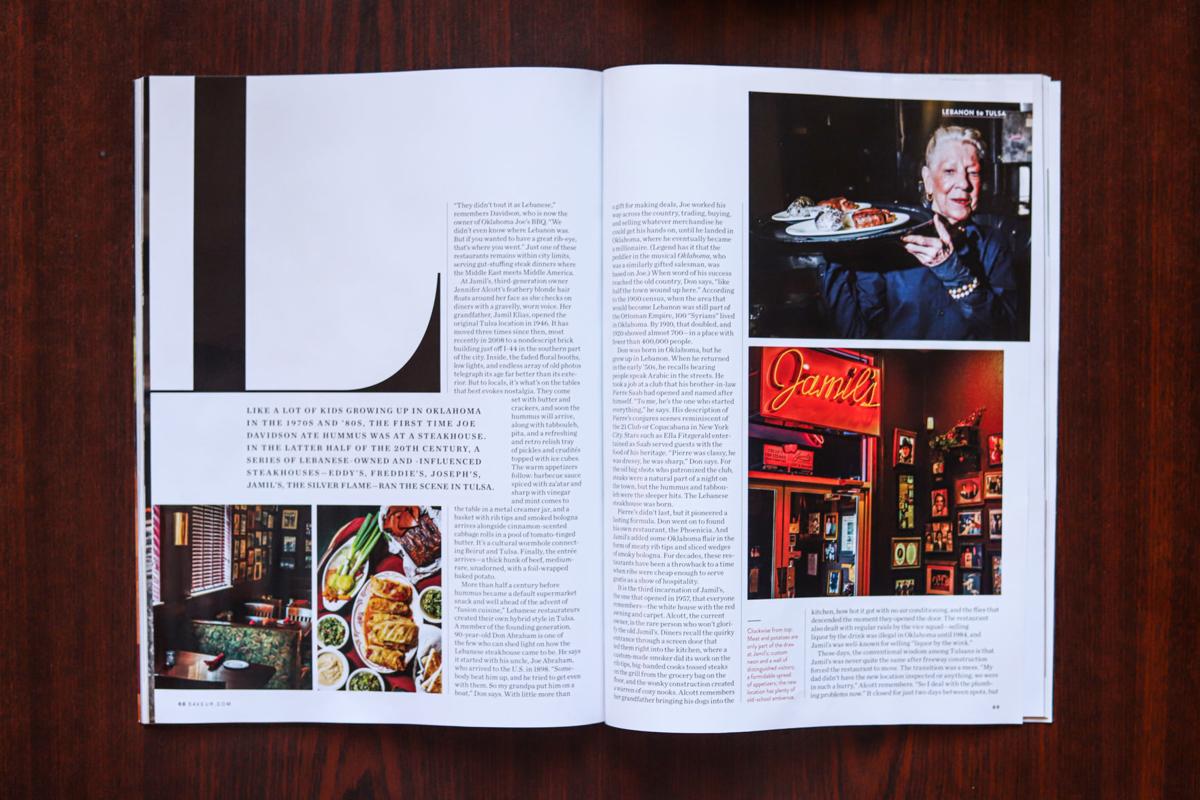 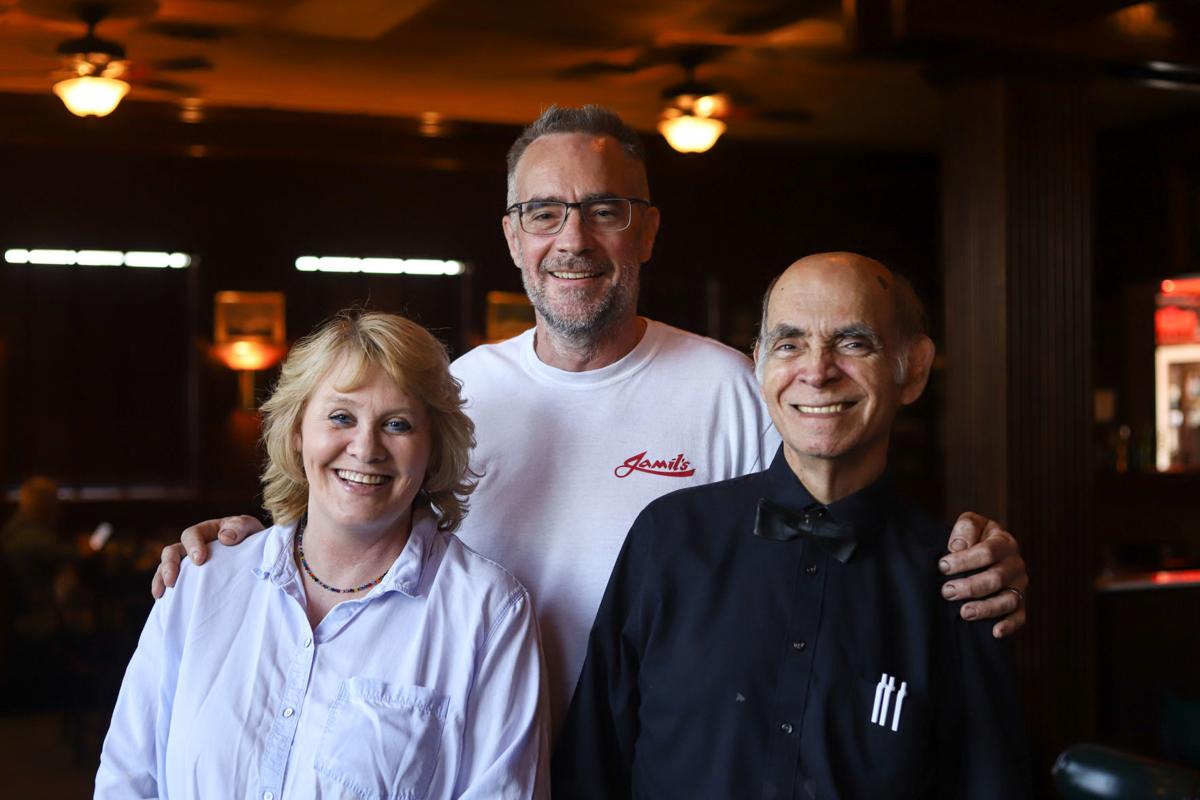 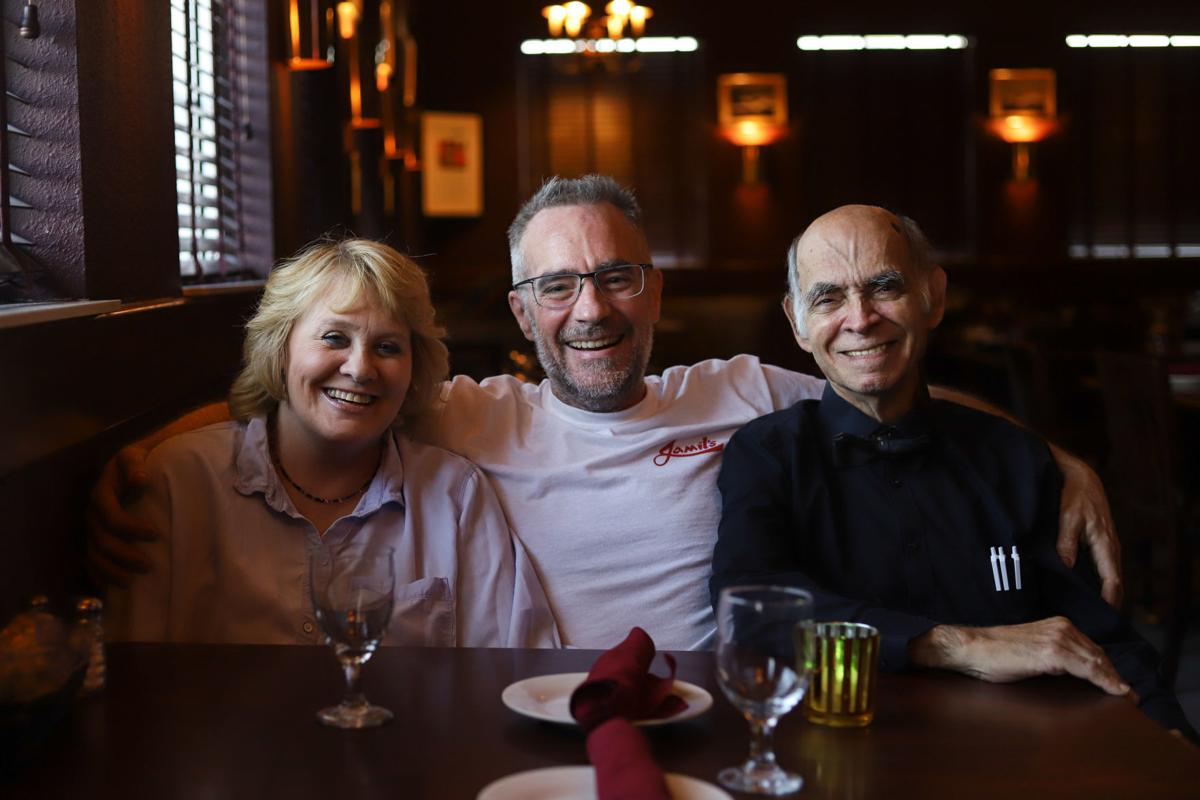 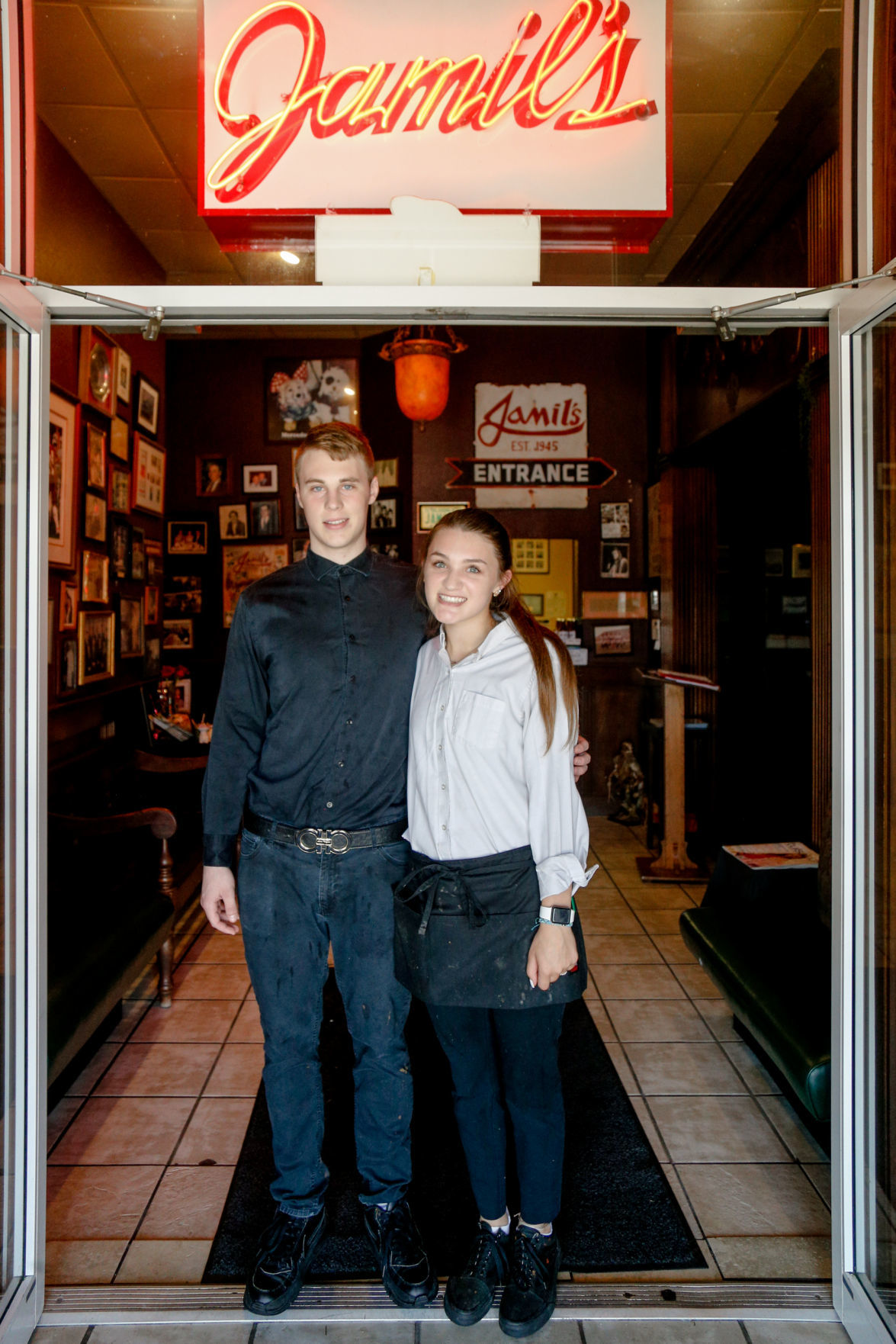 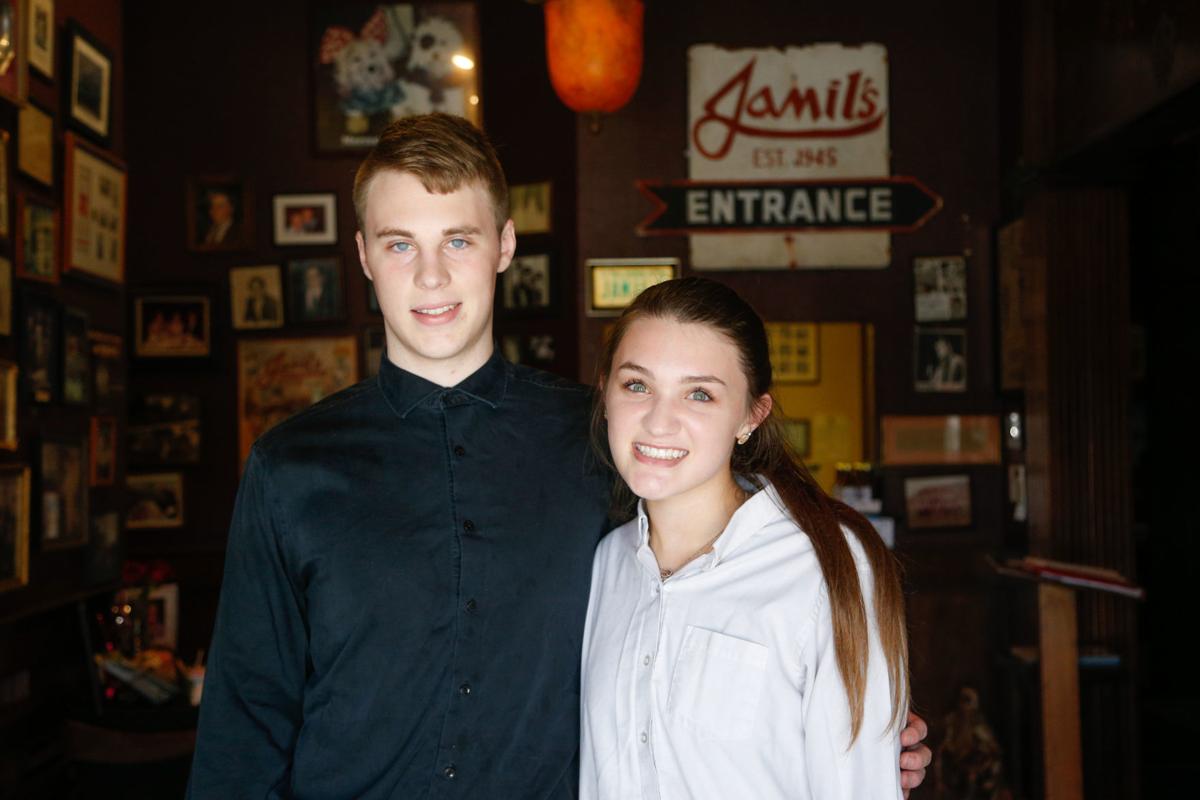 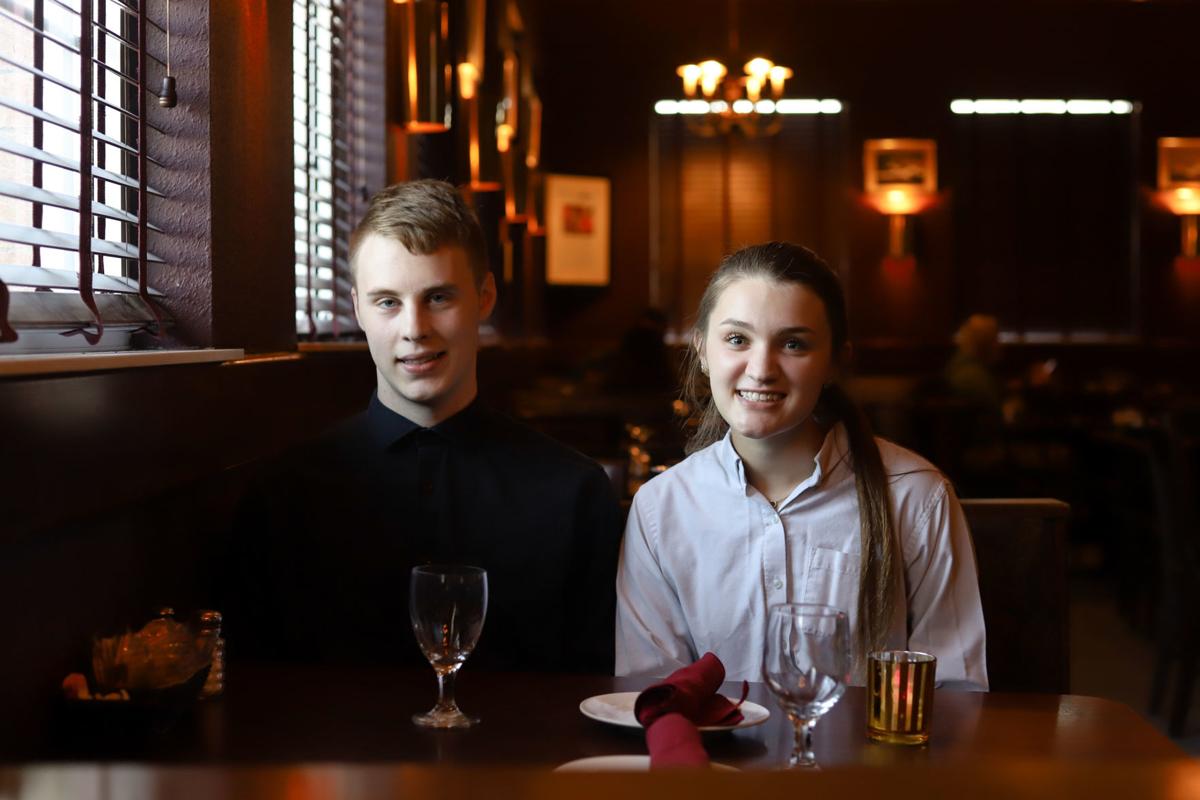 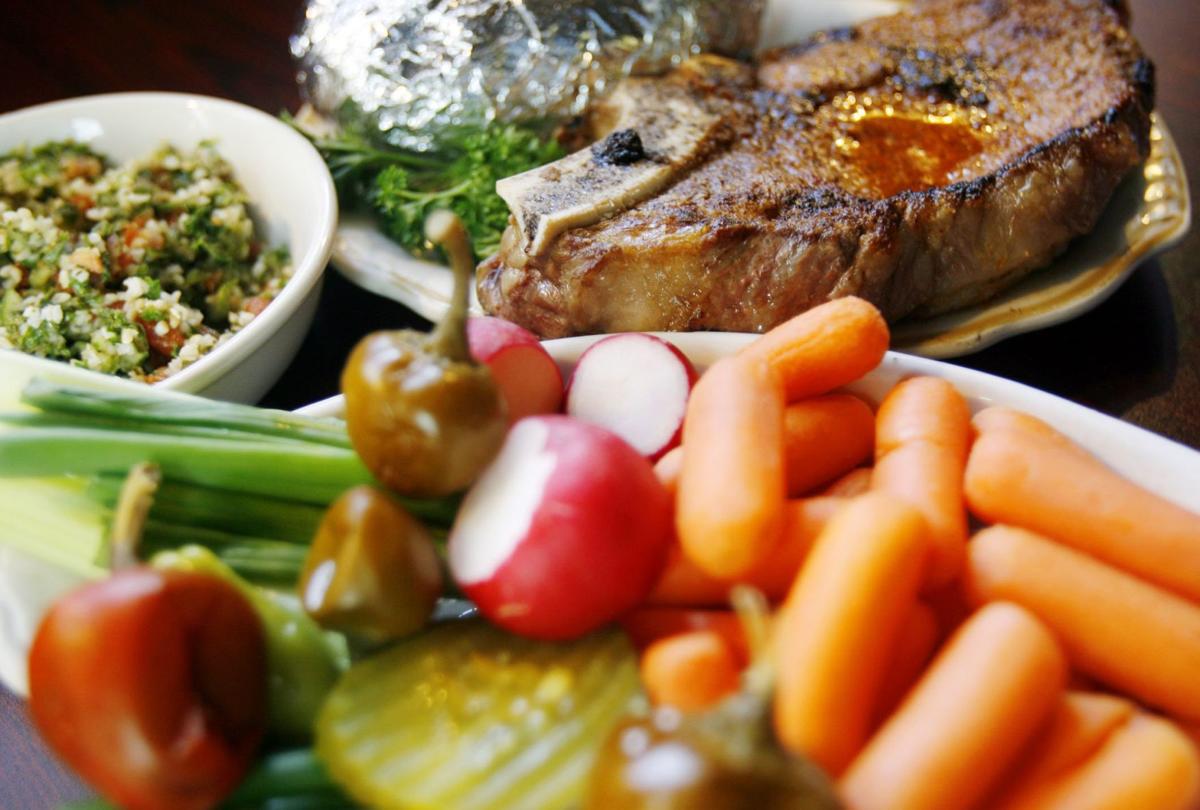 The Delmonico, a 36-ounce, bone-in rib-eye special at Jamil’s, is served here with an array of hors d’oeuvres that come with every entree.

Jamil’s is getting some national attention this month.

The longtime steakhouse has an eight-page spread in this month’s edition of Saveur magazine, titled “The Last Lebanese Steakhouse in Tulsa.”

Saveur features articles about food, wine and travel and specializes in essays about different world cuisines.

Author Naomi Tomky did a good job recounting the history of Lebanese steakhouses in Oklahoma, especially in the Tulsa area, including Freddy’s Bar-B-Q Steak House in Sapulpa and former Tulsa stalwarts Eddy’s and Silver Flame. The latter two closed in 2016.

“I don’t know how the author found us,” said Jamil’s owner Jennifer Alcott. “I think maybe she has friends in Tulsa, but she basically just called out of the blue. She and a photographer spent two days with us. It was interesting.”

Both Barnes & Noble stores were sold out of the magazine as of this writing. It will be available at some point on amazon.com.

At Jamil’s, the hors d’oeuvres include a relish tray with carrots, green onions, celery sticks and radishes; hummus; tabouli; a salad with Italian dressing; a fat, tender cabbage roll; pita bread and a couple of meaty ribs with barbecue sauce.

They are a full dinner for some folks, and it is popular to call in a to-go order for just the hors d’oeuvres.

Jamil’s is known for its succulent steaks. Ounces are not listed on the menu, but they always seem to be big cuts. My favorites are the thick filets and rib-eye and, when it is offered as a special, a monstrous bone-in rib-eye called a Delmonico, a steak made famous by the New York restaurant of the same name more than 100 years ago.

Prices generally are less expensive than the newer steakhouses, running in the $20s and $30s, especially when one figures in the hors d’oeuvres.

It has full bar service and recently added a line of Oklahoma craft beers.

Jamil’s is one of the oldest restaurants still operating in Tulsa. It started when Jim S. “Jamil” Elias moved from Bristow to Tulsa in 1944 to open Jimmy’s Hollywood Club on 11th Street. Two years later, he opened Jamil’s steakhouse at 2705 S. Harvard Ave.

In 1957, he moved the restaurant to 2833 E. 51st St. When Elias died in 1977, a son, Tyrone, took over the restaurant. Tyrone had been operating a Jamil’s in Houston, a brother Michael had one in Dallas and a cousin had one in Oklahoma City.

Tyrone had to move Jamil’s out of its quirky old home — one had to walk through the kitchen area to get to the dining rooms — to its current spot 11 years ago due to Interstate 44 expansion.

Alcott said she recently recovered the old entrance sign, and it is displayed near the hostess stand today.

Tyrone died in 2018, but three generations of the Elias family still are involved in the current operation.

Tyrone’s daughter, Jennifer Alcott, and her husband, John, are the owners. Two of their six children — Jack, 20, and Jenna, 18 — are on staff. Steve Elias, one of Tyrone’s cousins, represents the third generation.

Another of Tyrone’s brothers, Bernard, has been a longtime bartender at Jamil’s and still works on occasion.

“Uncle Steve has been a great help, and the next generation is bringing new energy to the restaurant, too,” Alcott said. “Jack and Jenna really appreciate the history of Jamil’s, and I think they could keep it going for a long time.”

What the Ale: First look at Hop the Griffin, a new south Tulsa brewpub

Hop the Griffin has more than just its own beer. They also have a full bar and a variety of international and U.S. wines and pub food.

The restaurant, now occupying the former Doubleshot Coffee space, got its start as one of the original concepts of the Mother Road Market.

The August edition of Saveur magazine features an eight-page spread on Jamil’s. The article, “The Last Lebanese Steakhouse in Tulsa,” explores the history of Lebanese steakhouses in Oklahoma. MEGAN ROSS/Tulsa World

The Delmonico, a 36-ounce, bone-in rib-eye special at Jamil’s, is served here with an array of hors d’oeuvres that come with every entree.