The newest version of The Bramble Breakfast & Bar rambled into downtown Broken Arrow in late January, and it seems to be a match made in heaven. If not heaven, at least in a former church.

“The first Saturday we officially were open (Feb. 1) we did 600 covers,” executive chef Stephen Lindstrom said. “That outperformed the other two Brambles when they first opened, and it hasn’t slowed a lot since then. We are more than happy.”

The origins of The Bramble go back a little more than five years in the Blue Dome District in downtown Tulsa. It was acquired by a new restaurant partnership, 3 Sirens Restaurant Group, headed by Johnna Hayes, Sara Day and Debra Zinke, in late 2017. In January 2018, the group opened a second Bramble on the Riverwalk in Jenks.

In March of that year, the owners opened Bird & Bottle, a bistro on the back side of Ranch Acres shopping center, and in April, they closed the downtown store. In August, they opened a new Bramble at Sixth Street and Peoria Avenue in the former Phoenix Café building.

It was about that time they also signed a lease to put a Bramble in a former Presbyterian church just a block west of Main Street in Broken Arrow. So Broken Arrow diners had more than a year to anticipate the opening.

The Broken Arrow project slowed slightly when 3 Sirens acquired the Celebrity Restaurant in Tulsa and spent a month refurbishing it.

“It was crazy with all of the projects going on at the same time,” Hayes said. “The Broken Arrow remodel was a big project, but it turned out great. We’ve had such a good reception.”

We recently met a daughter there for lunch. We arrived on the back end of the lunch hour — largely because I was slow getting out of the office and out of downtown Tulsa — and the crowd was beginning to thin.

I ordered bacon bourbon pancakes ($11) because in a previous review I said I someday would return for those pancakes. Promise kept. We also ordered the veggie omelet with chicken ($15) and the breakfast burrito with queso ($13).

I received two monstrous pancakes that filled a plate. They were topped with chunks of smoky, house-cured bacon and spiced pecans and came with a metal syrup dispenser filled with hot, thick bourbon maple syrup. It was delicious but so filling I had to take half home for breakfast the next day.

The burrito also was large and smothered in a good queso. It was loaded with mojo pork and also included scrambled eggs, breakfast potatoes and cotija cheese.

The veggie omelet — need I say it was large? — was filled with chunks of tender chicken, spinach, tomatoes, red onion and feta cheese.

The burrito and omelet were items I had not previously seen on a Bramble menu. Hayes said other new dishes include chilaquiles and curried ancient grain salad.

“The chilaquiles have been very popular, and the ancient grain salad is another good option for vegan customers,” Hayes said.

In addition to vegan dishes, Bramble also offers a variety of gluten-free items.

Dishes I have had in the past and can heartily recommend are the Cuban dip sandwich ($11) and the Monte Carlo Benedict ($13).

It seems everyone has avocado toast these days, and The Bramble has a good one with avocado, tomato, red onion and wheat toast with a cucumber salad with red wine vinaigrette.

I haven’t had the khachapuri ($11) since Bramble first opened, but I’m still fond of it. It includes a loaf of bread with a well in the middle filled with a melted three-cheese blend and topped with baked runny eggs. The idea is to pull off pieces of bread and dip them into the egg-cheese mixture. It goes great with one of Bramble’s specialty mimosas. Trust me.

The main dining room is expansive and includes a large circular bar (“The largest in Broken Arrow,” Hayes said.). Ceilings are tall enough to allow for a loft dining area with five tables and a television.

A pleasant-looking courtyard is ready for customers when the weather warms.

The Bramble in Broken Arrow

The Reserve at Grogg’s Green Barn

The Chamber at the Tulsa Club

Vista at the Boathouse

Sandos Rockin' Deli & Provisions opened a few weeks ago in the space that formerly was home to Poke Bowl Love.

What the Ale: 'Oklahoma Beer: A Handcrafted History' tells story of beer in Sooner State

"Oklahoma Beer: A Handcrafted History" by Brian Welzbacher tells stories about the pioneers in beer in our state.

The new Adventurefuls Cookie is a brownie-inspired cookie with a caramel-flavored crème filling and a hint of sea salt.

Kitchen 27, the restaurant space inside the Philbrook Museum of Art, will host a unique meal of foods from around the world, overseen by globe-trotting Tulsa chef Shannon Smith.

This list of the 10 best restaurants is based strictly on new restaurants that were reviewed during the calendar year of 2021.

Stars in our eyes: The best restaurants in Tulsa for the past 18 years

So many nacho possibilities...

The menu for Little Venice delivers on its promise to be "as Italian as it can be" with lighter, northern style dishes. "We won’t have pastas smothered with the big, heavy sauces," owner Walter Munaretto had said.

The popular gourmet ice cream shop started out in The Boxyard complex but now there's two new locations to try. 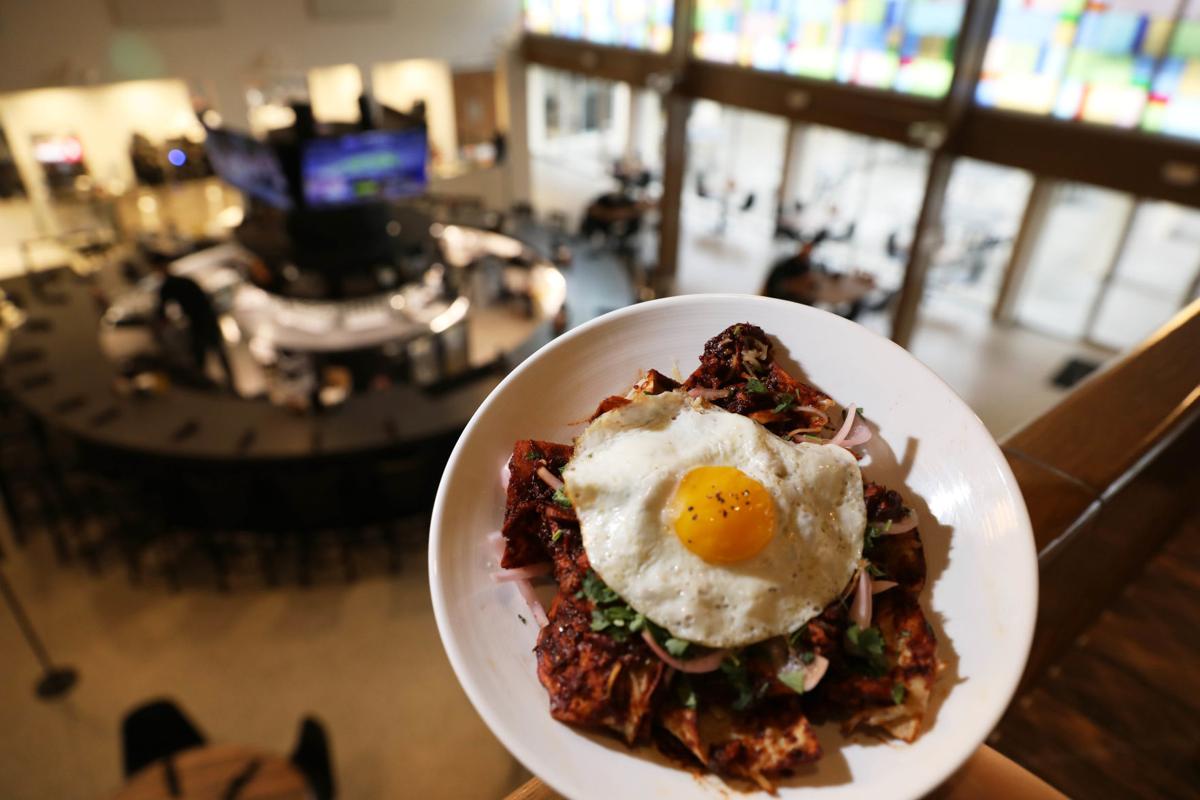 Gluten-free chilaquiles with tortilla chips, rojo chicken, cotija cheese, pickled onion, cilantro and a fried egg is a new dish at The Bramble in Broken Arrow. 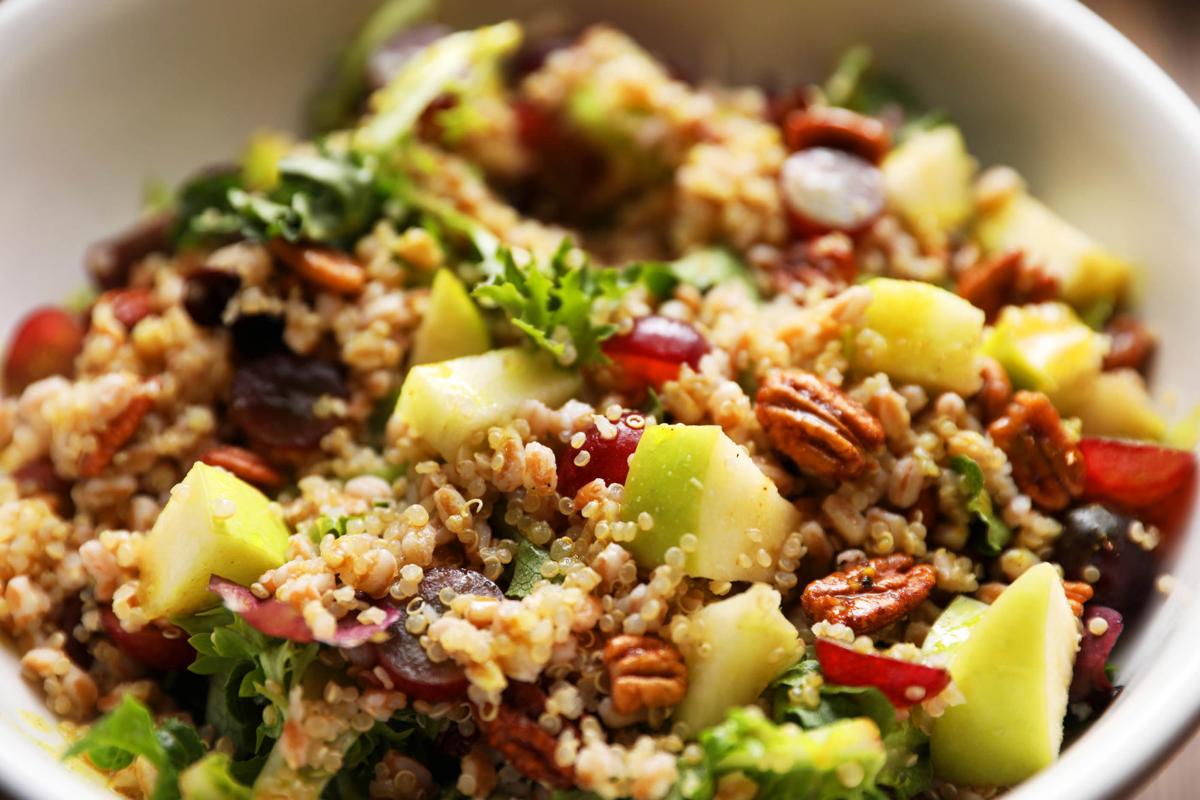 Curried ancient grain salad is a new vegan dish with quinoa, farro, grapes, apples, pecans, celery and greens with a curry vinaigrette at The Bramble in Broken Arrow. 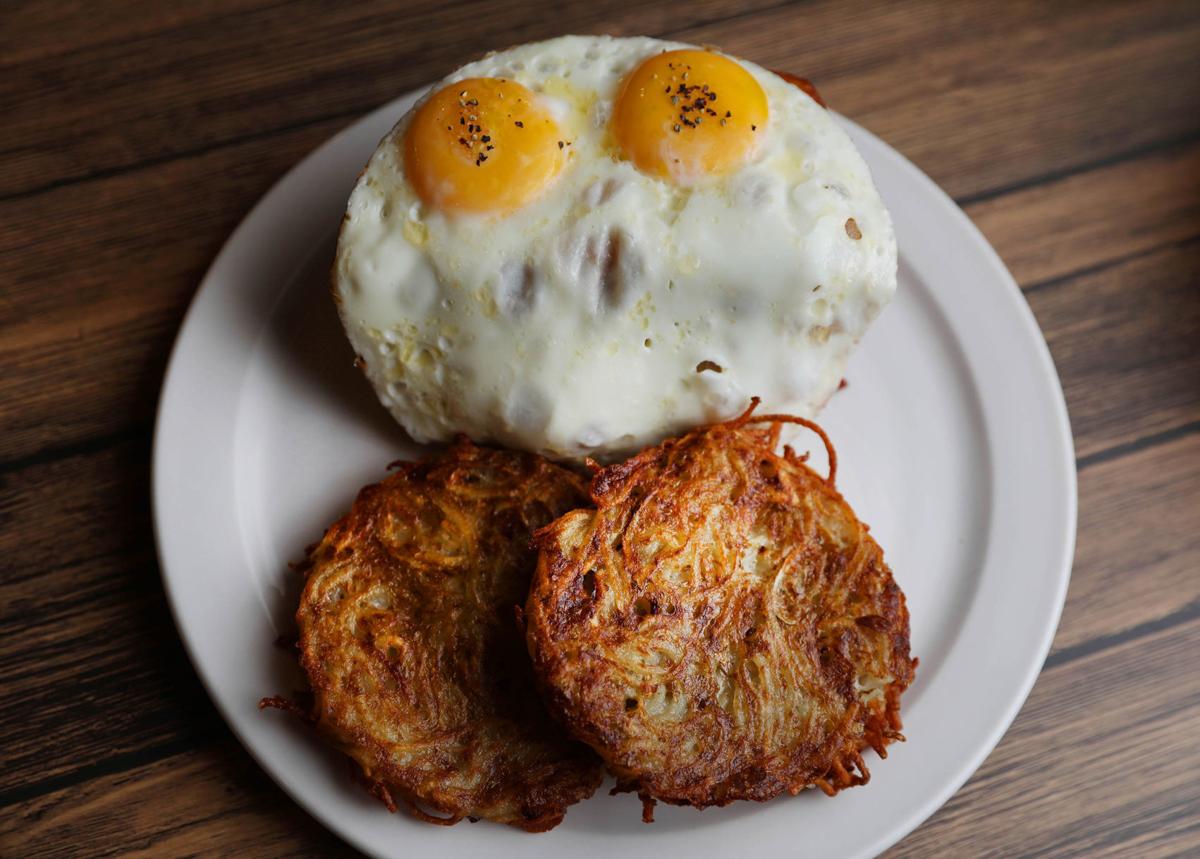 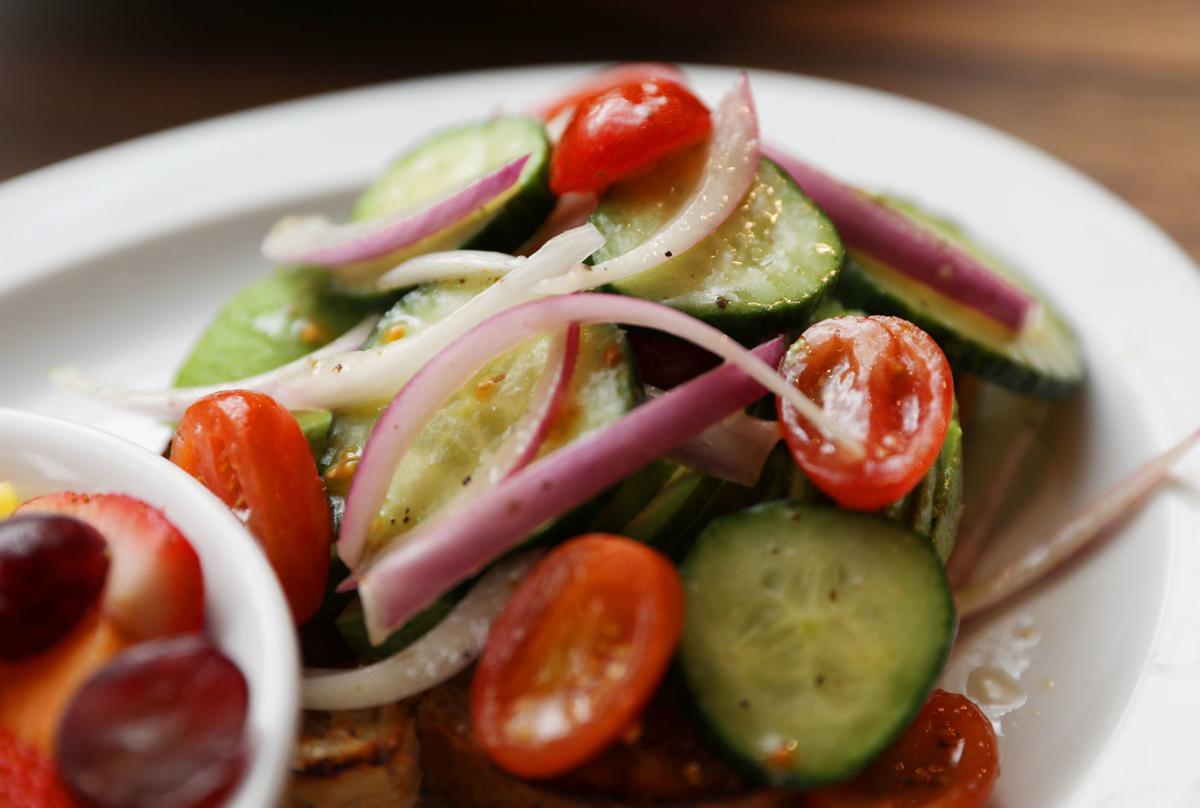 Avocado toast at The Bramble is prepared with avocado, tomato and red onion on wheat toast. 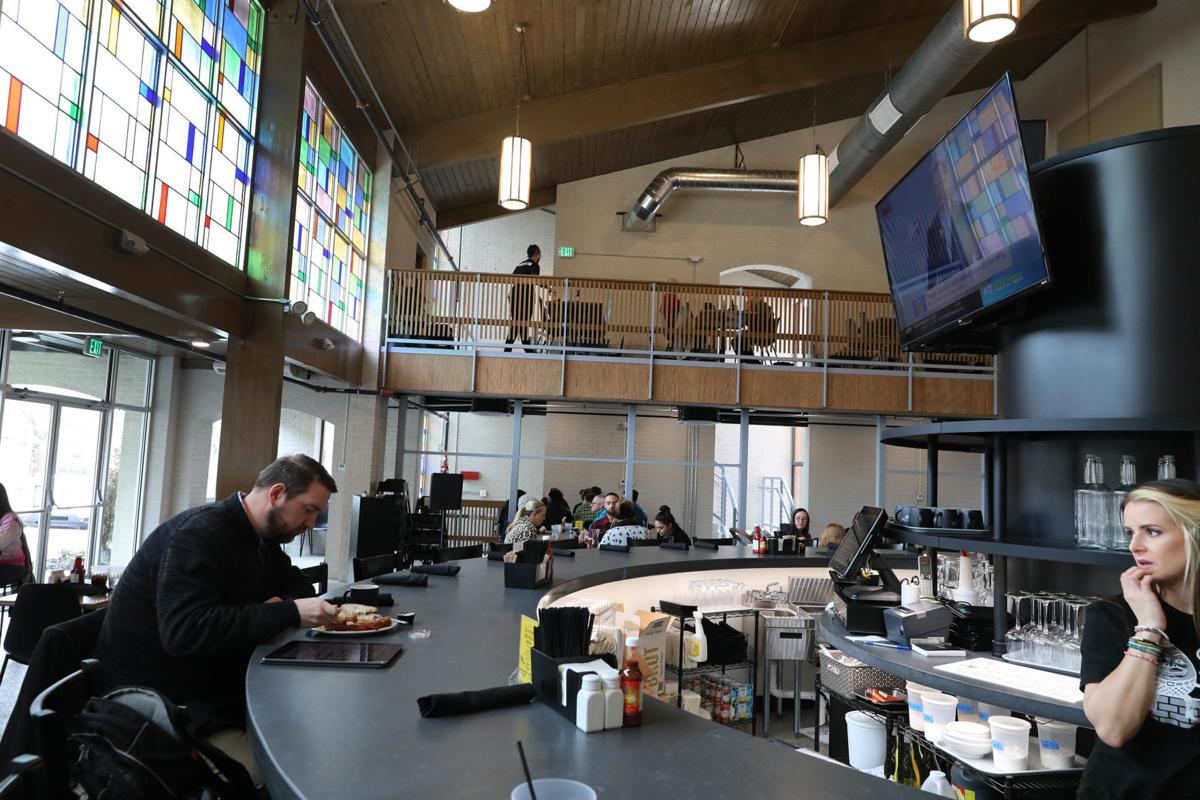 The dining areas include a first-floor circular bar and balcony seating with five tables at The Bramble in Broken Arrow. TOM GILBERT/Tulsa World 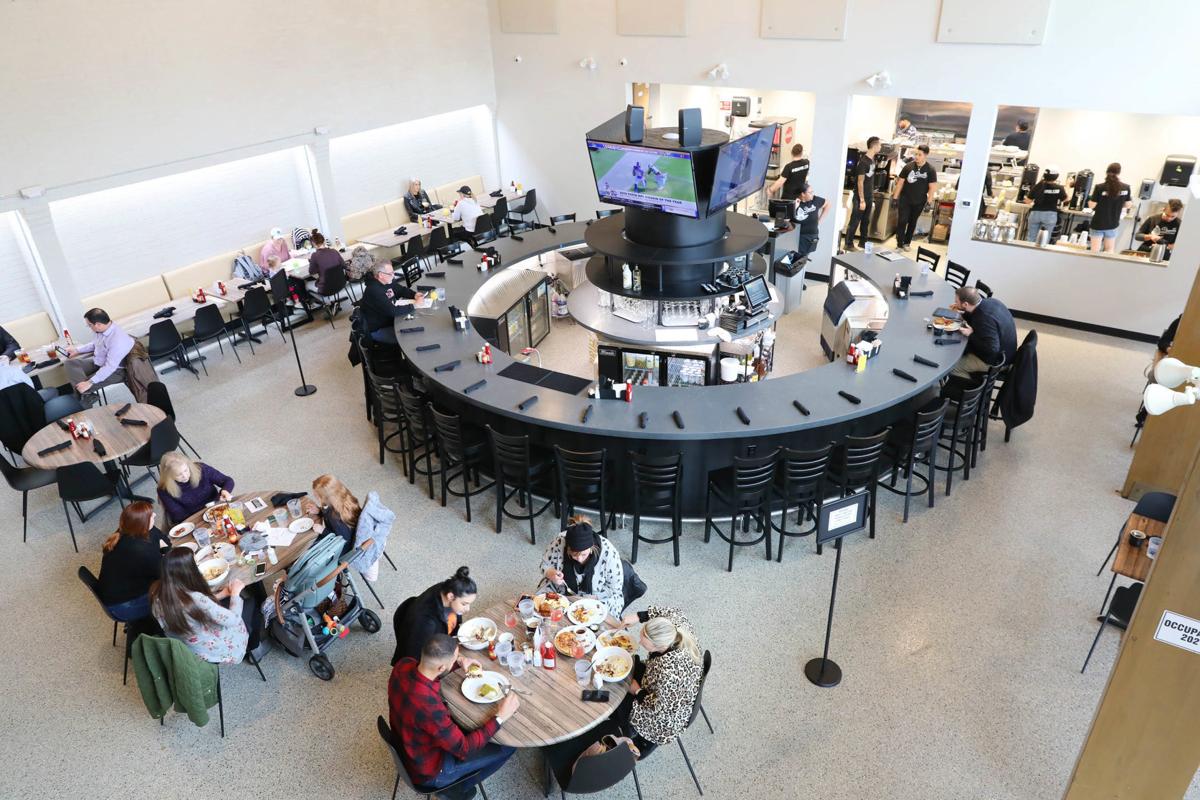 The large, circular bar is seen from the balcony dining area at The Bramble in downtown Broken Arrow. TOM GILBERT/Tulsa World 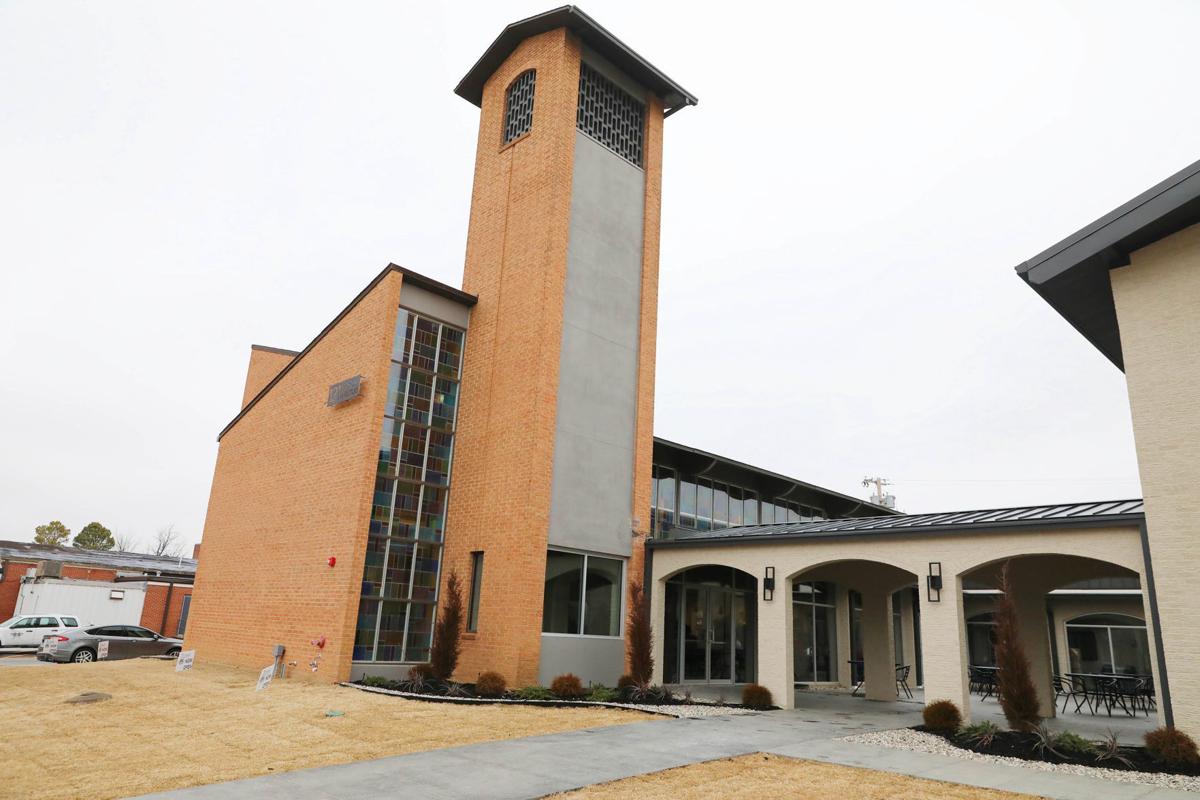 The Bramble Breakfast & Bar is in a former Presbyterian church in downtown Broken Arrow at 121 W. College St.