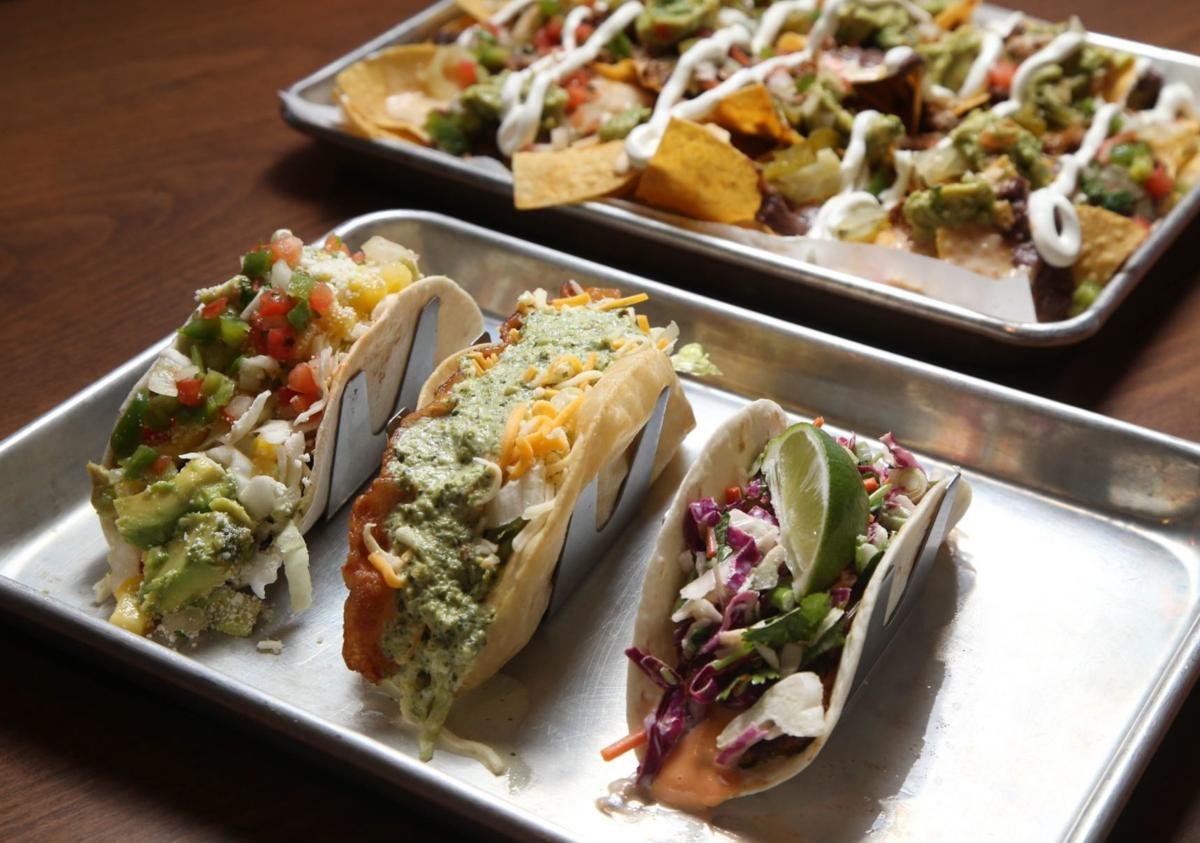 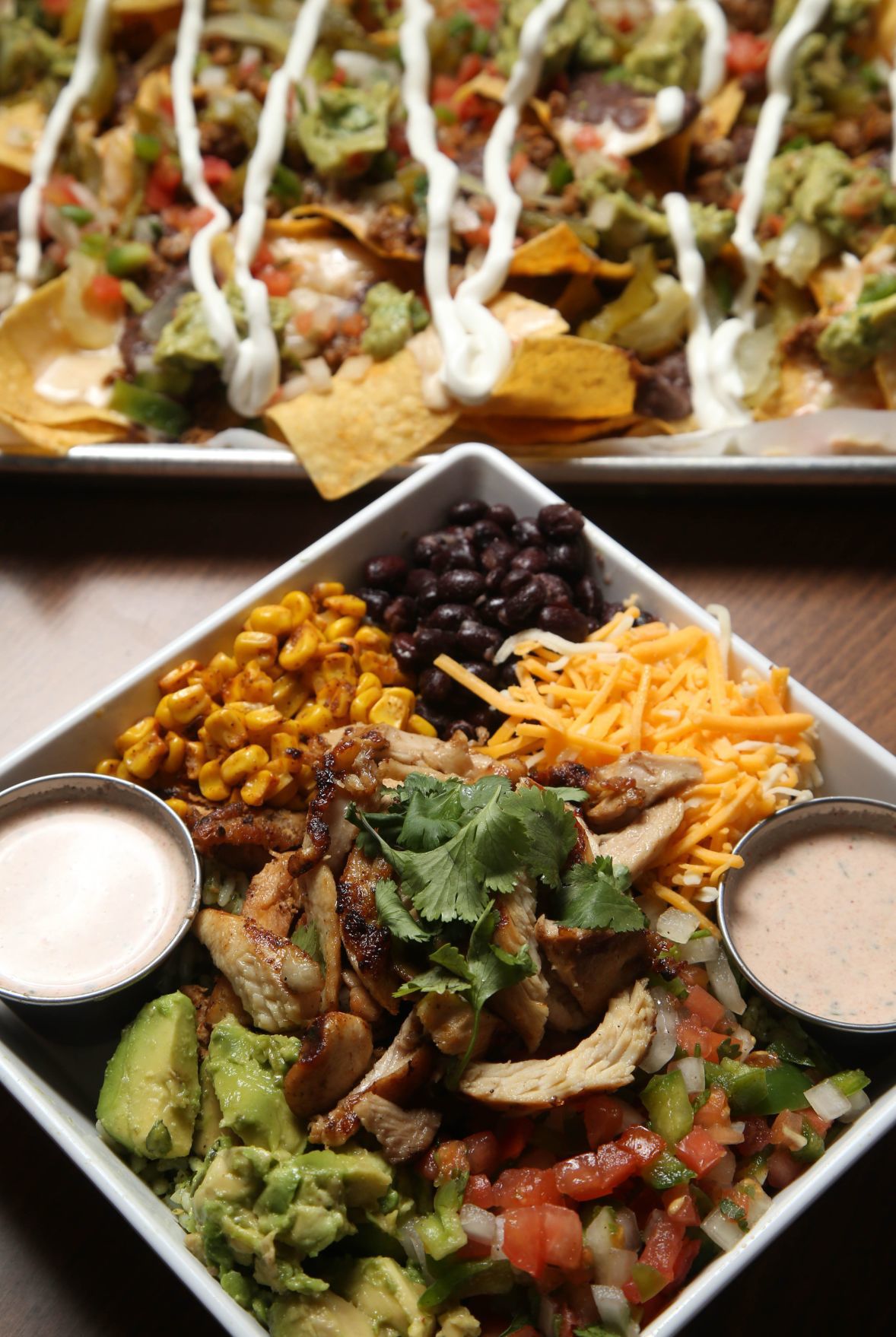 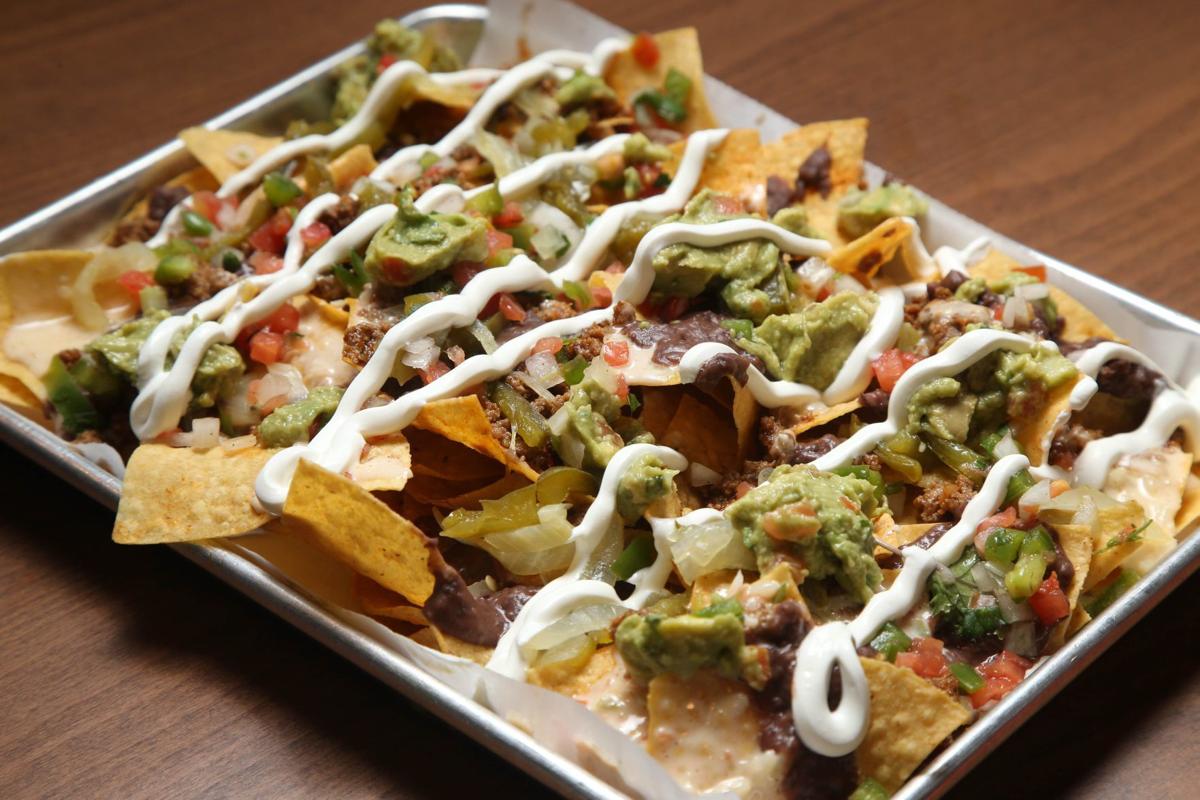 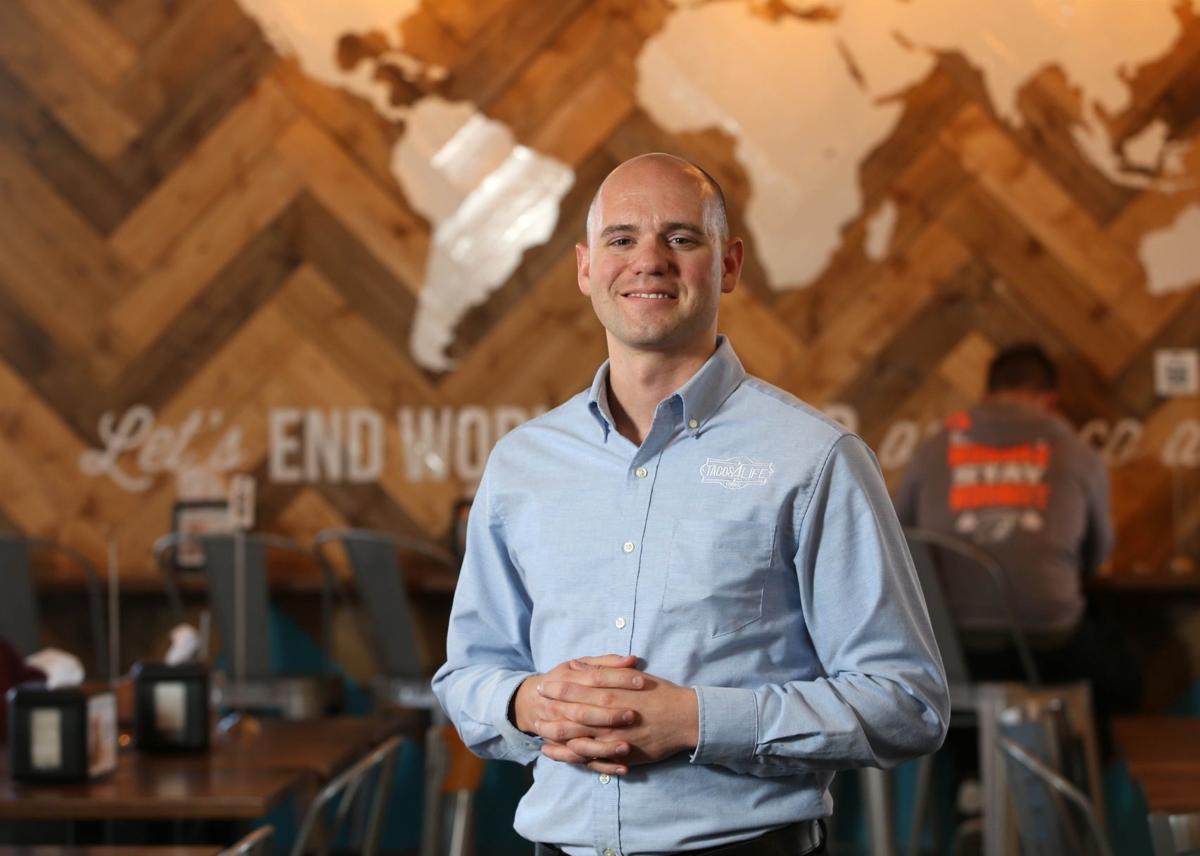 Daniel Hastings and his wife, Molly, are the store leaders at the new Tacos 4 Life on South Memorial Drive. MATT BARNARD/Tulsa World 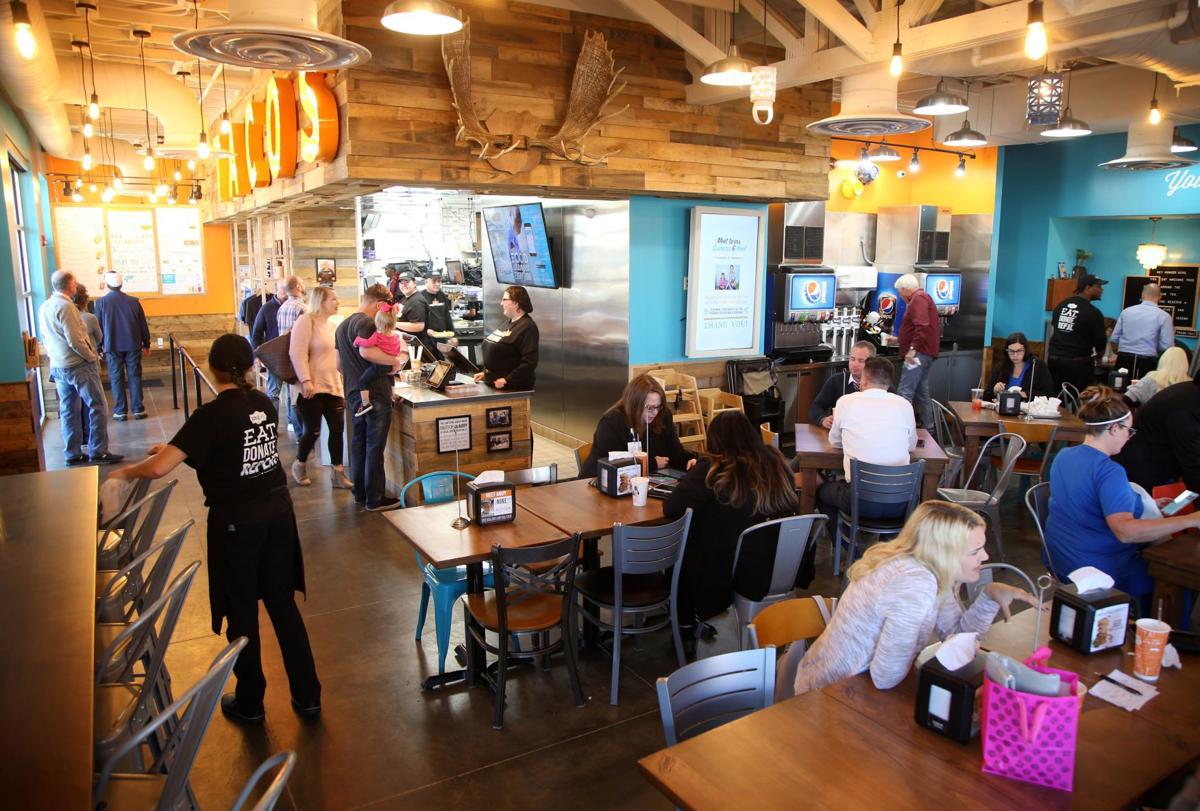 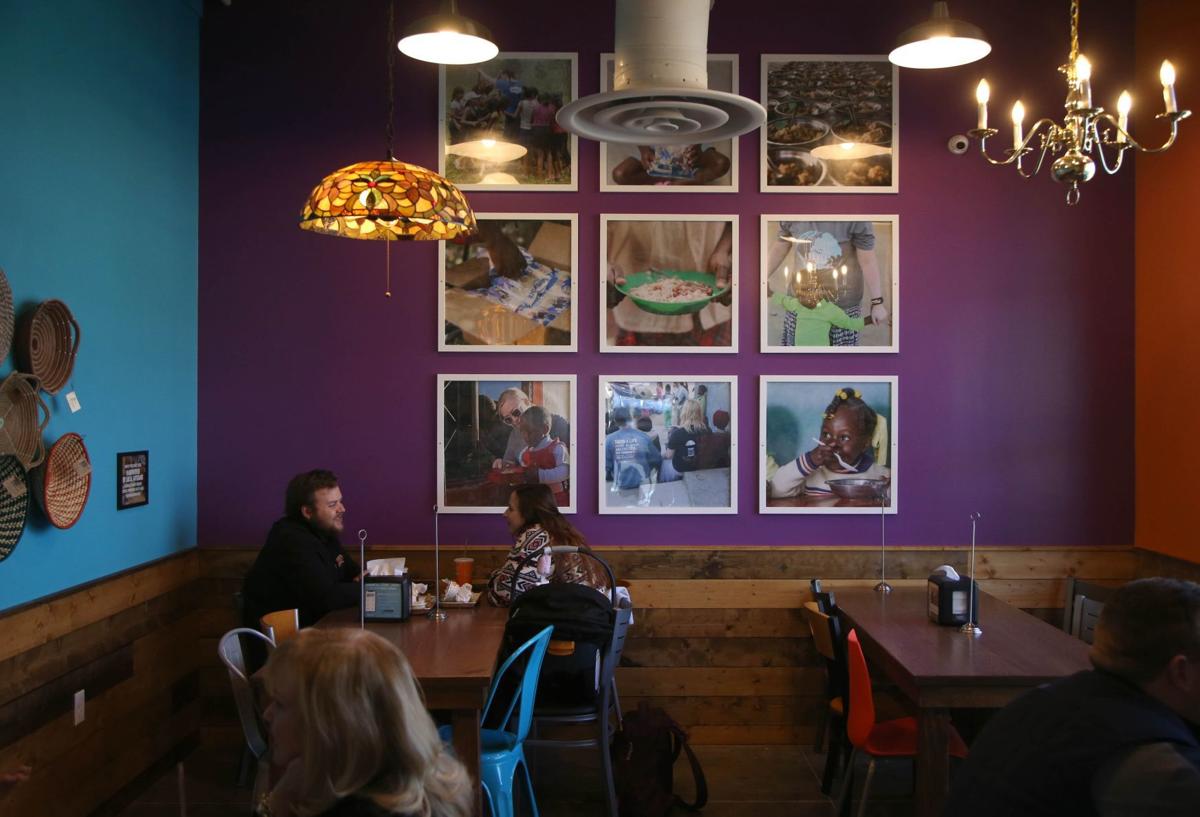 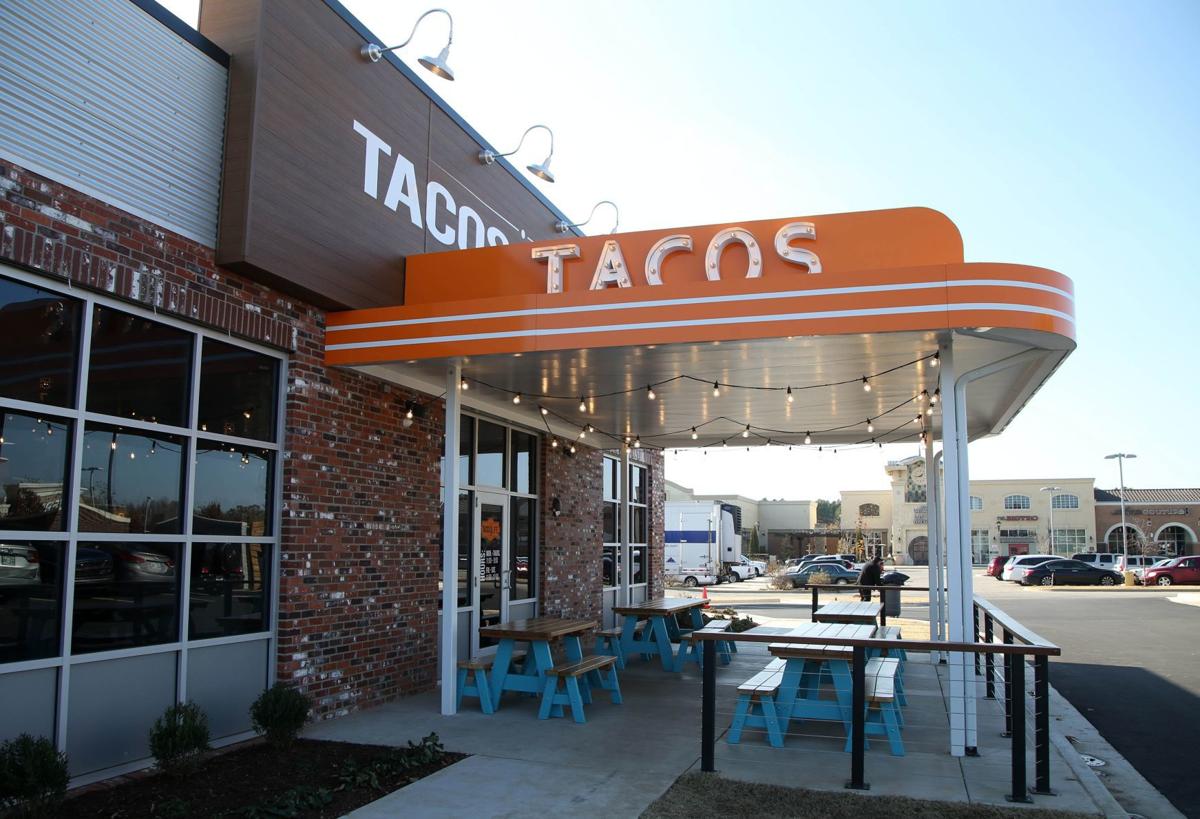 The new Tacos 4 Life is located in a stand-alone building at 107th Street and Memorial Drive. MATT BARNARD/Tulsa World

Daniel Hastings and his wife, Molly, are the store leaders at the new Tacos 4 Life on South Memorial Drive. MATT BARNARD/Tulsa World

The new Tacos 4 Life is located in a stand-alone building at 107th Street and Memorial Drive. MATT BARNARD/Tulsa World

Daniel Hastings said he and his wife, Molly, were attracted to Tacos 4 Life restaurants from the get-go.

“When I was in grad school studying business, we had seen Tacos 4 Life on Instagram,” Hastings said recently. “We loved what it stood for, and we wanted to be part of it. We believed in what they were doing.”

For every taco, quesadilla, salad, nachos or rice bowl sold, Tacos 4 Life donates 24 cents to Feed My Starving Children. The Arkansas-based chain says 24 cents is equivalent to the cost of one meal for a hungry child. Earlier this year, Tacos 4 Life reached the 10 million meals raised milestone.

Tacos 4 Life opened a store in south Tulsa in October. It was the 16th store in the chain and the first in Oklahoma.

“We started with Tacos 4 Life after we graduated from college two-and-one-half years ago,” store leader Daniel Hastings said. “We lived in the Fayetteville-Springdale area and ran the store in Springdale.

“We got a lot of customers from Tulsa and had a good idea about what it would look like if we moved here. I think the community has jumped on board with our mission.”

We went by recently for a late dinner. The restaurant was busy but not crowded. Take note: Tacos 4 Life can be packed during peak dining hours and even into the early afternoon.

One may order a la carte or go for a meal, which includes two sizable tacos and a side. Tacos may be mixed or matched on the meals, and we decided to mix to sample more tacos.

We ordered a beef and grilled chicken taco meal ($8.17) and a chicken bacon ranch and carnitas taco meal ($8.90), with a house salad and refried black beans on the side.

Of the four, I thought the carnitas had the most interesting and distinctive flavor, likely from the cumin cooked with the slow-roasted pork. It was topped with queso, cilantro and lots of cabbage and chopped green onion on a puffy flour tortilla.

The beef and grilled chicken were safe and tasty selections. The beef was prepared with lettuce, sour cream, pico de gallo and cheddar Jack cheese on a puffy flour tortilla.

The grilled chicken had a bit of a smoky flavor and was made with queso, lettuce, sour cream and pico de gallo on a puffy flour tortilla.

Diners also may choose a different tortilla than the ones listed with each menu item. Choices include crunchy corn, steamed corn, soft flour and puffy flour. Lettuce shells are another option.

The refried black beans were mashed and almost soupy. They were topped with a dollop of a spicy chipotle sour cream and cotija cheese.

Beverage choices include soft drinks, teas, Mexican sodas, children’s punch and a Paradise punch. We tried the Paradise ($2.89), and it was sweet and fruity.

“We will eventually introduce limited-time specials, but probably not until the spring,” Hastings said.

Meals are served on metal trays, and each taco has its own metal holder. Diners place their orders upon arrival and take a number to their tables.

Though Tacos 4 Life does not have table service, the young man who took our order, Quin, was engaging and helpful in making our decisions.

Both during our dinner and at the interview and photo shoot, I saw many families with children of all ages.

The colorful room is filled with booths and tables with mix-and-match chairs. It was decorated with moose horns, wheels and hubcaps and a collection of world maps that make a circular light fixture in the middle of the room. Ceiling lights look like upside-down metal baskets, and they were created by an artist in Haiti.

A barn door leads to a private room with four six-top tables.

In addition to Tulsa, Tacos 4 Life also has locations in Arkansas, Texas, North Carolina and Tennessee.