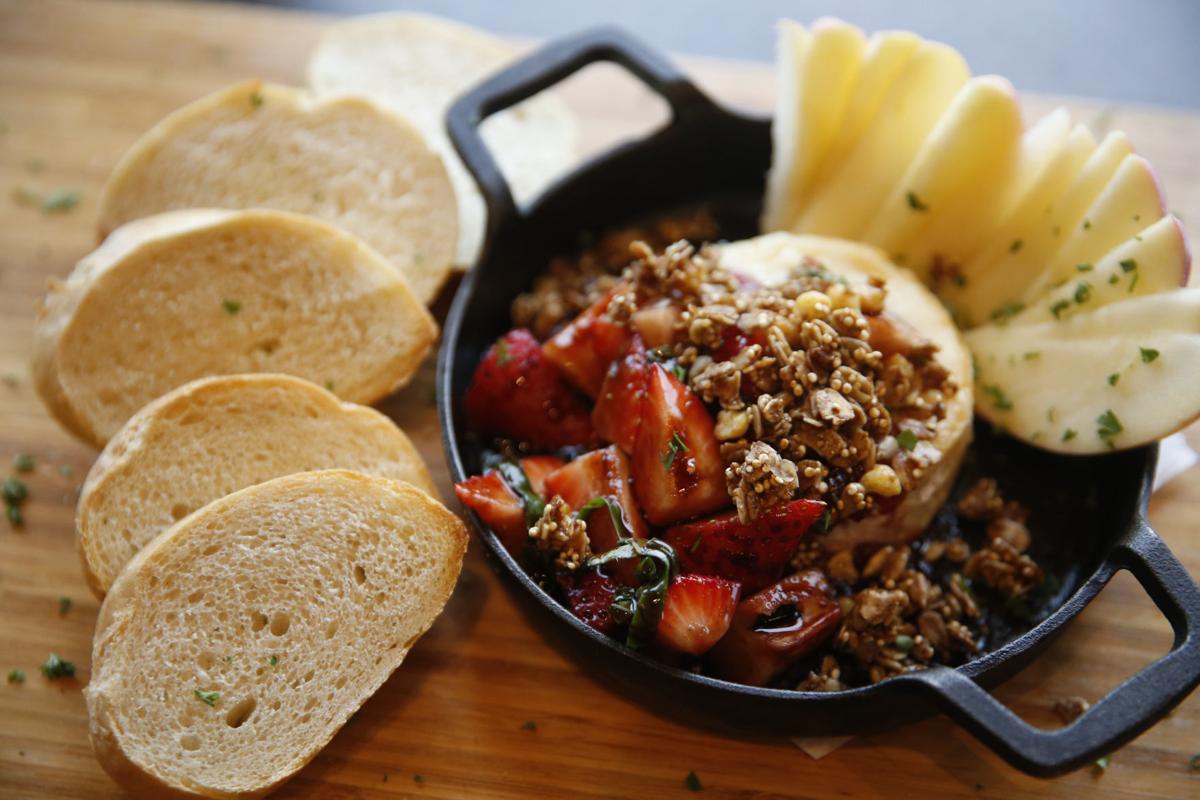 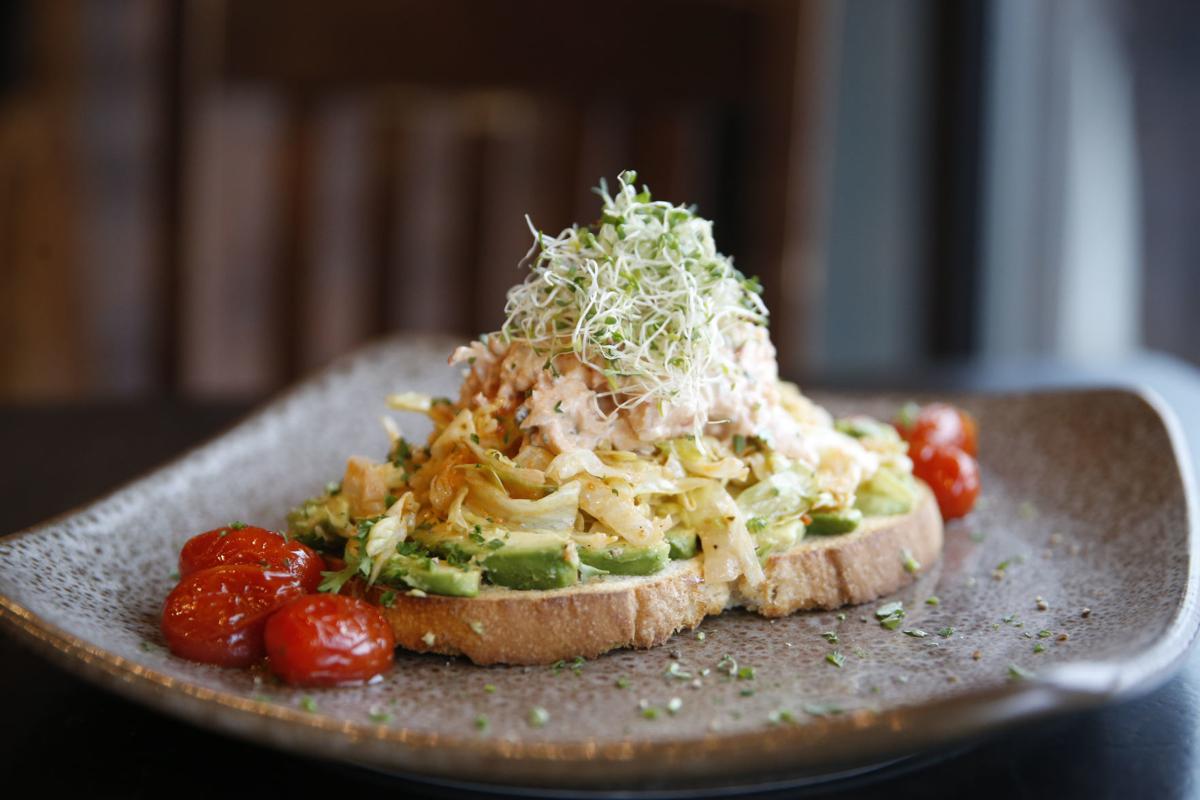 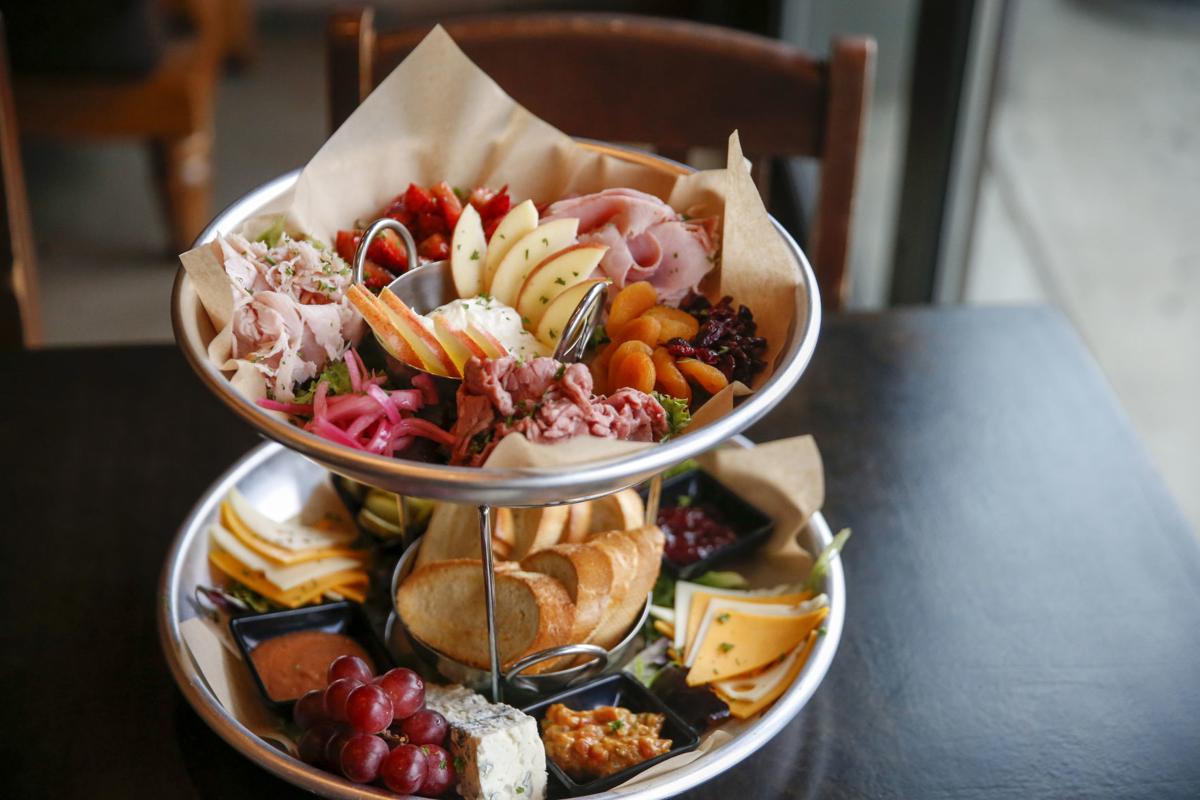 The Tower is a new sharable appetizer that includes a selection of cheeses, meats, fruits, vegetables, crostini and spreads. IAN MAULE/Tulsa World 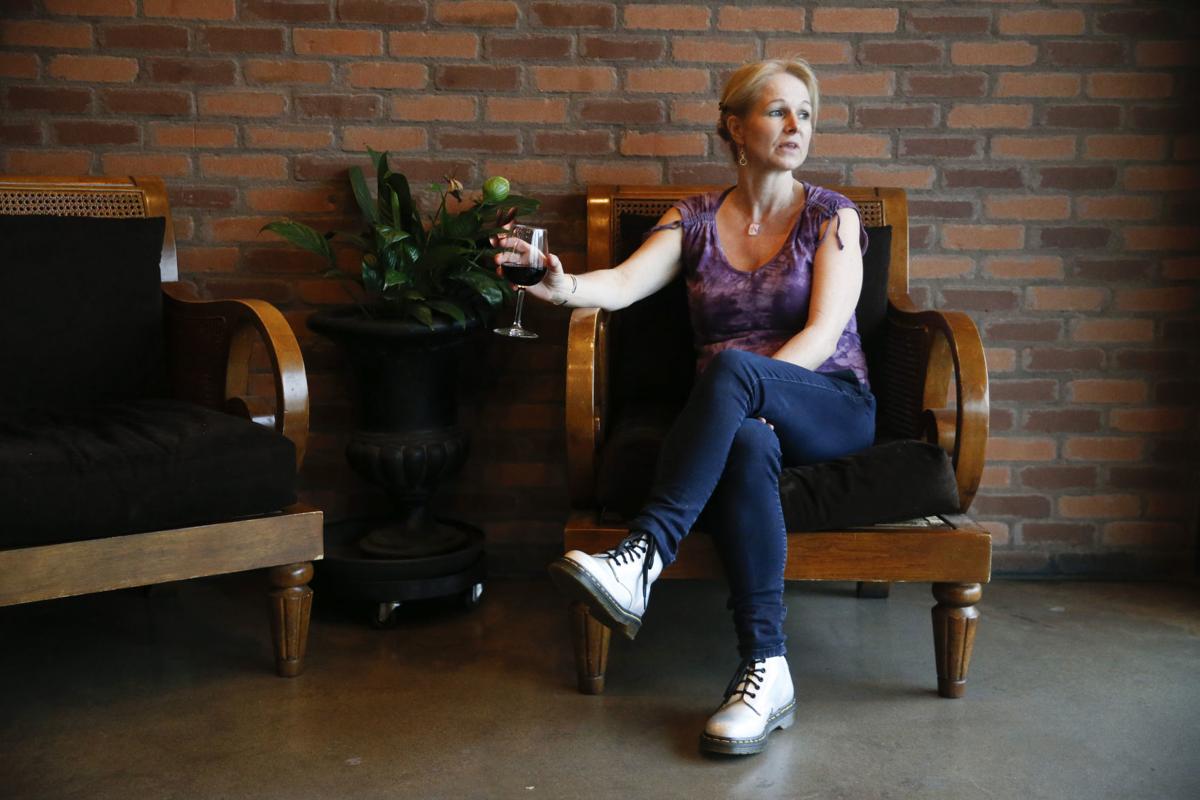 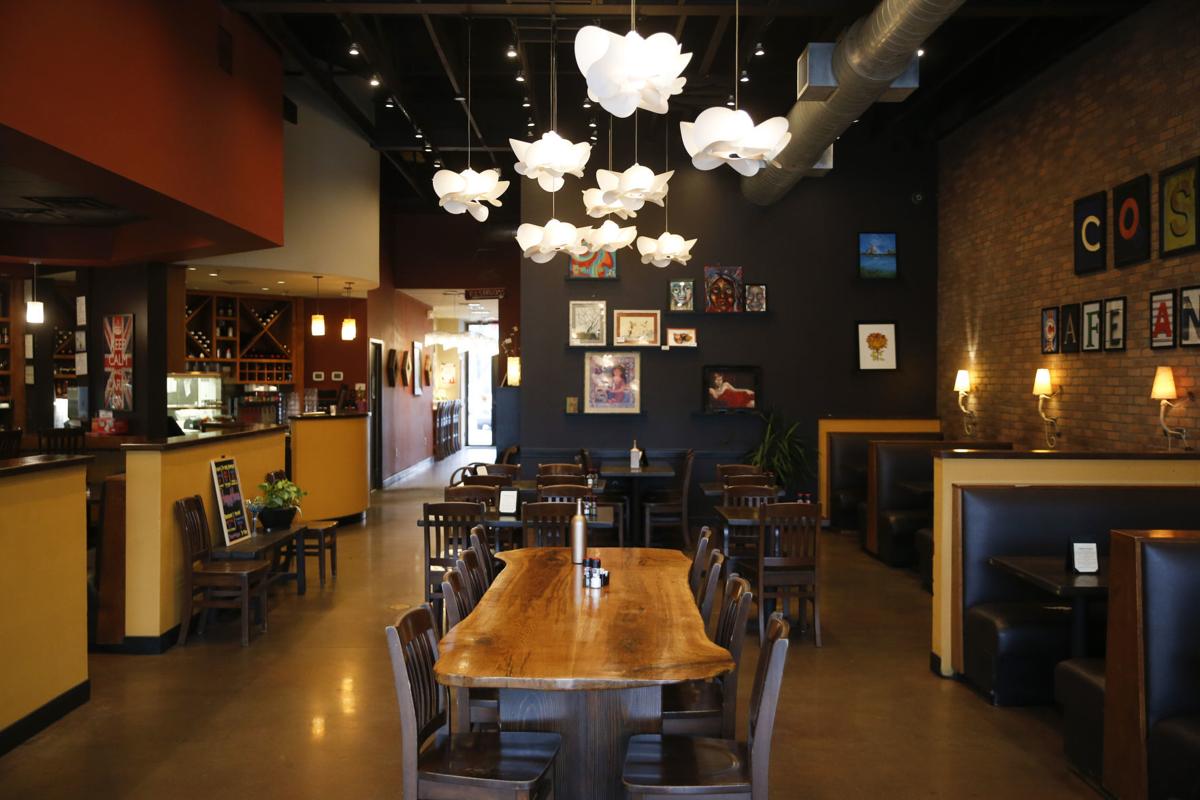 The Cosmo Cafe dining room has a modern look with works by local artists decorating the walls. Light fixtures and other decorations are made from recycled materials. IAN MAULE/Tulsa World

The Tower is a new sharable appetizer that includes a selection of cheeses, meats, fruits, vegetables, crostini and spreads. IAN MAULE/Tulsa World

The Cosmo Cafe dining room has a modern look with works by local artists decorating the walls. Light fixtures and other decorations are made from recycled materials. IAN MAULE/Tulsa World

Cosmo Café & Bar is a mere shadow of its old self, and owner-chef Miranda Kaiser says that is a good thing.

“We pared down the menu big time,” she said recently. “The menu was too long, it had too many choices to make and it had too many dishes that weren’t selling. I wanted a two-page menu that was easy to read and filled with things I like the most.”

Considering that Kaiser added at least seven new dishes, it illustrates even more how much of the old menu is gone.

“You always have people get mad when you drop something from the menu, but in most cases, we still can make that dish, or something close to it, with the ingredients we have in the kitchen,” she said.

The food isn’t the only thing that has undergone a makeover. When Kaiser and husband Phil first opened Cosmo at 67th Street and Memorial Drive in 2004, it had 13 versions of the Cosmopolitan cocktail.

“We are moving much more toward wine now,” Kaiser said. “I knew we had to take a look at our wine program and see what we could do. I am very opposed to the $12 glass of wine. There are so many wines out there now that give you a big bang for the buck.”

New menu, new wines. That was more than enough to have us hustling over to Cosmo Café to take a look.

A number of the old favorites still are featured on the new menu, items such as turkey and avocado sandwich, egg salad sandwich, vegan chili, meatloaf panini, coconut Thai curry soup and more. Vegan and gluten-free items still are featured, too. But we were there this time to give some of the new stuff a try.

The new dishes did not disappoint.

I was told to keep the napkins handy if I ordered the bulgogi sandwich ($13), and, boy, was that good advice. An interesting sauce that had some spiciness to it and a romaine slaw likely were the main culprits, but it seemed as though everything kept sliding out.

The sandwich also included marinated sirloin, provolone cheese, pickles and tomato on a soft Kaiser roll, and it was delicious.

What we didn’t know was the new Cosmo burger ($13) was about as messy. It included a beef-and-lamb patty with romaine slaw, spicy ketchup and provolone cheese. The flavor was reminiscent of a gyros sandwich, and it was very good.

Another big winner was the baked Brie, dubbed Baked Brie & Friends ($13). Creamy baked Brie cheese was served with apples, grapes, balsamic strawberries, ginger granola, fig-cranberry relish and slices of toasted baguette. The “friends” were perfect, and a bit of habanero in the relish gave it a little zing.

I did not order the new avocado toast ($12), but I got a taste of it at our interview and photo shoot. Toasted sourdough bread was topped with a generous serving of mashed avocado, roasted red peppers, greens, roasted tomatoes and mound of shrimp and crab Louie. It was an outstanding combination.

“A lot of avocado toast isn’t avocadoey enough for me, so I made it the way I like it,” Kaiser said. “And I always loved the shrimp Louie at Da’ Boat, and I’ve missed it so much.”

Some longtime diners might recall Da’ Boat, located at 81st Street and Lewis Avenue in the early 2000s. Diners sat at a long U-shaped bar, and it was a festive place to eat and make new friends. It was owned by Michelle and Howard Smith. Sandy and Howard Smith founded S&J Oyster Bar, Pablo’s, Ma Bell’s, J.P. Souza’s, Bianca’s and Rhode Island Red’s, among others.

Those dining at Cosmo Café with friends might want to share The Tower ($20), stacked trays of a variety of goodies that include cheeses, meats, fruits, vegetables, crostini and spreads.

“I always like to see groups of people sharing food,” Kaiser said. “That’s how it is supposed to be.”

“I am so proud of them,” Kaiser said. “They are doing great.”

Cosmo Café moved from its south Tulsa location to Brookside in 2010. It has a contemporary look in colors of black and dark cinnamon, and many of the light fixtures and decorations are made from recycled materials. The enclosed patio can open to the sidewalk in good weather.

Miranda Kaiser met Phil, a native Tulsan, in Jerusalem. He was serving in the Israeli army, and she was visiting from England. Before relocating to Tulsa, they operated an internet café and coffee house for several years.

“It was mostly a bar, with a staff and customers from all over the world,” Miranda said.

She said she has devoted much of her time the past five years to her other restaurant, Laffa Medi-Eastern Restaurant & Bar in the Tulsa Arts District.

“It was just time to give Cosmo some updating,” Kaiser said. “Cosmo will always be my baby.”