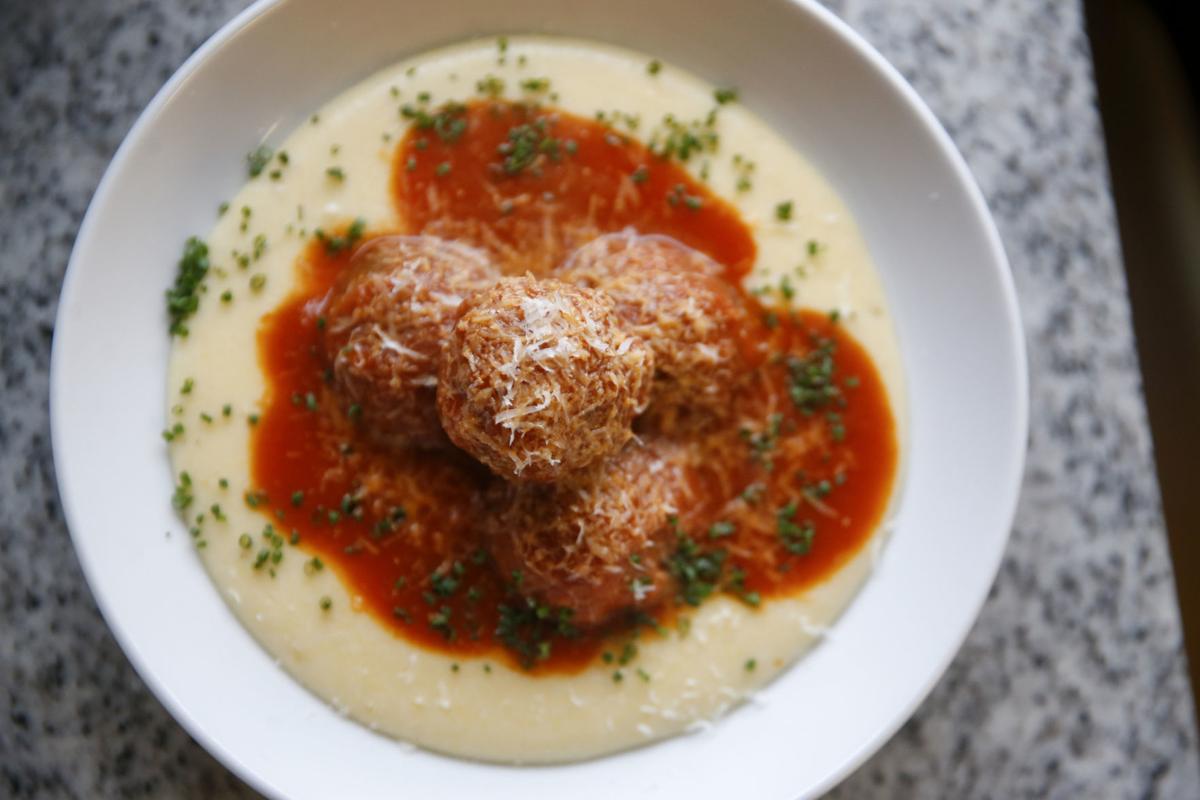 Meatballs and polenta with pomodoro sauce and a sprinkling of Parmigiano Reggiano is among the appetizers at Levain Kitchen & Bakery. IAN MAULE/Tulsa World 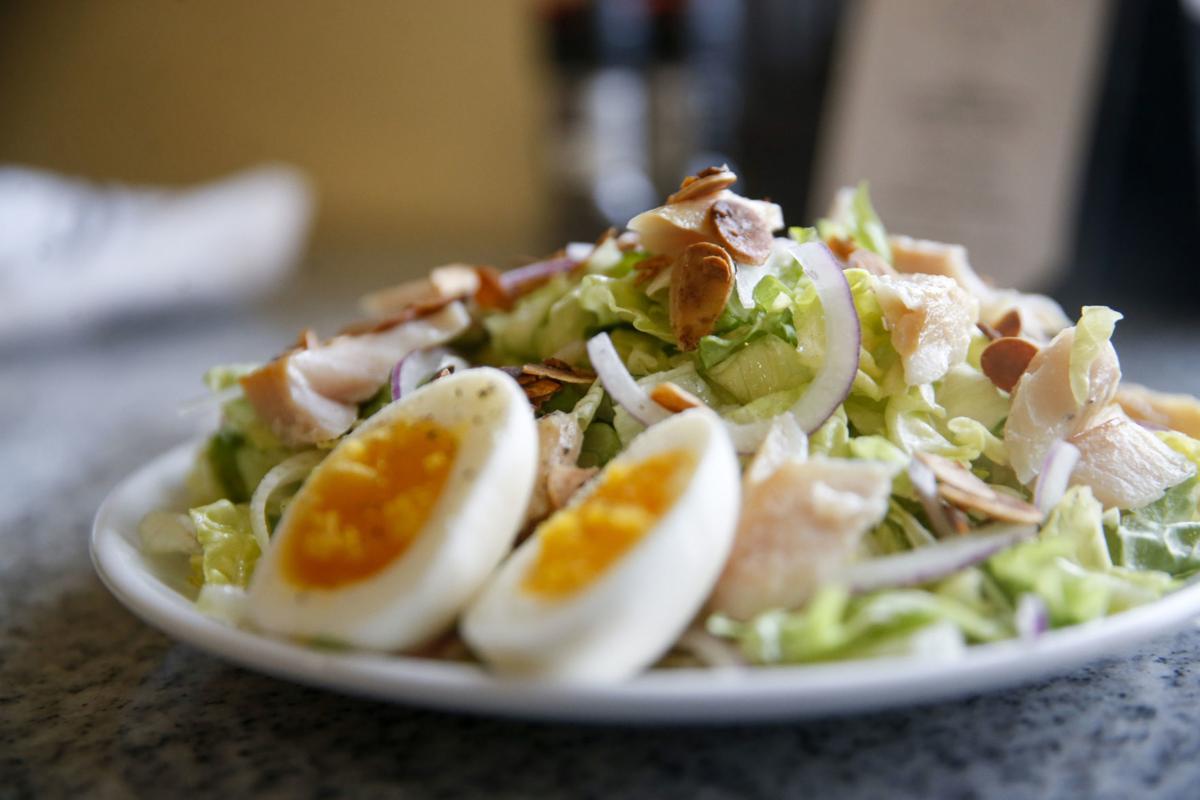 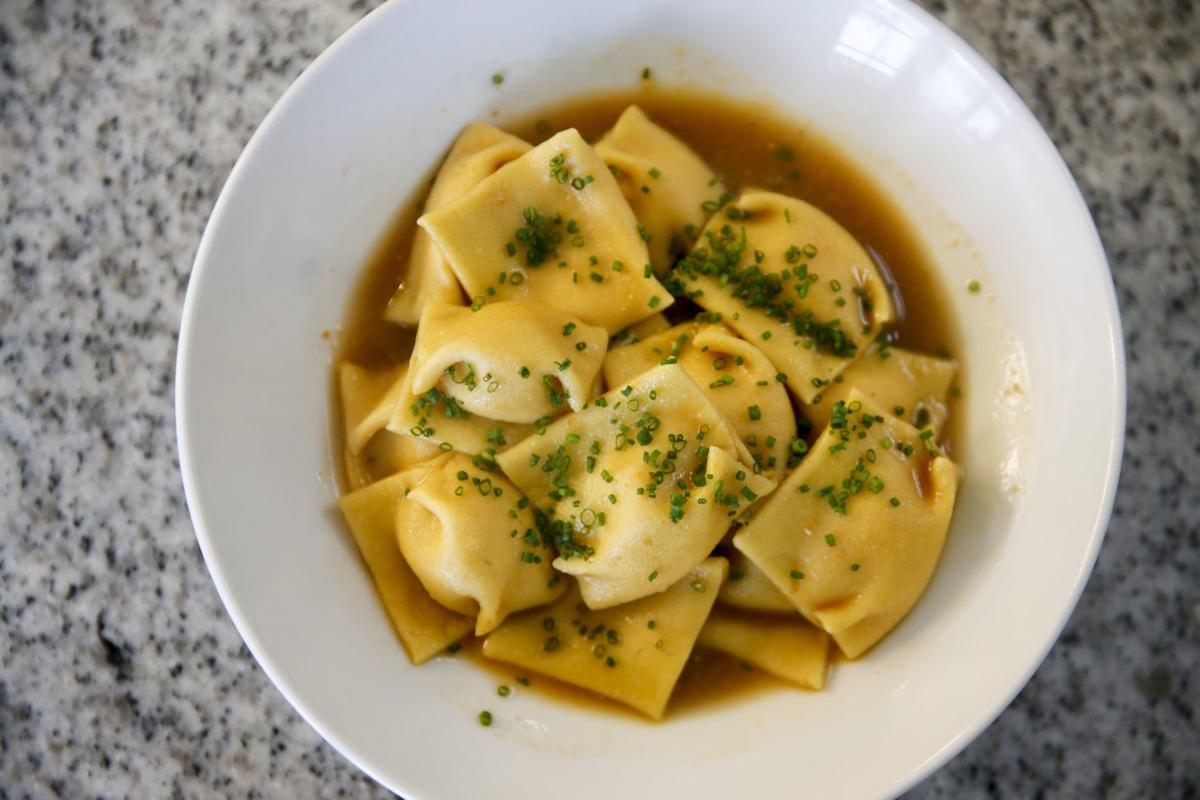 Agnolotti with a roast carrot and Brie cheese filling is an off-menu special most nights at Levain Kitchen & Bakery. IAN MAULE/Tulsa World 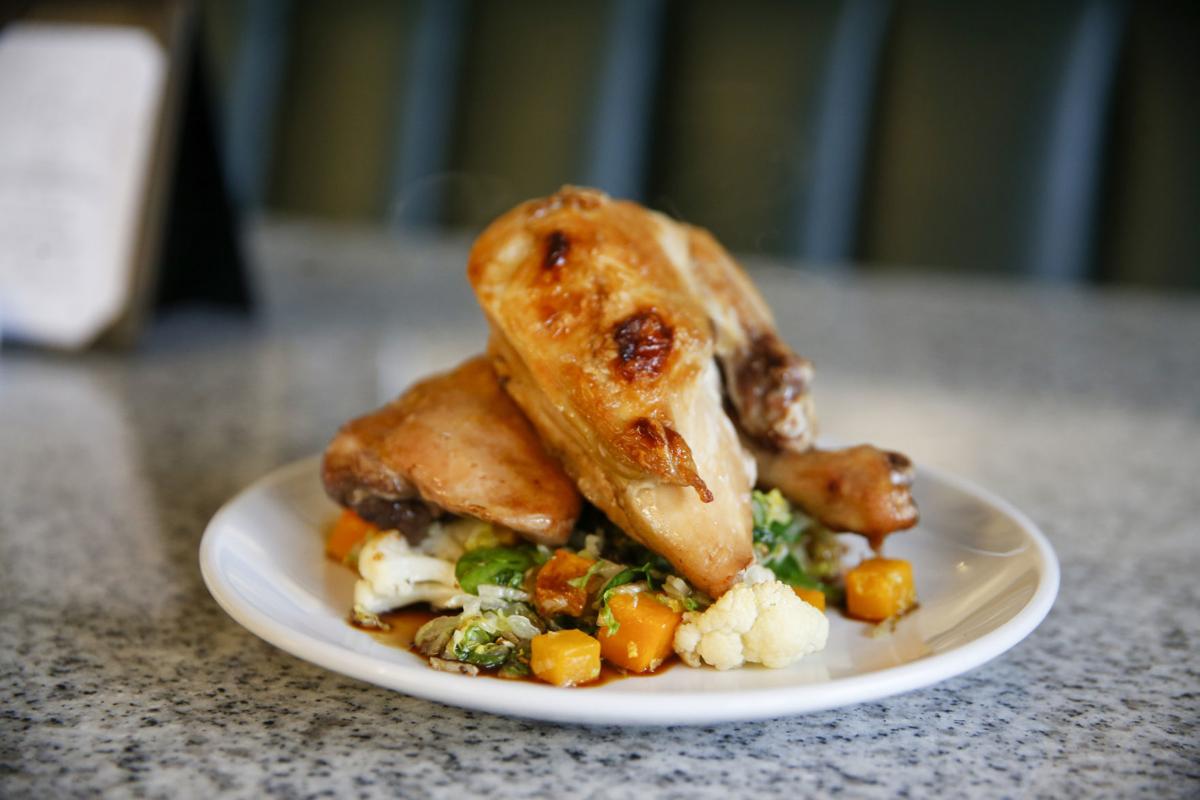 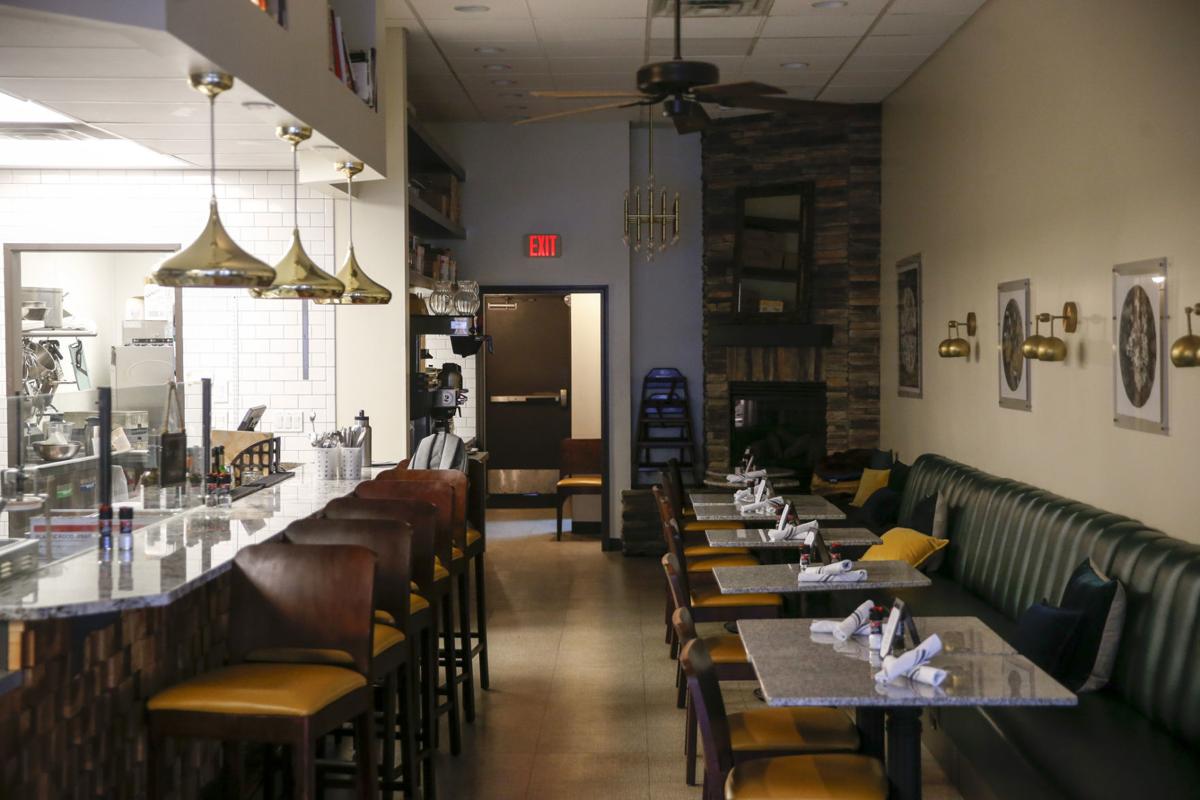 Much of the seating in the shotgun space at Levain Kitchen & Bakery is along a wall banquette. IAN MAULE/Tulsa World 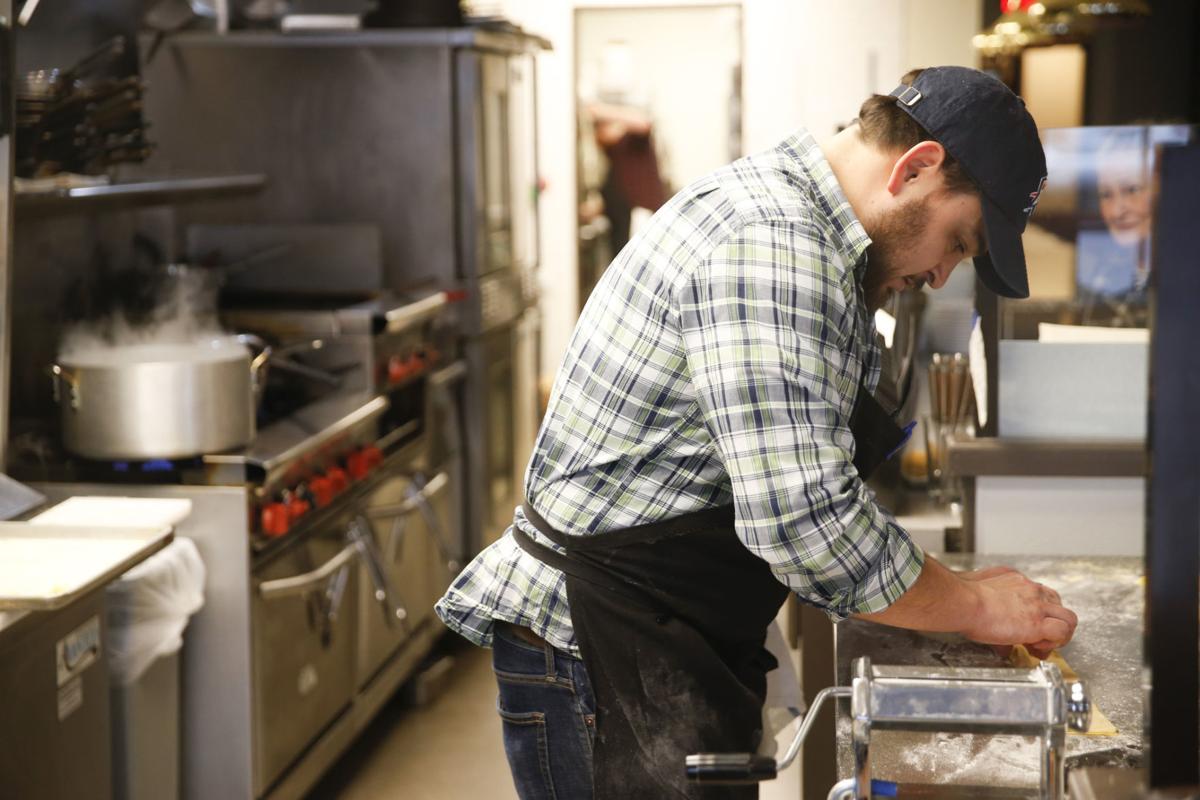 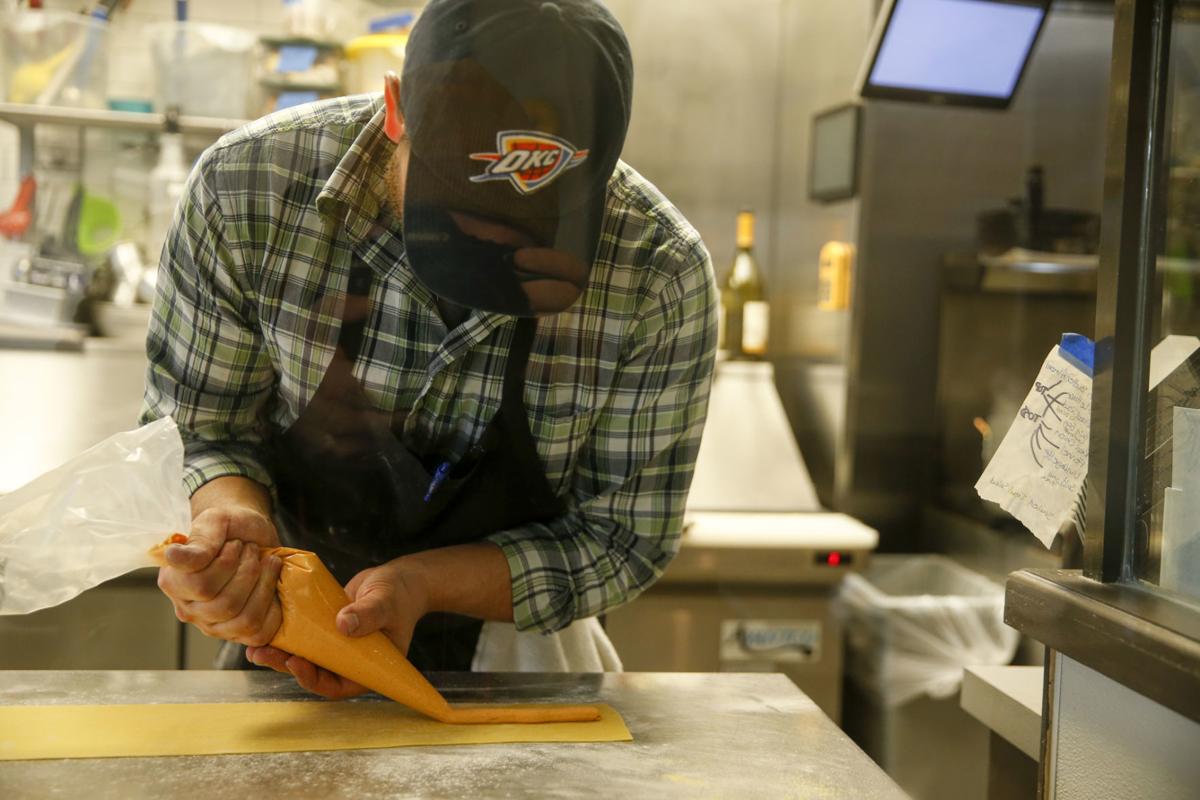 Meatballs and polenta with pomodoro sauce and a sprinkling of Parmigiano Reggiano is among the appetizers at Levain Kitchen & Bakery. IAN MAULE/Tulsa World

Agnolotti with a roast carrot and Brie cheese filling is an off-menu special most nights at Levain Kitchen & Bakery. IAN MAULE/Tulsa World

Much of the seating in the shotgun space at Levain Kitchen & Bakery is along a wall banquette. IAN MAULE/Tulsa World

I admit I am not the most enthusiastic spokesman on the virtues of Brussels sprouts. I endure them at home because my wife says they are good for me and I better eat them or else.

While I had my back turned, my wife recently ordered Brussels sprouts ($8.50) as a sharable side dish for dinner at Levain Kitchen & Bakery.

My admiration for this dish started with an unusually pleasing aroma, and the flavor followed. The tender Brussels sprouts had been cooked with almonds and red cabbage, and the blend was intoxicating.

We also shared a couple of appetizers, butternut squash soup ($5) and a “warm” salad ($10). The salad was warm and large enough to be a main dish. It included a tasty mix of small cubes of butternut squash, sautéed mushrooms, lettuce, quinoa, red onion and just a touch of bacon.

The butternut squash soup, always a winter favorite, was thick and flavorful.

The previous three items would be enough for us for dinner on most nights, but we soldiered on with two entrees — gnocchi ($16) and lamb sausage ($18).

The small dumplings in the gnocchi were cooked with cauliflower, cabbage, brown butter, butternut squash and crimini mushrooms. This was a vegetarian dish full of flavor.

I had wanted the lamb ribs appetizer, but it had sold out that night. So I had lamb on my mind, which likely is why I ordered the lamb sausage over the pork schnitzel, which also had caught my eye.

Two sizable links of lamb sausage were served over a mound of warm quinoa, cabbage and butternut squash. It was topped with a yogurt sauce that gave the flavor of the dish a Middle Eastern slant.

We went on a Wednesday night, which is pizza night. We had heard good things about the pizzas. Levain offers two pizzas on those nights, one a vegetarian, and we likely will try a pizza on a future visit.

We haven’t even touched on our favorite dinner dish at Levain, which I assumed wasn’t available pizza nights. Agnolotti is an off-menu special most nights and sells out quickly.

We watched chef-proprietor Trey Winkle prepare his agnolotti when we visited for a photo shoot. Agnolotti are like small ravioli and may be stuffed with a variety of items. Winkle made his with a roasted carrot and Brie cheese filling that only can be described as heavenly.

A children’s dinner menu includes a choice of gnocchi, cheeseburger with fries or grilled cheese with fries for $8 each.

Levain opened as a breakfast-brunch spot in late 2017 and dabbled in wine dinners and other special dinners for a while. We had not been there since Winkle started offering regular nightly dinners a few months ago.

“We wanted to offer something a little different and more robust at night and still have wholesome, approachable, hand-made food,” Winkle said recently. “It has gone well, and we’re usually packed on the Wednesday pizza nights.”

The bar selections are limited but still more than adequate. Levain has a few specialty cocktails, a nice wine list and all local beers.

Our server, Michael, was terrific, engaging but not over the top. He knew how the dishes had been prepared and was well-versed in the wine list, as well.

The breakfast-brunch menu is served to 2 p.m. Tuesday-Sunday and features a variety of dishes, most priced around $10, give or take. Dinner starts at 5 p.m. Tuesday-Saturday, and Sunday is brunch only.

Winkle is a former executive chef at R Bar & Grill, whose owner, Bill Grant, was instrumental in supporting Winkle’s career and helping Winkle, his wife, Christina, and their friend Angie Scott open Levain.

Christina and Angie tastefully decorated the shotgun space, where most of the 28 seats are along a wall banquette fronted by granite tables and wood chairs with caramel-colored cushions. Levain has six seats at the bar, and a heated patio space is comfortable at about 45 degrees or higher.