Review: Get the total fine-dining experience at French Hen's new location
0 comments
Share this
{{featured_button_text}}
1 of 7 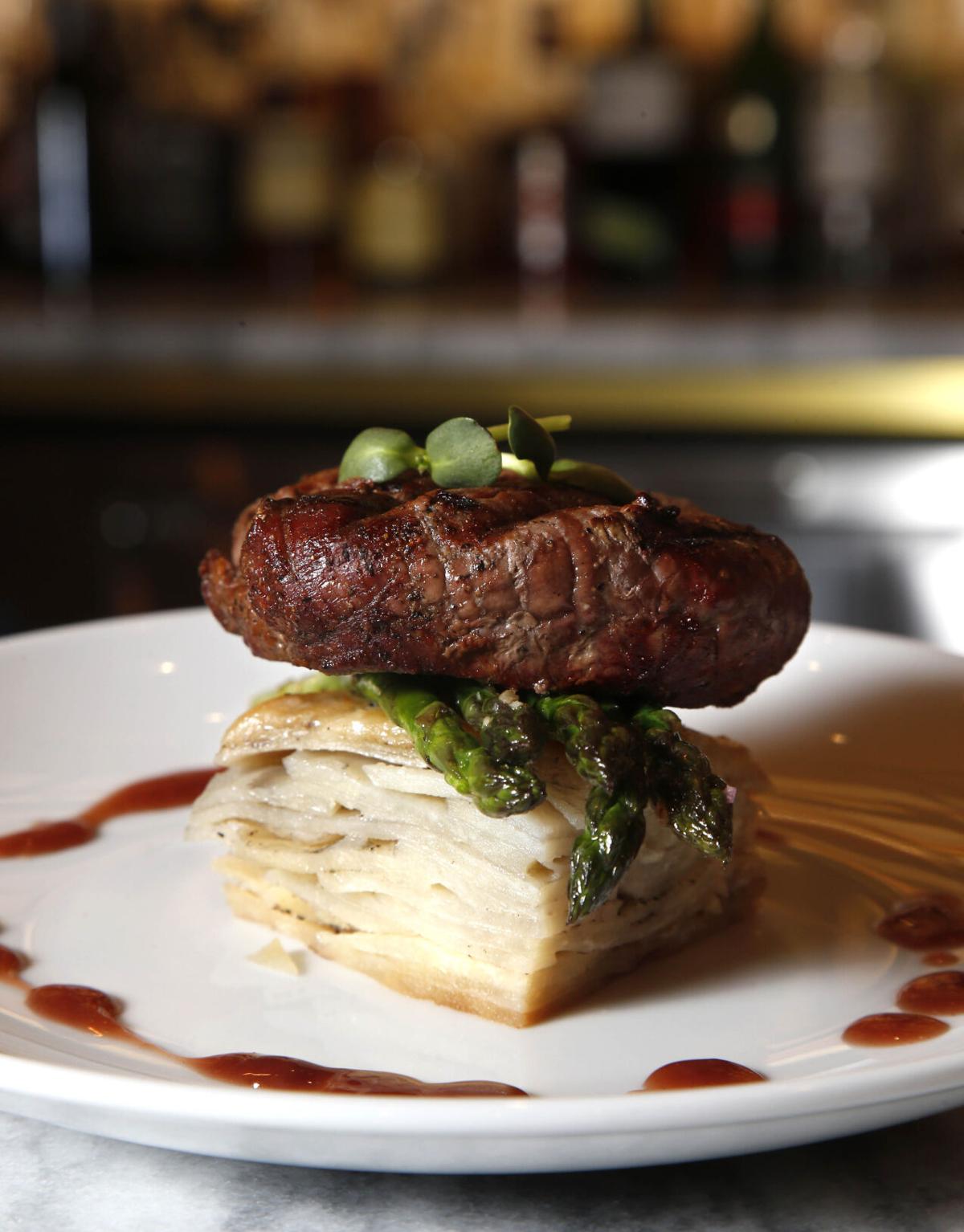 Tenderloin steak with asparagus and potatoes dauphinoise is served at The French Hen. 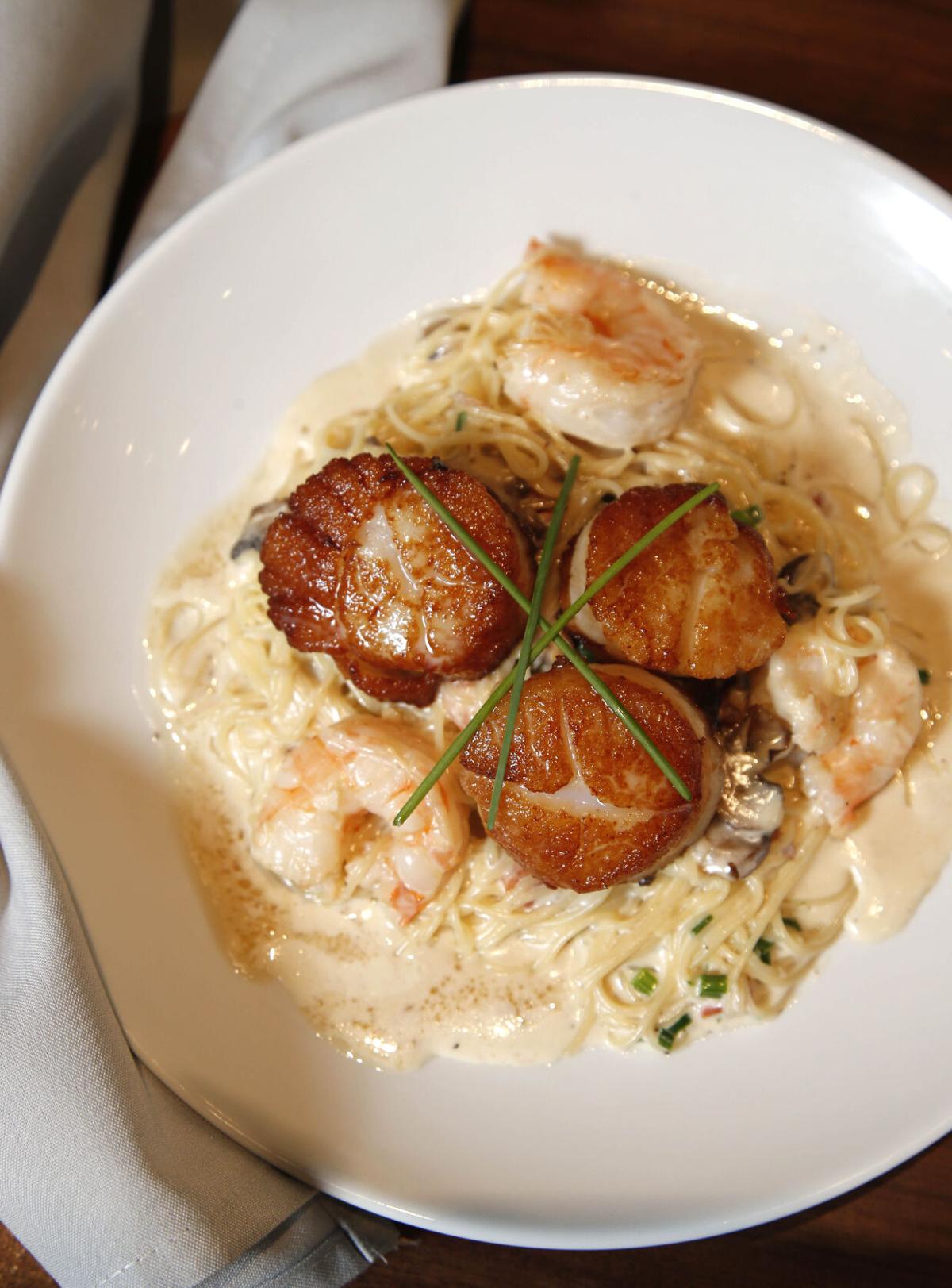 Shrimp and scallops are prepared at The French Hen, 319 E. Archer St. 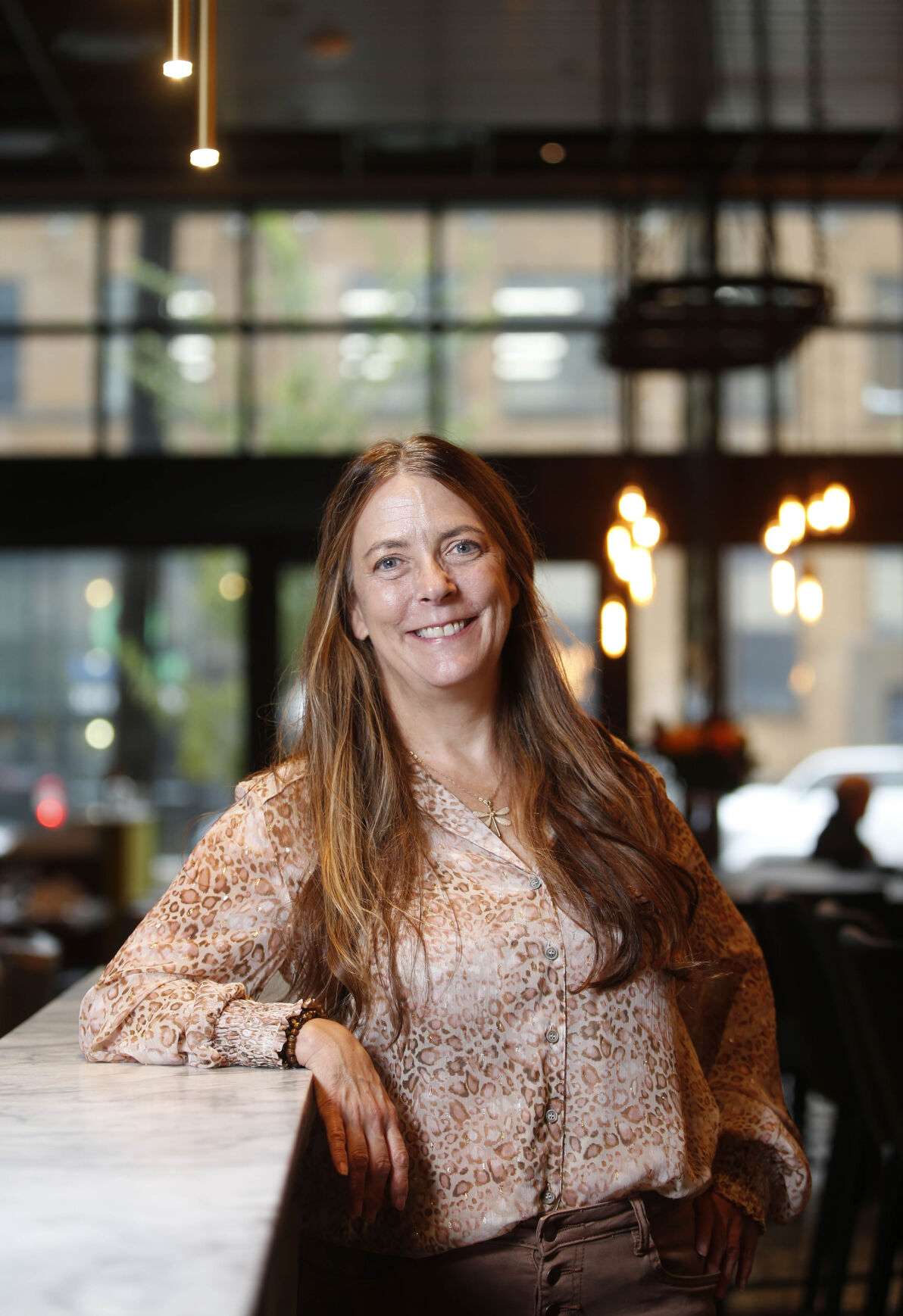 Kathy Bondy is the owner and chef at the French Hen, 319 E. Archer St. 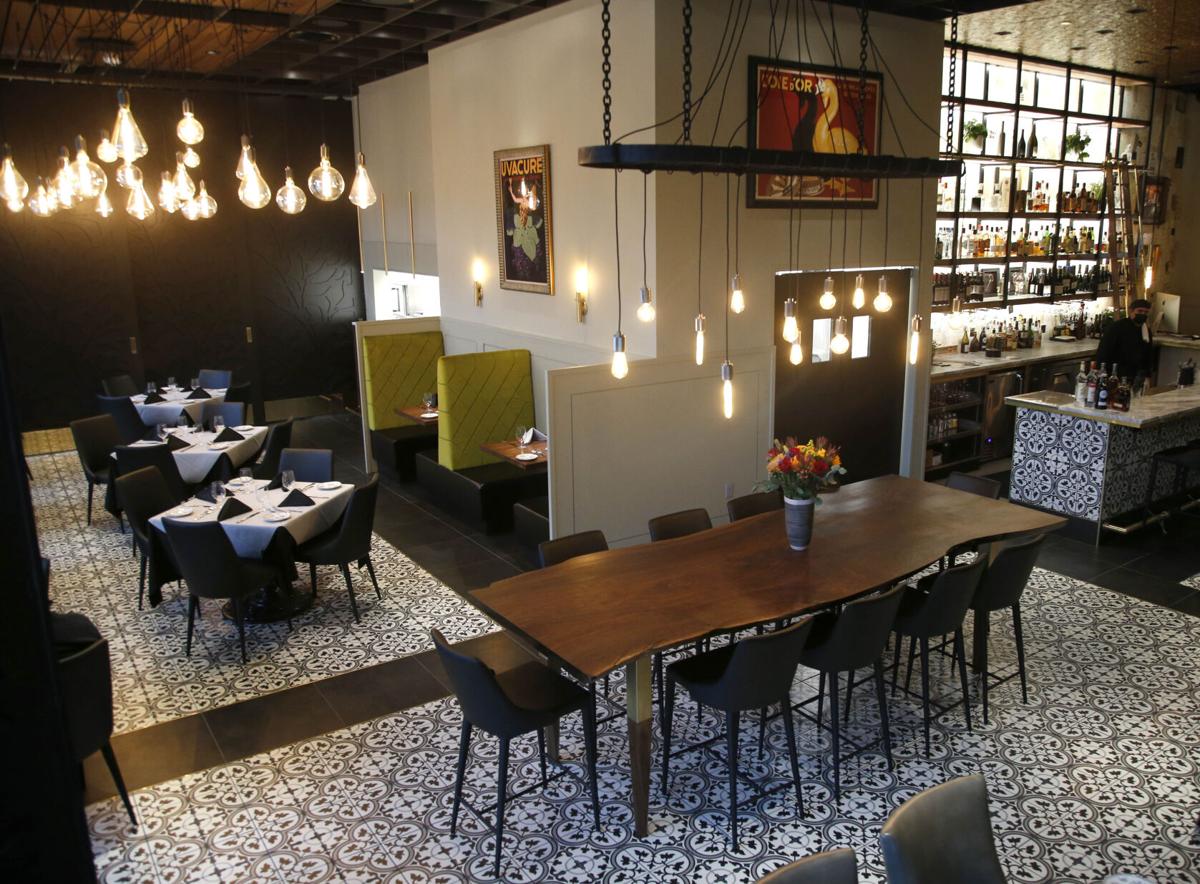 Edison light bulbs and vintage-style wine advertisements are among the decor at the new French Hen, 319 E. Archer St. 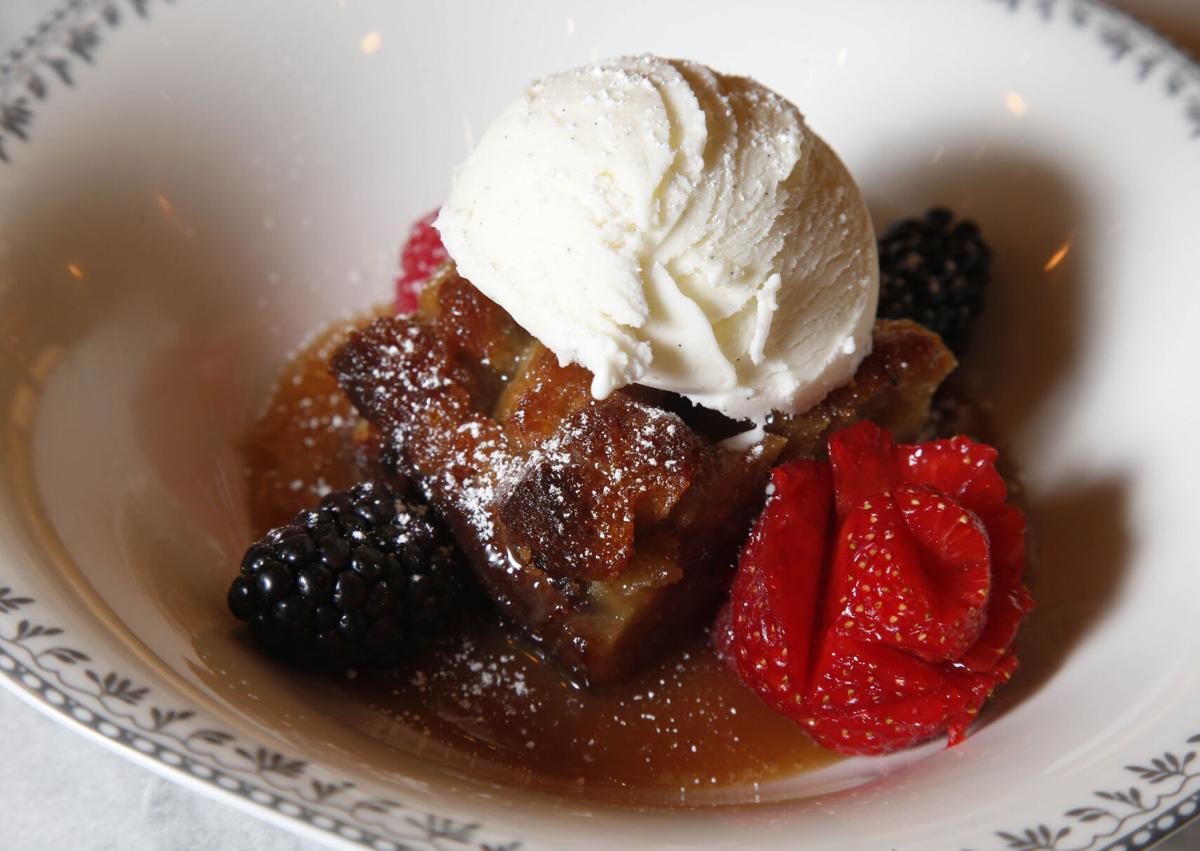 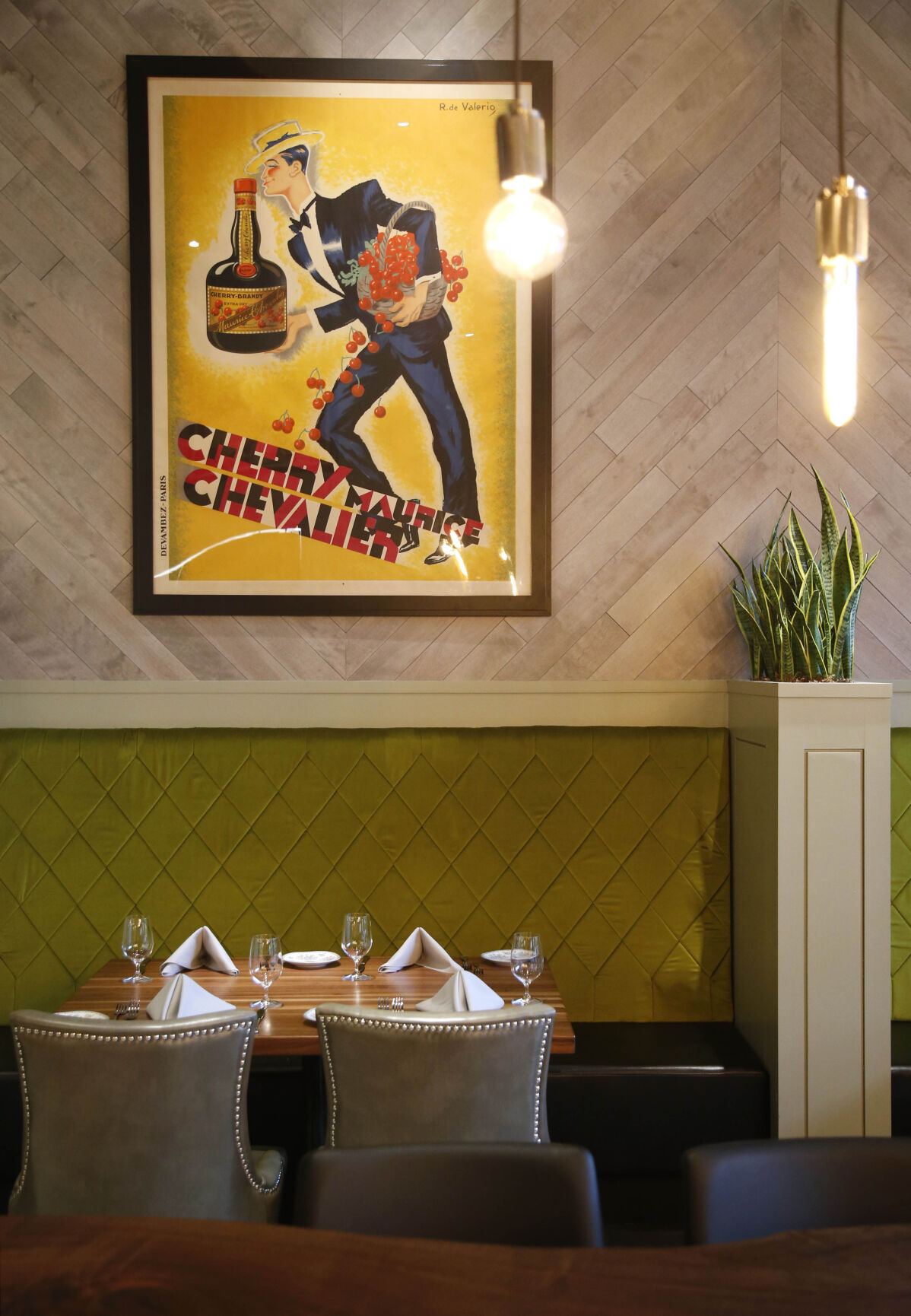 Edison light bulbs and vintage-style wine advertisements are among the decor at the French Hen, 319 E. Archer St. 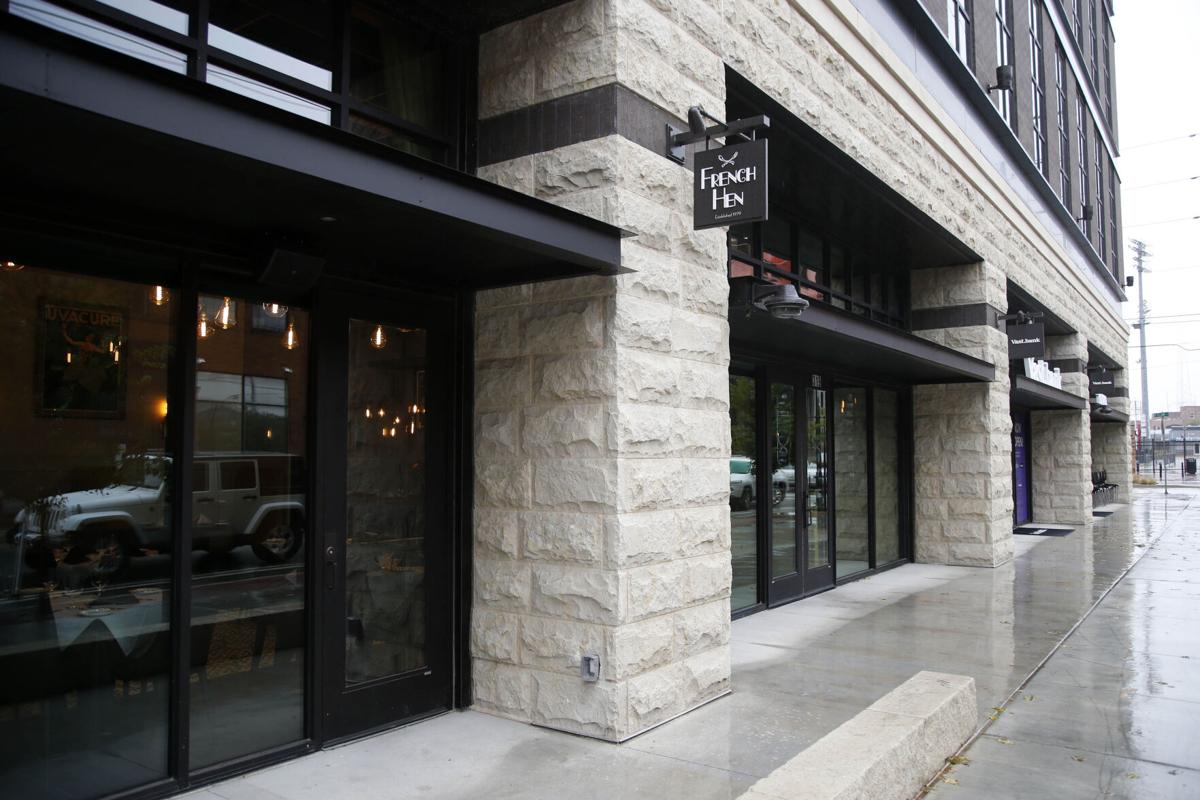 For 40 years, the French Hen was one of those places one had to intend to visit.

Nestled in the center of the Lighthouse Shopping Center at 71st Street and Yale Avenue, the restaurant wasn’t visible from either street. Only a modest sign on the corner alerted passers-by to the restaurant’s location.

That sheltered existence, however, did not mean the French Hen went unappreciated. From its beginning, it has been synonymous with fine dining, and its French-inspired cuisine routinely earned raves from diners and critics.

Today, on the other hand, the French Hen is something you can’t miss as one drives along Archer Street, whether to explore the Tulsa Arts District or to take in an event at ONEOK Field.

The restaurant occupies a large, inviting space in the Vast Bank building, and when the weather is more temperate, one might see diners enjoying their meals on the restaurant’s patio.

Chef and owner Kathy Bondy, who has run the French Hen for the past nine years, worked closely with architect James Boswell to design a space that is spacious and striking, yet still creates the intimate dining experience that was a hallmark of the original location.

Large carved black doors in the west side of the restaurant can open to expand seating or be used for private parties of up to 24 diners.

“It’s also where we store the patio furniture when the weather is nasty,” Bondy said.

Bondy had originally planned to open the new French Hen earlier this year, but the continuing pandemic forced those plans to change.

“I finally got to the point where I really had to ask myself, what’s the right thing to do?” she said. “I had employees who needed to get back to work, but we also had to figure out how to keep them and our customers safe.”

Having the patio area was one way to do that, and in the first weeks when the weather was nicer, “the patio was always the first place to fill up,” Bondy said.

But Bondy said she doesn’t have plans to offer curbside delivery or convert to a mostly take-out setup, as many restaurants have in these troubled times.

“People come to the French Hen for the total experience,” she said. “It’s the food, yes, it’s the service, but it’s also about the whole atmosphere.”

Bondy laughed, and added, “I mean, look at this place — it’s gorgeous.”

The French Hen is currently offering only dinner service, with a menu that is slightly pared back from the one regulars will remember.

“I took off about five or six items, but the plan is to slowly add them back,” she said. “I was also a little scared to do lunch since there aren’t as many people working downtown these days. But we’ve had a lot of people here in the building and in the area asking about it, so we’re planning on starting lunch service Nov. 10.”

At the request of my companion for the evening, we visited the French Hen on one of the last truly temperate nights of the year to take advantage of the patio seating.

The meal began with an amuse bouche of smoked salmon on crostini, with a lemon-caper aioli that was two bites of perfection. A few dozen more of those and we would have walked away happy.

We began with, perhaps, the obvious: an appetizer of escargot ($14) and a bowl of French onion soup ($10). The six escargot, each topped with a beret of puff pastry, were plump and tender and energized by the peppery bite of raw garlic. The soup was rich and satisfying, the savory broth loaded with onions caramelized to buttery softness, contrasting with sharpness of the slices of brie crisscrossed over a thin but still toothsome crostini.

My companion decided that two relatively small plates were better than a single large one and chose instead of an entree the French Hen Wedge salad ($11) and an another appetizer, the Scallop, Shrimp and Crab Cheesecake ($21).

The French Hen’s take on this steakhouse staple salad is a bit of a deconstruction, using romaine lettuce rather than the usual iceberg, and artfully arranging the pieces of bacon, tomato and crumbled blue cheese over it, followed by discreet lashings of a lemony blue cheese dressing.

The only complaint my companion had about the cheesecake was the sweetness of the graham cracker crust, which did not work well with the tangy richness of the cake itself, which was well-stocked with seafood. But she took consolation in the crispy onions — light, crunchy and happily not greasy — that topped it.

The entree special for the evening was a mixed grill that included two signature items — scallops and duck — along with a grilled pork chop.

The duck was just about perfect — four thick slices cooked to medium rare that were richly flavored and meltingly tender. The scallops had been cooked on a grill, rather than pan-seared, which gave them a smokiness that almost overwhelmed their natural flavor. The thin bone-in chop, however, was just overcooked; the closer one got to the bone, the better it was.

We finished the meal with the ne plus ultra of creme brulees and a fine espresso chocolate mousse, each accompanied by burstingly tart, fresh berries.

Bondy said that a number of customers from the old location have sought out the new place.

“It’s been a good mix of regulars and new people,” she said. “Of course, things are slow for everyone now, but we’re going to be patient and just do what we do.”

Treat yourself at Tulsa's top bakeries

In 2018, Tulsa lost its longest-running full-service bakery, Ann’s Bakery, after 80 years in business. It was a loss felt by generations of Tulsans.

Tenderloin steak with asparagus and potatoes dauphinoise is served at The French Hen.

Shrimp and scallops are prepared at The French Hen, 319 E. Archer St.

Kathy Bondy is the owner and chef at the French Hen, 319 E. Archer St.

Edison light bulbs and vintage-style wine advertisements are among the decor at the new French Hen, 319 E. Archer St.

Edison light bulbs and vintage-style wine advertisements are among the decor at the French Hen, 319 E. Archer St.