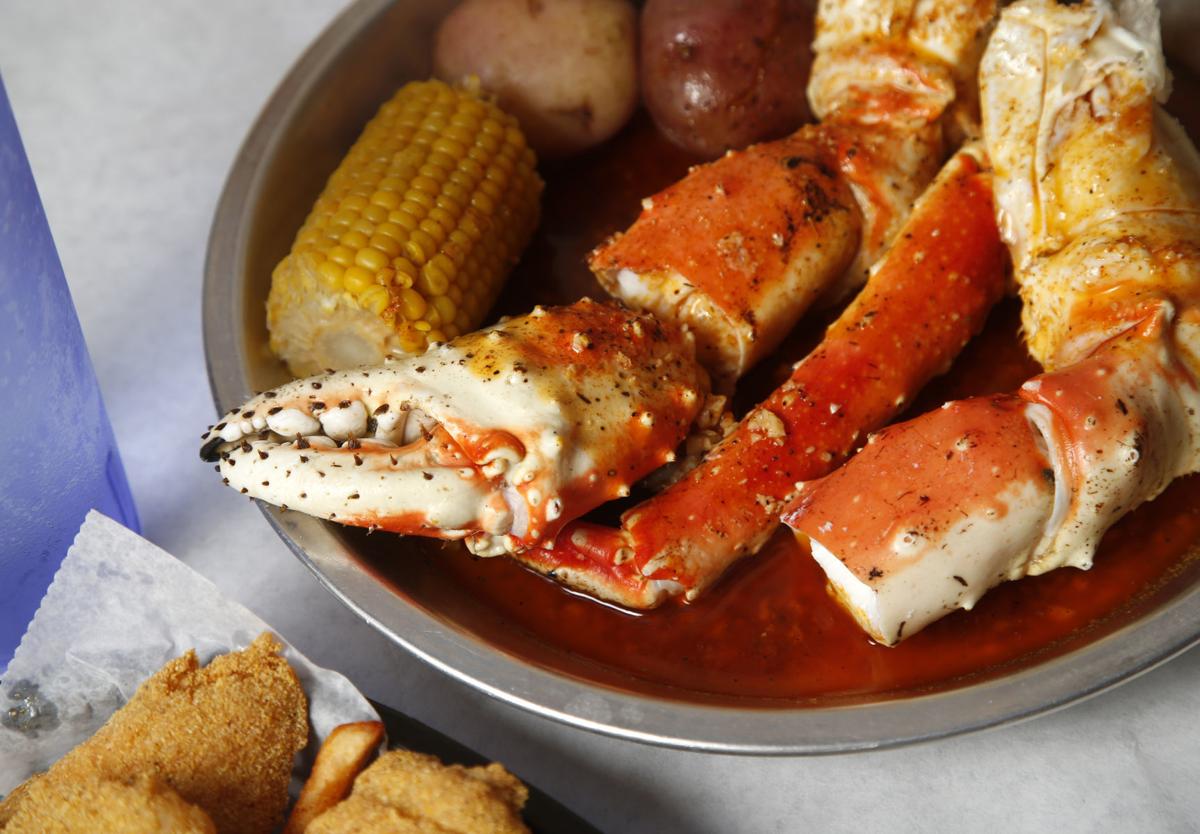 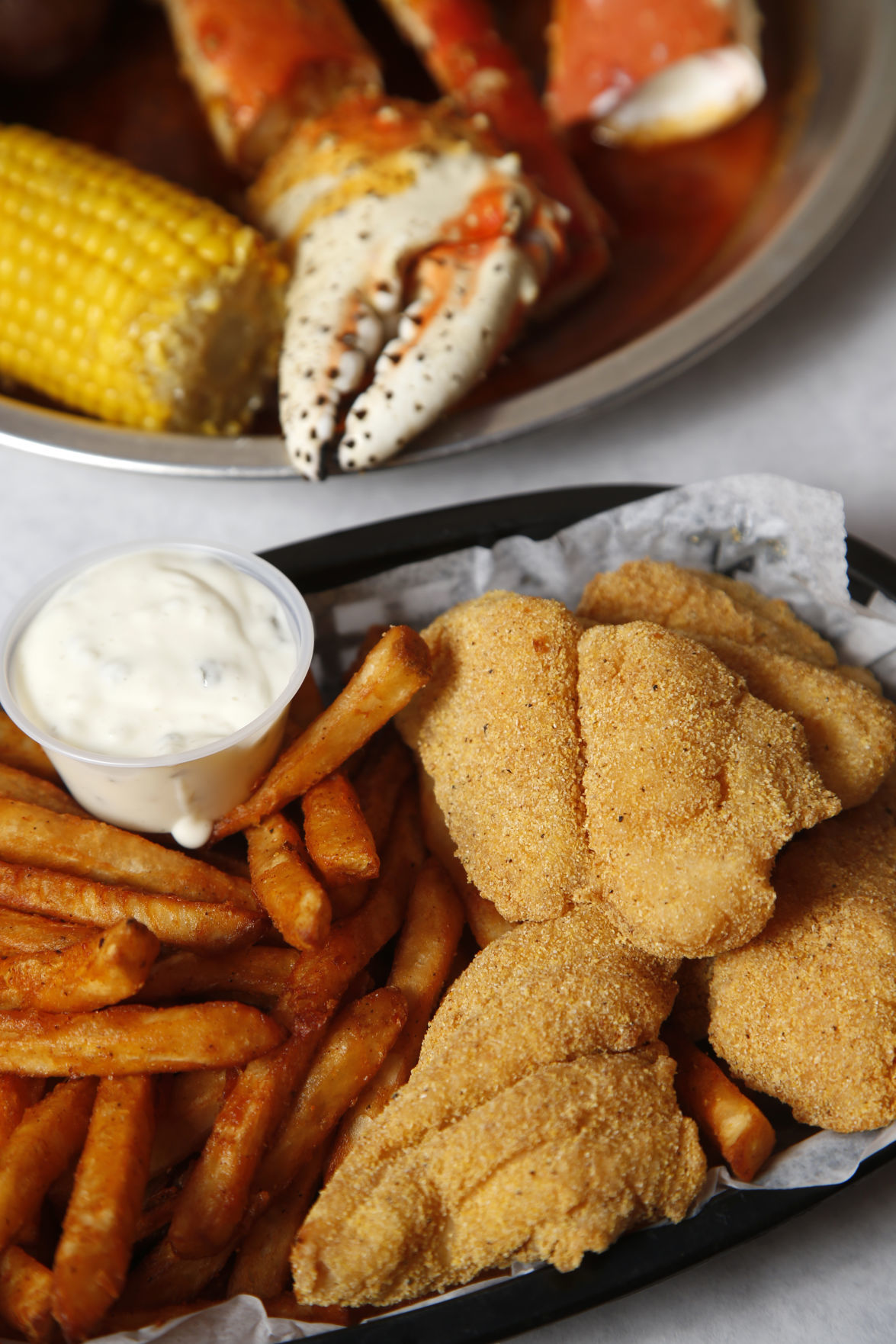 The fried catfish is served with fries and tartar sauce at Blue Coast Juicy Seafood. A plate of king crab is at the top. MATT BARNARD/Tulsa World 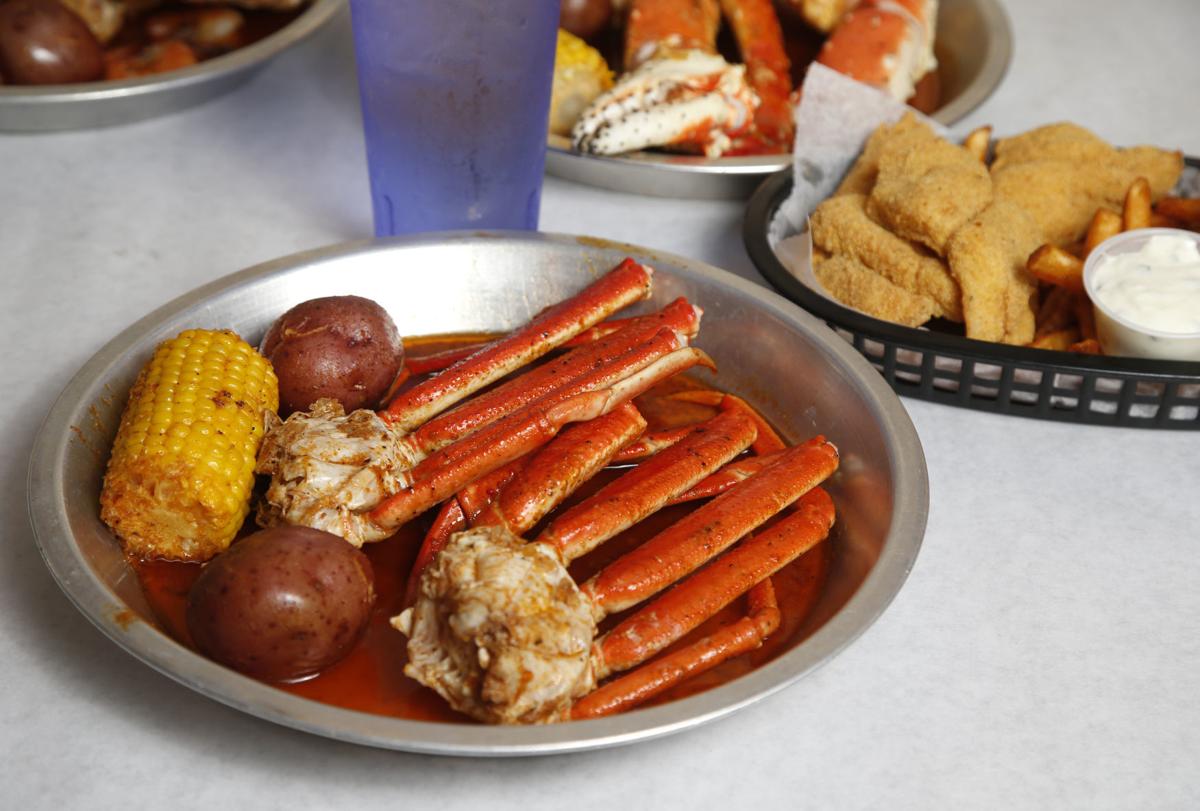 The snow crab boil with corn and potatoes sits next to a basket of fried catfish (upper right) at Blue Coast Juicy Seafood. MATT BARNARD/Tulsa World 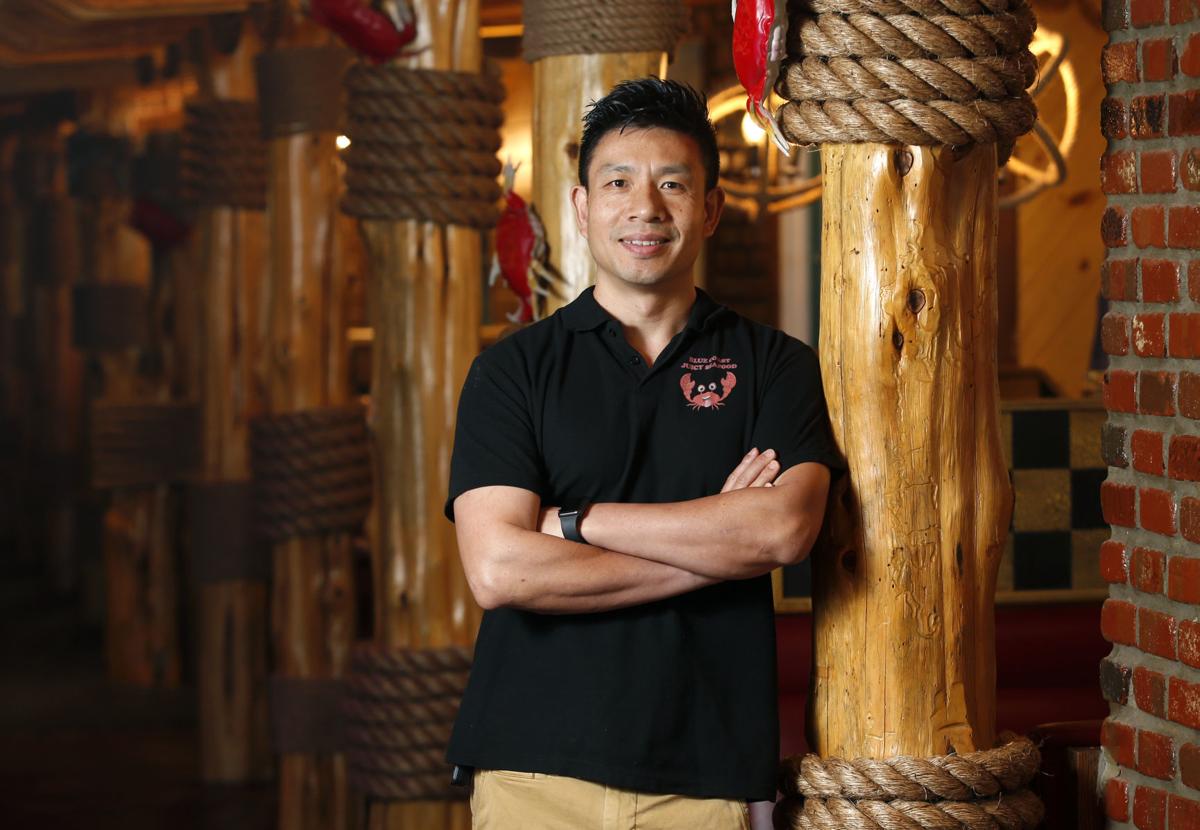 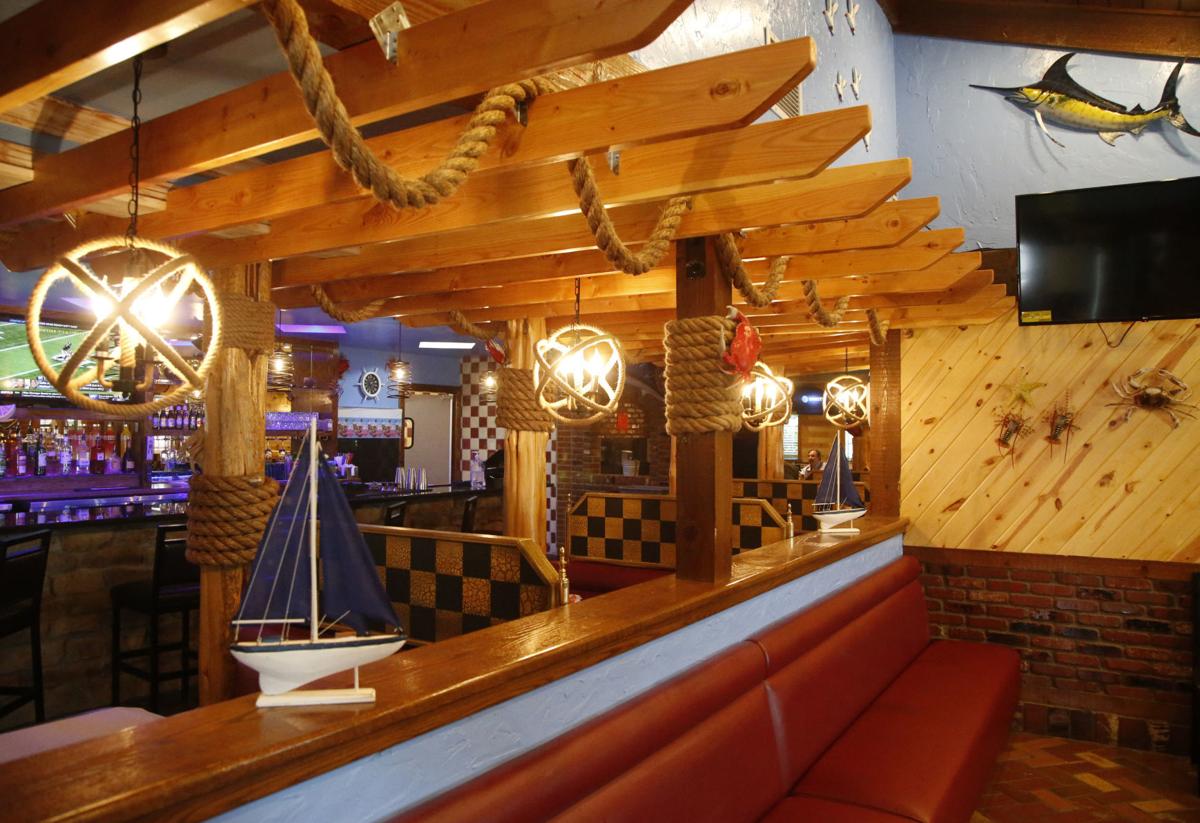 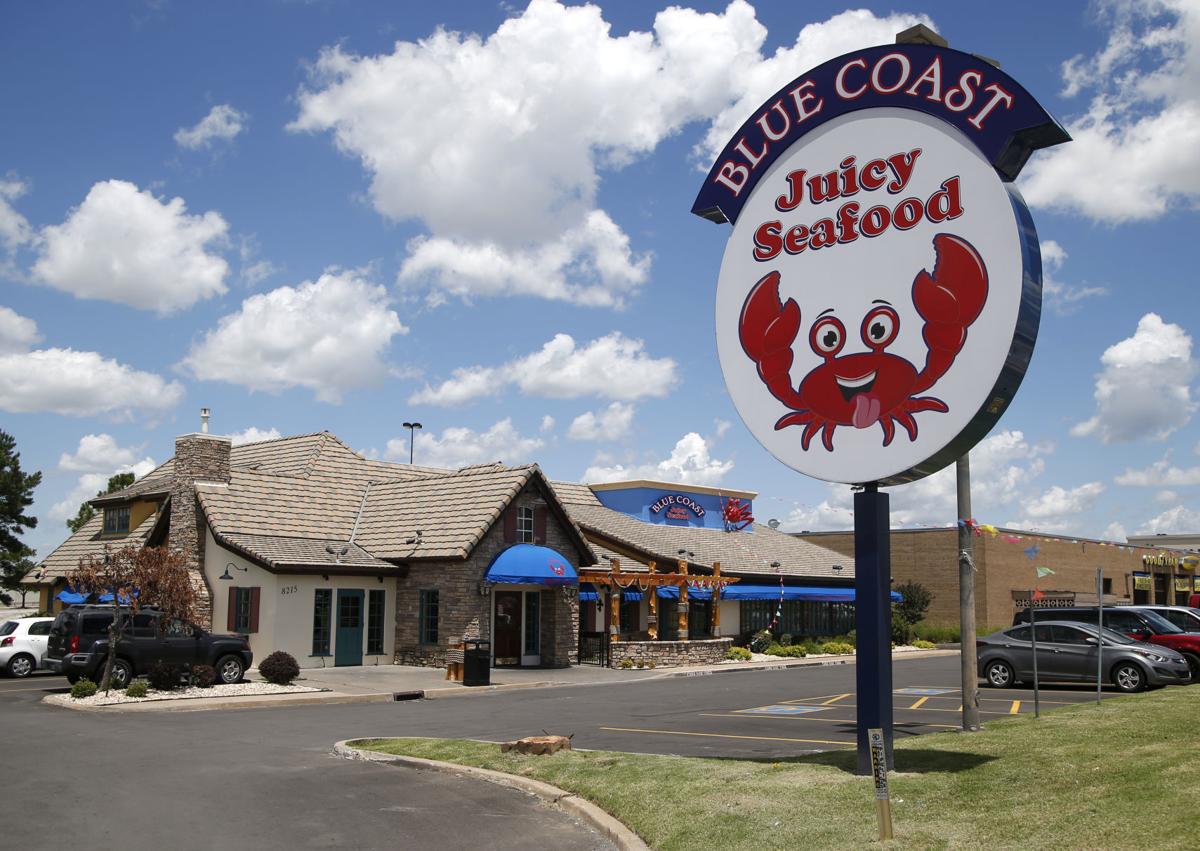 When I mentioned dining at the new Blue Coast Juicy Seafood to friends and family, I almost always received the same reaction.

They didn’t want to know about the food or ambience or service. They wanted to know what the deal was with “juicy” seafood. It seemed something to describe a good steak or hamburger, but seafood?

Fair enough question. I never found a good explanation, but I think it has to do with the specialty of the house — seafood boiled and steamed in a heavy plastic bag.

Here’s how it works.

Diners choose what seafood they want — snow crab, crawfish, shrimp (heads on or, delicately put, no heads), clams, mussels, king crab legs, lobster, etc., or a combination of those.

They choose a seasoning the seafood will be cooked with, such as garlic butter, lemon pepper, Cajun or all of those mixed together. The dish can be ordered with no spice, mild, medium, hot or extra hot.

A server rips off a length of white butcher paper and places it on the table. A beer bucket holds plastic bibs with a lobster logo and plastic gloves. Do not worry about looking silly. Put these on. You won’t regret it.

When the seafood arrives in a round metal pan, untie the plastic bag and dig in. You will find a couple of round red potatoes and a small corn on the cob in the bag, too.

Very soon, the gloves will be slick and slippery. Some might say juicy. At least, that’s the best I can figure.

The beer bucket doubles as a handy container for discarded shells.

The single-seafood boils are 1-pound servings ranging from $12 (crawfish) to $41 (king crab legs). Half-pound orders with lower prices are available, too. Combos are $24.99 to $46.99 and contain a pound and a half to 2 pounds of seafood.

The big, thick king crab legs were the best of the bunch. They held a ton of meat with a sweet flavor. The lobster tail had a good flavor, too, but took a little more work to pull out the meat.

The little clams in a half shell, sausage and shrimp all were fine. Same for the potatoes, but the corn was a little mushy.

A co-worker who has filled in reviewing restaurants in the past had lunch there recently and found the seafood etoufee ($4.99) amazingly bland and the fried shrimp (six pieces, $8) amazing, super clean and perfectly cooked.

In addition to the boiled bags of seafood, the dinner menu includes fried items (shrimp, tilapia, catfish, oysters and chicken) and a few appetizers. Sandwiches recently were added and currently are chalkboard specials.

The only boiled selections available for lunch are shrimp, clams, green mussels and black mussels. The fried stuff is all there, including calamari and chicken wings, plus clam chowder, etoufee and gumbo.

Our server, Marquise, was pleasant and on the spot all evening despite a near full house and hectic pace.

Co-owner Nick Liu said it took about six months to remodel the former Mimi’s Café next to Woodland Hills Mall. The nautical-themed restaurant has lots of wood and thick ropes in the décor. It has three dining areas with a capacity of more than 200.

Nick and his wife, Lisa, have operated East China Buffet in Bixby for about 15 years. Nick is spending most of his time at Blue Coast Juicy Seafood while it gets off the ground.

I have located a few Juicy Seafood restaurants around the nation, though the Tulsa store is the only one with Blue Coast in front of it. They all have similar menus, décor and service methods.

It probably is a good bet they all are pretty juicy, too.

The fried catfish is served with fries and tartar sauce at Blue Coast Juicy Seafood. A plate of king crab is at the top. MATT BARNARD/Tulsa World

The snow crab boil with corn and potatoes sits next to a basket of fried catfish (upper right) at Blue Coast Juicy Seafood. MATT BARNARD/Tulsa World