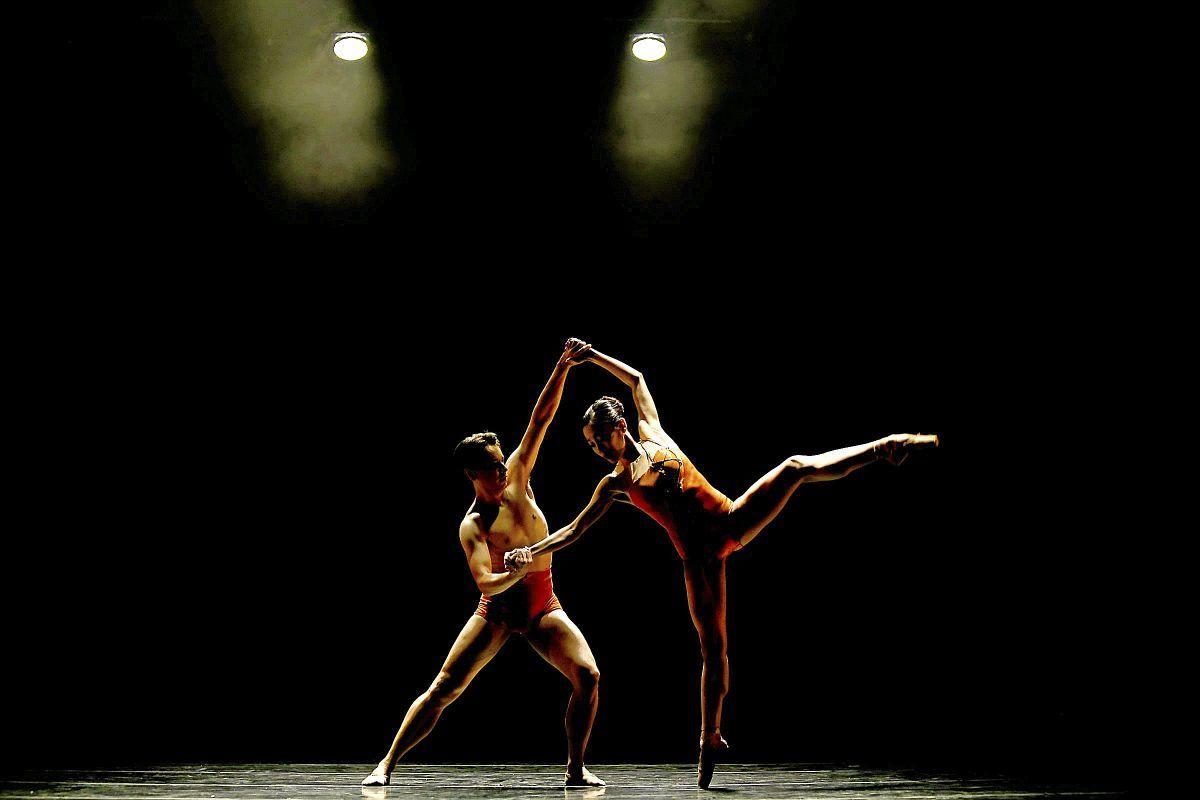 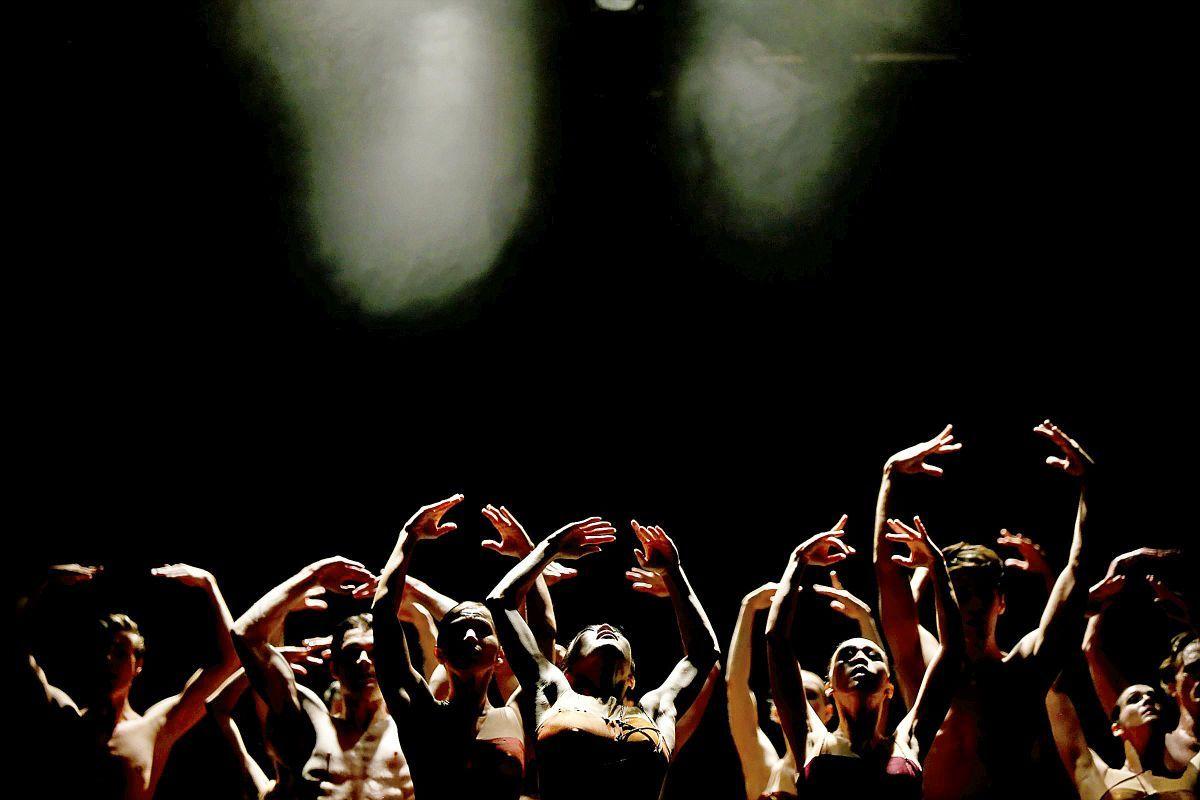 Dancers perform during their performance as part of “Creations in Studio K” at Tulsa Ballet. IAN MAULE/Tulsa World

When it comes to his ballets, choreographer Dwight Rhoden has trouble leaving them alone.

After the world premiere performance of “Ballad Unto...,” Rhoden’s contribution to Tulsa Ballet’s “Creations in Studio K” program, Rhoden said he was already working on changes to the ballet.

“I’m planning on having my company perform this,” said Rhoden, the artistic director of Complexions Contemporary Ballet. “So I’m reworking parts of it for them. I’m one of those choreographers who’s always tweaking things.”

That sense of ever-expanding creativity is a hallmark of “Ballad Unto...,” one of three new works Tulsa Ballet is presenting this weekend.

Besides Rhoden’s work, the evening includes “Creatures of Prometheus” by Jorma Elo and “Just Be(autiful)” by Ma Cong.

This is Rhoden’s first time to work with Tulsa, although not the first time his work has been seen in Tulsa. A few years ago, Choregus Productions presented Complexions Contemporary Ballet as part of its season.

“I’ve been aware of Tulsa Ballet for some time,” Rhoden said. “A few choreographers that have worked with the company in the past spoke very highly of Tulsa Ballet, and I’ve seen some things they’ve done on line.

“So the reputation of Tulsa Ballet more than precedes them,” he said.

Rhoden got into dance almost by accident. He grew up in a musical family in Dayton, Ohio, and tried his hand at playing various instruments.

“I didn’t have the discipline for music,” he said. “I never learned to read music but taught myself by ear. As for dancing, I would make up my own things, but it was just having fun – copying things I had seen on TV and then a friend of mine, who was a dancer, suggested I attend a dance school,” Rhoden said. “The minute I walked in and realized that there was a structure to this, I was hooked. I’ve been dancing ever since I first set foot in that studio.”

The ballets Rhoden created for the company quickly made him, in the words of the New York Times, “one of the most sought out choreographers of the day.”

Rhoden describes his style as “classically based, which is why Tulsa Ballet has no trouble with doing it. But really it is a body total experience. I take the class form and build out from it. It’s extremely physical — I like people to move everything.”

He described “Ballad Unto...” — set to two pieces for solo instruments by J.S. Bach — as “a fantasia on love and connection.”

“It’s an abstract piece, in that there is no story line, but I wanted it to have the feeling of an unpredictable journey,” he said. “You know, that sense of the infinite, where you might not know the answers but at least you have a path to follow and search.”

Usually when a dance company commissions a choreographer to create a new ballet, as Tulsa Ballet does for its “Creations in Studio K,” the company requires exclusive rights to the new work for a certain amount of time.

“Our policy has always been, if a company wants to do one of these works the day after we close our production, then they can,” Angelini said. “That’s the whole purpose of this program — to create art in Tulsa that we can share with the world.”

"Kaleidoscope: A Celebration of Local Dance"

Tulsa Ballet will conclude its performances this weekend by turning over its Studio K stage to five local dance companies.

Portico Dans Theatre will perform a collection of short pieces: "Rooted," "Passage," "Rolling in the Deep," "For Amy" and "Portraits 2," which will utilize aerial choreography.

Alicia Chesser and Rachel Bruce Johnson, as Bell House Arts, will present what they term as a work of "improvography," in "Field Study No. 82."

Dancers perform during their performance as part of “Creations in Studio K” at Tulsa Ballet. IAN MAULE/Tulsa World