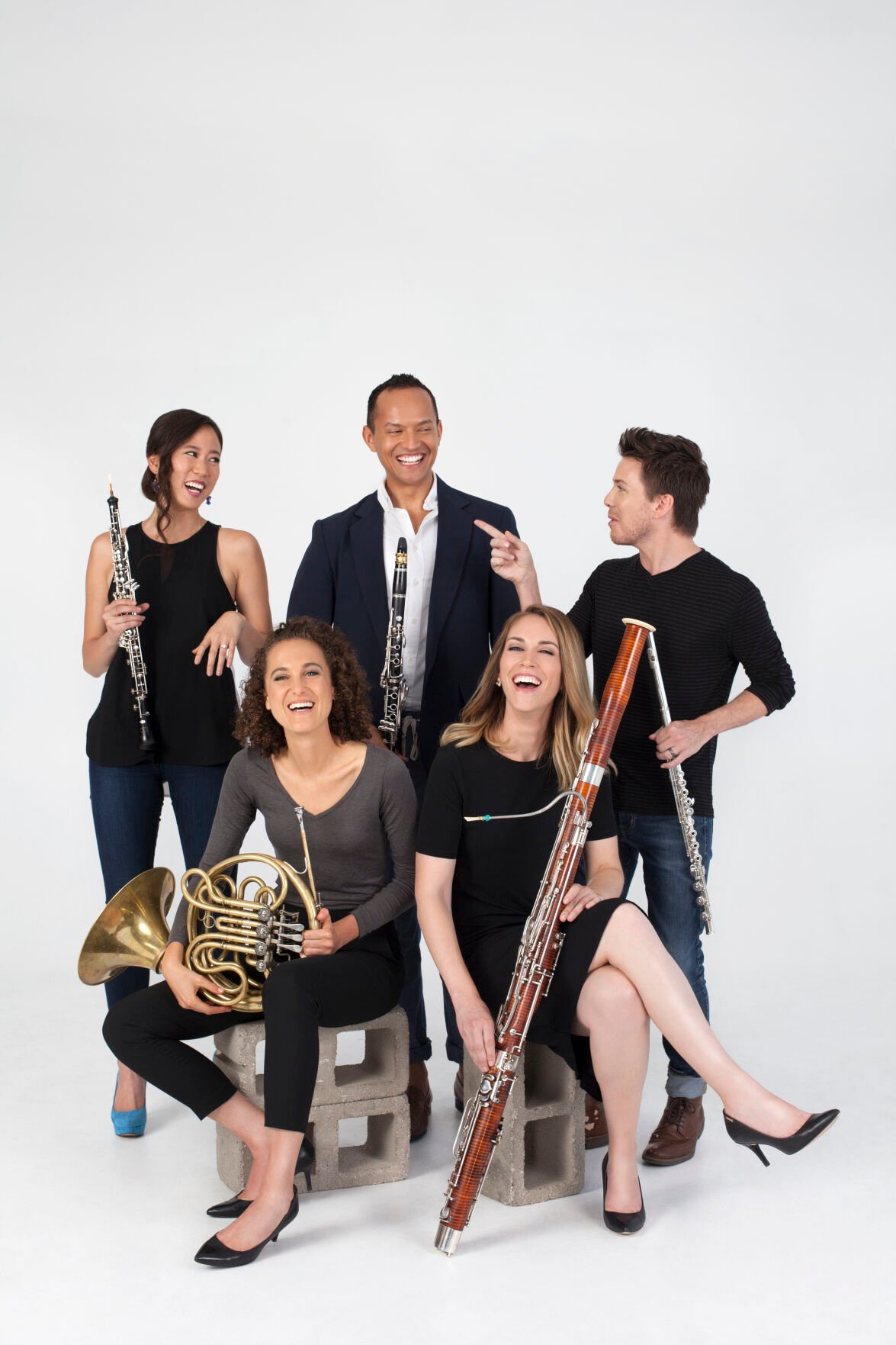 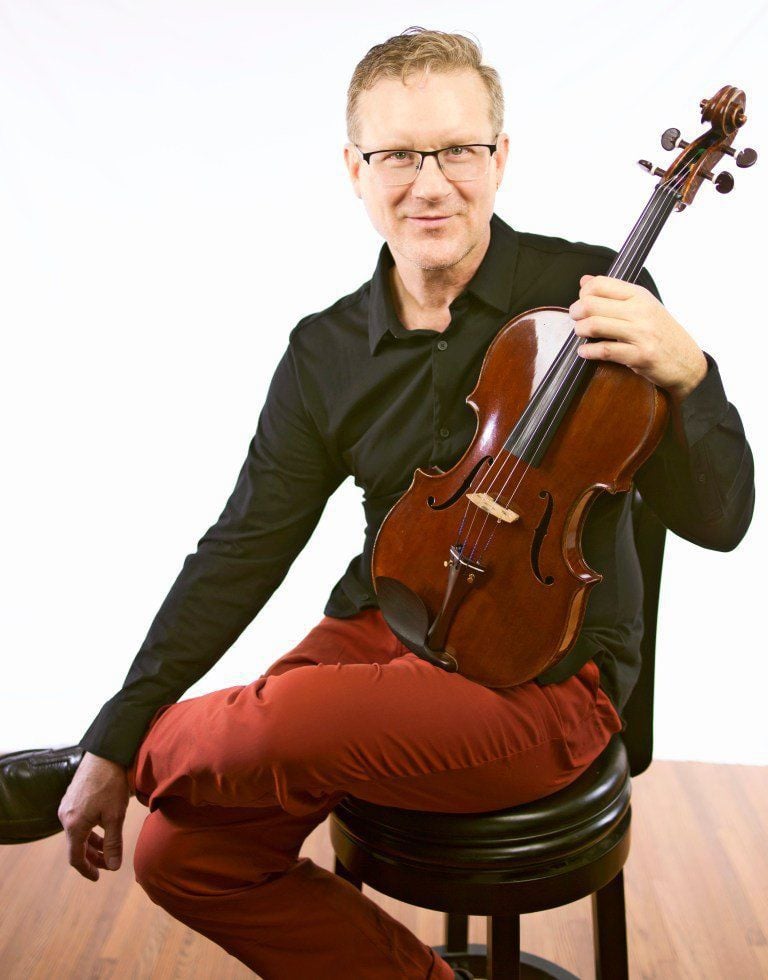 The woodwind quintet WindSync will be featured in a free virtual concert at 7 p.m. Monday, Feb. 22, presented by Chamber Music Tulsa.

WindSync last performed in Tulsa in 2019, as the guest artist for Chamber Music Tulsa’s “Any Given Child” concerts, where the group performed for all fourth-grade students in Tulsa Public Schools.

In 2018, they were medalists at the M-Prize Chamber Arts Competition, the same year they appeared as part of the OKM Music festival in Bartlesville.

WindSync has earned a reputation for its ability to move easily from the classical repertoire to the contemporary, as well as adapting well-known pieces to its particular instrumentation.

The group also often performs its repertoire from memory, rather than having the music in front of them, to help eliminate the “fourth wall” between stage and audience by helping to create a more interactive, intimate experience.

Exactly how that will work in a radio concert remains to be seen, but this performance will showcase the diversity of the ensemble’s musical interests.

The program includes Mordechai Rechtman’s arrangement of the Quintet in E-flat major, Op. 4, by Beethoven; and the ensemble’s own arrangement of Ravel’s “Bolero,” along with three works by contemporary composers: Miguel Del Aguila’s Wind Quintet No. 2; “The Hymn of Acxiom,” singer-songwriter Vienna Teng’s unsettling ode to electronic surveillance; and “Hold Sacred” by cellist and composer Akshaya Avril Tucker, which WindSync commissioned and premiered in ‘2020.

For more information, and to access the concert: chambermusictulsa.org.

The Tulsa Symphony Orchestra will celebrate Black History Month with a special concert that features works by three African-American composers, as well as a classic of the repertoire inspired by the music of America.

The program will feature the Serande for Orchestra by William Grant Still, who in 1931 became the first Black American composer to have a symphony performed by a major American orchestra (his Symphony No. 1, “Afro-American Symphony” by the Rochester, N.Y., Philharmonic).

Also on the program is “Lightspeed (Fanfare for Orchestra),” a 2019 composition by 24-year-old composer Kevin Day, and “Two Romances for Violin and Orchestra,” composed by Adolphus Hailstork. TSO principal violist Jeffery Cowen will be the soloist for this work.

Rounding out the performance will be the Symphony No. 9, “From the New World,” by Antonin Dvorak. The symphony was inspired in part by Dvorak’s travels through the United States in the 1890s, although it was more a response to being away from his Czech homeland than it was a work infused with American themes.

Ironically, one of Dvorak’s original themes from the second movement, performed by the English horn, was adapted into the song “Goin’ Home,” which has been given a unique musical life of its own.

For more information, and to access the concert’s program notes, visit tulsasymphony.org.

The Tulsa PAC’s “Broadway on Film” series wraps up with “War Horse,” the award-winning drama based on Michael Morpurgo’s best-selling novel.

The film of the production at the National Theatre in London, England, will be shown at 8 p.m. Saturday, Feb. 27, on a large screen in the Chapman Music Hall of the Tulsa PAC, 101 E. Third St. All attendees must wear masks, and seating within the hall has been arranged to help maintain social distancing.

“Broadway on Film” is a collaborative effort of the Tulsa PAC and Celebrity Attractions.

Adapted by Nick Stafford, the play focuses on the relationship between a young man named Albert and Joey, the horse he has raised and trained. When Joey is sold to the British Army during World War I and is captured in France, Albert lies about his age to enlist in the Army to track down Joey and bring him back home.

The production was made in collaboration with the Handspring Puppet Co., a South African company that created “horses” in the show. In reviewing the Broadway production, the magazine Entertainment Weekly wrote: “As manipulated by three handlers dressed in period costumes, the life-size creatures seem to breathe, snort, feed, walk, gallop, and rear up just as naturally as the genuine articles. In no time at all, they become characters as rounded and complex as any of the humans on stage.”

Ever wonder how the Queen makes her money?

Ever wonder how the Queen makes her money?

Plans revealed for new Gilcrease Museum, with concept of reconnecting to nature

In addition to a new building, the Gilcrease campus will include more than 13 miles of new walking/bike trails that will ultimately connect with trail networks throughout the city.

Festivals all around: Take your pick among Bixby Green Corn Festival and other events

The annual Bixby Green Corn Festival will include a couple of new twists. Here's a hint: How many cheeseburgers can you eat?

Britney Spears asks judge to free her from conservatorship

Britney Spears asked a judge Wednesday to end court conservatorship that has controlled her life and money since 2008.

The company will open its season with a special production at ONEOK Field and will present a multi-media, immersive experience for its staging of "Salome."

Cheese has a part in six of the nine dishes that make up the menu, but Faith Walker does not let her professed love of fermented curd get in the way of the other flavors at work.