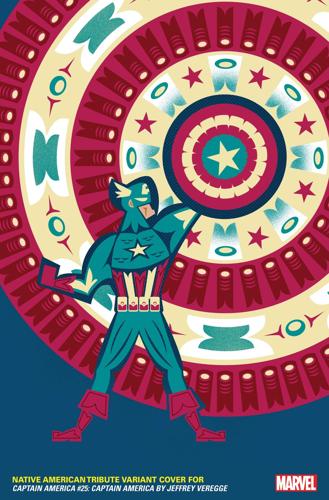 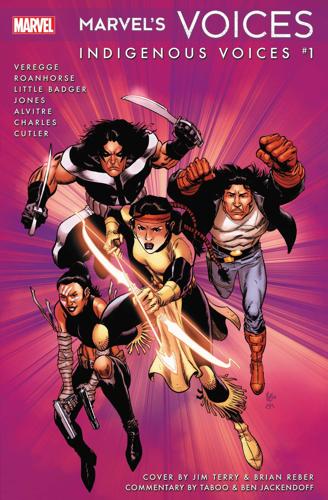 Marvel will celebrate Indigenous history with Marvel's Voices: Indigenous Voices, a comic written and drawn by some of the industry's most renowned Indigenous creators. 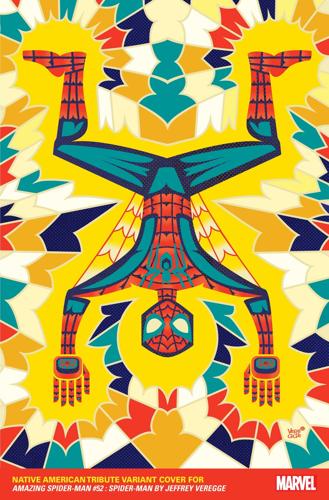 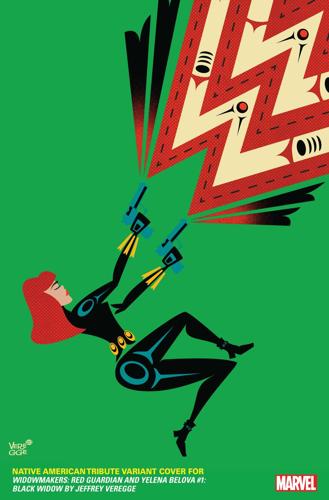 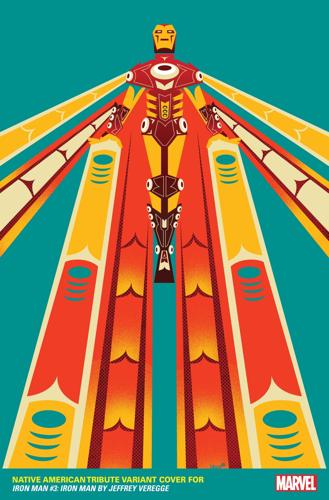 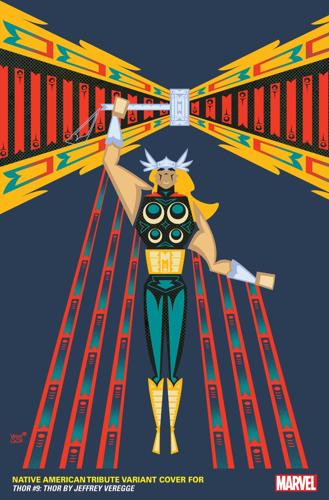 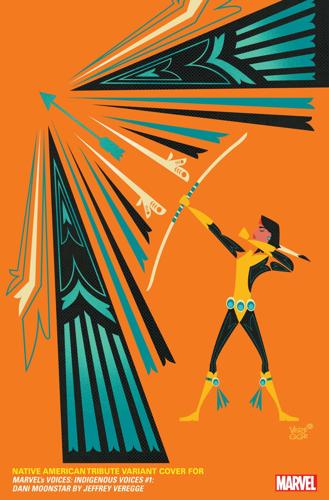 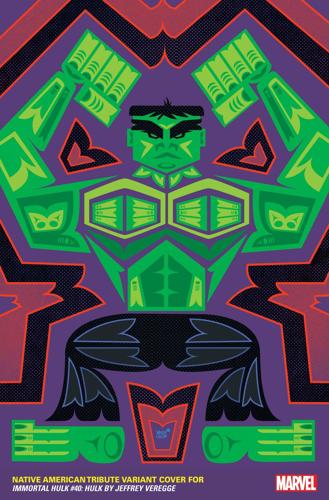 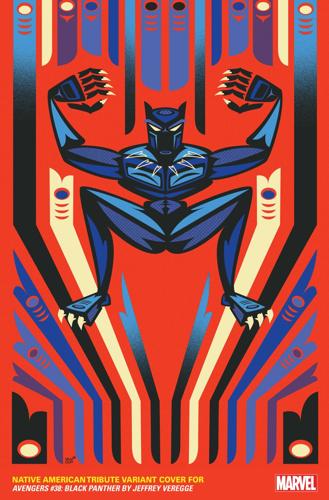 Oklahoma, a state with a strong Native American population, may appreciate a forthcoming venture by Marvel Entertainment.

In November, Marvel will celebrate Native American history with a comic book (Marvel’s Voices: Indigenous Voices) written and illustrated by Indigenous creators. Bonus: In conjunction with the celebration, special variant covers that pay tribute to Native American heritage will appear on select Marvel titles in November.

Writer and artist Jeffrey Veregge, who just wrapped up his exhibition (“Jeffrey Veregge: Of Gods and Heroes”) at the Smithsonian’s National Museum of the American Indian, is leading the Marvel’s Voices book alongside a team of acclaimed creators to explore the legacy and experiences of Marvel’s cast of Indigenous characters.

“I am truly grateful for the platform that Marvel has not only provided for me and my work, but with this edition of Marvel Voices, all of Native America,” Veregge said in a news release. “This is an opportunity to share the cultural influences that we as Native artists and writers grew up with that will add more depth and dimension to the Native Heroes in the Marvel Universe.”

Veregge said he and Marvel editor in chief C.B. Cebulska started talking about various Native American projects a year ago when discussing his art exhibit at the Smithsonian. This venture follows a critically acclaimed Marvel’s Voices anthology earlier this year that featured BIPOC (Black, Indigenous and people of color) talents telling stories about Marvel characters. Marvel’s Voices: Indigenous Voices will kick off the next phase of the Marvel’s Voices program to introduce fans to more inclusive stories and talent.

“Marvel’s Voices started in 2018, which grew and evolved from a popular Marvel podcast into a larger program within our comics,” Cebulski said.

“Marvel’s Voices No. 1, our first anthology in this program, was released this past February, and the reception from fans was incredible. It was clear we needed to do more to lift up more voices and talent and increase representation in and behind our stories. This book is the first step of our next expansion of the program to not only elevate the diverse talent we already have at Marvel, but also discover new writers and artist who can bring their voices to our characters, both old and new. And this is only the beginning.”

“The story of the hero is an ancient one,” Veregge said. “Starting with the very first cave drawings, artists and writers from across the globe have both captured and shared the fateful acts of their people’s heroes. Being from the Pacific Northwest, my own people, the S’Klallam Tribe, have used the art style known as Formline to record and share the stories of our people since time immemorial. The art style I use in my own work today is an extension of the same shapes and forms used for hundreds of years by Native artists from and around the very same region.”

As a lifelong comics fan, artist and Native American, Veregge said he is honored to work with Marvel.

“Not only to create pieces that represent a voice for Indigenous people in honor of Native American Heritage month, but also for the opportunity to share the same storytelling spirit of my ancestors by sharing the tales of some of today’s heroes.”

Comics and collectibles from many decades will be available at Tulsa's inaugural Uncanny Comic Expo, scheduled Saturday and Sunday at Central Park Hall on the fairgrounds.

These are the Oklahoma bestsellers for Sunday, May 22.

"The Handmaid's Tale" has never been burned, as far as author Margaret Atwood knows, but has often been subjected to bans or attempted bans.

CHICAGO — Cynthia Clampitt thinks well of the Midwest region. So much so that “Destination Heartland: A Guide to Discovering the Midwest’s Remarkable Past,” is the food and travel writer’s third book focused on the region. The Pittsburgh native who grew up in the Chicagoland area has traveled to 37 countries on six continents while following her love for the “history of everything.” “The ...

Actress Mary Lynn Rajskub played a counterintelligence expert in the spy drama “24,” but in her new memoir, she claims to have been duped into an unwanted kiss from late right-wing broadcaster Rush Limbaugh. According to Rajskub’s book that came out Tuesday, “FAME-ISH: My Life at the Edge of Stardom,” that forced kiss came in 2006 when she was invited to a conservative gathering in Washington, ...

“Blood on the Mother Road,” a mystery-suspense thriller by Tulsa author Mary Coley, won the top prize for fiction.

Review: 'All the Secrets of the World,' by Steve Almond

FICTION: Written over a 30-year-period, this engrossing novel focuses on an apparent crime and its ruinous effect on two families. "All the Secrets of the World" by Steve Almond; Zando (416 pages, $28) ——— Steve Almond's first novel is about a missing-persons case, a subgenre that tends to present a writer with a very 21st-century challenge: How to explain a character's disappearance in an age ...

Review: 'Either Or,' by Elif Batuman

FICTION: In this sequel to "The Idiot," Selin returns for her sophomore year at Harvard. "Either/Or" by Elif Batuman; Penguin Press (360 pages, $27) ——— When we last met Selin, the singular protagonist of Elif Batuman's Pulitzer Prize-finalist novel "The Idiot," she spent the summer after her Harvard freshman year teaching in a Hungarian village, an opportunity that Ivan, her ambiguous love ...

Who is the new champion of League of Legends?

Who is the new champion of League of Legends?

Marvel will celebrate Indigenous history with Marvel's Voices: Indigenous Voices, a comic written and drawn by some of the industry's most renowned Indigenous creators.