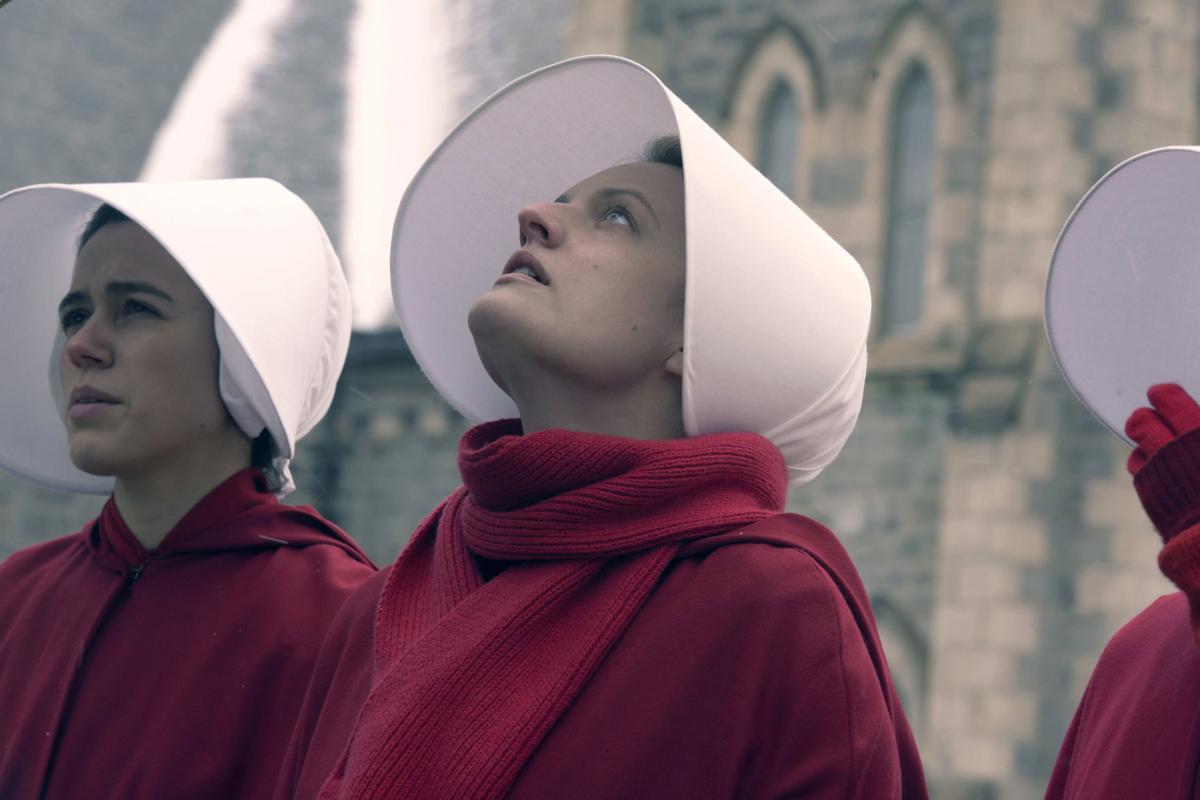 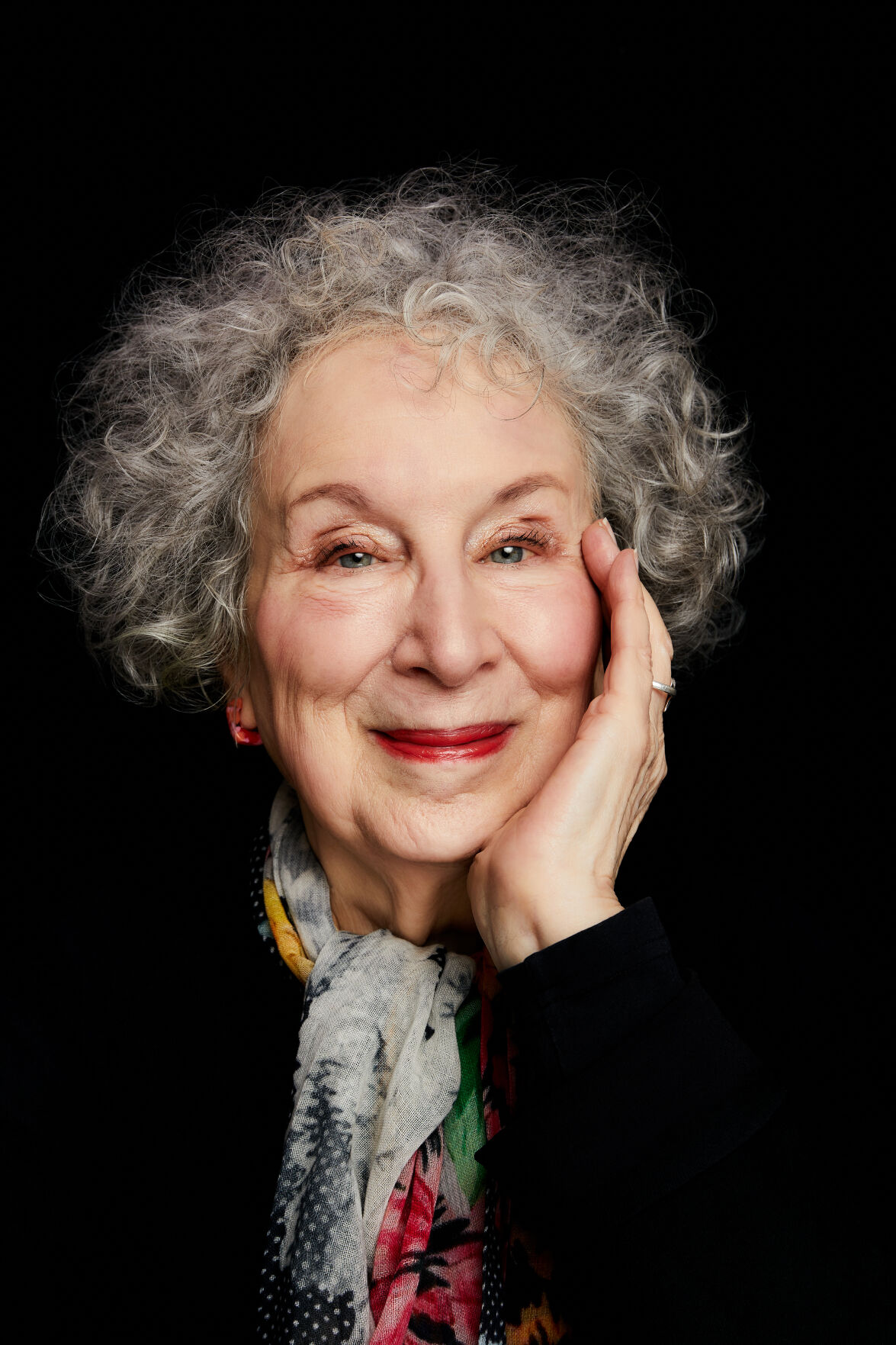 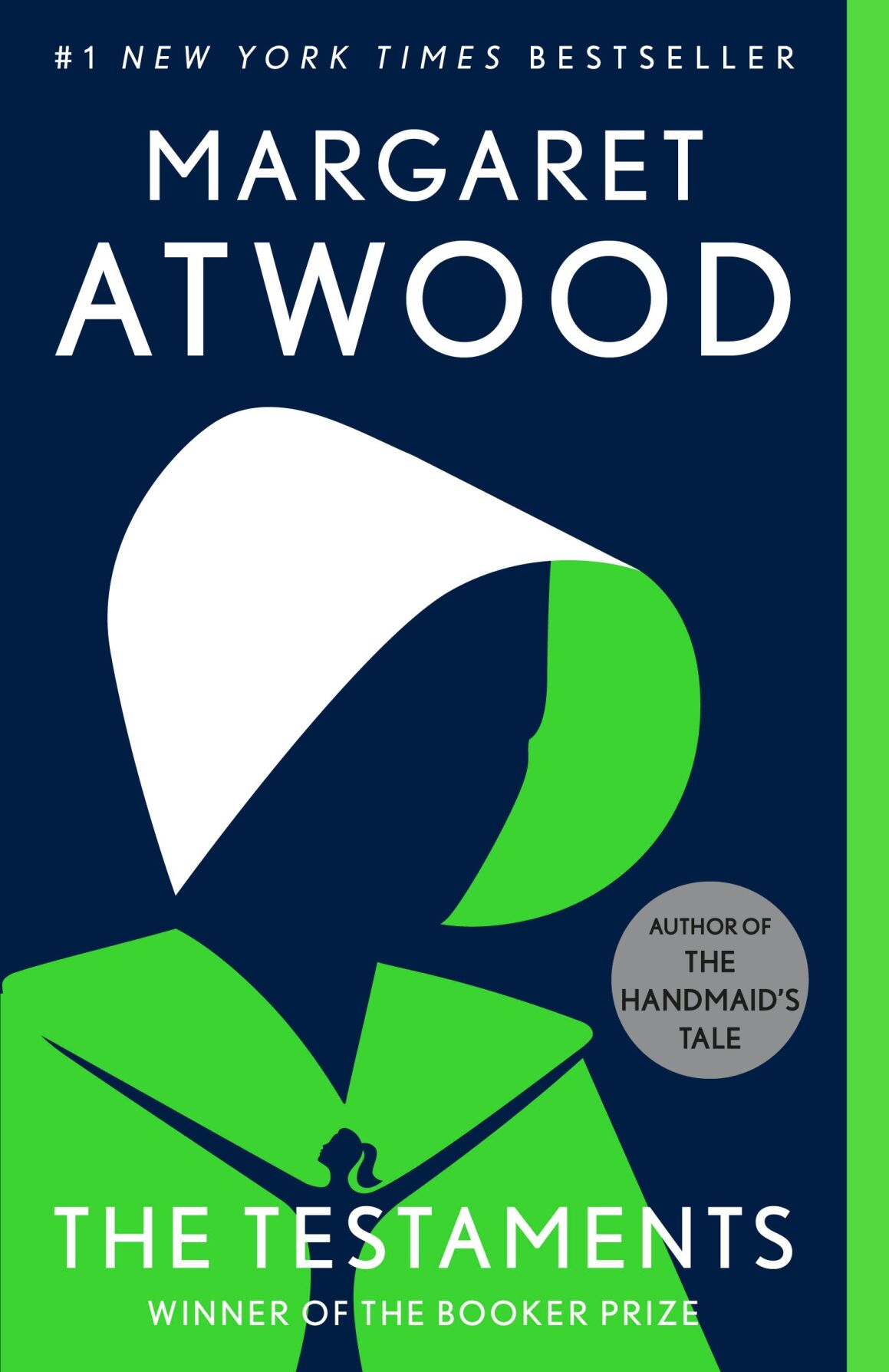 Margaret Atwood's latest novel, "The Testaments," earned Atwood her second Man Booker Award and is a continuation of the story began in her best-known novel, "The Handmaid's Tale."

“Sequel” isn’t the word Margaret Atwood would use to describe her latest work.

It is, however, the word her publishers are more than happy to affix to “The Testaments,” billing it as “The Sequel to ‘The Handmaid’s Tale.’”

Since its first publication in 1985, “The Handmaid’s Tale,” Atwood’s dystopian story of life in a theocratic state called Gilead — which had once been a substantial portion of the United States — and the struggles of a young woman called Offred to survive within this brutally dehumanizing society, has become something of a cultural touchstone.

It has also gone on to inspire a 1990 film, adapted by Harold Pinter and starring Natasha Richardson in the title role; an opera, which debuted in 2000; and most recently, an award-winning TV series on Hulu, with Elizabeth Moss as Offred.

While the novel ended in such a way that might lead one to think a sequel was a possibility — even an inevitability — Atwood wasn’t especially keen on the idea of writing a continuation of Offred’s story.

“For me, a true sequel would be having the same person from the first book telling the story,” she said during a recent telephone conversation. “That would be like trying to do an imitation of myself.”

However, as the TV series was in its early stages of production, Atwood began putting together a story that would be more of a continuation of her original novel.

“I put together an outline about what the book was likely to be and turned it in to my editor not long before the TV series debuted,” Atwood said. “By the time I had got about halfway into writing the book, the TV series was in its second season. And I made some decisions not to write my book in concert with the series. I didn’t want to narrow what I wanted to do.”

“The Testaments” was published in 2019, and earned Atwood her second Man Booker Prize (she had won in 1990 for her novel “The Blind Assassin”).

The paperback version of the novel was officially released Sept. 1, and Atwood is taking part in a select number of virtual events to mark the occasion — one of which is being presented by Tulsa’s Magic City Books.

Atwood last visited Tulsa in 1999, when she was presented with the Peggy V. Helmerich Distinguished Author Award, presented by the Tulsa Library Trust.

“The Testaments” takes place some 15 years after the events of “The Handmaid’s Tale” and is told through the voices of three distinct women.

One is Agnes, who has grown up within the relatively privileged world of the Gilead hierarchy but comes to reject her place in this society as she grows more aware of its brutality toward women.

Another is Daisy, a young woman who lives with her seemingly serene hippie-like parents, until her world is literally torn apart and she learns that her true past is a serious threat to Gilead’s fragile stability.

The third belongs to a character well known to fans of “The Handmaid’s Tale” — the woman known as Aunt Lydia, the implacable overseer of young women who are destined (or cursed) to serve in the role of handmaid. But there are hidden depths to this seemingly villainous character that are revealed in the course of “The Testaments.”

“I’ve always been interested in how these totalitarian regimes get started and how they collapse,” Atwood said. “I grew up during what was almost the ‘golden age’ of dictators — reading about Hitler, Mussolini, Franco, Stalin, Mao, Pinochet in Chile, Ceausescu in Romania, all the satellites of the Soviet Union.

“They all learn from one another,” she said. “It’s not like there’s some ‘How to Be a Dictator 101’ course they take. So they see what’s been done in the past and what their contemporaries are doing. Getting rid of an independent judiciary and an independent press are two of the big things, then killing or exiling independent artists of any kind. Get those things out of your way, and you’ve got a clear run at becoming a dictator.

“And these patterns are not limited to the left or to the right,” Atwood said. “It’s simply a question of too much power in the hands of people who are willing to do anything to eliminate opposition.”

This looking into the recent past — as well as looking closely at the present — has always been the source of Atwood’s works of what she calls “speculative fiction,” from “The Handmaid’s Tale” to her dystopian “MaddAddam” trilogy, to “The Heart Goes Last,” which she began as an online serial.

“Everything is based on things that have happened,” Atwood said. “When I started ‘The Handmaid’s Tale,’ there was no internet. You had to clip articles out of newspapers and magazines — I had these boxes of things to back up every aspect of that novel.”

The same was true for “The Testaments,” she said. The characters of Agnes and Daisy were partly inspired by women Atwood had met, who in their younger years were part of the French Resistance against the Nazis in World War II.

“These were girls who were 17, 18 years old, helping to smuggle downed British airmen to safety, things like that,” Atwood said. “When you’re that age, with no family or children depending on you, you’re willing to take more risk. But then, teenagers usually think they are invincible and heroic.

“And there are Aunt Lydias in history as well, working from within to bring down a regime,” she said. “It used to be that people who were recruited by foreign governments as spies did so out of a sense of ideology — the people who took up with the Communists in the 1930s knew nothing about Stalin’s show trials and purges.

“Nowadays, if someone turns against their own country, usually it’s for money, or simply because they think they are smarter than everyone else,” Atwood said. “But there are some who do it because they hold a grudge. And Aunt Lydia has some pretty strong personal grudges against Gilead.”

The Moral Majority, created by the late Jerry Falwell, was in its ascendancy as a social and political force when Atwood first conceived of the world of Gilead, soon after Ronald Reagan was elected president.

She began work on “The Testaments” before the 2016 election and “was quite taken aback by the results.”

Margaret Atwood will take part in a virtual conversation about her novel "The Testaments" at 7 p.m. Tuesday, Sept. 8, presented by Magic City Books.

Tickets for the event are $25 and include a signed paperback copy of "The Testaments," as well as an exclusive link to the Zoom event.

To purchase, and more information: magiccitybooks.com

These were the 100 most 'challenged' books of the past decade

Toni Morrison is on the list. So are John Green and Harper Lee. And John Steinbeck and Margaret Atwood. All wrote books that were among the most subjected to censorship efforts over the past decade.

Margaret Atwood's latest novel, "The Testaments," earned Atwood her second Man Booker Award and is a continuation of the story began in her best-known novel, "The Handmaid's Tale."