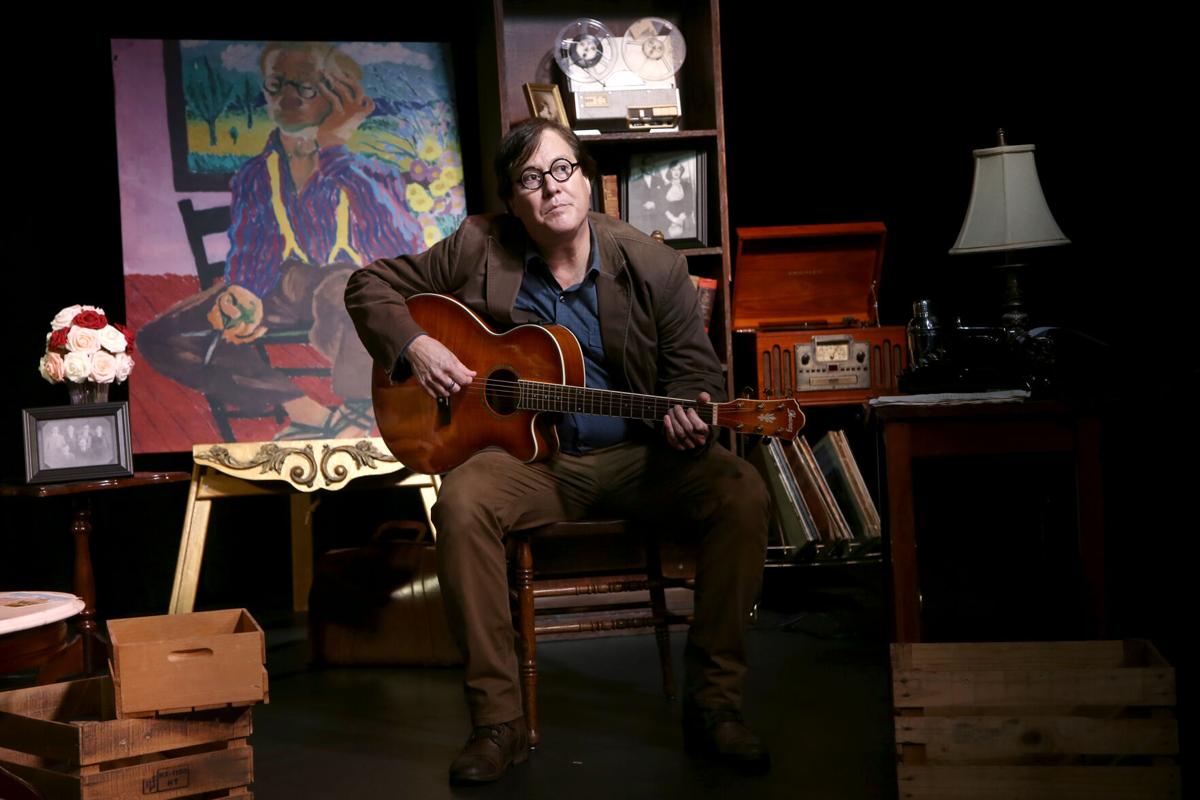 “More Sky,” a one-man show about Oklahoma writer Lynn Riggs, is being presented by the Equality Center Sept. 17-18. Russ Tallchief portrays Lynn Riggs, whose work includes the play that served as the basis for the musical “Oklahoma!” 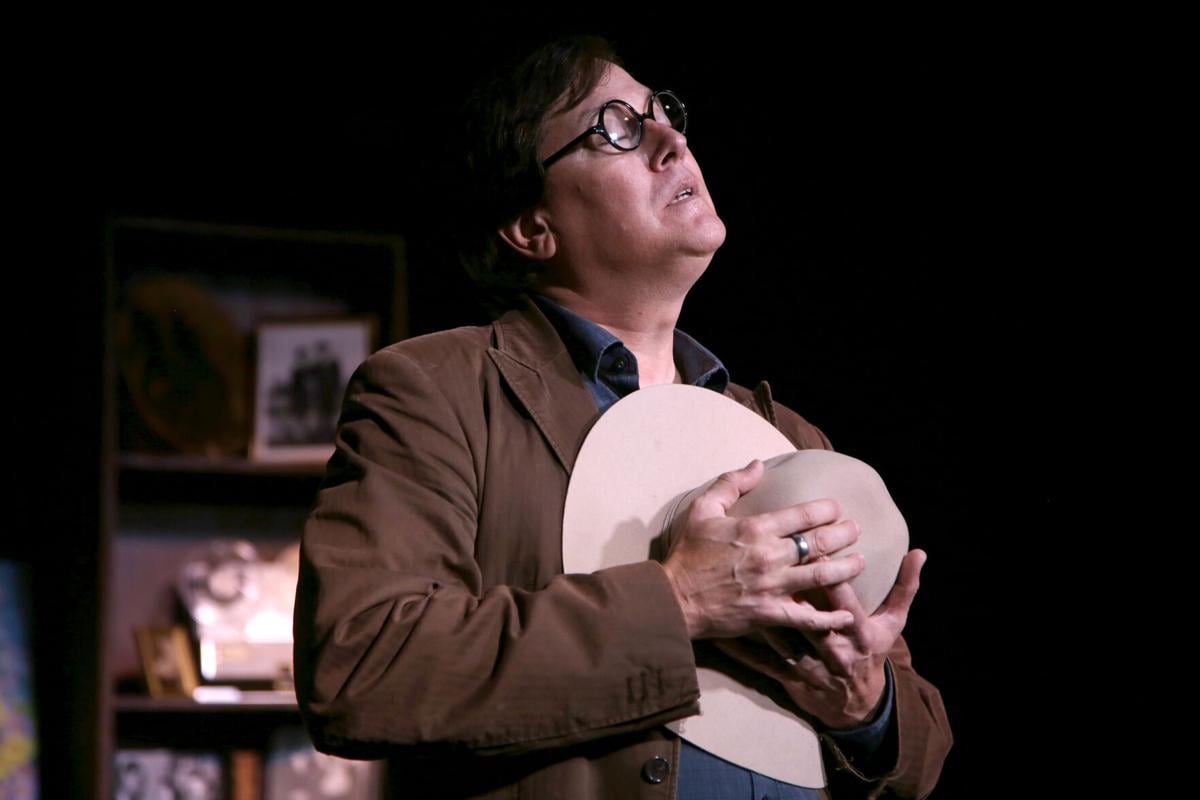 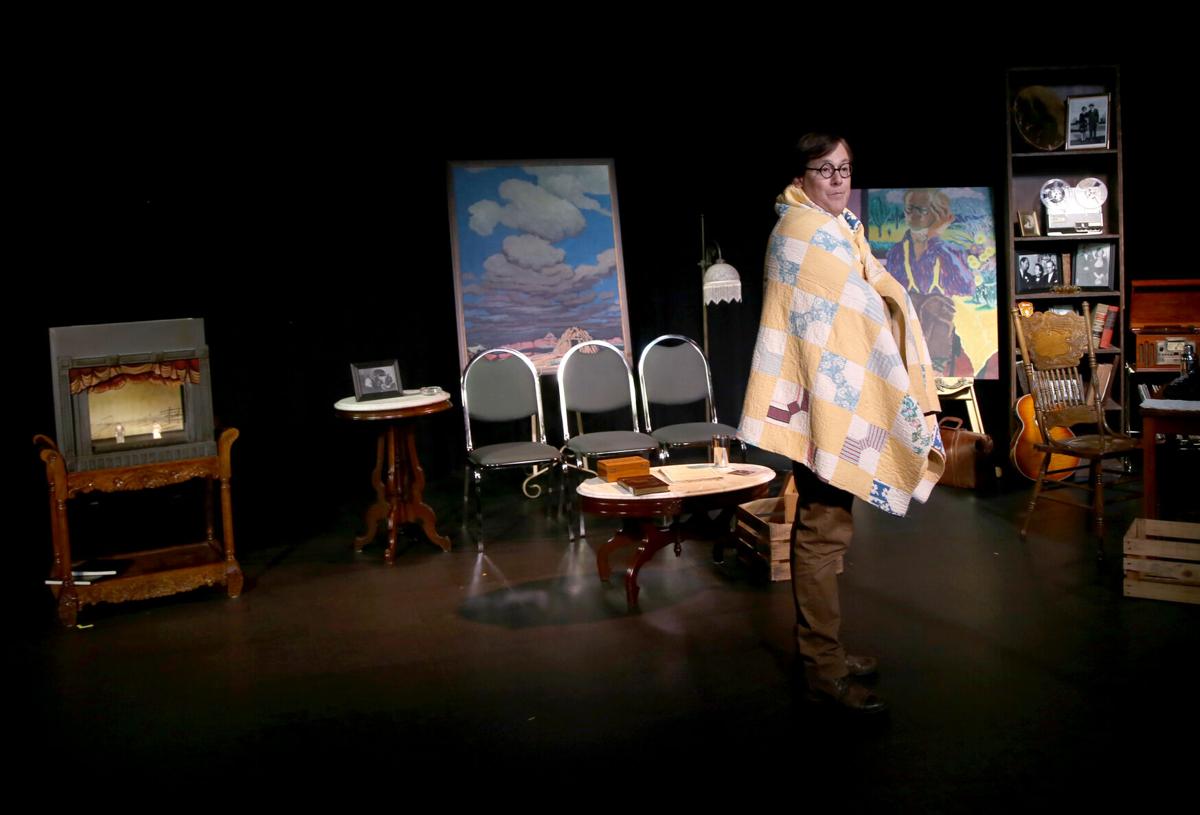 Lynn Riggs will be forever known as the writer whose work inspired Oscar Hammerstein and Richard Rodgers to create the landmark musical “Oklahoma!”

And that’s about all most people know about Lynn Riggs.

“I was one of those people,” said Patrick Hobbs. “I knew him simply as the guy who wrote ‘Green Grow the Lilacs,’ which was the predecessor of ‘Oklahoma!’ I knew nothing else about him.”

Until, that is, Hobbs began working on “More Sky: The Story of Lynn Riggs,” an original play by Gregory Hinton. Hobbs is directing this one-man show, which stars Russ Tallchief, that will have its world premiere in — appropriately enough — the Lynn Riggs Theater at the Dennis R. Neill Center for Equality.

“I had no idea that he was Cherokee, that he was gay, that he was a poet, that he had written more than 20 plays, that he was one of the first Oklahomans to earn a Guggenheim Fellowship,” Hobbs said. “I really think Lynn Riggs is an unsung hero of the arts in Oklahoma.”

Hinton’s play unfolds as Riggs, nearing the end of his life, is sorting through his papers before sending them off to be archived.

“The way the play is structured, it’s really as if the audience is a guest in Lynn Riggs’ house,” Tallchief said. “He’s sharing his memories, both good and bad, in a way that is like an intimate conversation with a close friend.

“And he really lays it all out there — the ups and downs of his career, the loves and losses in his life, the triumphs and the tragedies,” he said. “It’s really an up close and personal look into Lynn Riggs’ life.”

Playwright Hinton incorporates a number of Riggs’ personal letters into the script, which Tallchief said made it easier to understand and capture Riggs’ personality.

“I knew him primarily through his plays, so it’s been a real honor to get to know Lynn Riggs on a much more personal level,” said Tallchief, who is a member of the Osage Nation. “I really identify with Lynn Riggs as a Native playwright, as a person of mixed heritage. He was always struggling to maintain his Native heritage as he moved through all these different worlds, from Broadway to Hollywood.”

Riggs, who was born in Claremore in 1899, lived a peripatetic life, from working as a reporter for the Wall Street Journal and the Los Angeles Times to spending a year in France through his Guggenheim Fellowship, where he began writing “Green Grow the Lilacs.” He later spent time as a screenwriter, working a variety of films including two of the “Sherlock Holmes” movies starring Basil Rathbone and Nigel Bruce.

During his time in Hollywood Riggs developed close friendships with actresses Joan Crawford and Bette Davis. Riggs would often serve as an escort for the actresses.

“Being a gay man in the early 20th century meant that he wasn’t able to truly express himself,” Tallchief said. “He struggled with all sorts of things — financial issues, self-doubt, mental health issues. And yet through all this he was writing his best work.

“In fact, I really think Lynn Riggs deserves a posthumous Pulitzer Prize,” he said. “Rodgers and Hammerstein received a special award from the Pulitzers for ‘Oklahoma!,’ and Oscar Hammerstein himself said more than half of the ‘Oklahoma!’ script came from Riggs’ work.”

While Tallchief considers himself more of a writer than a performer, Hobbs said the actor’s feel for, and commitment to, “More Sky” has been exceptional.

“Russ has just embraced Lynn Riggs to the utmost,” Hobbs said. “The conversations we had at the very beginning of the project, and the way we just bonded over this play, made us both think this was something we were meant to do.”

The play will be presented to a very limited audience each evening, and Hobbs said all precautions have been taken to make the space as safe as possible.

For those unable to, or uncertain about, attending, the Thursday performance will be live-streamed on Facebook, and a film of the production will be made available at a later date on the Oklahomans for Equality website, okeq.org.

"More Sky: The Story of Lynn Riggs," presented by Echo Theatre Company and Oklahomans for Equality

Admission: Free, but seats must be reserved. To reserve seats: eventbrite.com.

NOTE: The Thursday night performance will be live-streamed on Facebook, and an edited version will be made available on the Oklahomans for Equality website, okeq.org.

The finalists include Alejandro Goméz Guillén, who performed with the orchestra in November, Robert Franz, and Scott Seaton. They will be taking part in virtual events this season, and return the next year to present full orchestral programs.

Signature Symphony brings Beethoven back to the ballpark

The concert Saturday at ONEOK Field included a stirring performance of Beethoven's Symphony No. 5, whose famed four-note theme has been described as "Thus knocks Fate at the door."

The play, featuring Russ Tallchief in the title role, recounts the life of the author of "Green Grow the Lilacs," the inspiration for the musical "Oklahoma!"

The work by Tulsa Artist Fellow Sarah Ahmad is inspired by the Veil Nebula, the remnants of a supernova explosion some 8,000 years ago.

The Tulsa PAC's "Art in the Air" series, featuring outdoor performances by a variety of area talent, will showcase the Appassionata Duo for this week's concert.

The show features examples of work from Hawks' career as a commercial photographer as well as his award-winning turned-wood art.

The Tulsa Symphony will return to ONEOK Field Oct. 18 for a matinee concert, and the Signature Symphony and Tulsa Opera are also planning performances at the park in the coming weeks.

Officials with the Cherokee Heritage Center announced it is postponing its reopening, which had been scheduled for Sept. 18.

“More Sky,” a one-man show about Oklahoma writer Lynn Riggs, is being presented by the Equality Center Sept. 17-18. Russ Tallchief portrays Lynn Riggs, whose work includes the play that served as the basis for the musical “Oklahoma!”