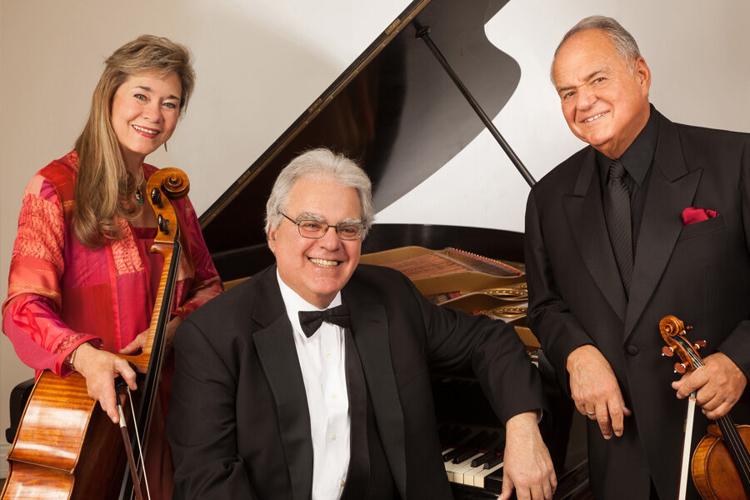 The Kalichstein-Laredo-Robinson Trio will perform this fall without pianist Joseph Kalichstein, who died March 31 at age 76. 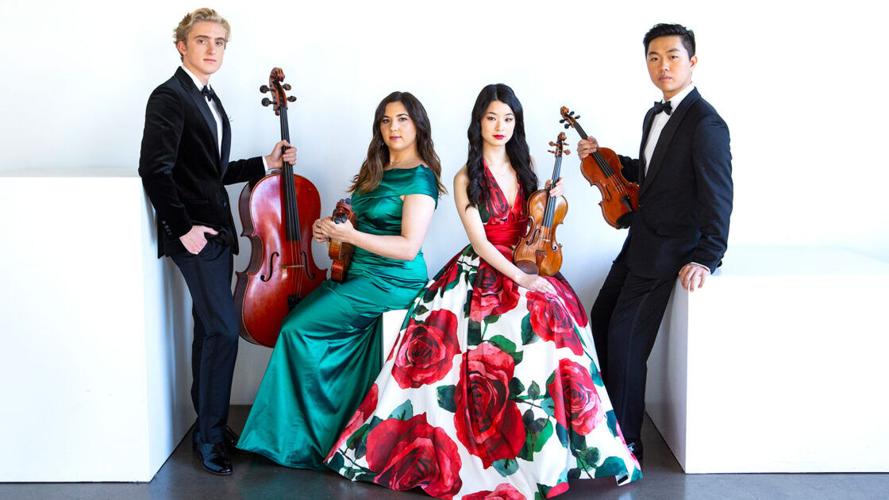 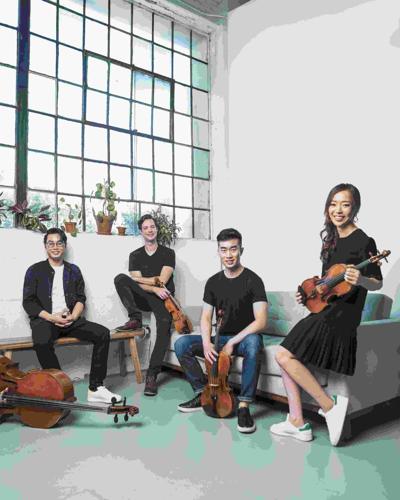 The Toronto-based Rolston Quartet will present a selection of music by female composers for its concert, Feb. 17, at ahha Tulsa.

One of most revered chamber music ensembles working today, and five groups that will be performing in Tulsa for the first time, make up the 2022-23 season of Chamber Music Tulsa.

The season opens Sept. 17-18 with the Viano Quartet. Formed in 2015 at Los Angeles’ Colburn Conservatory of Music, the group won first prize at the 2019 Banff International String Quartet Competition, and will serve as quartet-in-residence at Southern Methodist University.

Their Tulsa concert programs will include music by Mendelssohn, Bartok, Dvorak, Caroline Shaw and Thomas Ades.

The acclaimed Kalichstein-Lardeo-Robinson Trio, which has performed several times under the auspices of Chamber Music Tulsa, was scheduled to perform Oct. 15-16, in programs that will feature composer and violist Nokothula Ngwenyama.

Unfortunately, pianist Joseph Kalichstein died March 31 at age 76; the concerts are still scheduled to be performed, now as a tribute to Kalichstein’s memory. One of the pieces to be performed is Ngwenyama’s “Elegy,” which Chamber Music Tulsa co-commissioned.

The Maxwell Quartet makes its Tulsa debut Nov. 11-13. The quartet will perform a Friday concert at ahha Tulsa, 101 E. Archer St., that will include traditional Scottish folk music along with works by Haydn and Joey Roukens.

These selections, along with music by Purcell, Britten and Dvorak, will be part of their Saturday and Sunday performances.

For its other concerts, Feb. 18-19, the quartet will perform music by Haydn, Beethoven, Mendelssohn, Jörg Widmann and Dinuk Wijeratne.

The first reed ensemble ever to hit the Billboard Classical charts for its 2021 album “Ghost Light,” The Akropolis Reed Quintet will come to Tulsa March 10-12, 2023.

For their Friday concert, to be held March 10, 2023, at the LowDown, 118 N. Detroit Ave., the group will be joined by pianist-composer Pascal Le Boeuf and percussionist Christian Euman for two of Le Boeuf’s compositions as well as arrangements fo Gershwin’s “An American in Paris” and Dave Brubeck’s “Blue Rondo a La Turk.”

The programs for the Saturday and Sunday concerts will feature music by Gershwin, Bernstein, Shostakovich, Ravel, Arthur Cunningham, Jeff Scott and Stacy Garrop.

The season concludes with the Neave Trio, April 22-23. Named after the Celtic word for “bright” or “radiant,” the trio has earned praise for its performances of the standard repertoire, as well as its efforts to promote contemporary music.

Their most recent recording, “Her Voice,” featured female composers and works by women will highlight their Tulsa programs, which will feature pieces by Alexandra du Bois, Gabriela Lena Frank, Reena Esmail and Ethel Smyth, as well as Maurice Ravel.

Saturday Salon concerts are held in the Westby Pavilion at the Tulsa PAC. The audience sits at round dinner tables with the ensemble in their midst. The musicians join guests afterward for dinner. Doors open at 7 p.m. for wine and conversation. The performance begins at 7:30 p.m.

Tickets for the Friday concert series are $99. The Saturday Salon series tickets are $390, and the Sunday series is $120 for the six concerts. A combined Saturday and Sunday season ticket is $450.

To purchase, and for more information: chambermusictulsa.org.

Scott Seaton was chosen for the position following a nationwide search and audition process that stretched over two seasons because of the COVID-19 pandemic.

Tulsa run of gritty 'Oklahoma!' revival postponed due to its depictions of gun violence

The recent spate of mass shootings prompted "the difficult decision" to hold off on the production while Tulsans "are still grieving a terrible tragedy," officials said Wednesday.

NewView Oklahoma will host a unique event to help people better understand some of the challenges faced by the visually impaired.

Rides can be reserved on Saturdays through November, weather permitting.

Series will feature five scholars taking on the personae of figures who were at the heart of some of the major issues that defined this decade.

The release date has been announced for the sequel to ‘Ghostbusters: Afterlife’

How Natalie Portman got taller for ‘Thor: Love And Thunder’

How Natalie Portman got taller for ‘Thor: Love And Thunder’

Mandy Moore cancels remainder of U.S. tour to focus on health during pregnancy

Mandy Moore cancels remainder of U.S. tour to focus on health during pregnancy

The Kalichstein-Laredo-Robinson Trio will perform this fall without pianist Joseph Kalichstein, who died March 31 at age 76.

The Toronto-based Rolston Quartet will present a selection of music by female composers for its concert, Feb. 17, at ahha Tulsa.