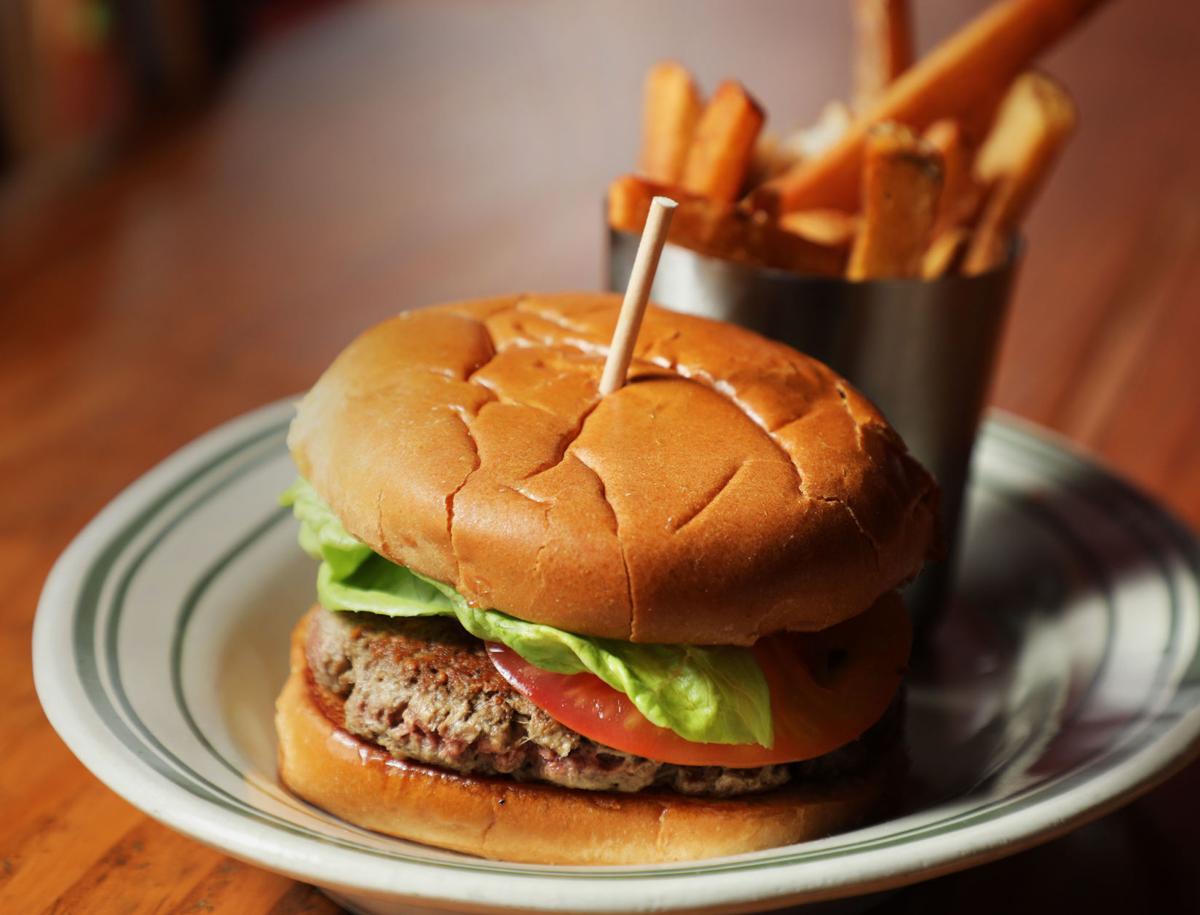 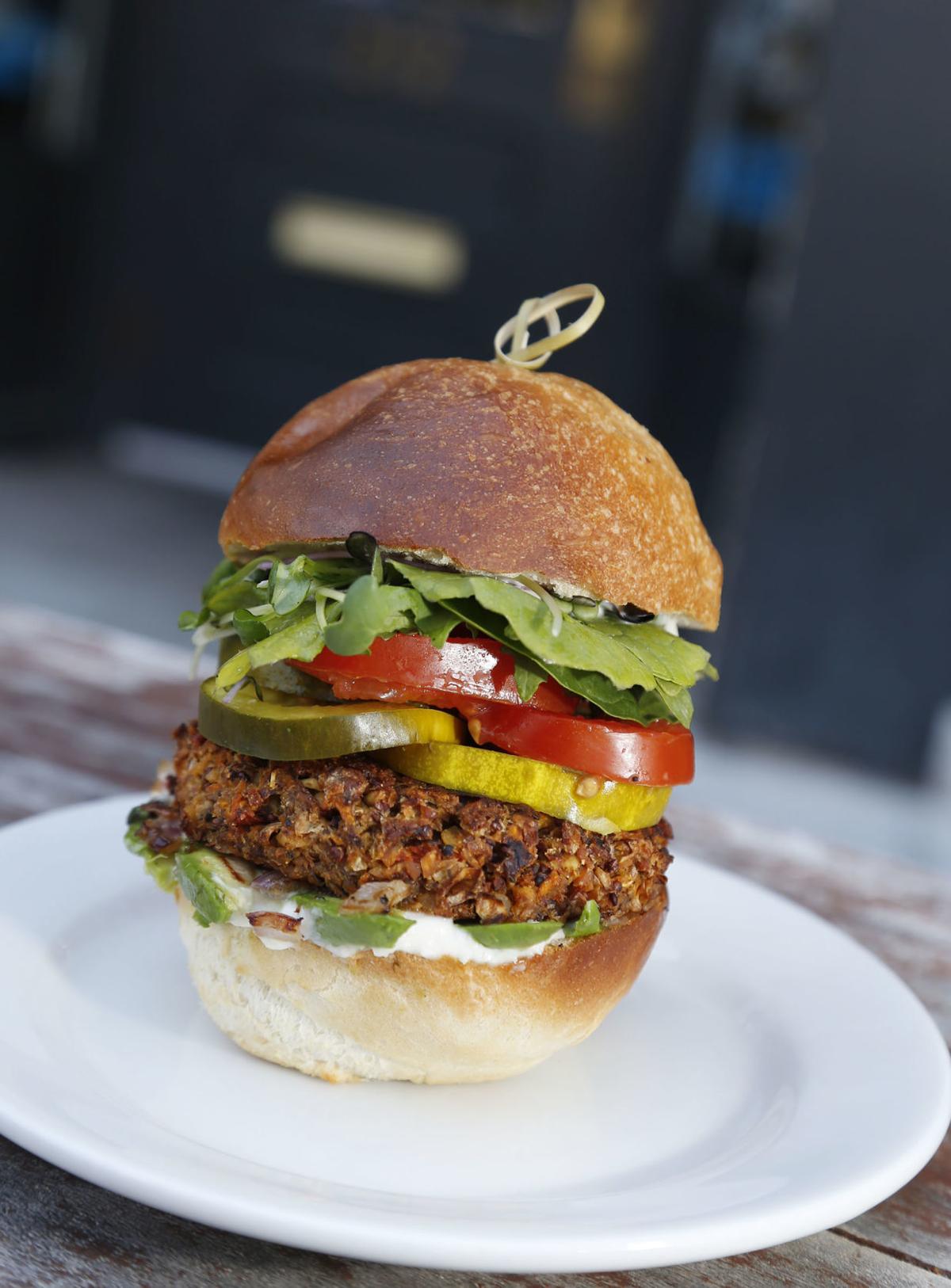 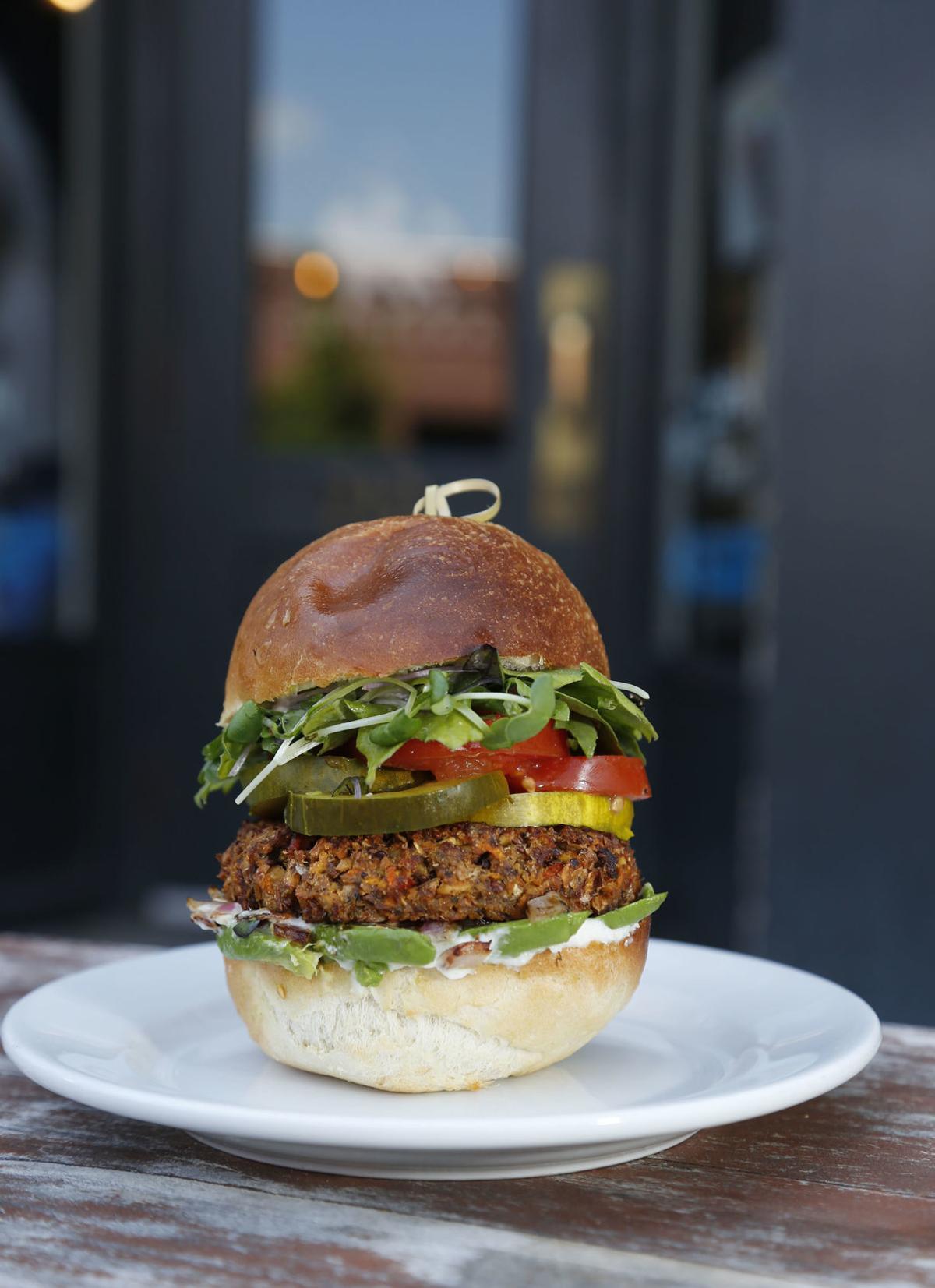 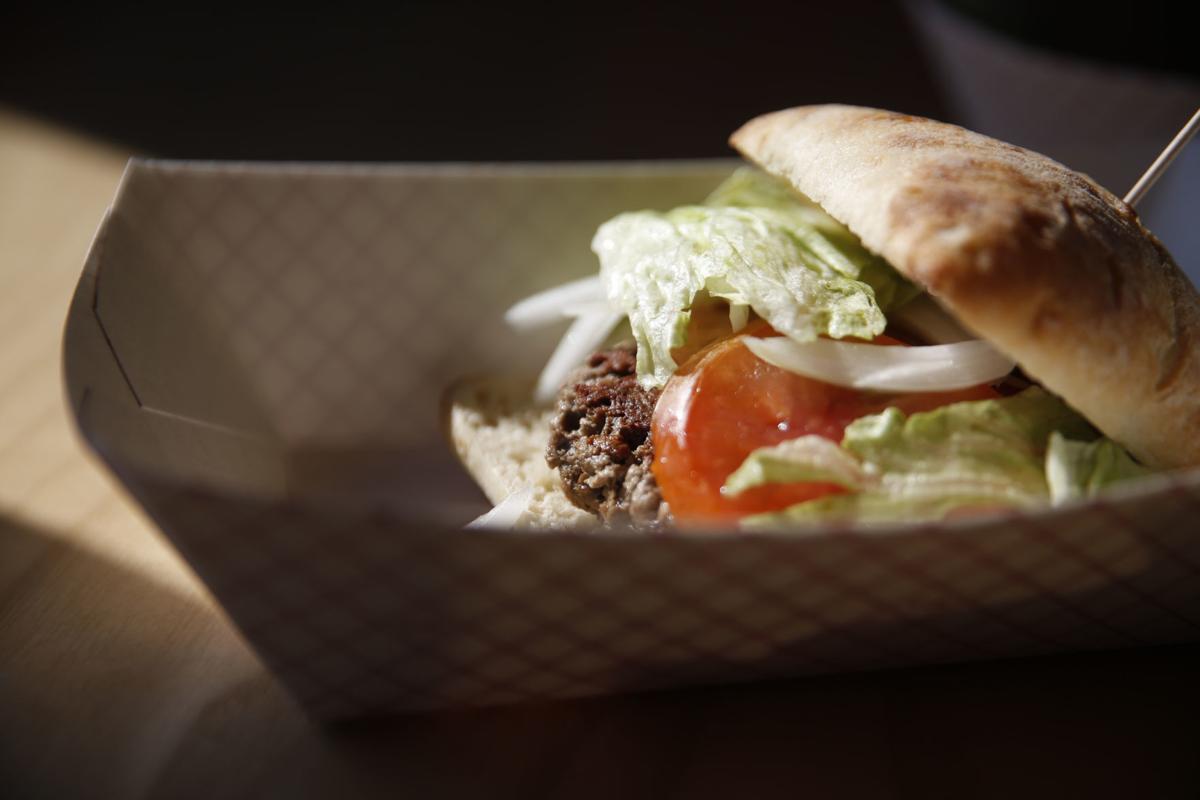 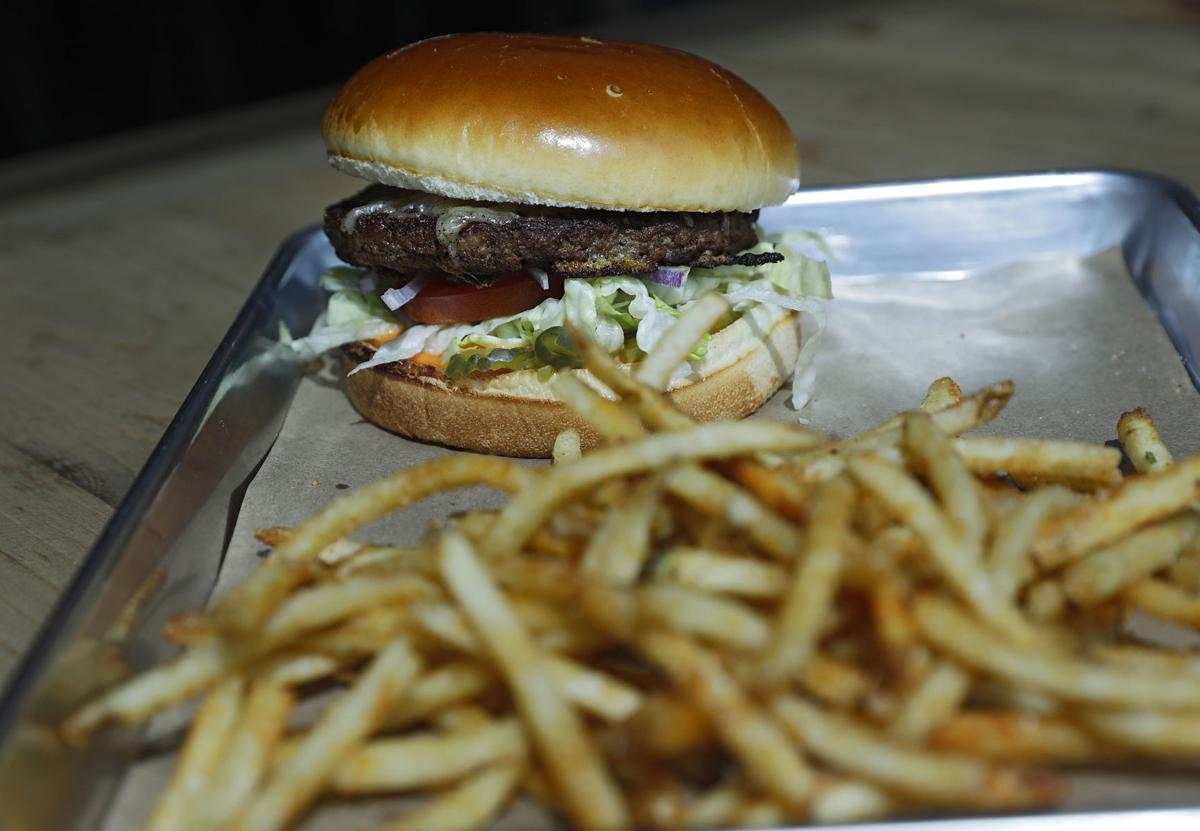 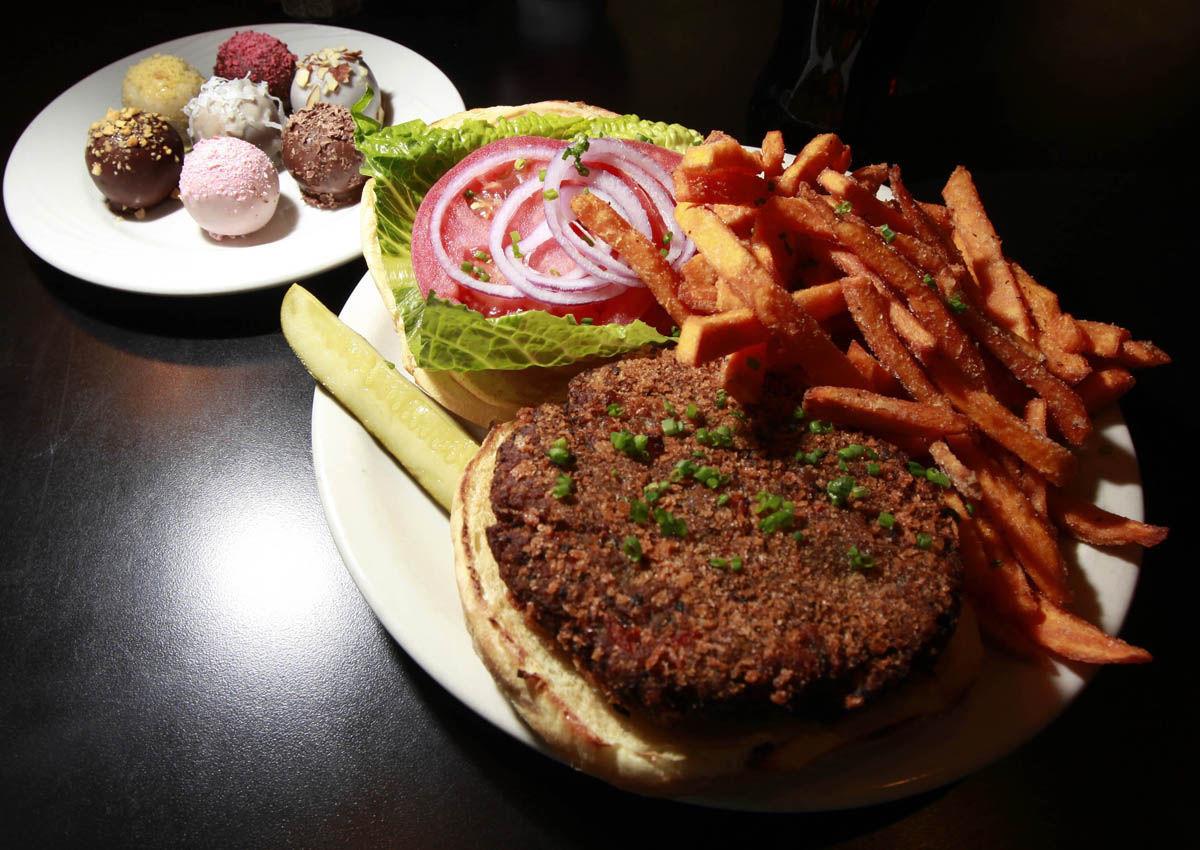 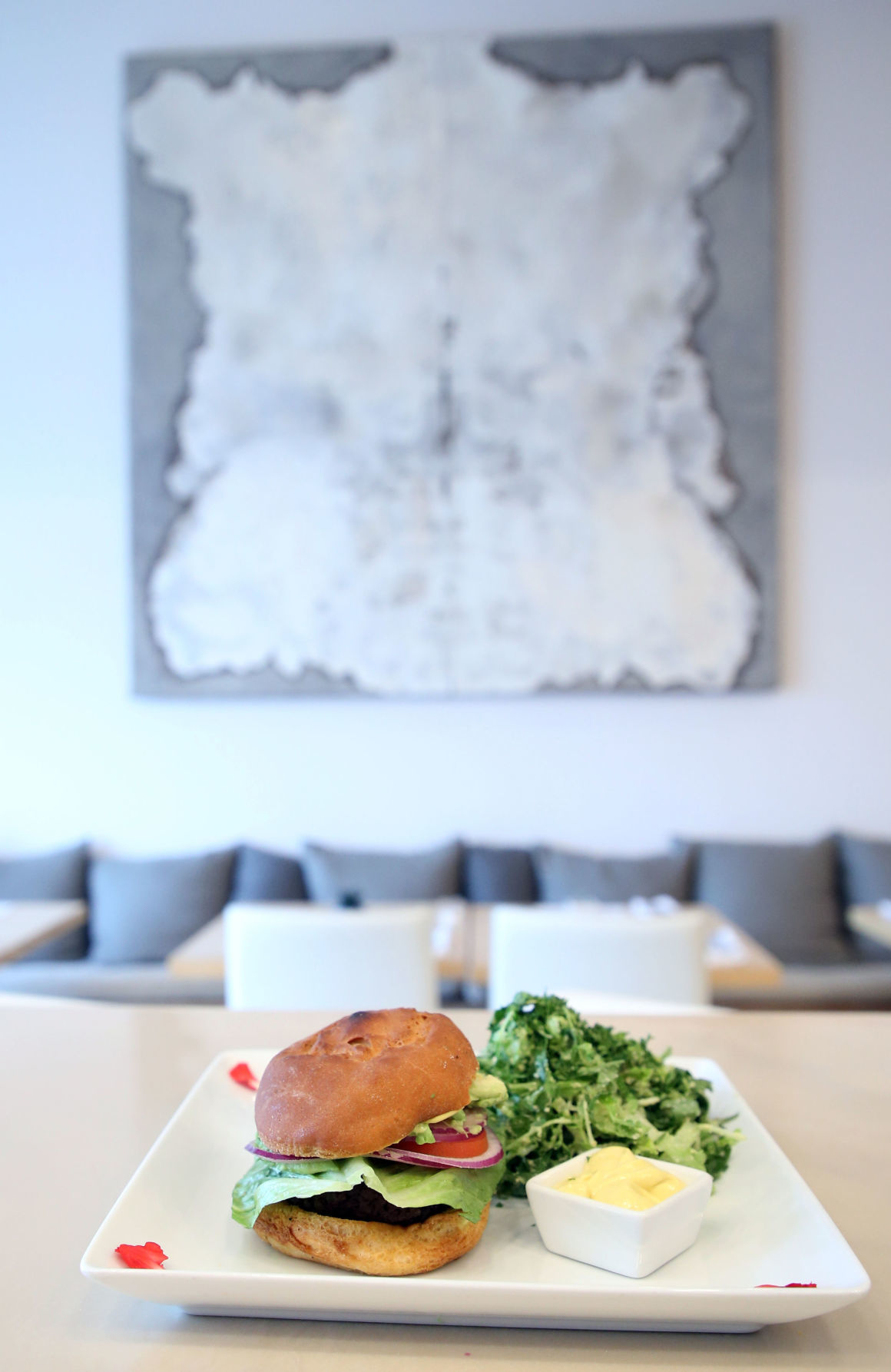 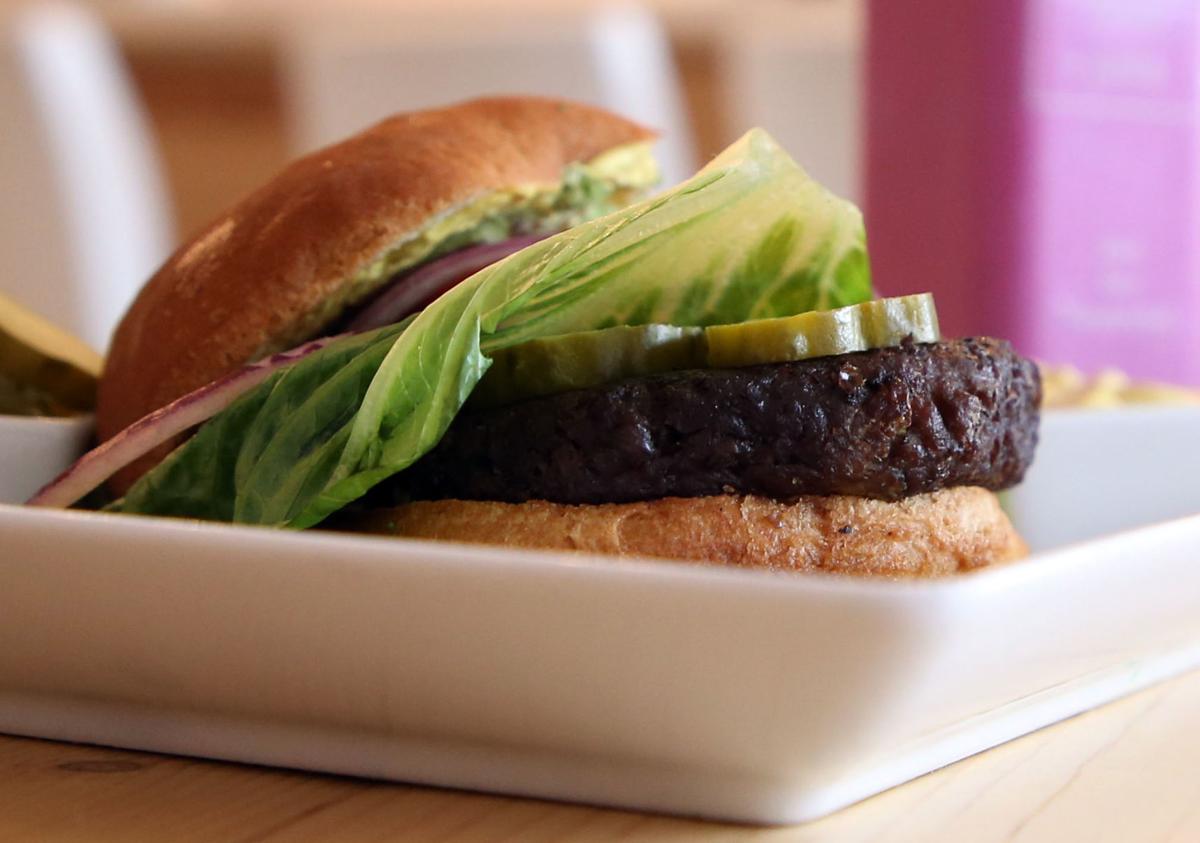 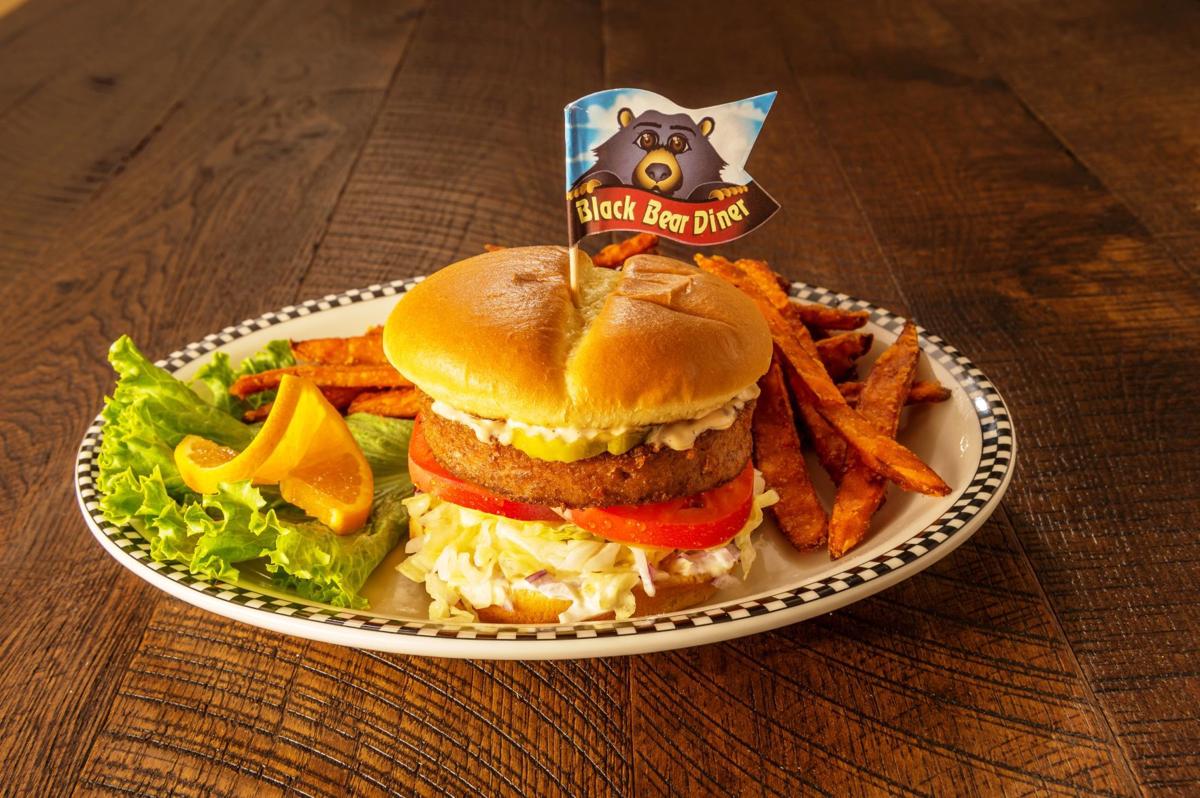 Conquering the “Impossible” just got a lot easier.

The Impossible Whopper replaces the usual patty buried underneath lettuce, tomato, pickles, onions and lashings of ketchup and mayonnaise with a patty made primarily of soy protein, fermented genetically engineered yeast, and coconut and sunflower oils, all bound together by methylcellulose.

It’s the creation of a California company called Impossible Foods, which has been working to create meat alternatives that more closely mimic the taste and texture of actual meat.

The Impossible Burger also is not the only plant-based meat-mimicker on the fast-food market.

Earlier this year, Carl’s Jr. began selling the Beyond Burger, which uses peas, mung beans and rice to create its protein, along with coconut oil, cocoa butter and beets, which, according to the Beyond Meat website, is what gives the patties their “medium rare” look. (The Beyond Meat website says its products are not made with soy, gluten or genetically modified organisms.)

Of course, the idea of people dedicated to a plant-based diet wanting something that looks and tastes like meat does seem a bit disingenuous.

“That’s kind of how I think,” said Rob Stuart, co-owner of Tulsa’s Chimera Cafe, which has offered a plant-forward menu since opening in 2013.

“Our whole concept is vegetarian, although we do use pasture-raised beef and fresh, local chicken and eggs in some of our dishes,” Stuart said.

Chimera has its own variation on the burger, the Free Mason Burger, named for the former employee who devised the recipe for the patty, which is made with quinoa, chickpeas, carrots, sweet potatoes and mushrooms and served on a house-baked bun.

“It’s been one of our most popular dishes from the moment we put it on the menu,” Stuart said. “I think people are surprised at how satisfying it is. It gives you that feeling of satiation that you get from a burger without being too close to the real thing.

“Even though these alternative meat products are plant-based, they are still very highly processed, and we try to avoid that,” he said. “We figure people would prefer eating real food.”

Still, with the Intergovernmental Panel on Climate Change claiming in its most recent report that more people shifting to a plant-based diet, and reducing the demand for meat and dairy products, could help forestall the effects of climate change, the ability to visit a fast-food franchise and order what looks to be a hamburger but has more in common with a salad might seem to some like a “winner-winner vegan dinner.”

“It wasn’t because I didn’t enjoy the taste of meat, but I’ve always been an animal lover, and it seemed a bit hypocritical for me to have animals killed for me to eat,” Masters said. “And modern corporate farming practices being what they are, it just seemed the right thing to do.”

Masters said she has tried a number of alternative burgers over the years.

“First, there was the Garden Burger and the Boca Burger, which at the time we thought were great,” she said. “Then came the Morningstar Farms’ Spicy Black Bean burger, which was very good. But the Beyond Burger was like the Holy Grail. It comes as close to the taste and texture of meat as anything I’ve tried.”

Masters said that some local restaurants offer the Beyond Burger, including Lone Wolf Banh Mi, which has it as an option for its Thursday Burger Nights. Beyond Meat products are also available in some local markets, such as Whole Foods and some Reasor’s, Walmart and Akin’s Natural Food locations.

As for the Impossible Burger, in addition to area Burger King outlets, it is available at local restaurants such as Local Bison and McNellie’s, where Masters first sampled the product.

“It was OK, nothing spectacular,” she said. “To me, the Impossible Burger is more like your basic diner burger. The Beyond Burger is a lot thicker, and it reminds me of the burgers my dad always used to make.”

Masters’ assessment of the difference between the Impossible and the Beyond burgers coincided with the Tulsa World’s own taste test of the two products. The Burger King Impossible Burger had a more mealy texture and a slightly off-putting aroma; some tasters said they really could not taste the burger amid all the vegetables and condiments that make up a Whopper.

Conversely, The Beyond Famous Star from Carl’s Jr., which is dressed similarly to the Whopper (lettuce, tomato, onion, pickle, mayonnaise and a “special sauce”), came much closer to having the taste, texture and appearance of beef. It was something we would consider ordering again.

While the Impossible and Beyond burgers are made from plant-based materials, they are not “health food.” According to nutritional information supplied by Burger King and Carl’s Jr., the Impossible Burger is not much different from a regular Whopper.

The total calories, amounts of fats and protein are about the same, with the Impossible patty containing more sodium (1080 mg) and carbohydrates (58 g). The Impossible Burger was much lower in cholesterol (10 mg) than the Whopper (90 mg).

Masters understands that, like any sort of fast food, even a plant-based burger is an occasional treat.

“It’s nice to be able to go through a drive-through and get something vegetarian that isn’t just a salad,” she said.

What the Ale: It is summer and time for beer, see what is new

What the Ale: It is summer and time for beer, see what is new at liquor stores. Joe Hull IV with Modern Spirits takes us through some of the new summertime beers

The city's biggest concert venues have been mostly silent during the COVID-19 pandemic. When will concerts return to BOK Center and casinos?

Martin Scorsese said he is thrilled to start production in Oklahoma.