Gene and Shirley May, seen here with their granddaughter Chelsea Wood, died three days apart this month after testing positive for COVID-19.

They weren’t showing symptoms, but Gene and Shirley May got tested as a precaution after an employee came down with COVID-19 at their assisted-living center in Grove, two hours northeast of Tulsa.

The couple hardly ever left their own private suite, where 85-year-old Shirley suffered from dementia and 87-year-old Gene was fighting pneumonia. Only a handful of people went inside. And the infected employee, as far as anyone could tell, never came into contact with them.

“I wasn’t very worried, to be honest,” says Kevin May, their 57-year-old son who lives in the small town of Elgin, near Lawton. “It was a real shock when the tests came back positive.”

High-school sweethearts who met on a blind date, the Mays became well-known to generations of students at Oral Roberts University, where Gene taught chemistry from 1967 to 1995. He never missed a Golden Eagles home game.

“He would buy a program and keep track of every shot and free throw for every player,” Kevin says. “If his view was blocked or he got distracted and missed a shot, he would turn to me and ask, ‘Who shot that?’”

His mother would often invite the entire basketball team to dinner.

“And she was always amazed by how much they could eat,” Kevin says.

Diagnosed Nov. 1 with COVID-19, Shirley had no health complications, other than age and dementia. And the hospital sent her back to the assisted-living center. Gene, however, already had pneumonia as well as diabetes and chronic heart problems. Doctors in Grove sent him to a hospital in Tulsa.

“They told us right away that he didn’t have much of a chance,” Kevin says.

Three days later, Kevin watched through a window in the ICU while his oldest brother stood at their father’s bedside.

“At least we got to be there when the moment came,” Kevin says.

Oklahoma reported record numbers of hospitalized COVID-19 patients this week, while the state also set new highs for its rolling seven-day average of new cases and fatalities. More than 1,400 people remain hospitalized with confirmed or suspected cases, with more than 400 in intensive-care units.

In retirement, the Mays became involved in the Gideons, an evangelical group devoted to distributing free Bibles. The always kept a box of Bibles in the back seat of their car, just in case they found an opportunity to hand them out. And every time they ate at a restaurant, Gene would leave the tip while Shirley left a copy of the New Testament. 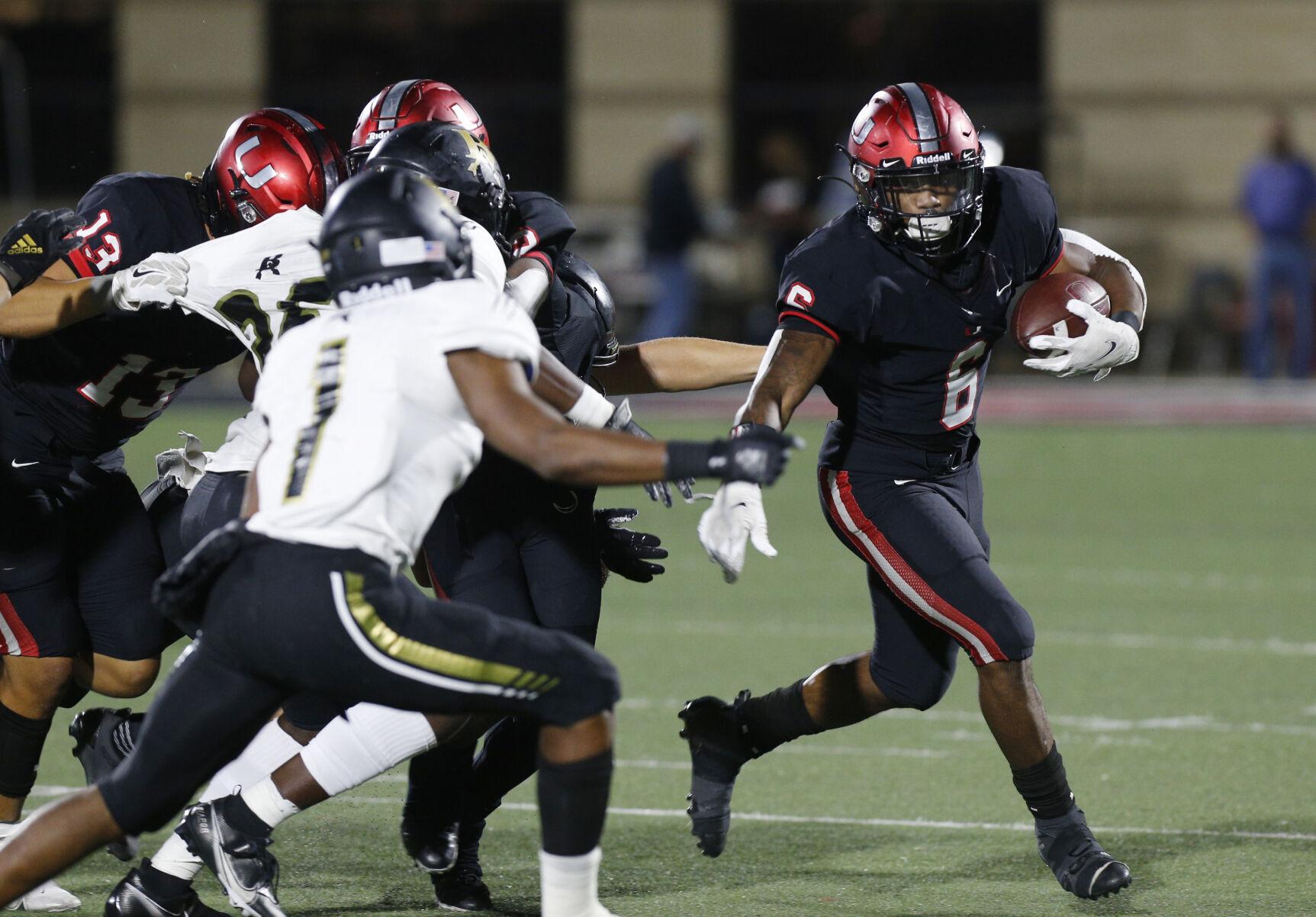 An Oklahoma lawmaker who has been aggressively pushing conspiracy theories about the presidential election said Friday that he is just concerned about “integrity” and will accept whatever courts decide about President Donald Trump’s apparent loss to Democrat Joe Biden.

“It’s important to get it right, and if Joe Biden is our president when we’re done with this, so be it,” said Rep. Kevin McDugle, R-Broken Arrow.

In speeches and on social media, McDugle has repeated Trump’s claim that he trails in both the popular and electoral college votes because of “rampant fraud.”

“Don’t believe the lies about not having evidence,” McDugle, who represents most of Wagoner County, said in a social media post during the past few days.

In fact, election experts say the Trump team has presented little to no evidence of fraud or serious mismanagement, despite repeated promises to do so.

The situation highlights an ongoing and apparently growing disconnect among Americans.

“There’s these two messages out there,” McDugle said: “one that there’s all this (fraud) and the other is that there’s not.”

As an example, when it was pointed out that it has not been proved that Dominion election software “flipped” millions of votes in Biden’s favor, as McDugle and others have asserted, he said, “Where are you getting your information, because where I’m getting mine says just the opposite.”

McDugle and probably many others think the national media and Trump’s critics are not being honest about their biases.

“The message that’s been laid out for a long time … is that if the election doesn’t go the way we want, there must be cheating in the process,” McDugle said. “But when Trump says it, all the sudden there is no election (cheating).”

McDugle says he just wants Trump to have his day in court, but alarms have sounded in recent days about the president resorting to direct pressure on state and local election officials.

Others say they suspect that the claims of election fraud and other maneuverings are not about winning court cases but about delaying and perhaps blocking Biden’s eventual confirmation as the president-elect.

They also worry that the Trump campaign’s loud and so far unproven claims will permanently damage faith in the election system McDugle says he’s trying to protect.

The suggestion seemed to take McDugle aback. He said he suspects that election fraud has been commonplace “since the second term of (Bill) Clinton,” but he offered no specifics.

“The one thing that we have in this country that separates us from anyone else is integrity in elections,” McDugle said. “In America, the people get to decide. The people get to choose. If that process is compromised, then no one has any confidence. … If the system is rigged or cheated, then we’ve lost everything.”

Earlier this week, most Oklahoma Republican legislators signed a letter to swing state lawmakers asking them to assert full oversight of elections. It includes a line that Oklahoma Democrats said encourages the overturning of elections.

The line reads: “If a legislature were to decide that, as a result of fraud or some other reason that undermined the validity of the election, that the results will not be trusted, they would be obligated to appoint Electors that would represent the will of the people.”

The Democrats object to the suggestion that Legislatures are free to throw out election results they don’t like. Republicans say the key phrase is the last one, which specifies that electors must “represent the will of the people.”

House Majority Leader Jon Echols, R-Oklahoma City, said all the letter asks is for states to follow the law and “count legal votes and not count illegal ones.”

“It’s dangerous if we set up a world where if we say, ‘Count the legal votes; don’t count the illegal votes,’ it is somehow controversial,” Echols said.

“The No. 1 call I’m getting is: ‘What’s Oklahoma doing about the election,’” Echols said. “I have to tell them I don’t have a role in election integrity in Michigan or other states.”

Echols said Trump is entitled to make his arguments in court, and he dismissed the notion that the president might try to hold onto his office through other means — or at least do so successfully.

“Right now,” Echols said, “it looks like Vice President Biden is going to be the next president.”

Tulsa mayor says State of the City is strong

Local
In the red: 35 of 42 Tulsa County ZIP codes have 'severe and uncontrolled' COVID-19 spread

Thirty-five of 42 Tulsa County ZIP codes are red for “severe and uncontrolled” COVID-19 spread on the latest Tulsa Health Department map, updated Friday. The number was 22 a week ago.

Red signifies that outbreaks are present and worsening, with contact tracing capacity strained or exceeded, according to the Tulsa Health Department. The map shows the other seven ZIP codes in the county as orange, which means a high risk with high levels of transmission.

THD Executive Director Bruce Dart noted during a Thursday news conference that the agency encourages people to stay home if their ZIP code is red.

Dart said the county last week surpassed the 4% mark for how many of its residents have tested positive for COVID-19, or about 26,000 people.

The county’s seven-day rolling average of new cases was at 394 on Thursday and rose to a record 414 on Friday.

“If this trend continues, we will surpass 5% of the population testing positive within 11 days,” Dart said Thursday. “Five percent is around 32,500 people.”

“This means it’s only taking a few weeks now to increase our percentage of people who have tested positive,” he said, adding that more than 2,000 Tulsa County residents have been hospitalized for COVID-19 since the pandemic began.

The outlook isn’t any better statewide.

Dr. Dale Bratzler, the University of Oklahoma’s COVID chief, noted on Friday “very dramatic increases” in rural transmission of the virus with some areas experiencing one-third of their entire caseload since the pandemic began within the past week.

The state’s seven-day rolling average of new daily cases hit a record 2,843 on Friday after 2,921 cases were reported the same day.

“If you look at our total counts for the week, it’s actually pretty scary,” Bratzler said. “We’re just under 20,000 new cases in Oklahoma this one week. And 110 Oklahomans have lost their lives this week.”

As of Friday, the seven-day rolling average of new daily hospitalizations hit a record 130, with 184 reported on Friday. The single-day record was 206 reported Wednesday.

Oklahoma set a record 1,434 COVID-19 hospitalizations in a Tuesday report, and a record 447 of those patients were in intensive-care.

“Many of my colleagues now feel that we’re almost inevitably going to overload the hospitals in Oklahoma in the relatively near future,” Bratzler said. “Just consider the fact that we had 20,000 new cases of COVID-19 in Oklahoma in the past seven days, and typically 10 to 12% of the people who test positive end up in the hospital.

“So we could see an additional 2,000 people in the hospital over the next week or so.”

Gallery: How to prepare for a COVID-19 winter